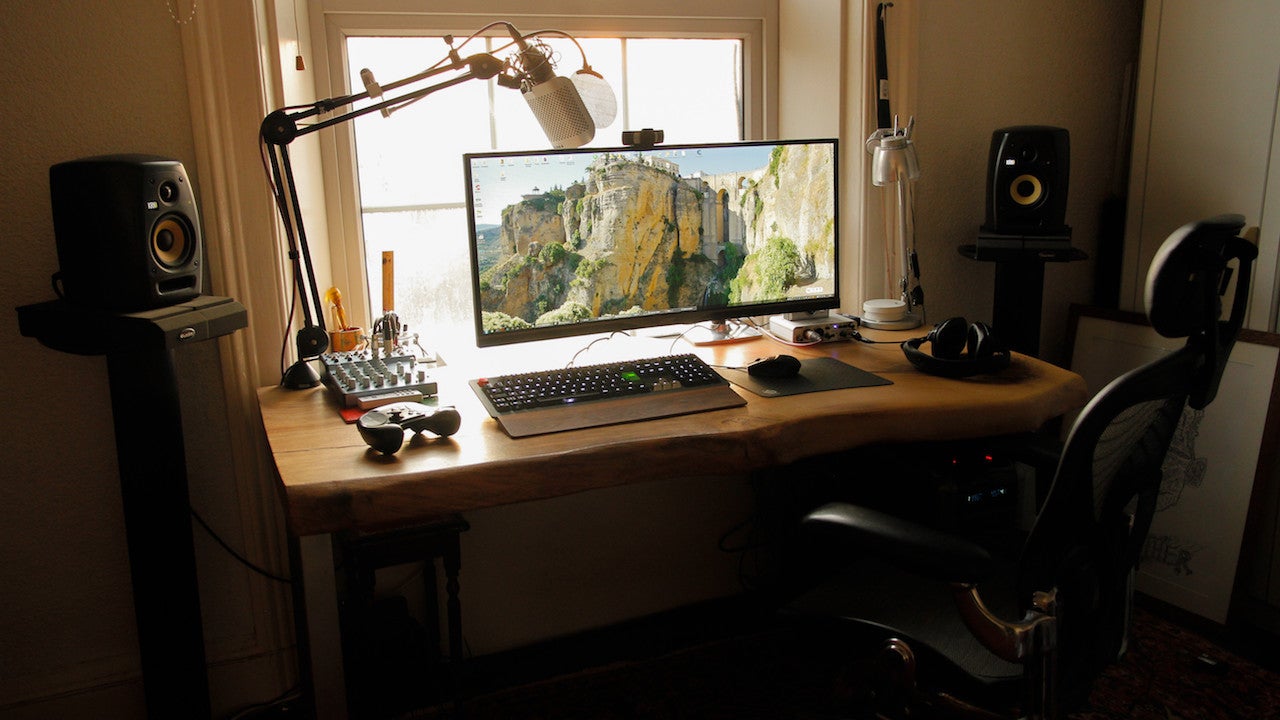 Over on the battlestations subreddit, damienslash offers up his new setup to the crowd, complete with a beautiful custom desk, ultrawide monitor, and some other touches we can really get behind.

Damienslash doesn't explain in one post everything that's going on here, but if you scroll through the thread you'll be able to piece everything together pretty quickly. The desk itself is a beautiful, heavy wooden piece custom made by a manufacturer in the UK he worked with to have it built. He's using a Rode NT1A mic and PSA 1 microphone stand, and KRK VXT4 speakers. He has all the audio gear plugged into Edirol UA25 USB Interface for his computer.

Speaking of the computer, that keyboard there is a Ducky Legend mechanical, with the Logitech G9X as the mouse to the right and of course, a Herman Miller Aeron chair for those long hours at the computer. The display, for its part, is an Acer, likely one of the Predator series, although it's not explicitly named in the thread.

For more, hit the link below and check out the full thread, or head to this massive version of the space over on Imgur.

My new Ultra Wide and Oak Top at Sundown [Reddit]