Google has officially released the Google Pixel, its newest smartphone range. What makes it special? Pixel is the first phone to have Google Assistant built-in, taking advantage of advancements Google has made in the machine learning and artificial intelligence (AI) space. The idea is to bring a personalised Google experience to every user. The Pixel also has the best smartphone camera ever made and is built for mobile virtual reality. Read on to find out more.

Google had sent invites out to Australian journalists for an event on October 5 at 3am AEDT. The invitation was vague but it was quite evident that it was going to be for the announcement of the Google Pixel, thanks to the many accidental leaks made by telcos abroad.

Google finally provided more information on the Pixel, and it did not disappoint.

What’s So Special About Pixel?

Hardware isn’t new for Google, but what makes the Pixel phones exciting is the company’s ambition to bring a personalised Google experience to the handsets’ users. This is done through the integration of Google Assistant which brings all the advancements the company has made in machine learning and AI. Google Assistant, an evolution of what was formerly known as Google Now, gets smarter and is able to help users get things done faster through voice commands; it’s more conversational than Google Now to make it easier for users to give it directions.

The AI also ties into the Pixel’s camera. The camera sounds impressive on paper: it received a DxOMark score of 89; that’s the highest score that has ever been given to a smartphone camera. Google was meticulous in ensuring that the 12.3-megapixel camera’s hardware and software were optimised so that users can take great quality photos with the less effort.

Here’s where the AI comes into to it: the camera has a feature called Smartburst which takes a series of photos and the built-in AI automatically selects the best photo. It also has HDR+ for clearer and more vivid photos with zero shutter lag.

Google is also boasting that the Pixel’s camera has the shortest capture time than any other smartphone camera thanks to the speed of the app. Video stabilisation lets users take smooth 4K clips and the handset features unlimited cloud storage in Google Photos so it won’t run out of memory to store photos and videos.

Besides quick charging that gives you up to 7 hours of power with 15 minutes of charging and automatic updates that run without being prompted, another laudable feature on the Pixel is 24/7 live customer care. It’s built right into the handset which means users can reach Google support agents, by phone or online chat. 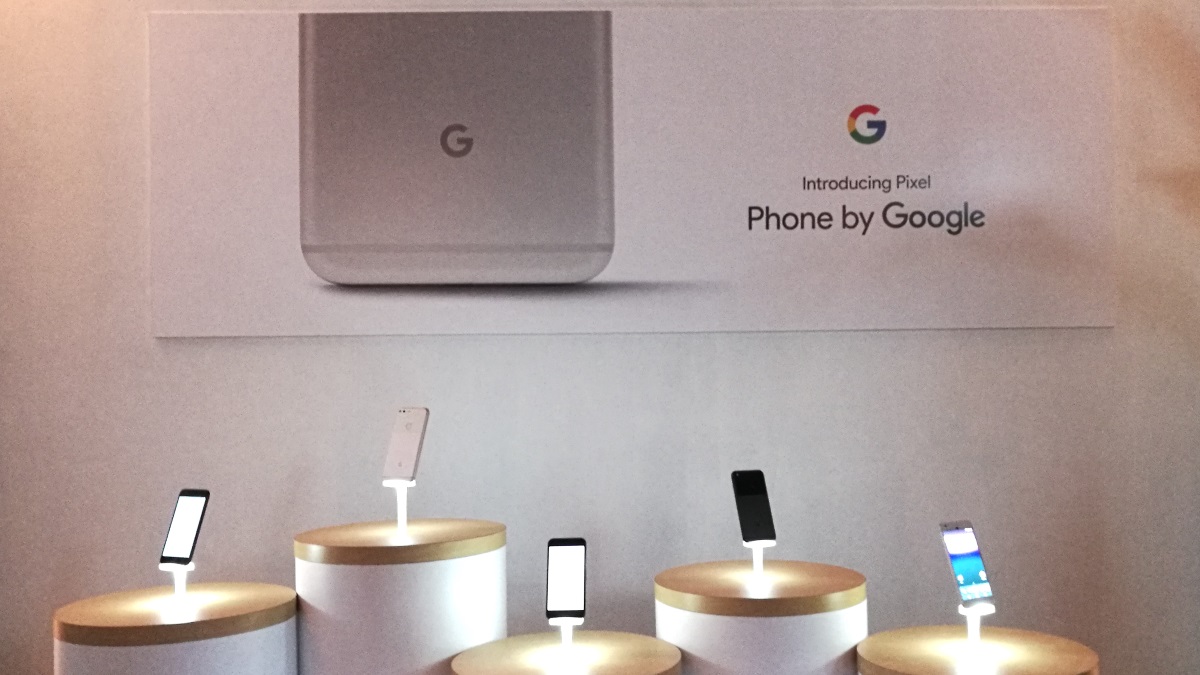 Australians can pre-order the smartphones from today and the official release date is October 20.