Microsoft’s Evernote To OneNote Conversion Tool Is Now On Mac 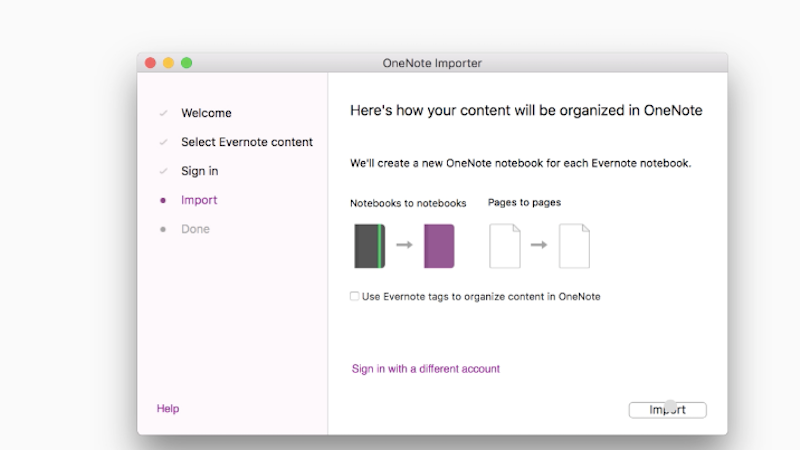 Mac: When Evernote changed up its pricing plans, the appeal of Microsoft’s alternative, OneNote, skyrocketed. Unfortunately, the only way to import your notes from Evernote into OneNote was through a Windows-only tool. Now that tool’s on the Mac.

OneNote is easily the most feature-congruent alternative to Evernote, so it makes the most sense if you love Evernote, but don’t like the new price plans. The import tool will pull over all your notes and notebooks and try to organise them as best as it can. It’s a pretty self-explanatory process, but you’ll find the guide for using the tool and the download link over at Microsoft.