Sitting around a table with good friends is the best way to play tabletop RPGs like Dungeons & Dragons, but that’s not always an option. If your friends have moved away, live overseas or don’t want to brave the traffic, there’s plenty of ways to make game night happen no matter where your group is located. As a game master (GM), your job is to build an adventure, manage it as it unfolds and help your players have a good time. To do that, you need the right set of tools, like books, character sheets and miniatures. But if you’re playing with friends over the internet, you’ll need a set of virtual tools to get the job done.

Step One: Pick the Right ‘Virtual Tabletop’ for Your Group

A virtual tabletop is the software you’ll actually used to do all the planning for your digital campaign, as well as where you’ll gather to roll, play and role play. When it comes to virtual tabletops, there are four major players to consider: Roll20, D20Pro, Fantasy Grounds and Tabletop Simulator.

Out of the virtual tabletops available, Roll20 is the most popular. It’s been around for a while, it’s easy to work with (there’s a ton of info on how to run games) and it’s free to use. All you need is Firefox or Chrome on a Windows, Mac or Linux machine. And there are free apps for both Android and the iPad. It has built-in text, voice and video chat — including support for Google Hangouts — and digital character sheets for RPGs like D&D, FATE and Shadowrun. With the tabletop designer, you can create complicated battle maps with either square or hex grids (or no grid), use artwork tiles and you can hide obstacles and objects from PCs until they get in range. Roll20 also has a bunch of other useful tools built-in, like dice rolling macros, initiative trackers, support for custom cards and dice, a “Find a Group” function for those who don’t have others to play with and a media player you can use to play sound effects and background music.

Using Roll20 is free for the most part, but if you want great looking world maps, battle map tiles or creature and character tokens, you’ll need to buy them from the Roll20 Marketplace. You can buy pre-made campaign modules there as well, including official D&D adventures like Lost Mine of Phandelver ($US19.99 [$26]). There are other places you can find decent art assets, however. Some people post their own collections online, and many collections are quite extensive. Roll20 has a sizeable, active community that will answer questions or share tips, and you can run almost any game with it. If you’re looking for something that’s cheap, easy for GMs and players to use and will cover most of your bases, it’s a solid choice for GMs and players alike.

D20Pro is mainly designed to run Open Game Licence 3.5 (basically D&D 3.5), D&D 4E and the Pathfinder Roleplaying Game, but if you’re planning to run one of those games, this virtual tabletop is definitely worth a shot. You can build complicated battle maps with hidden areas and fog of war, automate initiative and combat rolls and effects and you have access to an extensive library of maps, creatures, characters and items.

D20Pro is similar to Roll20 in function and visual style, but differs in a few major ways. D20Pro is a dedicated application you need to install on a Windows, Mac or Linux machine (no mobile apps); it doesn’t have as many game rulesets built-in; and it’s not free. There’s a 30-day free trial period, but a Player licence is $US10 ($13) and a Full GM licence is $US30 ($39). They also have a marketplace where you can buy game modules and art assets, as well as a ton of how-to guides to help get you started. If you know your group will be playing Pathfinder, OGL 3.5, D&D 4E or plan to stick with d20-based games in general, D20Pro is the way to go. That said, it has a steeper learning curve than Roll20, especially for GMs. But if you’re willing to buckle down and learn its ins and outs, it can be a really powerful app.

Like D20Pro, Fantasy Grounds is a standalone client for Windows, Mac and Linux (also available on Steam). It supports a ton of officially licensed systems, including Dungeons & Dragons, Call of Cthulhu and Mutants and Masterminds. And because each system is officially licensed, there are great add-ons you can buy, like an easy-to-reference D&D player’s handbook, monster manual or dungeon master’s guide built right into the application. It also features neat 3D dice that roll out on the virtual table in front of you, battle maps you can build super fast, automated combat and a token library.

Fantasy Grounds also lets you export the modules you create so other users can play through your campaigns, or just pull some of the best parts and stick them in their own creations. There’s a demo you can try for free, but for complete access you’ll need to pay one of two ways. You can subscribe for the Standard or Ultimate editions ($US3.99 [$5] per month or $US9.99 [$13] per month), or buy it all outright at $US39 ($51) for the Standard edition and $US149 ($196) for the Ultimate edition. The Ultimate edition lets you host games for demo players (Standard edition can only host Standard and Ultimate players), so it’s basically a way to pay for everyone in your group. Not a bad approach if you’re trying to convince some friends or family to play with you.

Last but not least, Tabletop Simulator gives a more realistic virtual tabletop experience if that’s what you’re after. It lets you play almost any game in a 3D environment with realistic tables and physics (including VR support), so you can throw pieces across the room if you like. It doesn’t come with any RPG systems built in and ready to play, but the game is available on Steam so it has access to the Steam Workshop, where tons of modders have already started to add game systems like D&D, Android: Netrunner and even the Star Wars: X-Wing miniatures game.

It also comes with a bunch of classic board games, like chess, checkers and backgammon. If you’re looking for an application that’s more suited for a wide variety of tabletop game types — like miniatures and board games, not just RPGs — Tabletop Simulator is a great choice. It has voice and text chat built in, supports up to 10 players and allows 360° panoramic backgrounds you can use to change up the lighting and atmosphere. It’s available on Windows and Mac for $US19.99 ($26). 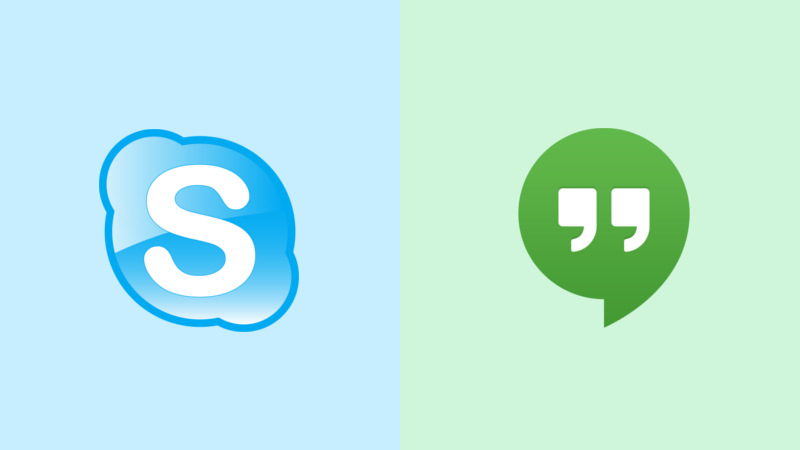 Playing by text is super slow and you don’t get to do fun voices, so it’s not ideal for play. Once you have your game prepared, you’ll need a good voice or video chat client for your whole group to use. Roll20 and Tabletop Simulator have voice and video chat built in, but the other virtual tabletops mentioned above only support text. And even if you plan on using Roll20 or Tabletop Simulator, you may not want to use what they have, so you’ll need to look elsewhere.

The two best choices out there are Skype and Google Hangouts. They’re both free, they both can be used in a browser, they both allow audio and video chatting and, chances are, most of your group will already have one or the other. Just make sure all of your players are in a relatively quiet environment, update their audio drivers (and apps if they’re using one) and use a decent microphone or headset. And, if possible, have everyone play on wired ethernet connections. Nothing kills an epic moment or slows a game down like having to repeat yourself because the audio cut out.

Step Three: Get Digital Copies of All Your Books and Materials 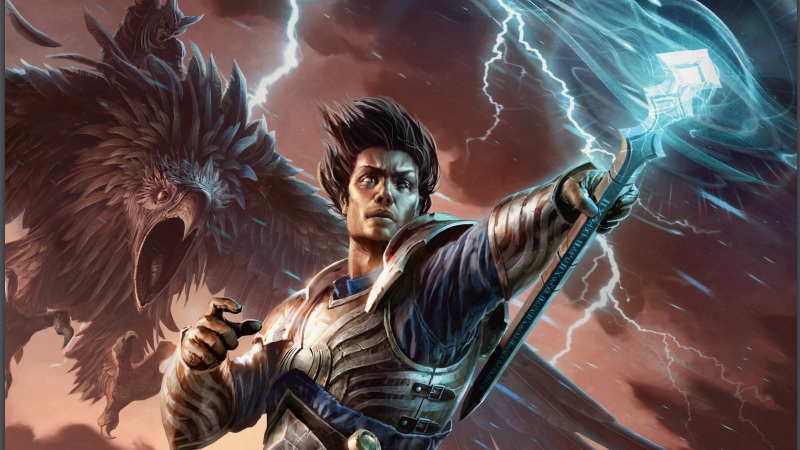 Sure, you can always use a real book while you play online, but why not have them on your computer as well in case you need to travel? Some tabletop RPGs offer official PDF versions of their rules and player handbooks, but it depends on the publisher. You can find a huge selection of PDF books for sale at DriveThru RPG, including Shadowrun, Chronicles of Darkness and the End of the World series from Fantasy Flight Games. If you’re looking for something fresh, RPG Now sells a ton of independently published RPGs. Many of the offerings there are super cheap or pay what you want, but they’re still a lot of fun. Be sure to check publisher web sites too. Wizards of the Coast, for example, offers a bunch of free D&D 5E supplement PDFs, and the core rule set (but none of the main books).

Some digital game books are hard to find, like official PDFs for D&D 5E’s main books or the Star Wars Roleplaying Game, but that doesn’t mean they don’t exist. Some people will scan their books into PDFs and let others download them, but it’s not exactly legal. Still, if you want a digital copy of a book you’ve already purchased, a quick Google search of “book title + PDF” will turn up what you’re looking for. Now you’re ready for step four: Putting it all together and having fun with your friends.