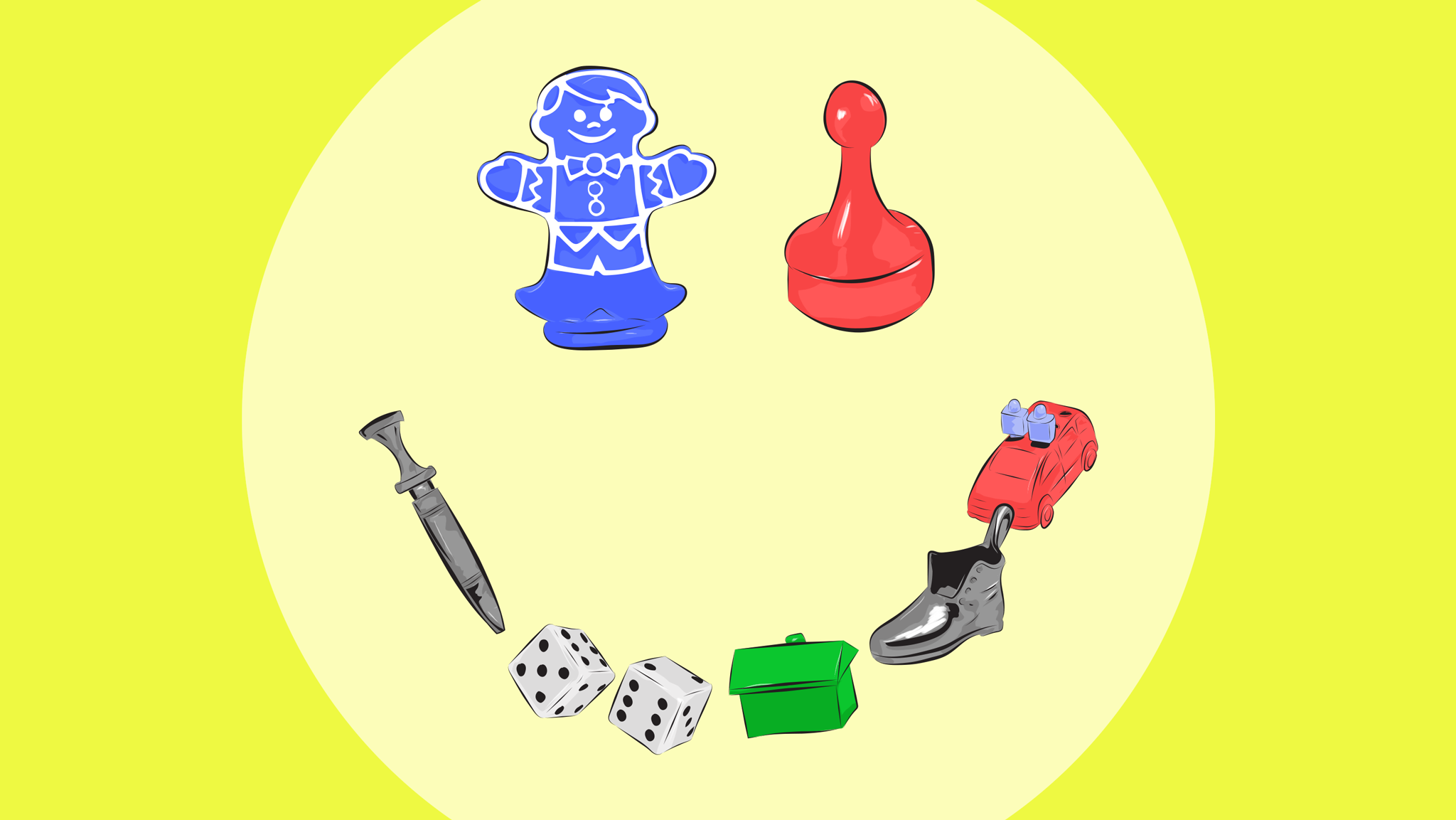 For the uninitiated, the world of board games might seem over-complicated, boring, or only for kids. You may know better, but if getting regulars to come to game night is a hassle for you, all you need is some clever ways to bring your friends and family into the fold and show them that just isn't true. Illustration by Sam Woolley.

Know Your Group and Get the Right Mix of Players

Make sure you know the people you want to play with well. If you can tap into their existing interests and passions, you'll both have a better time. Don't force a game because you really want to play it. Focus on making the event fun for everyone else. Ask yourself, will certain themes make them lose interest? Are they competitive or are they more passive? What kinds of games have they played before? A game like Arkham Horror may not be interesting to your friends if they don't like supernatural settings, prefer games that are competitive over cooperative and haven't played character-focused games before.

A large group of people with conflicting interests is more difficult to wrangle as well, so start small and focus on a few friends or family members that you want to convert. If you have a friend or two that are already into board games, it's not a bad idea to invite them along to play too. Having other interested people around will make it easier to set things up, explain rules, and maintain a good energy level.

Keep in mind, however, that not everyone will be interested in becoming a tabletop gamer. Some may refuse to try outright, and others will give it a shot and decide it's not for them. That's OK! You can't force someone to like something. Focus on the people that do show some interest and play with them. Who knows? Over time your straggling friends and family might decide to give it a shot when they hear about how much fun everyone else is having.

Get Them Hooked With "Gateway Games"

You don't want to make your friends and family dive head-first into a super deep game like Twilight Imperium, but you also want to show them a game that's more fun than Monopoly. That's where "gateway games" come in. Like a cheesy weed dealer in a '90s anti-drug ad, you need to peddle games to your inner circle that aren't too intense, but are interesting enough that they will be hooked for life. You want games that show them a good time, and may even make them want to try something a little heavier next time.

There are a few keys to picking a solid gateway game:

When choosing a gateway game, it's also a good idea to keep your audience's likes in mind. As the Cardboard Crusader blog explains, look for tangential theme relations. What are your friends and family into? If they like art, show them a game that's heavily influenced by art interpretation like Dixit. If they dig scary supernatural stuff, have them play a game of One Night Ultimate Werewolf. If they're into sci-fi, maybe a game of Star Fluxx. Or, if they are wannabe comedians, a game of Cards Against Humanity almost always ends in laughs. Here are some more examples of decent gateway games:

There are plenty more, but this list should give you a good place to start. Feel free to mention your preferred gateway game in the comments.

When you ask your buddies or family members to play a game with you, make an event out it. Asking them if they want to "come over and play some board games sometime" won't pique their interest if they aren't already interested in playing board games. You need lay out a plan to sell it a little.

Approach it the same way you would approach asking someone out on a date: with a specific time, place and suggestion for what you'll be doing. It should be a dedicated event, rather than a random party or hangout. Think of a few people you might want to invite, choose a game based on their interests, then invite them. If you have some friends that are into horror movies, for example, you might say "Hey, I just got this awesome game called Betrayal at House on the Hill. It looks kind of spooky. You guys want to come over to my apartment and play it Thursday night?"

If your friends still seem a little unsure, Zach Hillegas at Board Game Resource suggests you make the game just part of a day or night with more plans. Maybe you suggest watching a scary movie after playing Betrayal at House on the Hill as well, or suggest playing a game to relax after a long hike. If you surround the game with things your friends like, they will be more inclined to give it a try.

Bribe Them With Drinks and Snacks

Speaking of surrounding games with things people like, you can always bribe them with food and drink. Offer to make your friends or family dinner, or tell them you'll be ordering a few pizzas. If you have a dish you know your friends love, now is the time to wield its power. Whip up that fancy dip, roll up some bacon-wrapped avocado and cook some of your famous crab cakes.

Alcohol is a great way to bribe people into playing as well, and it can even make people feel more comfortable getting into a game if they don't normally indulge in such things. You can even make some board games into drinking games if you think that will encourage people to play. That said, alcohol also has the potential derail a game. You may have friends who don't drink, for example, who otherwise would love to play. For some people, alcohol means party time, and they won't want to focus on learning rules or paying attention. So keep that in mind while you plan out your game nights.

Remove as Many Distractions as Possible

Board games require a certain level of focus and investment to fully enjoy. That means the simplest distractions, like phones, TV, music and even normal socialising, are your greatest enemy when you're trying to convert people into tabletop gamers. You need to keep distractions to a minimum, but also keep the game moving so they don't find themselves wanting to be distracted.

Ask everyone to put away their mobile phones, keep the TV off and if you want to play music, make it something ambient that won't accidentally convert your game session into a party. If you're going to eat dinner, eat before you start playing. Let everyone socialise while they eat, so come game time, they will be ready to learn and play. Snacks are OK at the table, however, as long they aren't too messy (you don't want to ruin your game).

Most importantly, have the game set up before people arrive or finish eating dinner. It can take anywhere from five to 15 minutes to set up a game, and that time is crucial. If you wait to set up when everyone is ready to play, that's 15 minutes where people have nothing to do and might lose interest, think of other things they'd rather do, or even start doing something else. The last thing you want is to spend 15 minutes setting up a game and then find out everyone is in the living room watching a movie instead.

Know the Rules Inside Out, Be Enthusiastic, and Make It About Them

Going over a game's rules for too long kills the mood as well. Nobody wants to spend an hour going over rules for a game that plays for 45 minutes. It's critical to know the game you'll be playing inside and out. You need to know the rules well enough that you can teach them how to play on the fly and answer any questions they might have. Don't get frustrated if you have to repeat rules, and be patient. Even a fun game will be ruined by an angry facilitator. If you can keep things flowing and relaxed, they're guaranteed to have more fun and want to play again. It helps to be enthusiastic about it as well. If your friends or family see how excited you are about a game, that will encourage them to push past the learning part so they can experience the fun themselves.

Also, make the game about them. Games can be intense and competitive, but the first couple sessions isn't the time to focus on that. Your friends won't have fun if you're kicking their butts while they're trying to learn the rules. You don't have to let them win, just focus on having an overall atmosphere of fun. If that means occasionally fudging the rules, or creating fun new "house rules", so be it. Remember, you're trying to sell board games as something that people of all walks of life can have a lot of fun with.

Take Them to a Board Game Cafe or Game Store

If you have a board game cafe near you, invite a few friends to check it out with you. Board game cafes offer food, beverages (like a coffee house), and a ton of games to play for only a few bucks admission. Local game stores usually have games running every night that you can watch or even jump in on. Some stores will also have a collection of games that are available for anyone to play.

You can let your friends pick a game that looks interesting to them, and learn how to play it in an environment filled with other people having a great time doing the same thing. If you don't have a bunch of your own games, this is a great way to test the waters with someone and see what kind of games they might be interested in playing.