Google Maps Gives You A Wi-Fi Only Option, Warns You About Mass Transit Delays 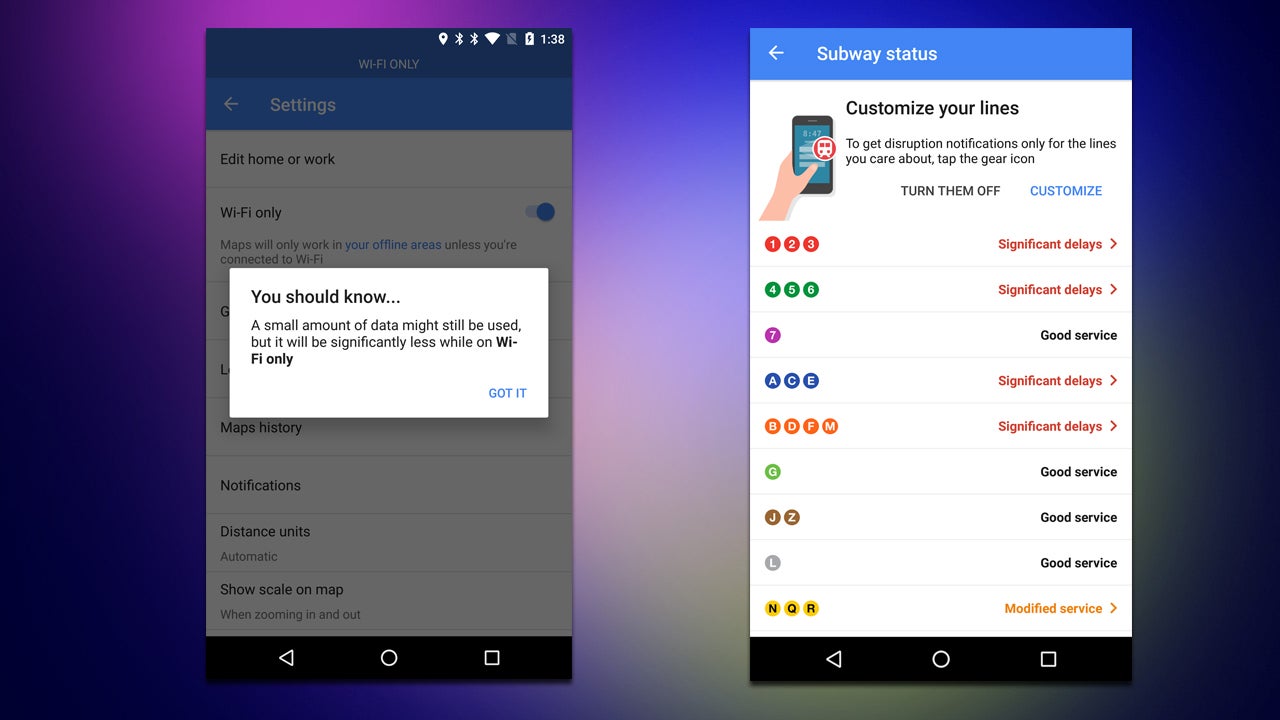 In the near future (or now, if you're lucky) Google Maps will be able to let you know when there's a major slowdown on your local public transit. You can also force Google Maps to only use data when you have Wi-Fi. As pointed out by Android Police, Google Maps is rolling out these two new features for a few users. The Wi-Fi only mode isn't much different from what already exists, but it's a little bit clearer. When you enable Wi-Fi mode, you cut off mobile data from Maps. The app notes that it may still need a little bit of data for normal operation, but it will save you a ton.

Mass transit warnings are far more interesting. If the trains in your city are suffering from a delay, the app will let you know so you can plan your route accordingly. You can even choose which lines you care about so you only get the notifications you need.

Some users have reported that these features are live, but they seem to be on a slow rollout at best. If you have it on your device, let us know! Otherwise, you might need to wait a bit.

Mariam Gabaji 26 May 2020 7:51 AM
Telstra's officially launched its much-anticipated 5G WiFi Pro — a new 5G mobile broadband device. Here, we take a closer look at its price and specifications in case you're looking for a tech upgrade.