“Electricity is sexy and very exciting!” Jessica Venning-Bryan, general manager for brand for Flick Electric Co, said. Flick is a start-up that’s shaking up the power business in New Zealand. Now, I’d say for most people, the idea of an electricity company doesn’t exactly match up with words like “sexy” and “exciting”. But just like how Flick is changing the way consumers consume energy, it’s also turning the stilted corporate culture associated with big power companies on its head. Their vibrant office is a reflection of that and in this week’s Workspace, we will be exploring Flick’s base of operating in Wellington.

Lifehacker’s Featured Tech Workplace series is sponsored by Samsung Tab Pro S: Work and fun all in one.

Flick started up two years ago as a business that aims to give consumers control of their power usage, but with a twist. Unlike major electricity retailers that generally bill customers based on a set price per unit of power, Flick has an app that lets its 12,000 customers track their usage every half hour. Flick’s pricing changes every half an hour to reflect the fluctuating costs of wholesale electricity – tracked by Flick using proprietary technology – and customers are charged accordingly.

Through the app, the company can alert customers when electricity prices are particularly low and that it may be a good time to do some power-intensive tasks such as drying their washing. Flick is also extremely environmentally conscious and encourages customers to take advantage of renewable energy when possible.

Despite operating in the power industry, which is dominated by established companies, Flick tries to distance itself from the traditional office environments that usually comes with the territory.

“When you’re building a company from nothing, you have the luxury to create a culture that is very indicative of modern business practices,” Venning-Bryan told Lifehacker Australia. Flick hasn’t taken this luxury for granted and his created a working space for its staff to thrive and collaborate.

The start-up moved into to an office previously occupied by global creative agency Saatchi & Saatchi just last year with just 16 workers. The team has now grown to just over 50 since then. The legacy of the previous tenants can be felt at Flick. When the lift opens, you are greeted by a curtain sporting a tasteful black and white print of a scantily dressed man along with a wall decal of an ice-cream truck. 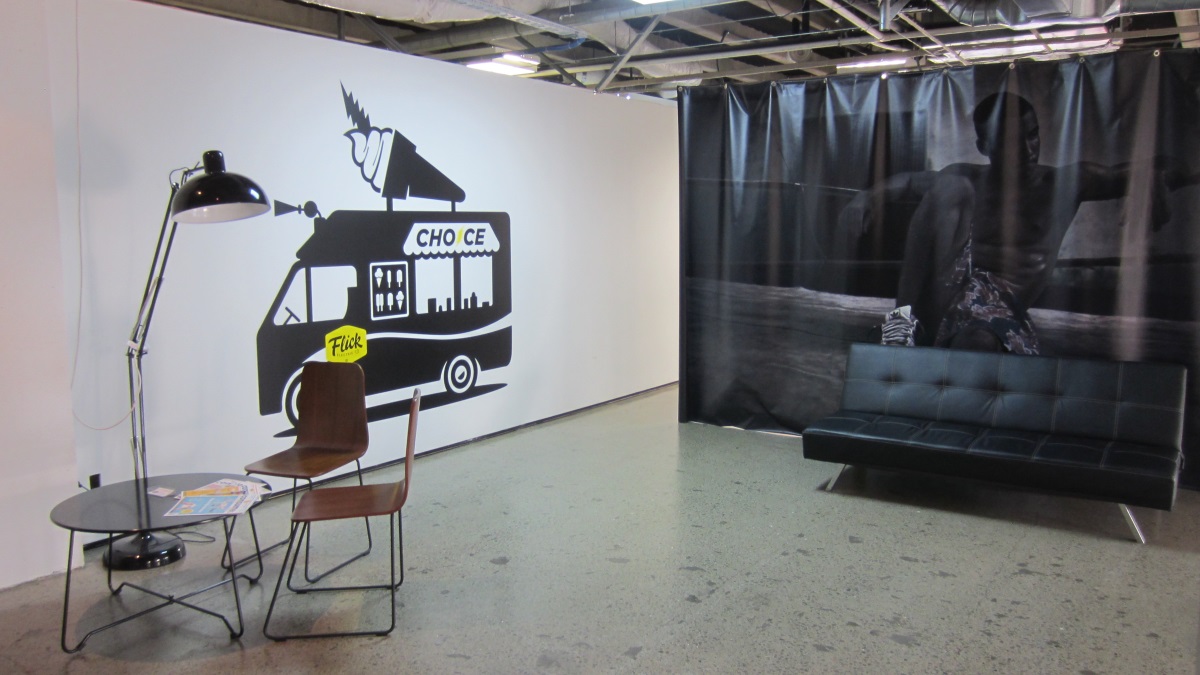 The colour scheme of the office is warm grey with bursts of yellow. Another thing you’ll notice is the lightning motif cropping up on random surfaces, very fitting for Flick’s core focus on electricity.

Venning-Bryan noted that while many offices boasts about open plan seating, Flick takes that openness seriously. 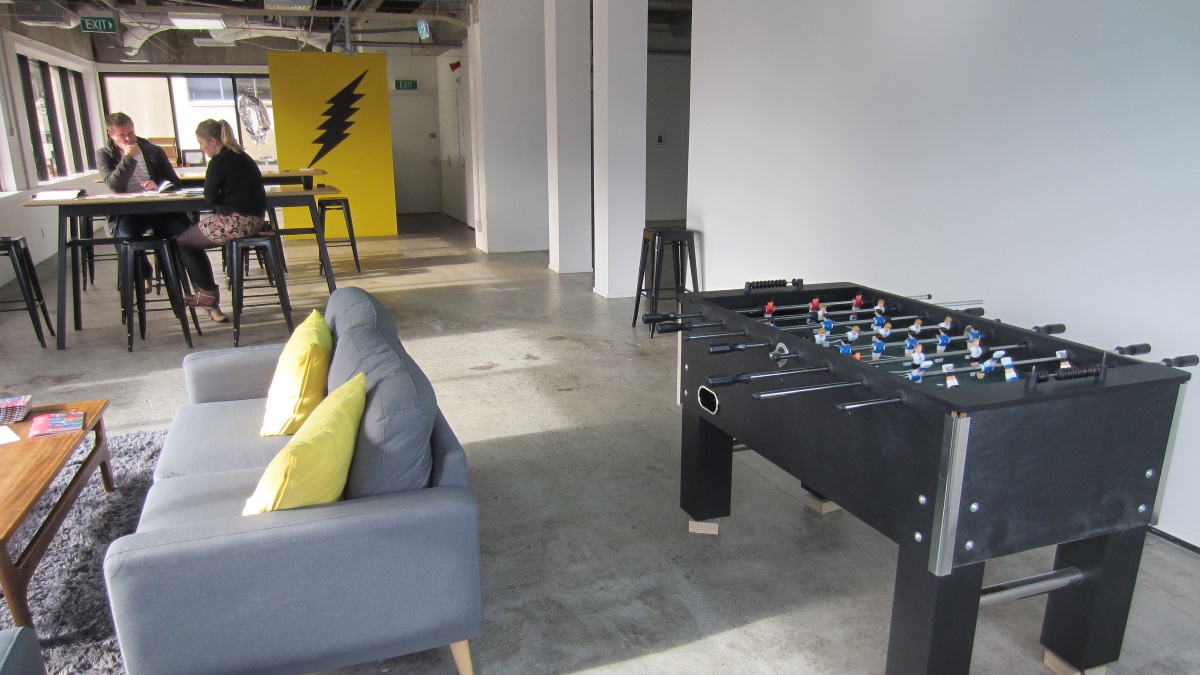 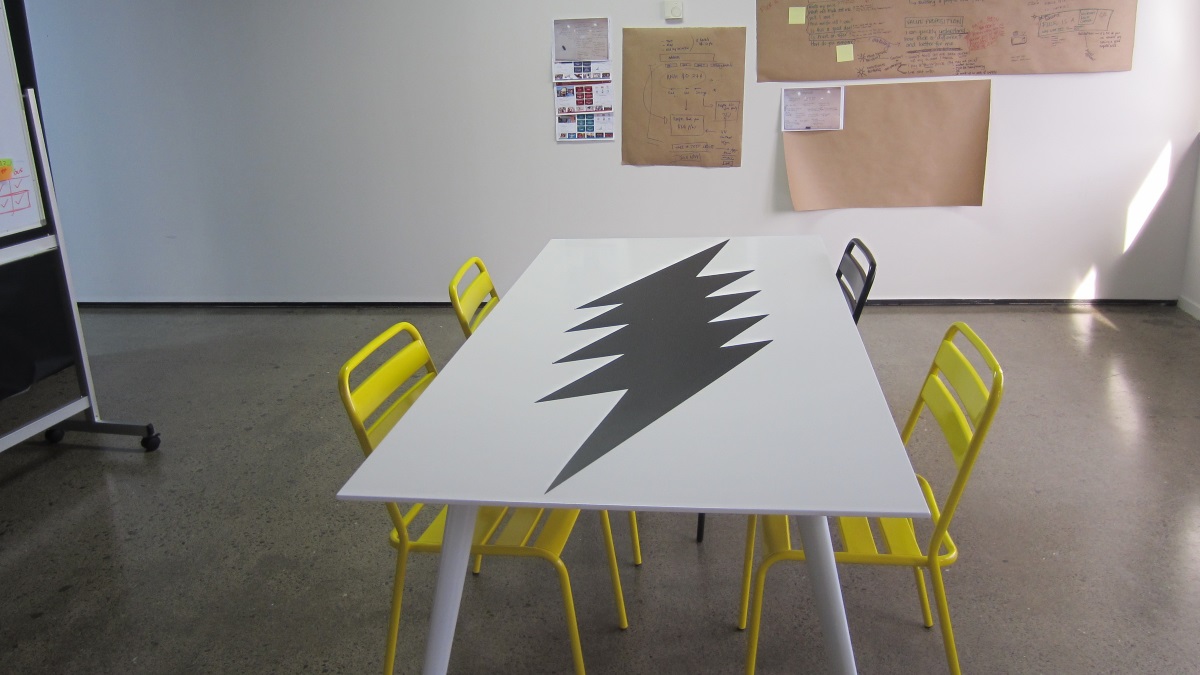 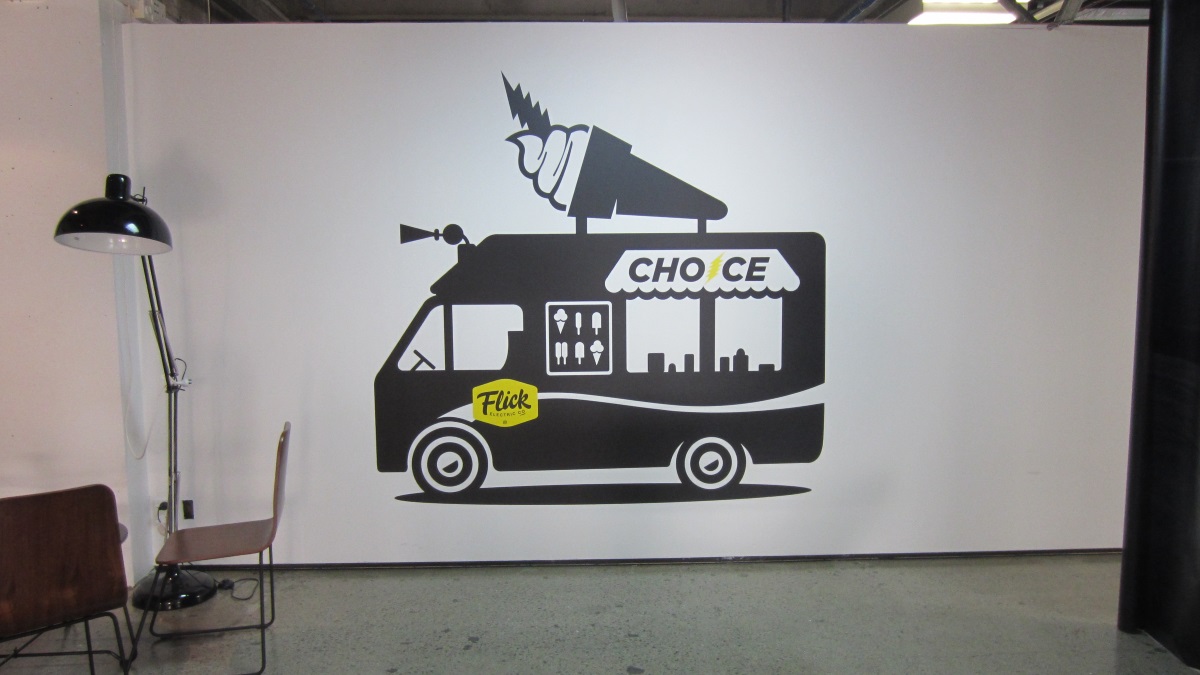 “People talk a lot about open plan but there are usually a lot of alcoves and break-away seating spaces, with teams having meetings tucked away and nobody knows about it,” she said. “Here, we make it a truly collaborative environment.”

The layout of everybody’s desks (all of them are standing desks, by the way) flows from one team to another. The tech team is seated just next to the marketing and call centre teams which then leads on to finance and so on. There are meeting rooms but there aren’t any private office space for individuals.

“We always joke with our CEO that if he misbehaves we’ll put him in an office,” Venning-Bryan quipped. 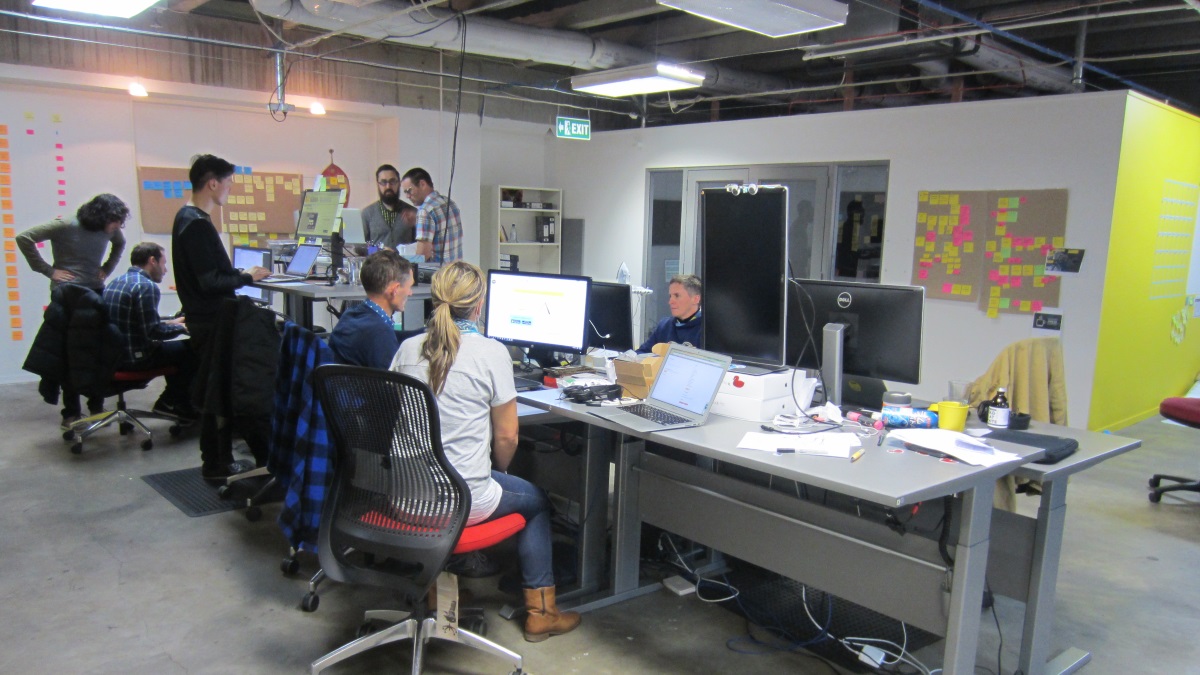 With so much activity at Flick, you’d think the open plan layout would be a big distraction, especially since the company has its call centre team in-house and they’re chatting away to customers constantly.

“Surprisingly, it’s not very distracting,” Venning-Bryan said. “The call centre has grown bigger and we have the odd days that feel really busy and you might need to concentrate harder, but people just pop on some headphones and get on with their work, so it’s not really a problem.”

The inherent work culture at Flick isn’t just reflected in their office space. The company is involved with many initiatives that are progressive and means a lot to the business. It’s also a great way to attract top talent in Wellington, a city where competition to hire quality technology professionals is fierce.

“We do things like pay the living wage (not to be confused with ‘minimum wage’) and while only around 50 organisations in New Zealand do this, for us, it’s a no brainer,” Venning-Bryan said. “We’re in the process of getting the Rainbow Tick for LGBTI friendly workplaces. We are also carboNZero accredited so we make sure we offset and actively reduce our carbon footprint.

“It’s great for the brand and gives us a great employer reputation. I do believe that disruptive businesses do more than disrupt the markets they play in; they often disrupt workplace culture, social constructions as well.”

And that’s a key factor in maintaining a sustainable business, Venning-Bryan said.