How the Victoria and NSW Border Closure Will Work

How To Enable ‘Ultra-Dark’ Mode On Android

How to Volunteer Internationally Without Travelling

Well, at Least We Aren’t Facing a Bubonic Plague Pandemic

Impress Your Friends With Fancy Homemade Butter And Crème Fraîche 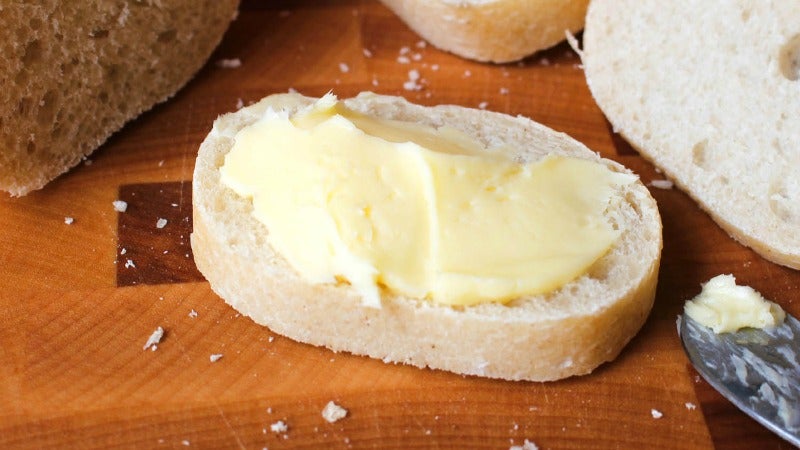 One of the most attractive things a person can do is make something that is usually thought of as “store-bought”. Even though whipped cream is one of the easiest things you can make in the kitchen, I still encounter people who are amazed at the freshly whipped stuff. Whipped cream is great, but if you really want to blow someone’s mind, make something a little fancier, like fresh butter, crème fraîche or compound butter. 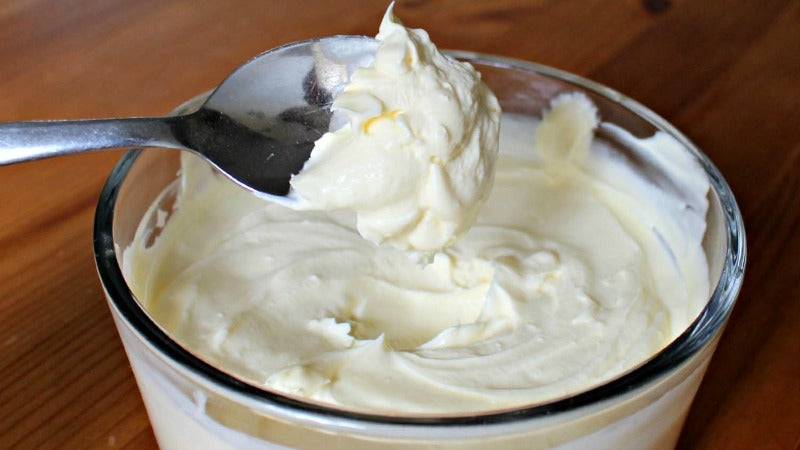 If you’ve never had crème fraîche, it’s a delightfully thickened, slightly sour dairy product that can best be described as “better, more buttery sour cream”. It’s kind of expensive, and sometimes hard to find, but can be made with two very easy to find ingredients: heavy cream and buttermilk.

That is truly it. Just add two tablespoons of cultured buttermilk into 473mL of heavy cream and let it sit covered at room temperature until it gets nice and thick (12-24 hours). Once it’s scoopable and spreadable, scoop it up and spread it over your entire life. Blinis and caviar are classic accompaniments, but I usually reach to bag of Kettle chips and get to shovelin’. Beyond dipping, crème fraîche makes a delightful ingredient in all sorts of recipes, from sweet to savoury.

If you’re wondering what cream to use, just make sure it’s heavy, man. I had read that ultra pasteurised should be avoided (theoretically there is less lactose for the bacteria to convert), but while writing an article about the science of cream for Serious Eats last year, I did a little experiment: I tried making crème fraîche with both pasteurised and ultra-pasteurised cream and found that, not only did the UP cream work just fine, it actually turned out better than the “regularly” pasteurised batch. 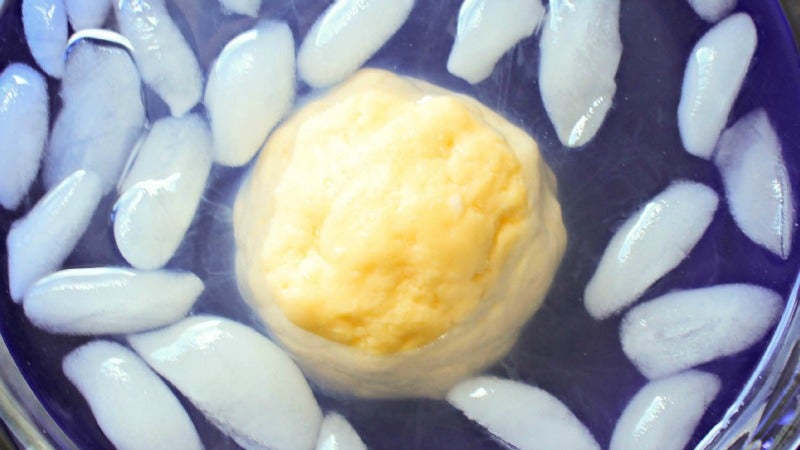 Making butter is as easy as screwing up whipped cream. Seriously, all you have to do to make butter is do a bad job of whipping your cream, taking it way past that fluffy cloud stage, past the grainy mess stage, to a place where the fat globules start to lose their structure, clumping together to form butter.

I would actually argue that making butter is easier than making whipped cream, because it doesn’t require the same amount of constant vigilance. You can make butter two ways: cultured or uncultured. That doesn’t mean that one prefers watching documentaries about fonts while the other one binges KUWTK, but rather that one is made with cream that has been acidulated (cultured). If cultured cream sounds vaguely familiar to you, it’s because we just spent a couple of hundred words on it while talking about crème fraîche.

Both cultured and sweet butter are made in the same way (beating the hell out of some dairy), the only difference is your starting material. For regular butter, start with heavy whipping cream; for cultured, start with some of that crème fraîche you just made. Throw either one in your stand mixer, food processor, a bowl or a jar and agitate it. Hand whipping and shaking in a jar will get you there, but it will take you longer and really work out your upper body. (Or maybe that’s just me and my pale, flimsy writer physique.)

After a good amount of shaking/beating/whisking, you’ll have whipped cream, which you may be tempted to eat, but carry on wayward son, and get it grainy. Things will get stiff, yellow and clumpy looking and then — as if by magic — it will all stick together and the water will fall away and you will have butter that you made all by yourself. Scoop it out, let excess water drain away, and place it in a bowl of ice water. Wash it by pressing and folding it in the icy bath, replacing the water as needed until it stays clear during the butter manipulation. Dump the bath and squeeze your butter, ridding it of as much water as humanly possible. (Water supports microbial growth, and you don’t need that noise.) Wrap it up in plastic wrap and refrigerate or freeze.

I don’t really feel like you need more direction here. I’m pretty sure you guys know what to do with butter. 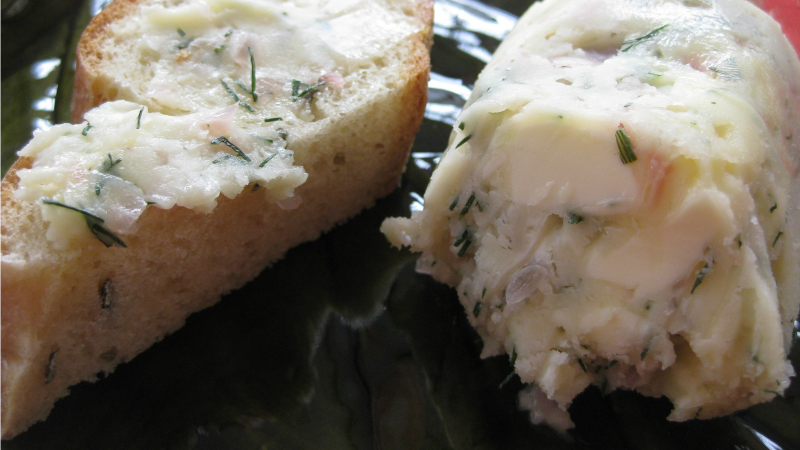 Now that you have butter and crème fraîche, you can mix them together and create crème fraîche compound butter, which is perhaps the most magical substance to ever grace a jacket potato. (Also known as “baked potatoes”.)

The above is my favourite compounded dairy product, but the fun doesn’t end there. There are literally endless options when it comes to making compound butters. They’re super easy to make; it’s just a matter of mixing stuff together, rolling it up tight in parchment paper (a dough scraper can help with this), and chilling.

If you’re looking for a simple, herbaceous butter for steaks or seafood, I recommend starting with Alton Brown’s recipe, which combines chives, thyme, sage and rosemary for super fresh blast of flavour.

Other flavour combinations you might want to try (all measurements meant to be blended with ½ cup butter):

Make sure you use these within a couple of days, and keep them well refrigerated, but I doubt you’ll have any problems powering through them, as they beg to be thrown on pretty much everything.