In a culture where party food is practically a competitive sport, it can be easy to overthink your sport viewing party snack options. Unsurprisingly, we recommend taking a lazier approach, and have culled some the tastiest, minimum-effort dips and finger foods around. Photos by Jason Rosenberg, J. Kenji Lopez-Alt, Cook's Country, Sam Craig, and Karl Baron. 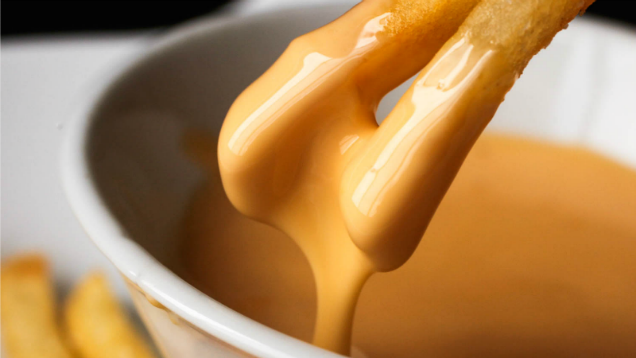 There are two types of dip in this world: cheese and other. To make an easy cheesy dip, just grab a can of evaporated milk, a la Serious Eats.

To make this rich, tangy dairy masterpiece, you'll need a 340g can of evaporated (not sweetened condensed) milk, 227g of shredded, sharp cheddar, a tablespoon of cornflour and a couple of teaspoons of your favourite hot sauce. Coat cheese with starch, and heat everything over low heat until piping hot and ooey-gooey. If you want to make it special, you can throw some things in there. Black beans, chorizo, a jar of good salsa, whatever goes well with cheese. (So like, all things.) Serve with chips, tots (from the freezer section, natch), or if you really want to earn host points, toss with macaroni for a more substantial offering.

Another dippable standard you should have on hand is the mighty onion dip, for which I refuse to use a recipe. Just grab an onion, chop it and caramelize the ever-loving heck out of it, using butter, really good olive oil or bacon grease if you really want to go to a place. (If you want to caramelise those bad boys in half the time, throw in some sugar and a tiny bit of bicarbonate of soda.) Salt, pepper and throw a few cloves of minced garlic in there at the end. Take your onions and mix with a container of sour cream (full-fat or bye), yoghurt or labneh (a Lebanese yogurt/cheese spread that you need in your life). Taste and season more if needed. You can top with some chives, green onion or even onions of the French's fried variety if you have 'em lying around, but it's not crucial. Eat with chips, making sure to fold the bag into a snack bowl for easy access. 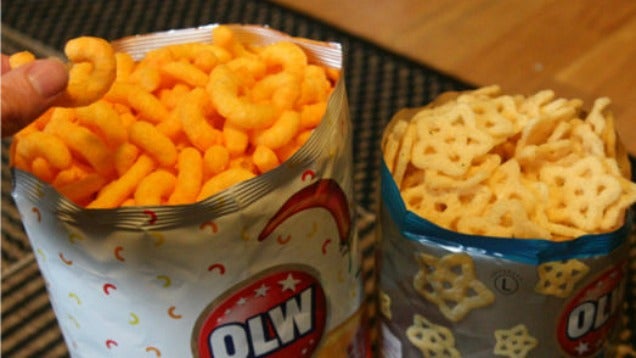 When in Doubt, Wrap Something in Bacon 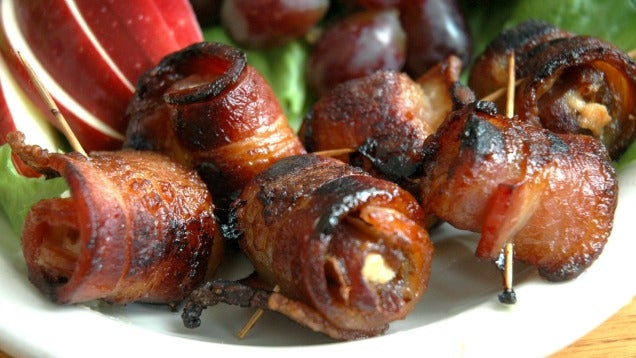 Very few people get mad about a food wrapped in bacon. Think about it: people go crazy for water chestnuts wrapped in the salty pork product, and water chestnuts are the world's most boring food. (Seriously, they have "water" in their name, which is devoid of flavour and fun.) So, you could wrap water chestnuts in bacon, but those usually need a sauce, and there are a lot of great, sauceless options. To start, you will need:

To make, preheat your oven to 200C, wrap a thing in bacon, secure with toothpick, repeat until all things have been wrapped and bake until bacon is crispy (about half an hour). If you want to up your ingredient count to three, try the Pioneer Woman's somewhat strange, but very delicious bacon-wrapped crackers with parmesan.

If you want to serve some cured, salty goodness, but can't be bothered to turn on the oven, grab some prosciutto and wrap it around melon, bread sticks or a little ball of fresh mozzarella with a basil leaf.

Cheese + Carbs is a Winning Play 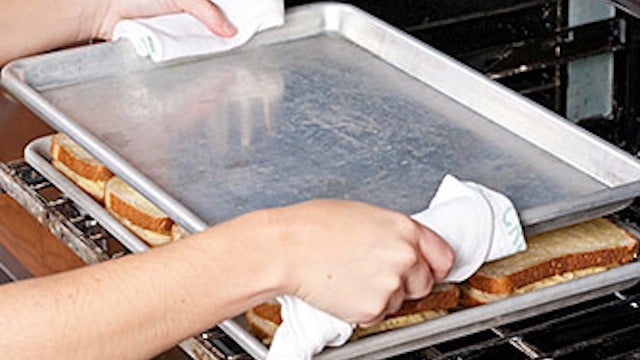 If you truly do not have time to dash to the store for anything whatsoever, make something with cheese and bread. Quesadillas are fast, filling and crowd pleasing, and can also be bulked up with whatever else you have in the fridge or cupboard, such as beans, roasted chicken, olives, pretty much any vegetable or even hummus. (Alternatively, for vegans, you can omit the cheese and fry up a delicious tortilla full of hummus and veggies.)

Then there is the always-classic grilled cheese. One of my favourite party tricks is to make a whole bunch of grilled cheeses, cooking them in an oven between two sheet pans, being sure to butter the outsides of the bread, and then cut them into strips or triangles. Serve with small cups or shot glasses of tomato soup, and you've got yourself an elegant looking, but very chill, hors d'oeuvre. If you want to elevate your sandwich to the creamiest of heights, smear a little cream cheese in there, and grate harder cheeses on top for a super even melt.

Finally, never underestimate the power of simple nachos. Sure, there are a ton of super fancy piles of chips, cheese and "artisanal" meats, but there's nothing wrong with a platter of tortilla strips topped with cheddar, canned beans, sour cream, black olives and jalapenos. No one will blame you for not roasting your own pork butt, I promise.

Oh, and if you want to omit the carbs altogether and seem really fancy at the same time, fry little piles of parmesan in a non-stick skillet until they get all lacy and crispy, then turn the rinds into a crunchy snack using the transformative power of the microwave.

Put Veggies in Your Starting Lineup 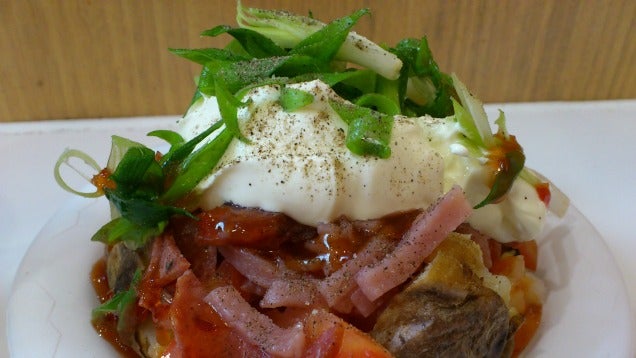 I'm not going to tell you to only serve vegetables, but I am going to advise you to get some plant parts in your spread.

Hummus is great, but have you heard the good news about white bean dip? Take a can of drained white beans, and chuck 'em in the food processor with ⅛ cup of good olive oil, salt and pepper, some form of garlic (chopped, powdered, it's all good) and whatever herbs you have. Rosemary is a perfect fit, but don't be afraid to play around. Oh, and squeeze some lemon in there too; lemon is important.

Another fun, plant-centric plan is a DIY baked potato bar. Bake a bunch of spuds, set out the basics like butter, sour cream and cheese, and asks your guests to each bring a topping to contribute. Traditional "loaded" toppings such as bacon and chives are always welcome, but don't be afraid to think outside the foil and add things like kalamata olives, labneh, feta, cojita cheese, artichoke hearts, roasted broccoli or that tasty cheese sauce from above. There are almost no bad ideas when it comes to topping a baked potato.

So those are my lazy, but still tasty, sporting event viewing snack recommendations. Oh, what's that? What about beverages? I have one word for you, friends: beer. Get some cold, fizzy, Australian beer.