I’m Dan Shapiro, CEO Of Glowforge, And This Is How I Work

The Glowforge printer is unique: it’s not a 3D printer in the traditional sense, but rather a laser cutter that can cut and etch a variety of material. Such laser cutters were previously complicated to use and expensive to own, but Glowforge set out to make something new and bring the technology to your desktop.

Dan Shapiro is no stranger to innovation; he’s worked for a variety of startups, sold a company to Google, previously was the head of Photobucket, and also launched the bestselling board game in Kickstarter history when he crowdfunded Robot Turtles. He recently applied that crowdfunding acumen to Glowforge this past October, and with over $US27 million in pre-orders, Glowforge became the largest 30 day crowdfunding campaign ever. The initial goal was $US100,000.

Not to be too glowing — sorry — but it’s an exciting device and its easy to see why it sparked such interest from designers and hobbyists:

We spoke with Dan to learn a little about his day to day work running the company, perfecting the device, and tinkering with lasers.

Location: Seattle, WA. We’re next door to a craft distillery, a pot refinery, and a gluten-free brewery. It’s basically the most Seattle place in Seattle. Current Gig: CEO and cofounder, Glowforge. Also Chief Turtle Officer at Robot Turtles, LLC, and author of Hot Seat: The Startup CEO Guidebook. One word that best describes how you work: Interrupt-driven Current mobile device: A Google Nexus 5x in a ziploc baggie, because I dropped it yesterday and it’s covered with tiny glass shards. A replacement is on the way. Current computer: I have three “Wintel” boxes I’ve built from parts and a Surface 3 Pro for travel.

A few weeks ago I ran into Geoffrey Fowler from the Wall Street Journal. He noticed my Surface and looked puzzled. “Windows?” he said. “Was it a gift?” His colleague leaned over and said, “He’s from Seattle. It’s different there.”

My friends tease me about not moving to Macs but I’m just too damn cheap. Same reason I drive a 2003 minivan I bought used five years ago.

What apps, software, or tools can’t you live without?

I’m terrible at keeping track of things so I bought three pairs of digital calipers to scatter around the office. We had a few pairs already but I got tired of not having one within arms’ reach. In the last few days I used them to check the thickness variation between sheets of acrylic we ordered, measure a key dimension of the Glowforge for someone at community.glowforge.com who is designing a custom desk for it to sit on, and (with the help of a stereomicroscope) measure the impact of some software changes on our engraving resolution.

Just a really messy IKEA table covered with laser projects, a desk chair we picked up from eBay, and a couple of Dell monitors.

I keep strange hours. I get to the office at 10am plus or minus an hour, then head home around 6 or 7. I make dinner about half the time. We put the kids to bed together, then hang out until around 9:30.

Then I work until about 3am.

Office time is for meetings, working together, paperwork. Evenings are my secret — that’s when I get most of my real work done.

Favourite? I hate them all. My unfinished work is my enemy, and its allies get no sympathy for me.

Besides your phone and computer, what gadget can’t you live without and why? (…other than your Glowforge!)

Are you kidding? With my phone and computer, I’m set.

The reception to the Glowforge crowdfunding campaign was enthusiastic, to put it modestly. Did you have any idea it would exceed your goal so substantially? (And I kind of imagine it’s an intimidating prospect to get so many orders!)

We had our fingers crossed that we might beat the most-backed 3D printer, which was $US3.5M. We did not, in our wildest of dreams, think that we might be the biggest crowdfunding campaign in history! Fortunately our plan from the outset were to use a large factory for production. That means that scaling up our production is straightforward, so our focus is on delivering the best possible functionality and making sure the quality is up to what our amazing backers deserve.

Do you still find time to tinker with projects of your own or are you too swamped?

I make things all the time! We have an office tradition of “Laser Thursday”, where we all work on personal projects together. Outside of that, sometimes if my brain is fried I’ll sneak over and run a quick print to switch from head-stuff to hand-stuff, which is really recharging.

A few of the items in the Glowforge video, like the leather satchel and the wallet, came out of me just playing around on the Glowforge, making things for myself. 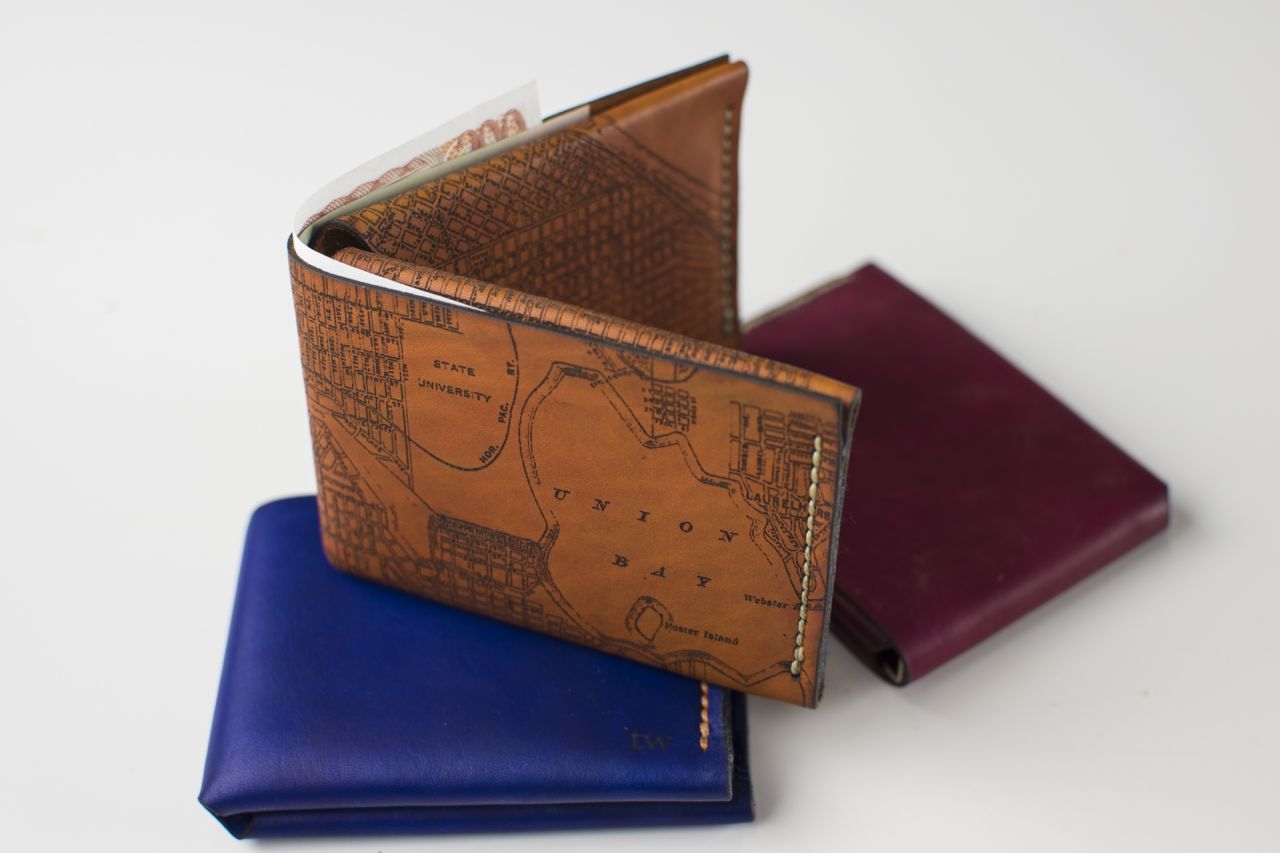 I’m not the best at anything. That’s OK, though, because I don’t have to be! Dilbert creator Scott Adams once wrote that the secret to success wasn’t being the best at one thing, but at being above average at an unusual combination of things.

In line with that philosophy, I like to collect “B+” skills. Over my life that’s included writing, public speaking, electronics, programming, woodworking, and DJing. The last one seems like the odd one out, but I put myself through college by running a DJ business that included building and running laser shows to parties. Put them all together, and hey — Glowforge.

I love the people I get to work with, and the background sounds of the office work for me. At the end of the day, I tune in to NPR’s All Things Considered, where my brother is a host. It’s like a family phone call where he’s got me on mute.

I just finished rereading Richard Shell’s Negotiation Strategies for Reasonable People. I don’t like negotiating and have a big deal coming up that I need to prepare for. Richard Shell’s book makes more sense to me than any other because it’s research-based and focuses on reaching good outcomes while acting like a decent human being, even if occasionally your negotiation partner isn’t.

Dinner with the family, four nights a week. I have an amazing wife and awesome seven-year-old twins. We’ll do art, play board games, or watch a cooking show together.

Once or twice a year we fly somewhere together to really get away — we went to Malaysia this summer and are headed to Tokyo for New Years.

I used to suffer from insomnia and I hated it. It’s boring and a stupid waste of time. My solution is to sleep about 6 hours a night. That’s enough that I function well, but I’m still tired so I can fall asleep quickly. So around 2 or 3am I shove earplugs in my ears, turn on a white noise machine, put a pillow over my head, and crash.

My cofounder, Tony Wright, cofounder of RescueTime — one of the most thoughtful people about time management that I know.

Starting a new company after having kids, I had something of a crisis. Every single day, I had to make a horrible choice: do I spend the night with my family, or [do I spend it] working? There was always a reason to work late — an important event, a late meeting, or just being in the flow. It was ripping me apart trying to trade off my work versus my family every day.

But the solution was simple, once a friend told me. I budgeted up to three nights a week for work-time. The other nights were family time. Once I made that decision, everything got easy. I was no longer trading off family and work; each one had its own space, and that I could handle.

Glowforge was ultimately born of seeing so many things around me that I want to optimise. When I first installed an industrial laser in our garage for prototyping, it was transformative, because it meant that I could go from thinking of a project to having something useful in a few hours. Now, with a Glowforge, I can do it in minutes. I love that. It’s like a superpower, and I want everyone to have it.