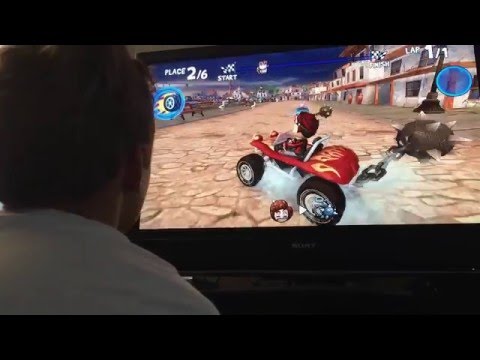 Video games have several benefits that make them more than just a form of entertainment. A recent study suggests that 3D games can actually help you form better memories as you age.

The study, led by Craig Stark and Dane Clemenson of the University of California, Irvine, and published in The Journal of Neuroscience, recruited non-gamer college students to test complex learning and memory function. One group of participants played 2D games, another played 3D games, and a third group didn’t play any. Over the course of the study, the participants that played 3D video games improved their scores on memory tests by about 12 per cent. To put that in perspective, the researchers point out that’s about how much your memory declines between the ages of 45 and 70. The other groups didn’t have nearly as much improvement, if any at all. Stark explains why that might be:

First, the 3-D games have a few things the 2-D ones do not. They have got a lot more spatial information in there to explore. Second, they’re much more complex, with a lot more information to learn. Either way, we know this kind of learning and memory not only stimulates but requires the hippocampus.

According to Stark, 3D video games may be used to help improve hippocampus functioning and keep it from deteriorating:

It’s often suggested that an active, engaged lifestyle can be a real factor in stemming cognitive ageing. While we can’t all travel the world on vacation, we can do many other things to keep us cognitively engaged and active. Video games may be a nice, viable route.

While playing games for days on end is still not a good idea, it seems that some video games may be doing something for the ol’ noggin after all. You can read more about the study below.