Train Your Brain To Focus With This iPhone Game

iOS: We live in a world where we’re all constantly multitasking, which can make focusing on just one thing a challenge. Researchers from the University of Cambridge in the United Kingdom think they’ve come up with a solution in the form of a game.

Called Decoder, the researchers say their brain-training app can help you improve your concentration, memory and numerical skills. The results of the group’s study were recently published in the medical journal Frontiers in Behavioural Neuroscience.

Boost Your Memory By Making Something 'Exciting'

I can remember intricate details about my friends and our conversations from Year Three, but if you send me out down the street to pick up a pizza and a six-pack of beer there's a good chance I'm going to come home without one of them, or at least text you and ask what that other thing was I was supposed to get. And that person I met right before I left? Absolutely no clue what their name is any more.

For their research, they tested a group of people’s concentrations skills and then broke them up into three groups. One group played Decoder, another Bingo, and a third played no game for eight one-hour sessions over a four-week period.

At the end of the month, it found that the group that played Decoder showed “significant” improvements in their concentration – so significant that it compared the effects of playing the game to the effect of taking ADHD medication.

The researchers recently licensed the game to the iOS app Peak. You’ll need to have a Pro account to play Decoder (subscriptions are $4.49/month), but you can do some daily brain training with the app for free.

I played around with a number of the games today. Training exercises involved things as simple as sorting pictures of birds by colour, to more complex things such as trying to remember where “bombs” were on the screen and draw a line avoiding them. 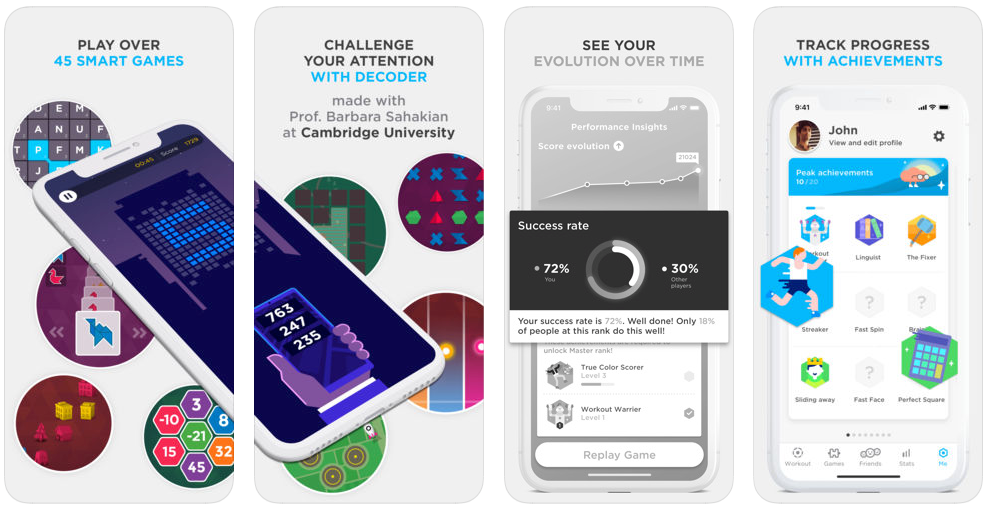 They’re also kind of fun. Each game can be played in a minute or two, and I found myself trying to best my own scores more than once. They’re definitely stimulating and require your total focus.

Over time, I can definitely see it “training” me to focus on what I’m doing rather than letting my mind travel elsewhere while I need to be focusing on the task at hand. And since the app tracks how you’re doing, that’s an improvement I’ll actually be able to quantify.