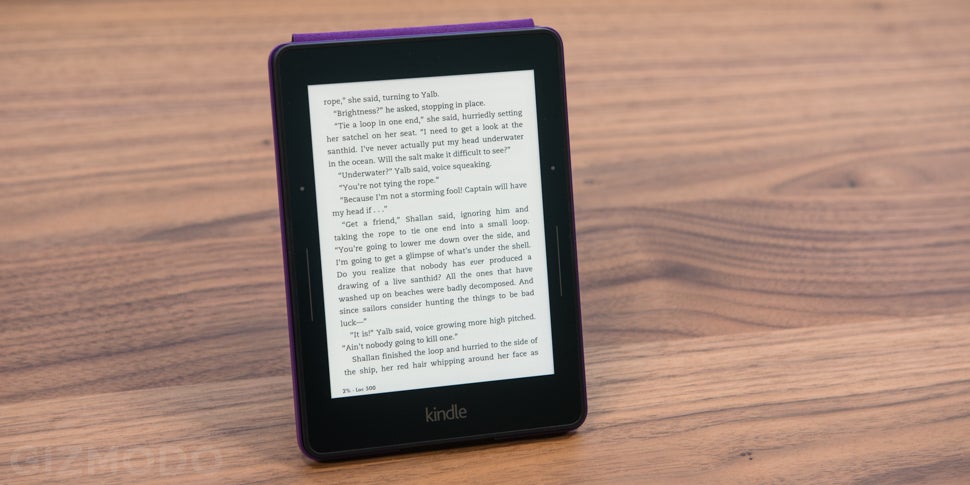 Some seven months after its US release, Amazon is putting the Kindle Voyage ereader, its top-of-the-line model, on sale in Australia. It will initially be available through Dick Smith stores, and the price is actually fairly reasonable.

The Voyage’s release last year saw generally positive reviews. It boasts a glass screen, a 330ppi display density, 4GB of storage and weighs in at just 180 grams. But it also boasts what might seem a fairly hefty price tag: $299 (plus a minimum of $7.95 for delivery, unless you pick it up in one of the Sydney or Melbourne stores with physical product).

However, that stacks up fairly well. In the US, the Voyage sells for $US219 for the Wi-Fi version that doesn’t include ads (which is the one we’re getting in Australia). On today’s exchange rate, that converts to around $274 Australian dollars. Bear in mind the US price is tax-free (that would be calculated based on the delivery address), while the Australian price includes GST. Add 10 per cent for GST to $274, and you get $301.40. So $299 seems OK — no “Australia tax” here.