Exercise Versus Diet: Which Is More Important For Weight Loss? 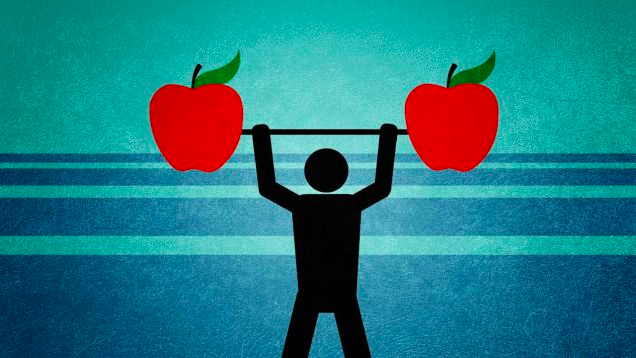 Being healthy is simple, right? "Eat less, move more." That's easy to say, but practicality is one of the most important things when it comes to health and fitness. Recommendations like this are blanket statements that don't address practicality — so when it comes down to it, which is more important? Diet, or exercise?

Yes, we should all eat healthier. Yes, we should exercise every day. There are infinite things we could do in order to be healthier, like sit less, eat more vegetables, eat less processed food, or drink less alcohol. But they don't take into account the reality of life: we are all constrained by a finite amount of resources such as time, energy, willpower and money. Recommendations that don't take this into account can easily make us feel like we are failing our fitness and health goals.

To give you a sense of the importance of practicality, consider this recent meta-study (published in the Journal of the American Medical Association, which sought to figure out "which diet works best?" by looking at the results of 59 individual studies. These studies included various nutritional recommendations, such as low-fat, low-carb and so on. Which of these recommendations reigned king? None. There were no major differences between the diets, and success was completely dependent on what the individual could adhere to. In other words, practicality reigned supreme.

Similarly, one of the most frequent questions that's asked by aspiring fitness enthusiasts is "Which is more important: diet or exercise?" With practicality in mind, we decided to take a look at the evidence.

A Primer On Calories 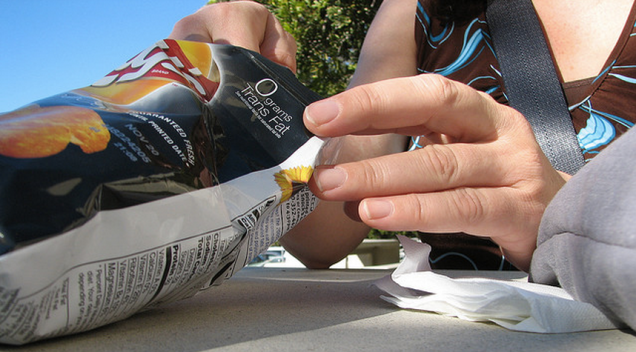 At a physiological level, weight loss and weight gain revolve around caloric consumption and expenditure*. Because of this, it's important to understand the basics of calories. Put simply: we lose weight when we eat less calories than we expend. Conversely, we gain weight when we eat more calories than we expend. In order to lose one pound of fat, we must create a 3500 calorie deficit, which can be achieved either through exercise or diet.

Let's say that a 200 pound man wants to lose one pound in a week. Through exercise alone, he needs to run about 3.5 miles per day (or 24.5 miles total), assuming his diet stays the same. Through dieting alone, he needs to cut back 500 calories/day (the equivalent of two Starbucks Frappuccinos), given his exercise regime stays the same. Theoretically, the two should achieve the same results.

But in the world of fitness theory and reality are not the same thing, because theory does not account for adherence. We don't live in a magical house that contains a gym, a Whole Foods, and a personal staff of nutritionists and trainers. Instead, we're left about our own devices in everyday life. What happens then?

What The Research Says 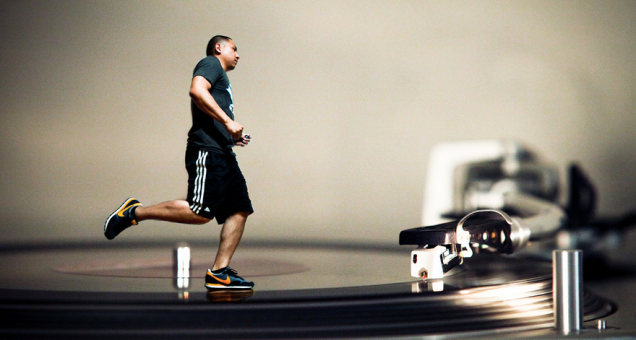 At the end of the year, it was found that the exercise group, compared to the control group, lost an average of 2 kg (4.4 lbs) of fat. I'd say that quite a lot of us would be glad to drop a couple of kgs of fat. But now I'd also like to focus on what these women had to do to achieve this loss.

>While the exercise group were instructed to exercise 5 times a week for 45 minutes, what they actually did was exercise for an average of 3.6 days each week. Total exercise time averaged 178.5 mins per week. We can multiply this by 52 to get the total number of minutes exercise over the course of the year, and divide this by 60 to convert it into hours. Doing this, we get a total of just under 155 hours. That's about 77 hours of exercise for each kg of fat lost.

Most people would balk at the idea of exercising for 77 hours to lose 1 kg of fat. But what about simultaneously exercising and accounting for dietary intake?

One study, published in the International Journal of Obesity and Related Metabolic Disorders, took trained subjects and had them track dietary intake along with energy expenditure. On paper, there was an overall caloric deficit created by the subjects. However, when researchers examined empirical changes, no weight was actually lost. As it turns out, subjects were simultaneously underestimating caloric intake and overestimating caloric expenditure.

Compare the studies above to the hilarious self-experiment by a nutritionist who went on the "Twinkie Diet" and subsequently lost 27 pound in 10 weeks. (Pro tip: Don't try this at home.)

Why Exercise-Focused Regimens Are Relatively Ineffective For Weight Loss 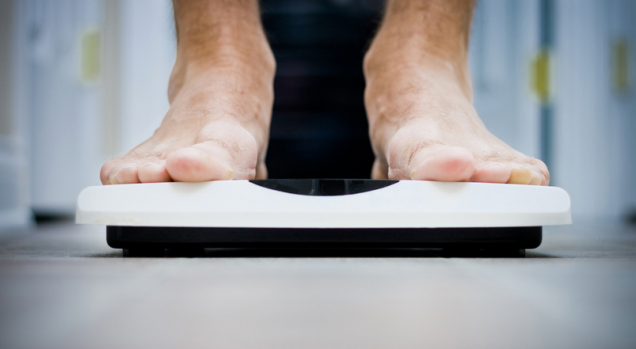 If you're perplexed by the information above, don't worry. There's a simple explanation behind it, which we'll break up into two parts

Reason 1. Calorie expenditure through exercise is relatively small in the grand scheme of things.

In order to see why exercise-focused weight loss programs might yield low efficacy, it's important to understand the accounting behind our daily caloric expenditure.

We spend most of our calories every day just "staying alive". This is known as our "resting metabolic rate." The Katch-McArdle formula, which takes into account one's body fat percentage, is the most accurate way to calculate this number, which is equivalent to:

He'll expend about 10% on top of that by what's known as the Thermic Effect of Food (TEF): the amount of calories that he spends digesting and absorbing his dietary intake.

Add another 10% on top of that through a metabolic process known as NEAT ( Non Exercise Adaptive Thermogenesis). This is the amount of calories wasted through things such as fidgeting. Unfortunately, this can vary greatly from individual to individual.

This means that without so much as getting out of bed, our subject has already expended 2100 calories.

Now, add another 10% for getting out of bed and going about his daily routine and he's already burned 2300 calories.

Adding exercise into the equation barely makes a dent in his overall caloric expenditure; most of the work is done before he puts on his running shoes. Now I am not saying that you shouldn't exercise, but rather, it's important to realise where a majority of your caloric expenditure is coming from. You wouldn't take up a paper route in order to supplement a 100L/year salary, would you?

Reason 2. People are horrible estimators of calories in versus calories out.

Take a look at another study, this one in the Journal of Sports Medicine and Physical Fitness, in which researchers asked the subjects to exercise, estimate their caloric expenditure, and then took them to a buffet afterwards. Subjects were asked to consume the amount of food that they believed they burned in calories. (Sidenote: Where can I sign up for one of these?)

The subjects ended up eating 2-3 times the amount of calories that they burned.

The takeaway from all of this information is that calorie expenditure doesn't count for much, and human beings are generally terrible at estimating both expenditure and intake.

How To Effectively Incorporate Diet And Exercise 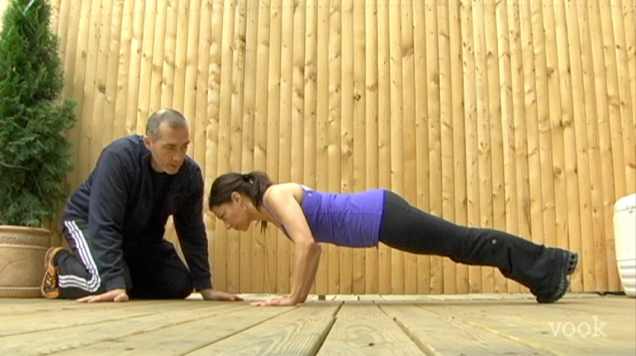 To make more sense of incorporating diet with exercise, I turned to my friend and obesity expert, Dr Yoni Freedhoff. Yoni runs one of the largest obesity clinics in Canada and has helped countless individuals lose weight with a health and fitness approach. Yoni explains:

Most people I see struggle far more with their kitchens than with their gyms. They will readily find 30 minutes or more a day to hit the gym, go for walks, or simply up their daily activity by parking further away and taking the stairs more often, than they will for packing a lunch, prepping ingredients, cooking dinner, or keeping a food diary. I think in part it's because that's what the world believes — fuelled no doubt by shows like The Biggest Loser, and by the huge amount of money the food industry is throwing at the message of 'balancing' energy-in with energy-out, but also because we don't get endorphin rushes from chopping vegetables or washing Tupperware.

He then goes on to elaborate.

Most folks want to lose weight and to improve health and so both gyms and kitchens are required. That said, if weight's a primary concern, I'd never ditch the kitchen in order to find the time to exercise. Instead take the total amount of time you think you're willing to spend in the gym, and formally dedicate at least a third of that to the kitchen. As far as optimal amounts go, a person needs to like the life they're living if they're going to sustain it, so what's right and optimal for one person will be too little or too much for another. The simplest litmus test question to ask is, "could I live like this forever," and if the answer is "no," you'll need to change something up.

Given that Yoni has worked with a tremendous amount of successful patients, I asked for their commonalities.

The people who are most successful are those who embrace both consistency and imperfection. Think of starting out a weight management or healthy living program like you would a martial art. You'd never expect yourself to have a black belt from the get go. Instead, you'd start with really basic moves that you'd practice over and over and over again, you'd fall down a bunch, and doing so would be an expectation, and not a disappointment. And then slowly but surely you'd get better and better at it. Same thing is true when building any skill set, including healthful living, and just like you might be able to picture a jumping spinning hook kick in your mind's eye when you start out at your dojo, that doesn't mean you'll be able to simply do one. So, too, with healthy living. Sure you might have a mind's eye idea of what your healthy lifestyle should look like when you're done, but getting there will be slow, plodding, and will include many falls.

Never eat lunch out unless someone else is buying. Doing less exercise consistently is better than doing more intermittently — there are virtually no studies on diet or exercise that are long enough in duration to translate into lifelong recommendations or conclusions. Spending 2-3 minutes a day with a food diary is likely to have a bigger impact on your weight than 30 minutes a day in the gym.

OK, so I've given you a lot of information suggesting that exercise, as the sole means of creating weight loss, is relatively inefficient or even counterproductive. Here are the steps that you should take to best ensure your success.

You'll notice that the weight loss recommendation above makes no mention of exercise. But while you shouldn't be factoring exercise into your caloric expenditure or intake, you should still be incorporating it as much as practical.

"Sure, weight is lost in the kitchen," says Dr. Freedhoff. "But health is gained in the gyms."