Melbourne’s Etihad Stadium has just completed a major upgrade of its networking infrastructure. The best way to test how well that worked? Set a gaggle of teenage One Direction fans loose to use it.

Over the past 18 months, Etihad Stadium — which can seat some 53,000 fans and is the home ground for five separate AFL clubs — has installed 750 access points and 1500 screens as part of a major technology upgrade using Cisco’s Stadium Vision technology to build a converged IP network. The access points allow free Wi-Fi to be offered throughout the stadium. When the stadium seating is moved to change the shape of the central oval, the access points move with them.

The upgraded free Wi-Fi service is officially launching this week during AFL NAB Challenge matches, but the stadium ran a soft launch test when boyband One Direction played at the venue in mid-February. The network was switched on but the existence of the service wasn’t promoted to attendees in any way.

“if ever there was going to be a test of the Wi-Fi, it was that one,” CEO Paul Sergeant told media during a briefing ahead of the Cisco Live 2015 conference in Melbourne this week. “The generation that follow One Direction can always find free Wi-Fi.” One in six attendees at those concerts ended up using the service.

Sergeant said that while some minor technical issues emerged, mostly to do with people fiddling with screens, the service largely ran smoothly. The long-term vision is to offer access to unique content via the network during matches, to make the overall stadium experience more compelling. “We are competing with this wonderful experience called TV,” Sergeant said.

Aside from the Wi-Fi, the network and screens can be used to quickly re-theme the stadium to reflect home team colours. Over the course of this weekend, all five resident teams are playing at Etihad, so being able to quickly “reskin” represents a major time saving. 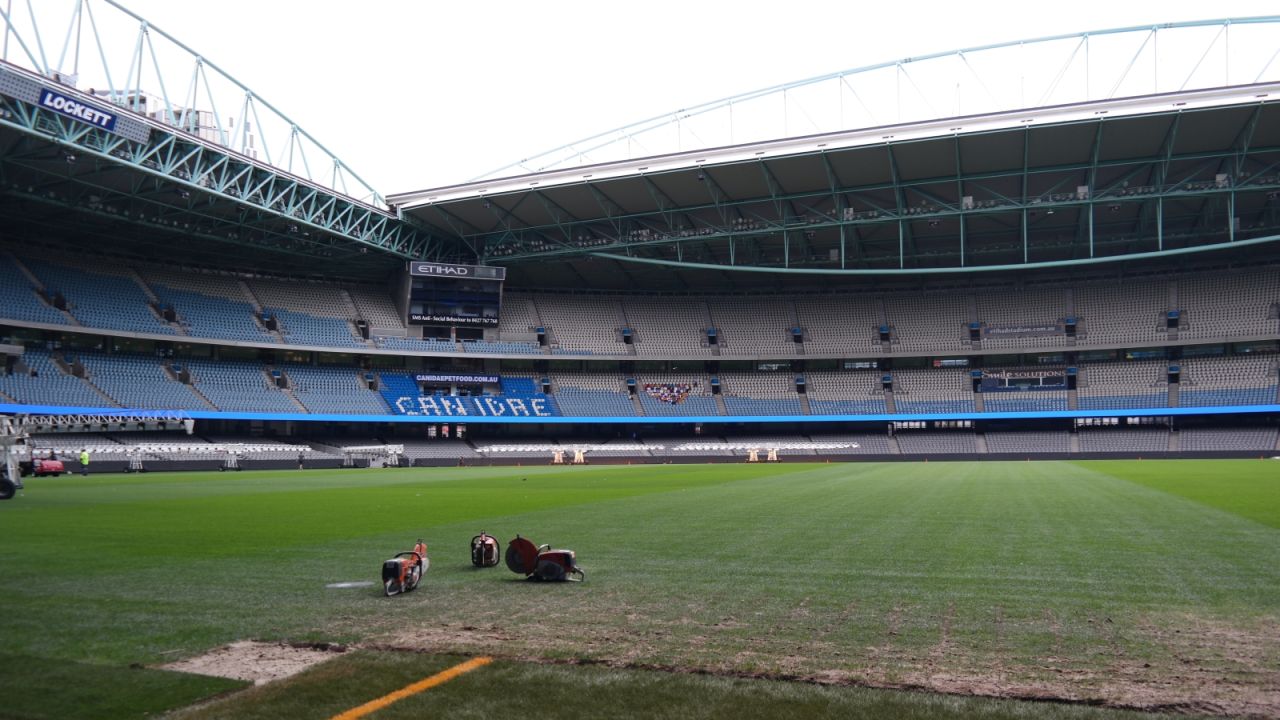 Disclosure: Angus Kidman travelled to Melbourne as a guest of Cisco.