Make Your Chores Suck Less With The LEGO Principle 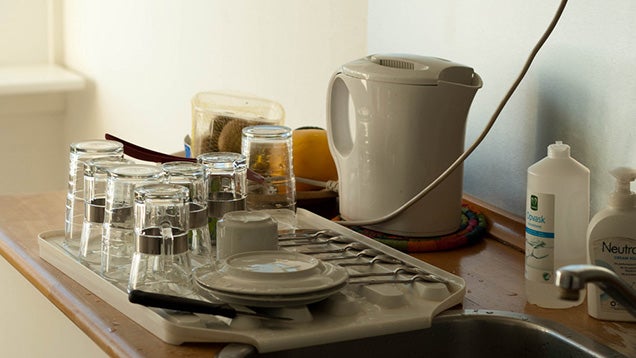 Chores can be frustrating because your results disappear so quickly. Dishes get dirty again, toilet paper needs to be replenished, and laundry needs to be done. Make chores more satisfying by ending them with a task that bears more permanent results.

The LEGO Principle gets its name from an experiment by author and behavioural economist Dan Ariely. Two groups of respondents were given LEGO toy figurines to assemble, and they were compensated at declining rates ($2 for the first figurine, decreased by 11 cents for each subsequent figurine assembled). They could end the experiment by giving up whenever they wanted.

One group of respondents could see completed toys on display in front of them, whereas another group submitted their completed LEGOs to a supervisor, who immediately dismantled them. On average, the group who could see their completed work completed three more figurines before giving up on the experiment.

Tess Wilson ties the LEGO Principle to housework over on Apartment Therapy:

My latest solution? Arranging flowers. If I spend a day cooking, doing dishes, doing laundry, scrubbing the bathroom, sweeping and mopping all the floors, and doing general straightening, I set aside a little time to arrange a vase of flowers. Now, I say “flowers,” but what I mean is twigs, branches, foliage, grasses, and other plant matter from the yard. It’s nothing fancy, but it’s very satisfying, and each arrangement lasts at least a week, allowing me many opportunities to gaze upon it proudly… unlike the stove, which I swear was spotless just 30 seconds ago.

Being able to see the end result makes tasks more satisfying. Chores suck because they’re usually devoid of such reward and meaning.

It doesn’t have to be flowers, of course — but adding something more permanent to the end of your chore routines could make them more tolerable and rewarding.

The LEGO Principle: Why Housework Can Be So Darn Frustrating [Apartment Therapy]