Make A Side Hustle Chore Board For Your Kids 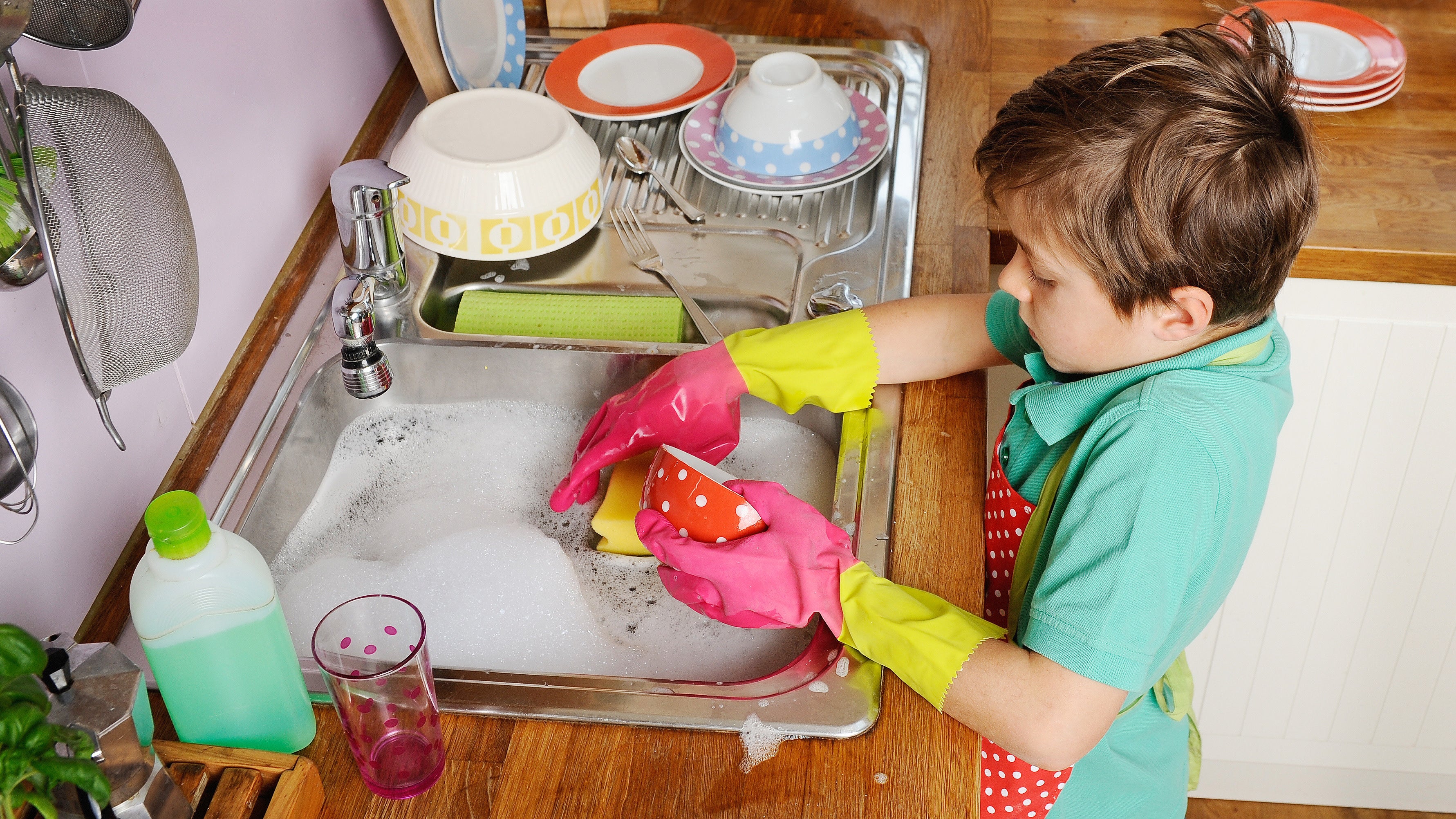 My son has decided that being off from school for—I don’t know, a long time, probably—during the coronavirus pandemic is actually an opportunity to make some extra money. By the end of Day One Of Our New Reality, he’d already made an additional dollar above his regular allowance by folding an incredible pile of towels. “What other chores can I do to make some money,” he asked, wiggling his eyebrows for extra effect.

He asked the question often enough over the next few days that I decided the creation of a Side Hustle Board was in order. As jobs crop up, I’ll post them to the board, along with what each task pays. Once he has completed a chore, he can bring me the listing and I’ll pay up: 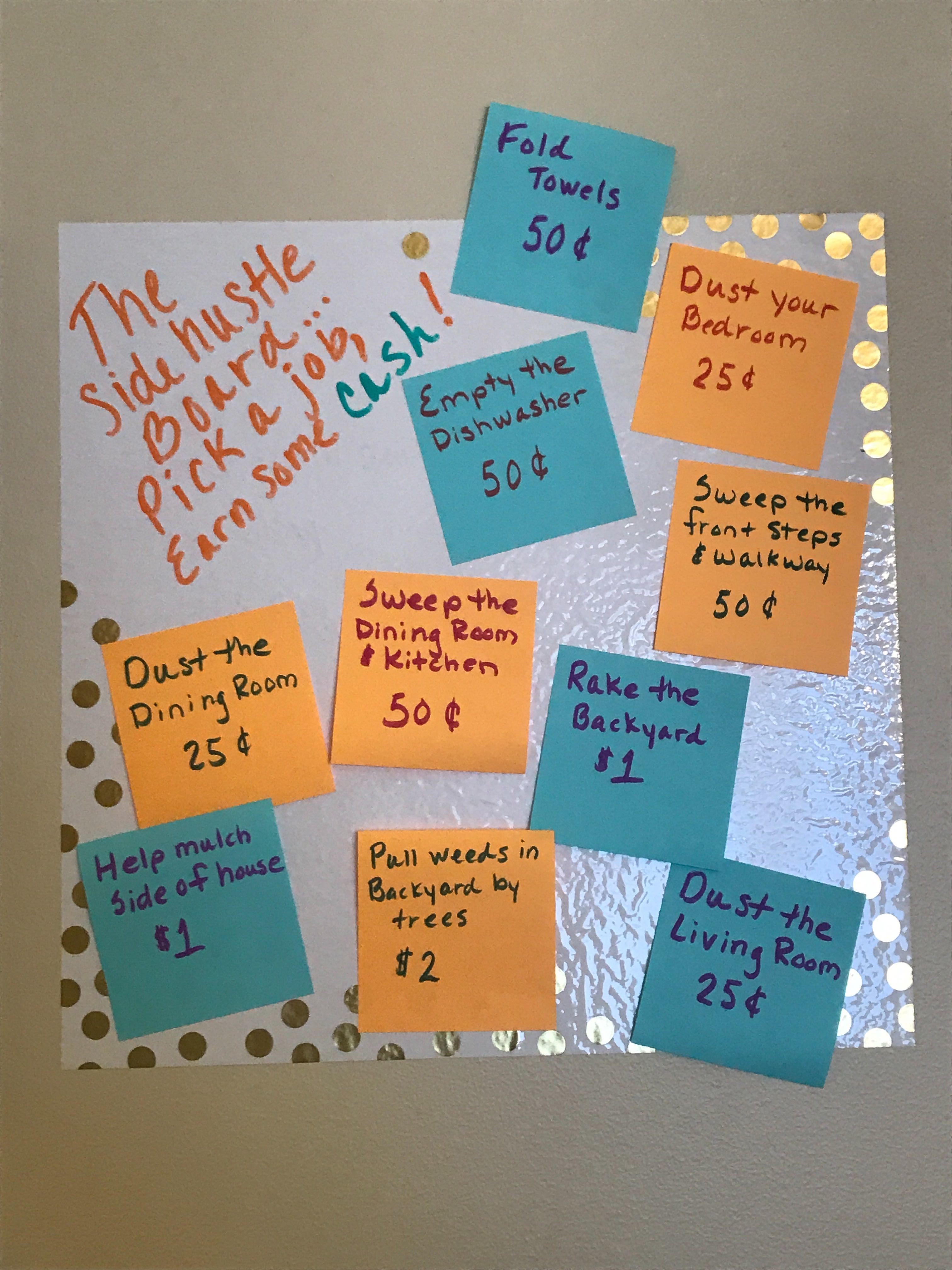 He’s currently on a fairly consistent routine during the week these days, with blocks of time for reading, for playing and for academic screen time. These chores can be done during break times, in the evenings or over the weekend. After I unveiled his side hustle board on Sunday afternoon, he called out, “I LIKE IT,” and then headed for the rake. 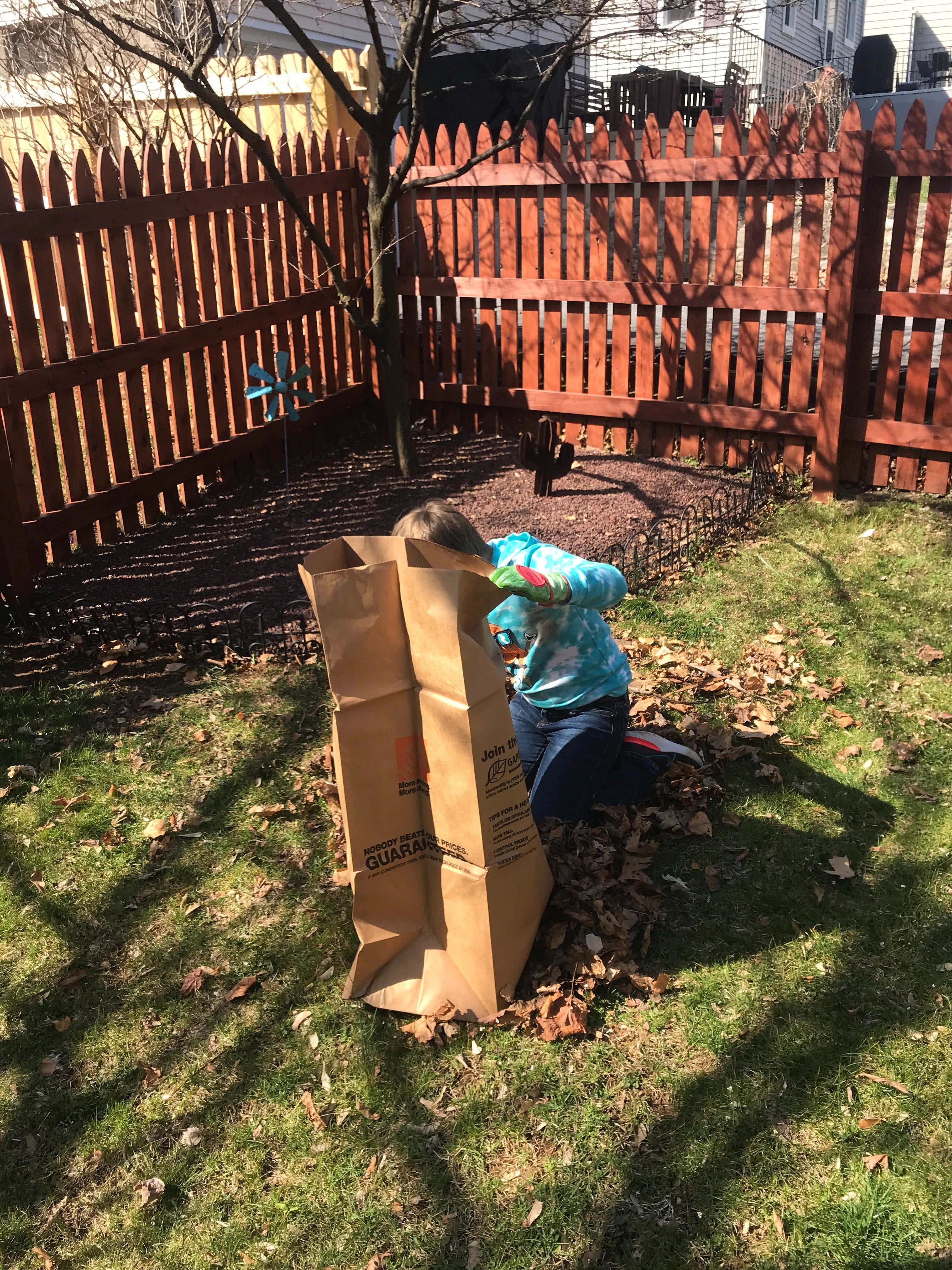 A few hours later, my yard was looking a whole lot better, the front steps had been swept and a new LEGO Star Wars minifig he’d had his eye on was ordered.

Each chore I post to the board is in addition to his usual weekly chores, so he can pick and choose how much, how little or which types of extra jobs he takes on. So far, it’s looking like all the dusting is still going to remain my responsibility; but I plan to use this hiatus from regular life to teach him how to do laundry, so maybe I’ll have him laundering his own clothes, as well as the family’s sheets and towels, before all of this is over.