Look Out For A Hidden Test At Your Next Job Interview 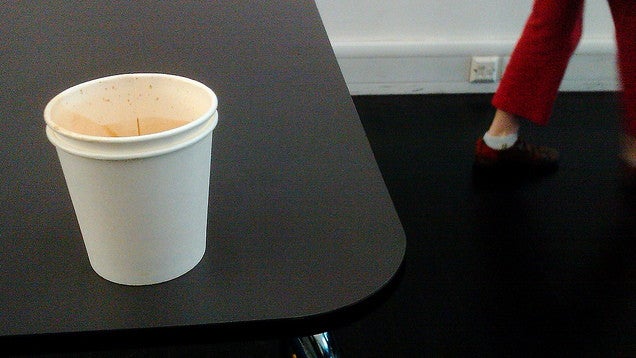 Job interviews, on the surface, seem like a simple exchange of questions and answers. Some employers include hidden tests, though, that can tank your job opportunities if you handle them badly.

As Fast Company reports, HubSpot interviewer David Cancel brings a disposable cup of water into a job interview for the applicant. He waits to see if the applicant throws away the cup at the end. If they don't throw away trash, he says, they aren't a good fit for the company. The applicant isn't told the interviewer is judging them on their behaviour and to some, a simple cup of water isn't indicative of a person's personality. HubSpot disagrees. And that's not the only test, either:

The interview process across HubSpot's teams integrates what Cancel calls qualitative tests of character, rather than quantitative measures of skill. Instead of tests and brainteasers, which don't work, hiring managers look for tells that give insights into people's personalities.

Hit the link to read about HubSpot's other tests. The company you interview with may not use the same ones, but be on the lookout for other similar techniques.