Ask LH: How Often Should I Charge My Gadget's Battery To Prolong Its Lifespan? 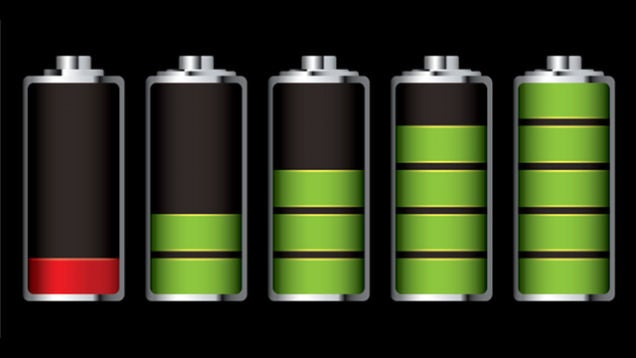 Dear Lifehacker, What is the deal with lithium-ion batteries (the kind found in smartphones and laptops)? I've heard lots of different things about how to take care of them, like that they need to be kept charged between 40 per cent and 80 percent, or that they should be drained completely and charged to 100 per cent. What is the ideal configuration to maintain a good battery life to battery health ratio? Sincerely, Befuddled About Batteries

Update: This post originally appeared on Lifehacker in January 2012. We've updated it to include the awesome video below from Techquickie.

There is a lot of confusion surrounding this issue, mostly because lithium-ion batteries are different from older, nickel-based batteries (which suffered from a nasty memory effect not present in lithium-ion batteries). You're right, though — charging them incorrectly can decrease their lifespan. Most lithium batteries should last you a few years, but improper care can decrease that lifespan, meaning that your battery will be unable to hold a charge — or unable to hold as big a charge as it used to — quicker.

So, to clear things up, we've rounded up some guidelines to extending your battery's health as much as possible. If you're more of a visual learner, the above video from Techquickie summarizes most of these, too. Here's what you should do:

Keep these things in mind and your battery will last longer. That said, you don't need to lie awake at night worrying about whether your battery's charging. Don't sacrifice practicality just to keep your battery alive — if you're in a situation where you don't have a charger, it's OK to discharge it to 0 per cent, or to charge it up to 100 per cent if you want to get ready for a long plane ride.

Remember that your battery is going to die in a few years, no matter what you do — even if you just let it sit on a shelf. These guidelines are just that — guidelines to keep it healthy for as long as possible (and when it's dead, check out what do to when your battery doesn't last as long as it used to).

If you want a more detailed look at how lithium batteries work and how to take care of them, check out the links below from Battery University.

David Nield 04 Jun 2020 2:35 PM
Even if you don't personally use Gmail, someone you know does. The service is perfect for people who need an email address independent of their work one, and a far better alternative than security nightmares like YahooMail. Yet Gmail, despite the name, isn't just a great platform for email.

How Many Kilometres Are Too Many For A Used Car?

Tom McParland 04 Jun 2020 4:15 PM
As Jalopnik’s resident car buying expert and professional car shopper, I get emails. Lots of emails. I’ve decided to pick a few questions and try to help out. This week we are talking about mileage on used cars, bringing kids to dealerships, and advertising lemon law vehicles.