Deodorise Your Shoes With Cheap Vodka 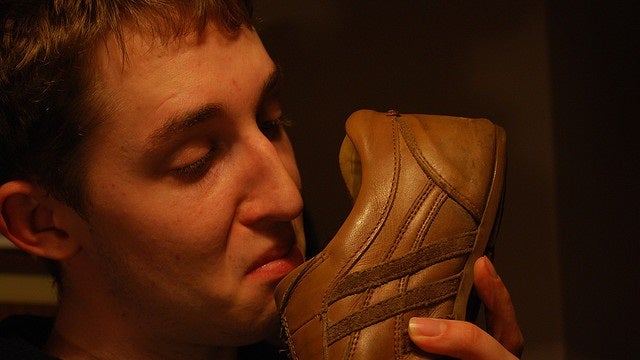 Got a pair of smelly sneakers and some cheap vodka? Spray some into your shoes to kill that nasty odour!

Cheap vodka has a number of uses besides getting people drunk. Its ability to kill odours was even a "myth confirmed" on an episode of the all-knowing Mythbusters. If you have some lying around, pour it into a cheap spray bottle, or even attach a spray head to the top of the vodka bottle itself, and get misting.

Some recommend mixing the vodka with water, but it's up to you and how much odour there is to clear out. The alcohol content of the vodka kills odour-causing bacteria, and it's scentless when it dries. This leaves your shoes smelling a lot more like a new pair and a lot less like a locker room.

You can, of course, do this with rubbing alcohol too, so if you have that around it's just as useful. There's no need to go buy cheap vodka just for this purpose. Unless, of course, you want to make jelly shots while you deodorise all of your shoes.

If you have other nasty odours creeping up from your belongings, you can check out our guide on the best ways to de-stink your stuff.