Viewed through modern eyes, long-discredited parenting techniques seem laughable — what kind of idiot would feed a six month old child eggs, bacon, and coffee? But remember, raising your kid in weird ways wasn’t that weird when tons of people were doing it.

Even the most asinine parenting trends of yore were once considered perfectly normal, or even encouraged, and often backed by science (or “science” anyway). A bunch of the most egregious once aren’t even from that long ago. Your parents probably raised you with at least one of them in mind.

Rest assured, you’re almost definitely making some huge mistake in the way you’re raising your children, and you’ll probably live long enough to learn what it was, so maybe taking a long view of 12 of the worst trends in baby raising from over the last 100 years or so will help you see it. Probably not, but at least you;ll know you’re in company when your kids turn out to be all screwed up. 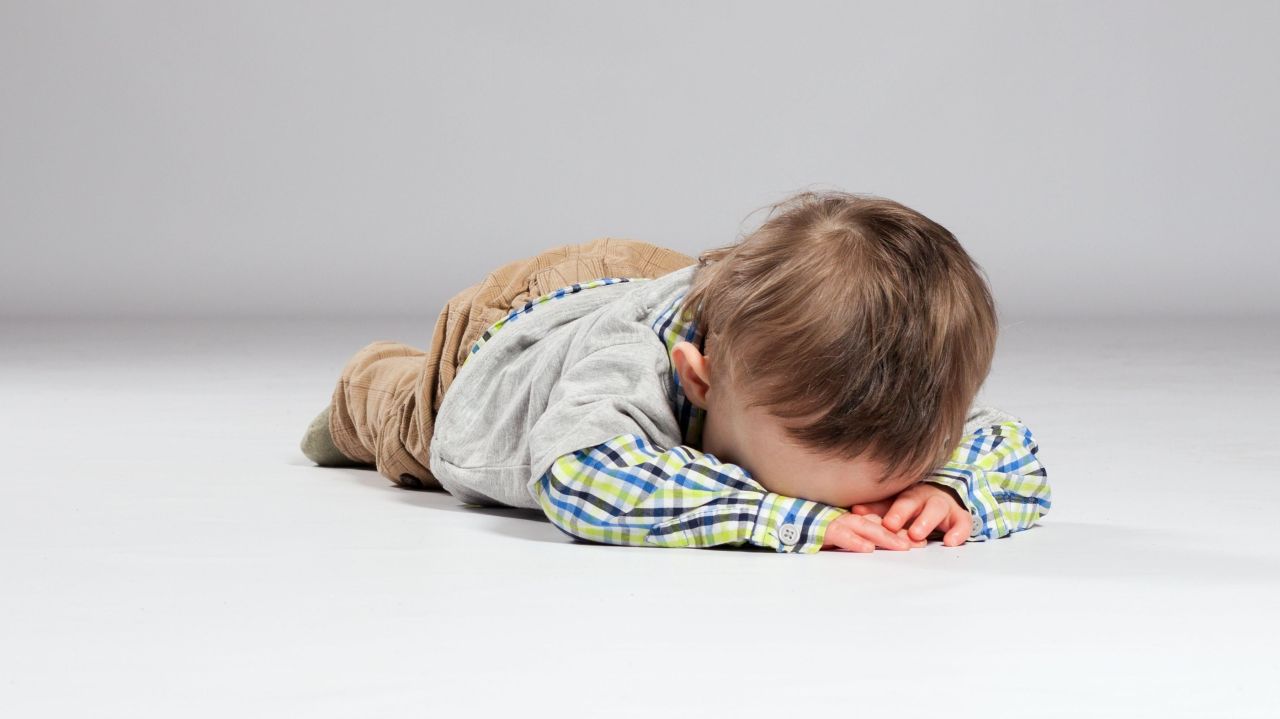 John Watson was the first American pop parenting expert. An ardent proponent of behaviorism, Watson published both academic papers on infant development and wildly popular articles about child-rearing during the 1920s. In his book Psychological Care of the Infant and Child, Watson writes:

Let your behaviour always be objective and kindly firm. Never hug and kiss them, never let them sit in your lap. If you must, kiss them once on the forehead when they say good night. Shake hands with them in the morning. Give them a pat on the head if they have made an extraordinarily good job of a difficult task,

To be fair to Watson, most of the rest of his parenting advice is at least somewhat compatible with agreed-upon ideas about child-rearing, but he was way off about affection. Research indicates a strong link between parental affection and success in all aspects of life.

An overemphasis on posture (1920s) 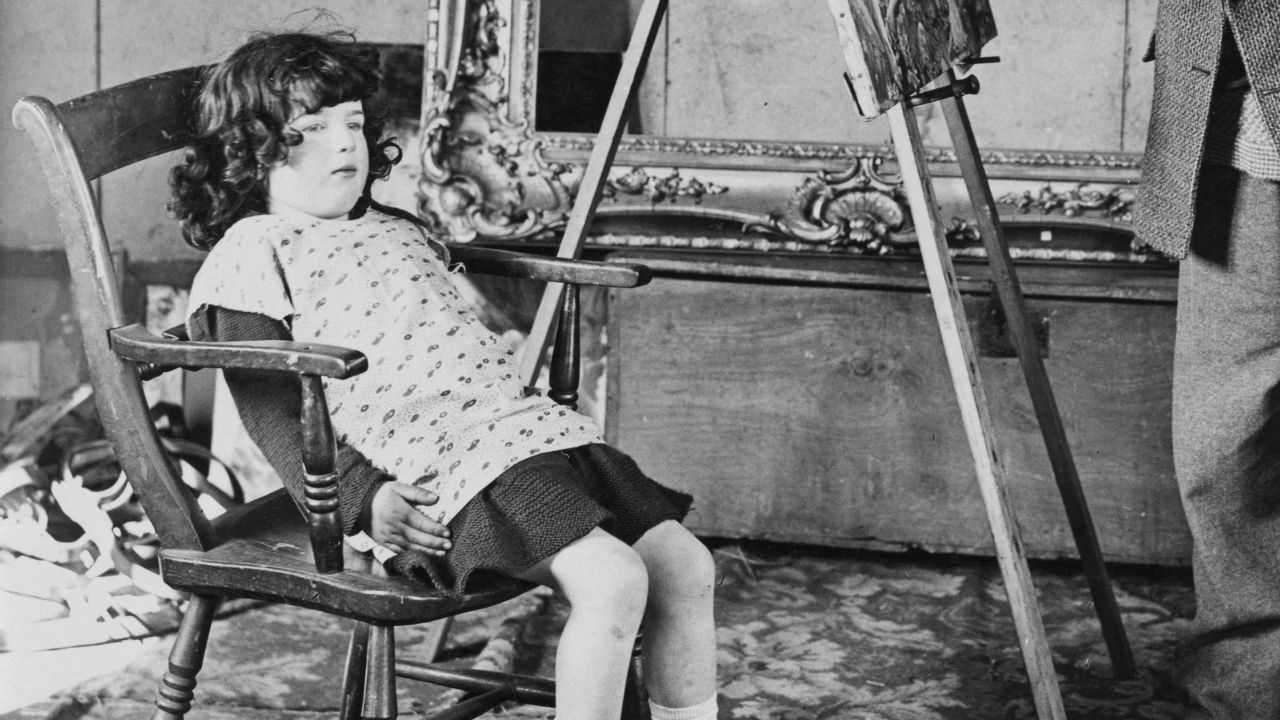 Encouraging good posture in children is fine, but parents and parenting experts 100 years ago went extremely overboard with the concept. Bad posture was regarded as sign of moral corruption, and parents went to great lengths to get their kids to stand straight, including forbidding them from playing strenuous games, enrolling them in posture courses, and fitting them with braces. Posture was even considered in college admissions. It was regarded as such an important area of research that undergraduates at America’s most elite universities routinely had nude photos taken as part of a nebulous “posture studies” until the 1970s.

In 1922, Emma Read submitted a patent application for a “portable baby cage.” At the time, fresh air was seen as vital to children’s health — maybe understandable given the prevalence of tuberculosis — and baby cages were designed so city kids could have all the fresh air they wanted while suspended outside the window in a wire cage. The cages became fairly popular, particularly in London, but in ensuing decades, when World War II added bombs to the mix and the proliferation of cars made city air much less fresh, the practice largely died out. Baby cages are weird, but I don’t hate the idea, provided it’s a strong-arse cage. 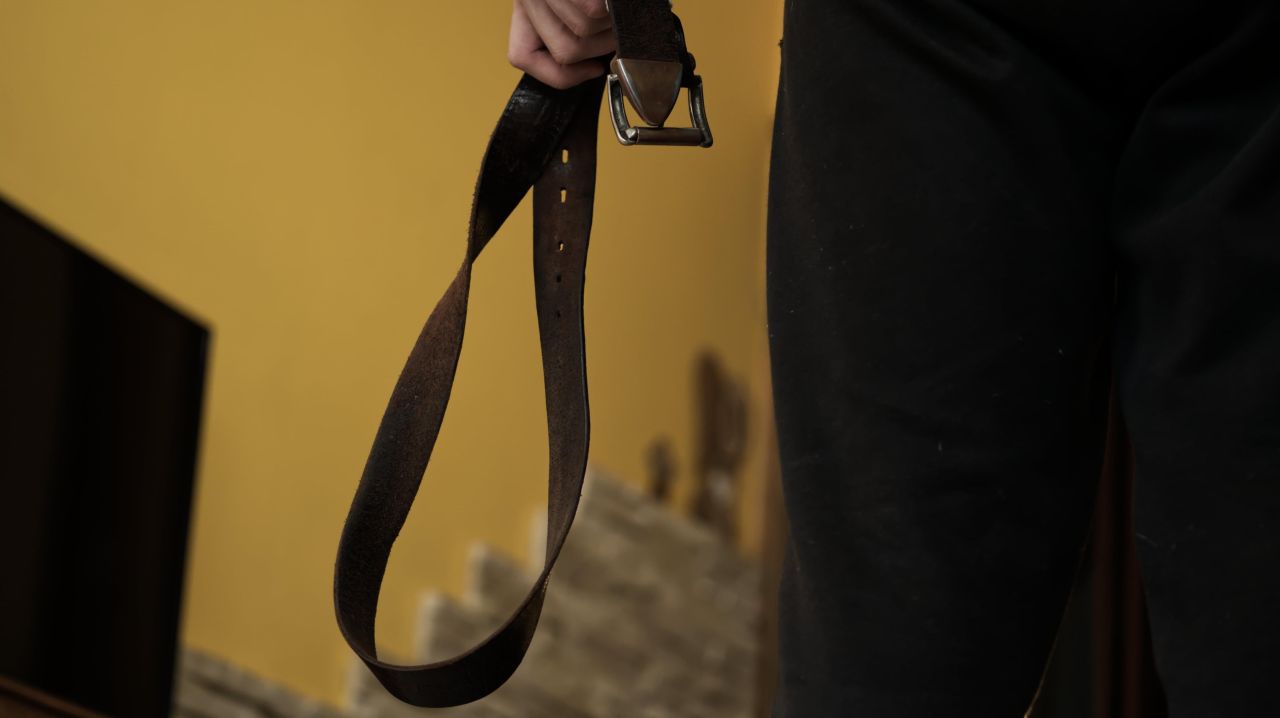 I realise that there are still cretins out there who routinely beat their children, but the practice reached its height in the 1930s, the decade before Dr. Benjamin Spock’s massively influential The Common Sense Book of Baby and Child Care tepidly advised parents to maybe spank their children less often. Back then, the nearly universally accepted notion was that it is bad to not spank your children — spare the rod and spoil the child and all that. It has since been definitively shown that not only is spanking harmful to child development, it doesn’t even work that well as a means of discipline, and should only be practiced between consenting adults in kinky sex rituals. 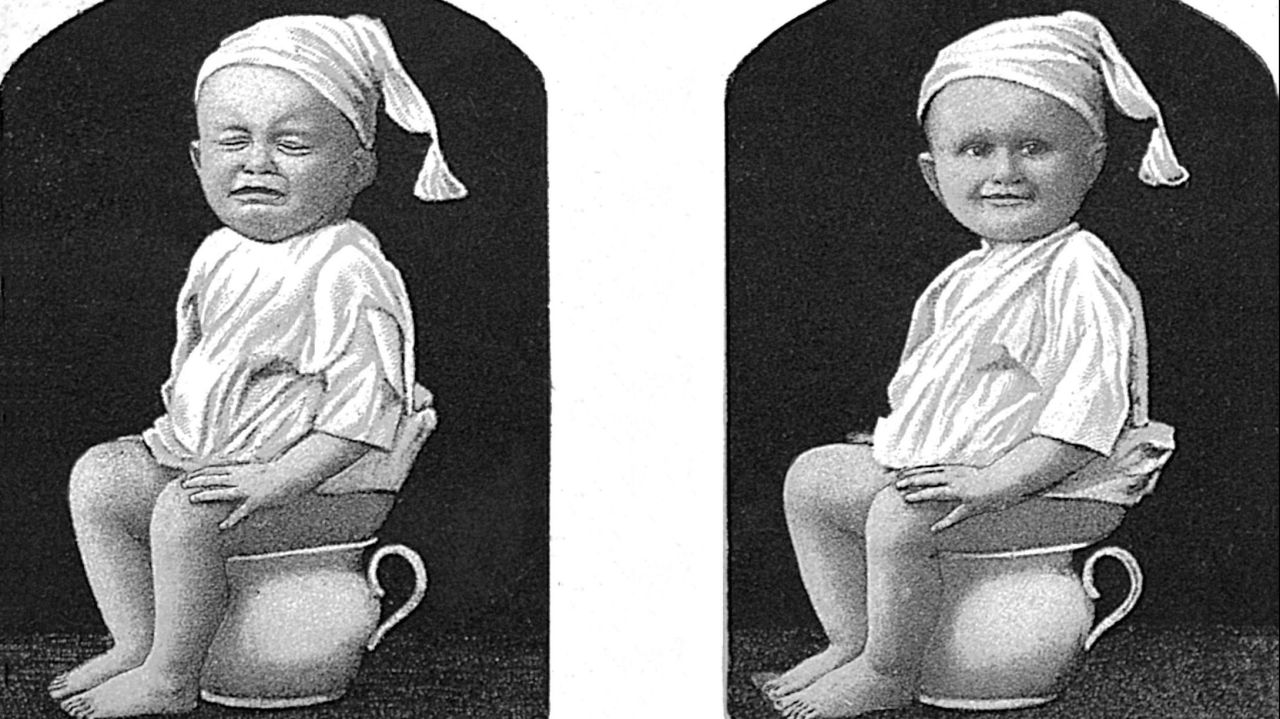 Back in 1932, the U.S. Government published “Infant Care,” a health booklet that advised mothers to start toilet training mere days after their child was born. Supposedly, you could have the whole thing wrapped up by the time they were eight months old. Doesn’t sound reasonable to me, but back then there was entirely different philosophy around the potty. Old school toilet training usually aimed to keep infants on a strict schedule, through repetition and the use of laxatives and suppositories. Luckily, the invention of disposable diapers made everything easier, and the average American child is now toilet trained between two and three years old.

Viewing bedwetting as a sign of mental illness (1950s) 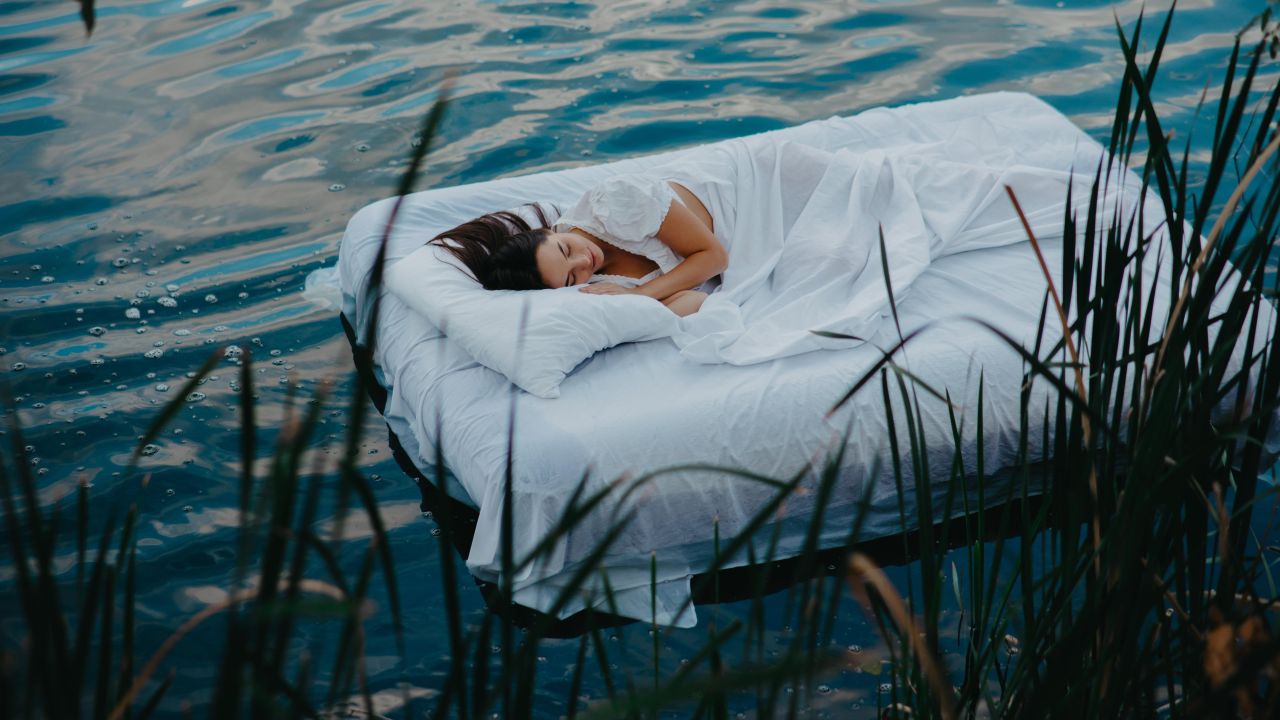 Just as the behaviorist school of psychology led to affection-free parenting and an overemphasis on schedules for babies, Freudian psychoanalytic theories led to a massive societal misunderstanding of bedwetting.

“Does your child wet the bed?” used to be a standard question in child psychological evaluations, and it was thought the answer could point to sociopathy, a predisposition to violence, and other mental illnesses. But it doesn’t. There is some correlation between acute stress and bedwetting in children, but bedwetters on the whole don’t seem any more likely to have behaviour problems than their peers with dry sheets. Most of the time, bedwetting doesn’t mean anything in terms of who your child is — it’s s a laundry issue, not a psychological one. 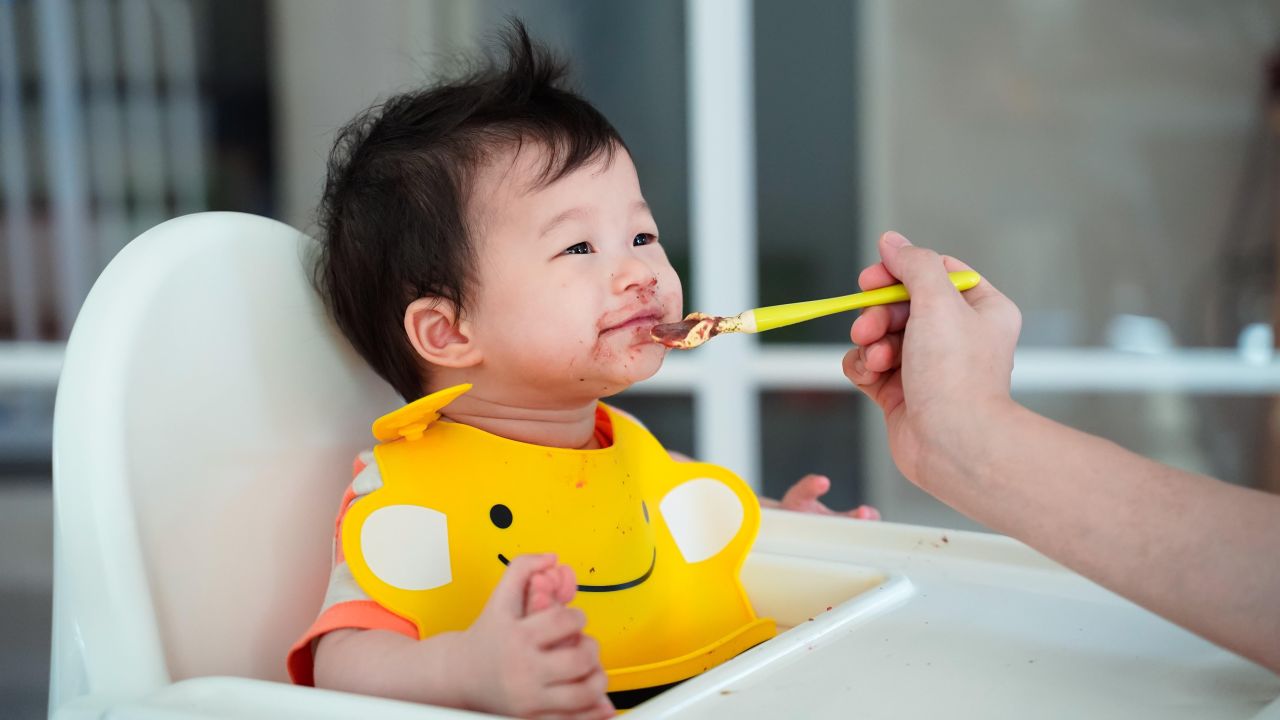 The prevailing societal trend in parenting in the 1960s was based on the open, understanding style of baby guru Dr. Benjamin Spock, but there was a popular counter-stream too, as exemplified in the authoritarian parenting advocated by paediatrician Walter W. Sackett, Jr.

In his 1962 book Bringing Up Baby, Sackett advises parents to not feed hungry, crying babies, and to not let babies believe they are “entitled to all the love at the expense of the deeper love that existed between his parents before he was born.”

There’s also this sentence which I love:

If we teach our offspring to expect everything to be provided on demand, we must admit the possibility that we are sowing the seeds of socialism.

But the weirdest thing is the food. Sackett encourages parents to get their kids off breastmilk fast by feeding them cereal two days after birth, then moving up to bacon and eggs by three months of age. By the time your child is six months old, he advised, they should be drinking coffee every morning. (I did not make that up.) But feeding a baby solid food too soon can be very bad for them.

Putting babies to sleep on their stomachs (1960s) 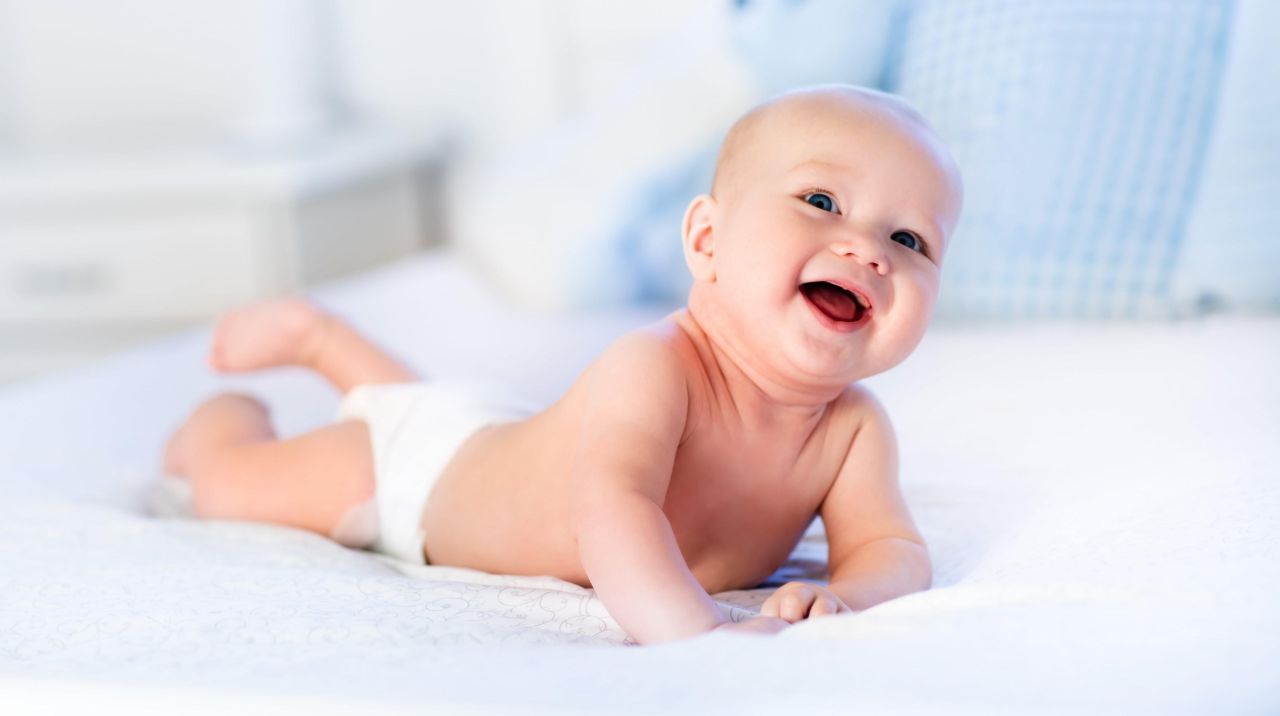 Dr. Benjamin Spock did a lot of good for babies and parents, but there was this one thing he did that was preeeeettty bad. Spock was among the first professionals to recommend babies sleep on their stomachs. Spock’s reasoning was that if a baby sleeping on its back vomits, it could aspirate. OK, but back sleeping also makes infants less likely to die of Sudden Infant Death Syndrome. (Latest safe sleeping recommendations from Red Nose Day team here.)

The medical world didn’t know this detail about SIDS at the time of Spock’s first book, but the good doctor didn’t revise his canon to comport with the science until years after there was solid evidence in favour of back-sleeping. 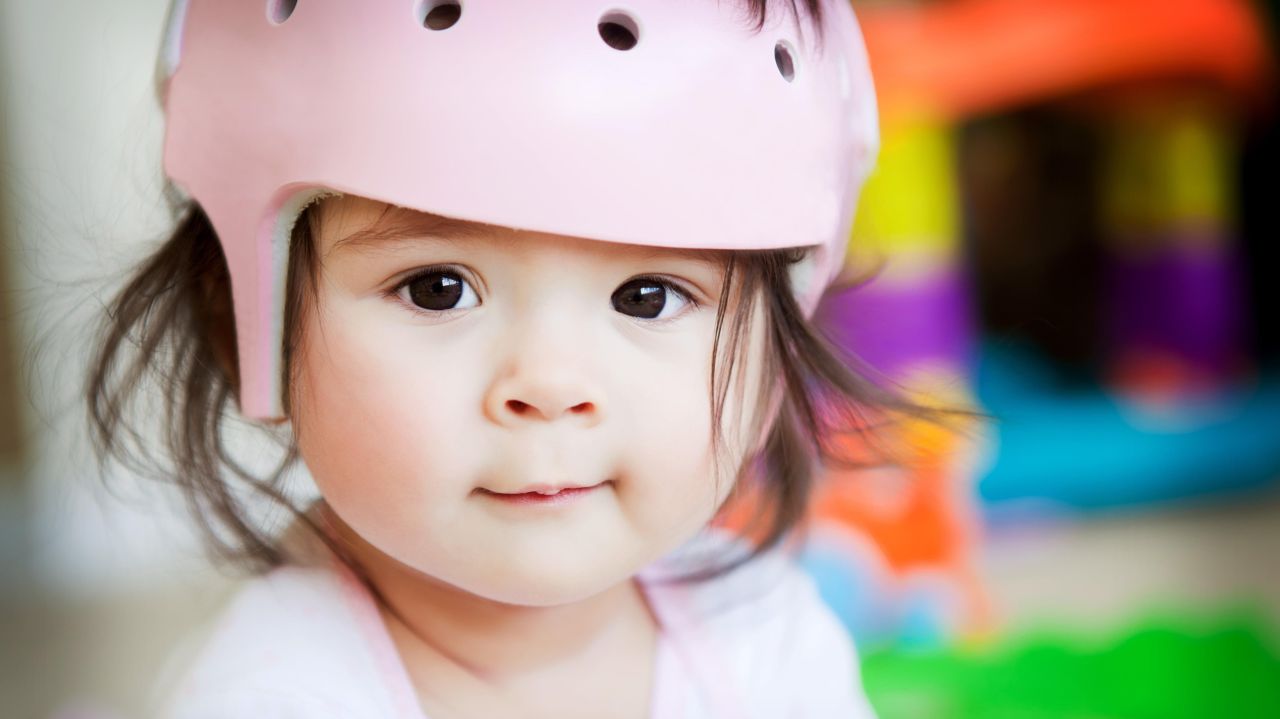 Older people love to talk about how being a kid in the ‘60s and ‘70s toughened them up. They brag about how awesome and fun it was to roll around in a pickup truck bed or ride a bike without a helmet. But that shit wasn’t fun at all for the 116,000 kids per year who suffered from bicycle related traumatic brain injuries that could have been prevented with a simple helmet. Wearing helmets and seatbelts is such an easy thing to do, and so obviously the right thing to do, it’s hard to even believe that the practices weren’t widely adopted in the US until the 1980s. 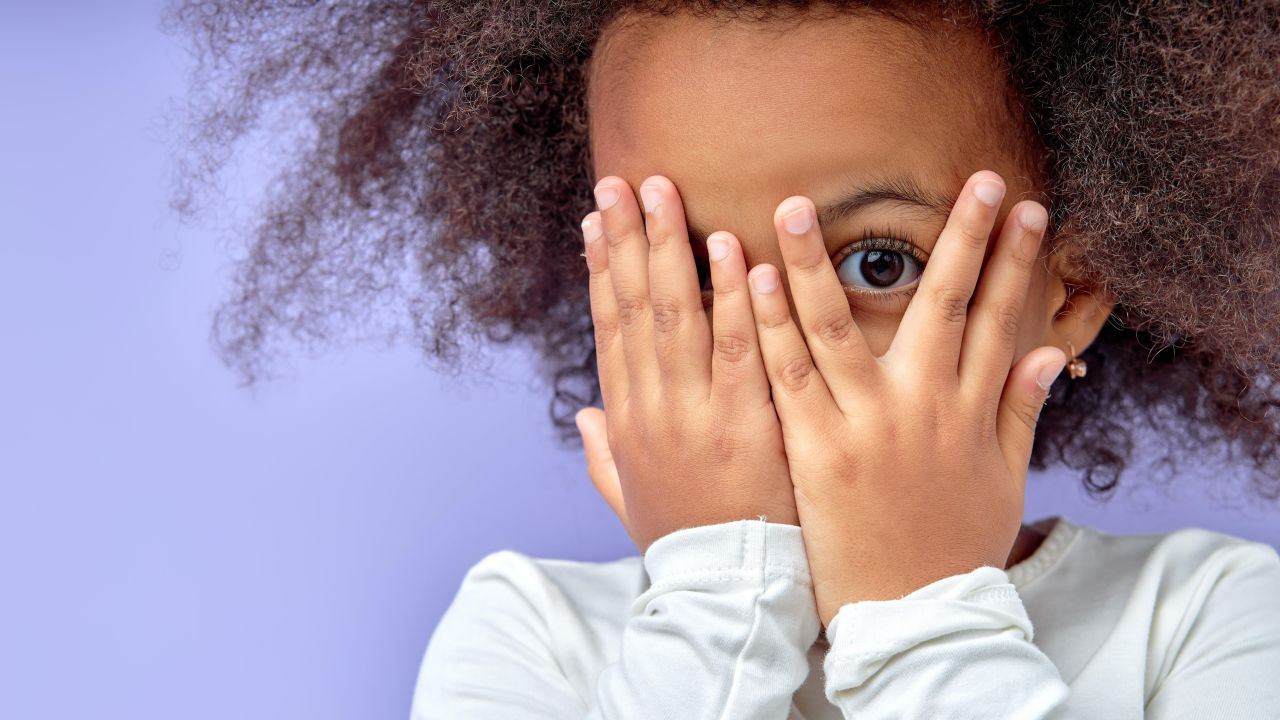 It’s easy to take the knee-jerk position that kids today are over-protected by their parents, but that seems much better than the philosophy during the 1980s, when pure fear was often employed as a way of keeping kids on the straight and narrow. Instead of a fact-based discussion of the dangers of drug use, kids were just told “This will fry your brain.” Television aimed at kids routinely featured unrealistic worst-case-scenarios: If you have sex, you will die of AIDs. If you drink and drive, you will die in a car crash. If you do drugs, you will die of an overdose. Even non-educational movies took on this theme. What are ‘80s slasher movies if not crude morality plays where all deviation from the norm is punished by a machete through the chest?

There’s no way to really determine whether this “worked,” but I suspect it had the opposite of the intended effect. When you lie to kids about how dangerous something is, they tend to stop believing anything you say. 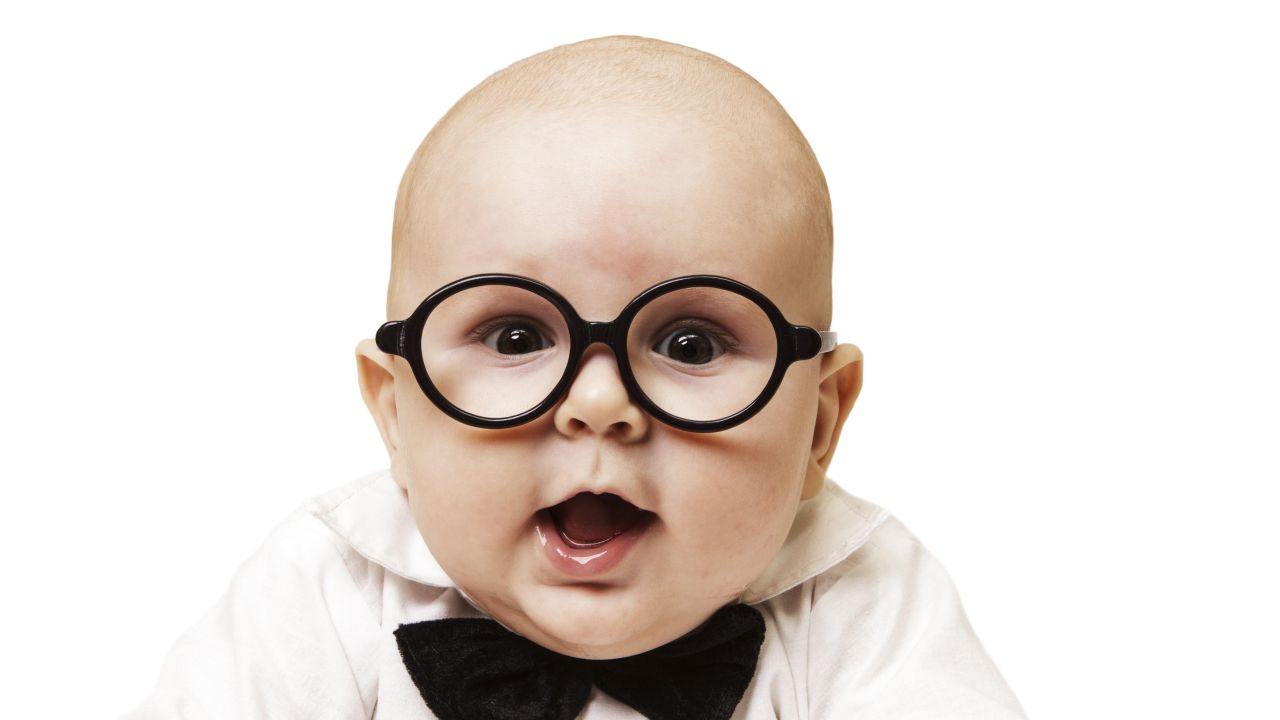 Baby Einstein sounds like such a good idea: Just plop your toddler in front of the TV and slip in this DVD and they’ll be smarter. If only it worked.

First released in 1996 (and still around today) the Baby Einstein series and other early childhood education videos have been shown to delay language development instead of boosting it, leading to the American Academy of Pediatrics’ recommendation that children under two years old not watch any kind of television, even if it has a soundtrack of classical music. 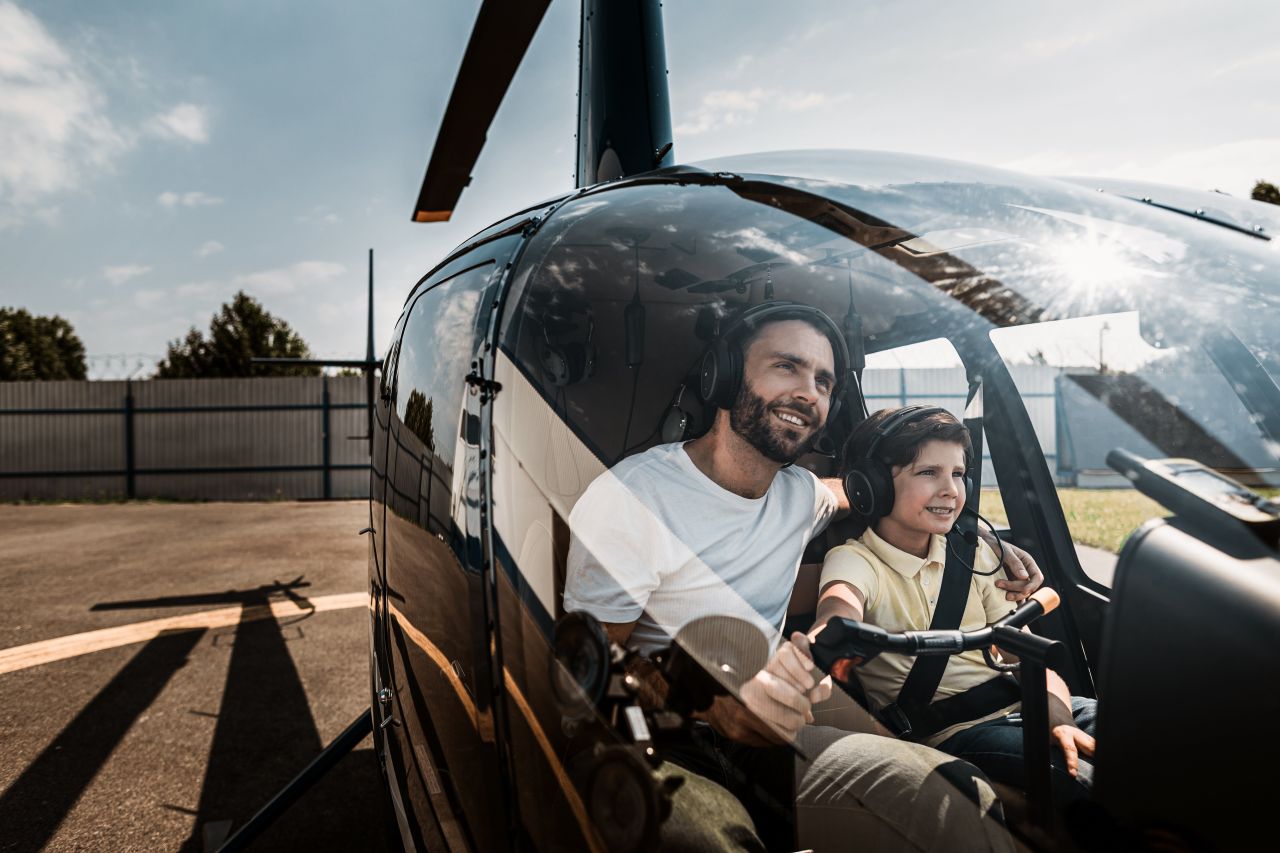 This list started with the 1920s parental style of ignoring your children so they learn to be self-sufficient, and ends with the current day’s opposite approach: Helicopter parenting. With the best intentions, helicopter parents insert themselves into every aspect of their child’s life, but in so doing they prevent their kids from learning independence. Research shows that helicoptered kids are less healthy, more likely to have emotional problems, and more likely to have trouble with self-regulation than their non-helicoptered peers.

This article has been updated to correct a mistake regarding safe sleeping practices for infants.