In light of the Russian invasion of Ukraine, many Americans have called for boycotts of Russian goods in order to show their support for the Ukrainian people. Republican and Democratic leaders alike have specifically called for the removal of Russian vodkas from shelves; one tavern owner in Bend, Ore. went so far as to film himself pouring out his establishment’s Stoli vodka in a well-meaning but misguided protest of Russia’s aggression. While I wholeheartedly agree with the intention, the fact of the matter is that a lot of supposedly Russian goods and symbols are not so Russian after all.

I support the idea of showing solidarity with Ukraine any way you can, but some go-to Russian targets aren’t worth striking out at. Of course, you could argue that idealogical boycotts on vodka and other products symbolic of Russia still matter, even if they aren’t meaningful in an economic sense. I might even agree with you there. So consider this a history lesson, not a guide to foreign policy and the efficacy of boycotting on a personal and global scale: Here are some “Russian” things that aren’t actually as Russian as you’ve been led to believe. 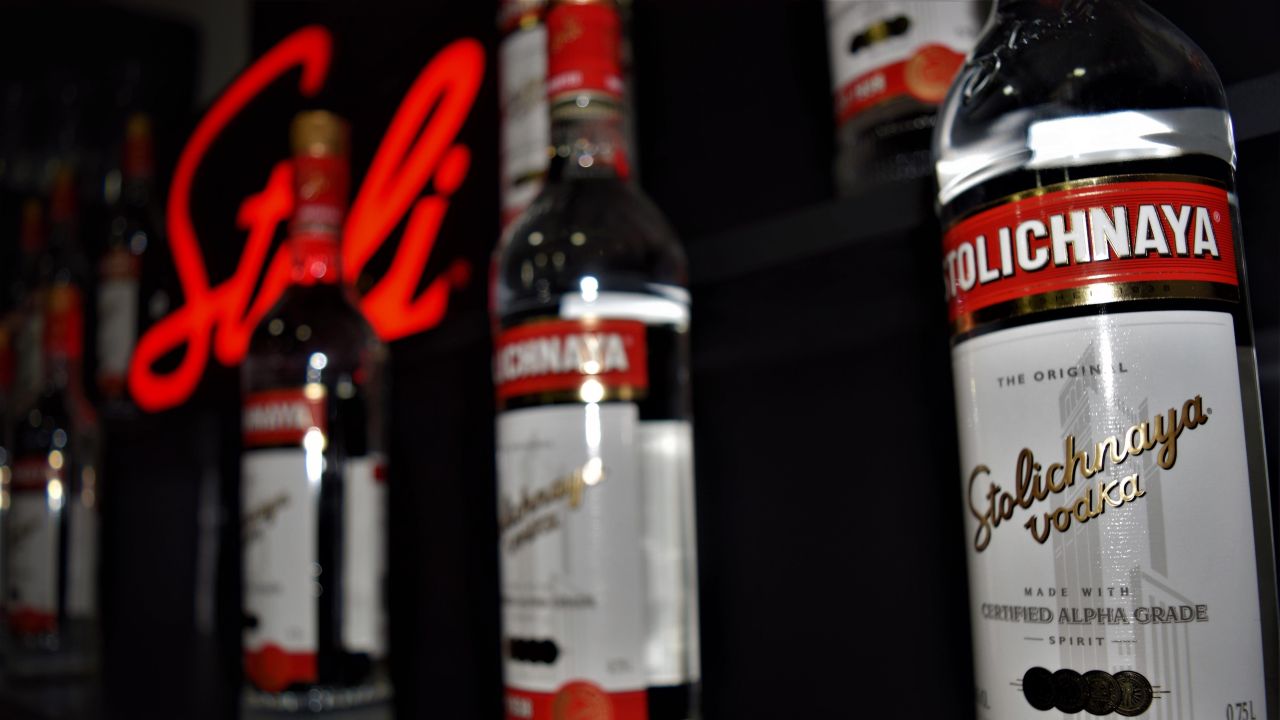 Sure, notions of Russia and vodka are irrefutably intertwined. But before you pour out a handle in protest, know that it probably didn’t come directly from Russia. According to NPR, less than 1% of vodka consumed in the U.S. is made in Russia. Even Stoli vodka, though Russian in name, is actually made in Latvia. In a statement to CNN, Stoli Group said it “unequivocally condemns the military action in Ukraine and stands ready to support the Ukrainian people, our teams and partners.”

Similarly, Smirnoff is a popular brand that does have origins in Russia, but has long been owned by a British company, and is currently manufactured in Illinois. Absolut, Svedka, Grey Goose, and so on — your vodka of choice likely is not Russian-made, unless it happens to be Russian Standard or Green Mark.

If you still want a vodka-infused way to support Ukraine, how about buying Ukrainian, like with some Khor?

Your favourite (or least favourite) cocktail 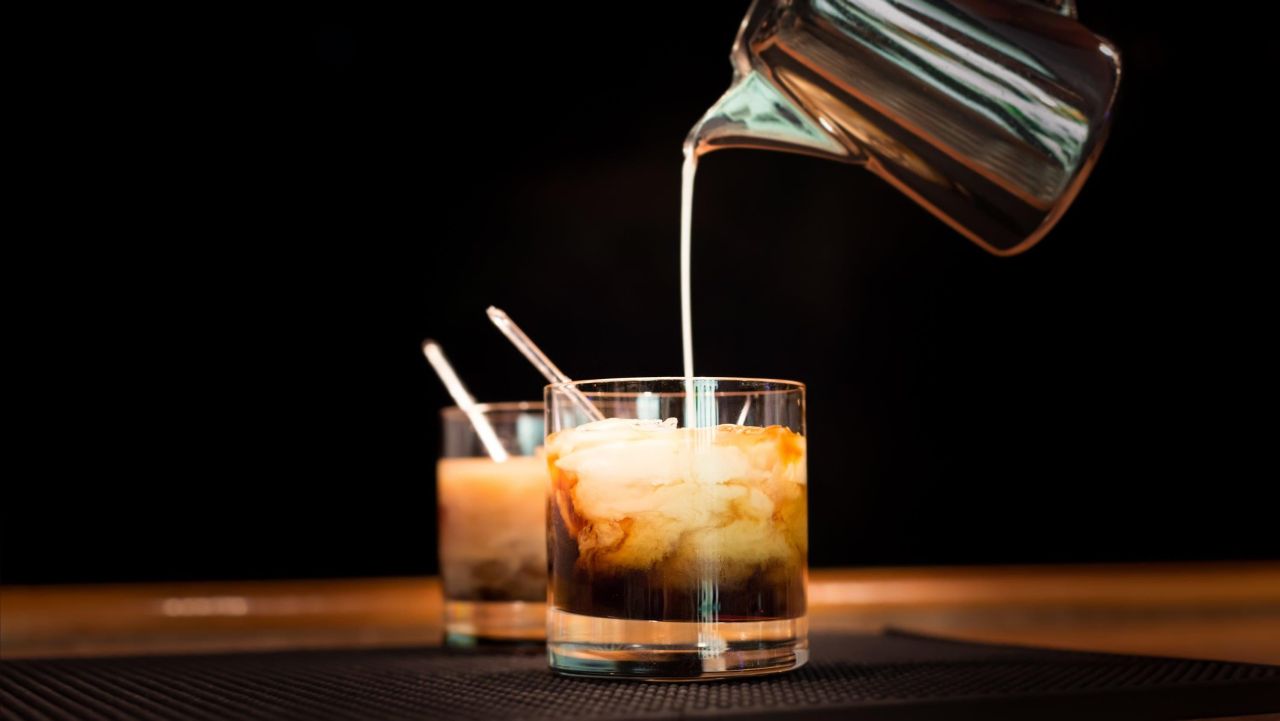 Time for some good ol’ lore about the highly controversial Black and/or White Russian cocktail. Love ‘em or hate ‘em, their “Russian” names might be a lie.

Legend has it that in the late 1940s, the American ambassador to Luxembourg, Perle Mesta, was made a signature drink by bartender Gustave Tops. This dark, mysterious elixir was made by mixing Russian vodka with Kahlúa — what we now call a Black Russian. Somewhere down the line, someone added milk or cream to the concoction to create the White Russian.

Here’s the thing: this story is set in the bar at the Hotel Metropole in Brussels. Brussels, Belgium. Not Russia. We can deduce that the “Russian” name likely comes from the fact that vodka is the main ingredient, but the cocktails themselves are not a part of Russian history. 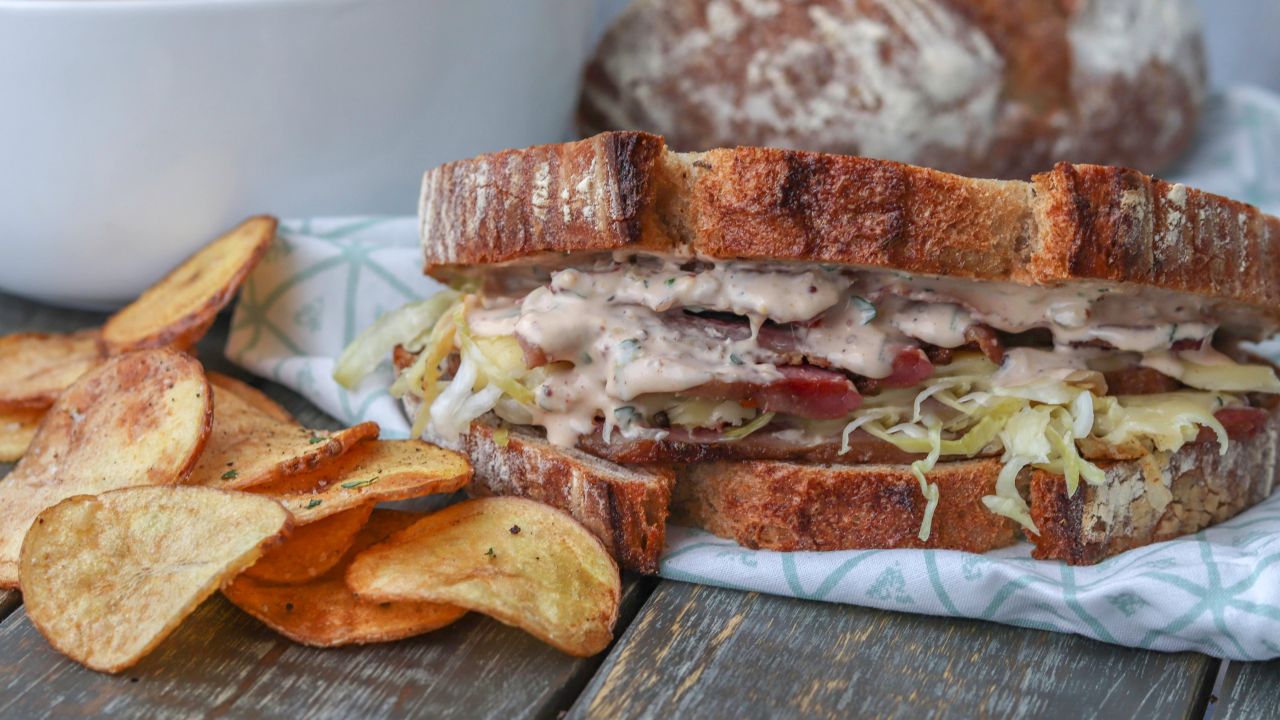 You’ve probably already guessed where this is going: Russian dressing is not Russian — far from it, in fact. Less of a salad dressing and more of a sandwich spread, this creamy condiment can be traced back to New Hampshire in 1924. The Washington Post credits the ideation of the spicy mayo and ketchup blend to grocer James E. Colburn. According to CNN, Colburn also liked to mix in caviar — an ingredient often associated with Russia — which could be the origin of the name. Still, if you’re swearing off all ties to Russia, even those that are only symbolic, swap it out for the arguably more popular Thousand Island. 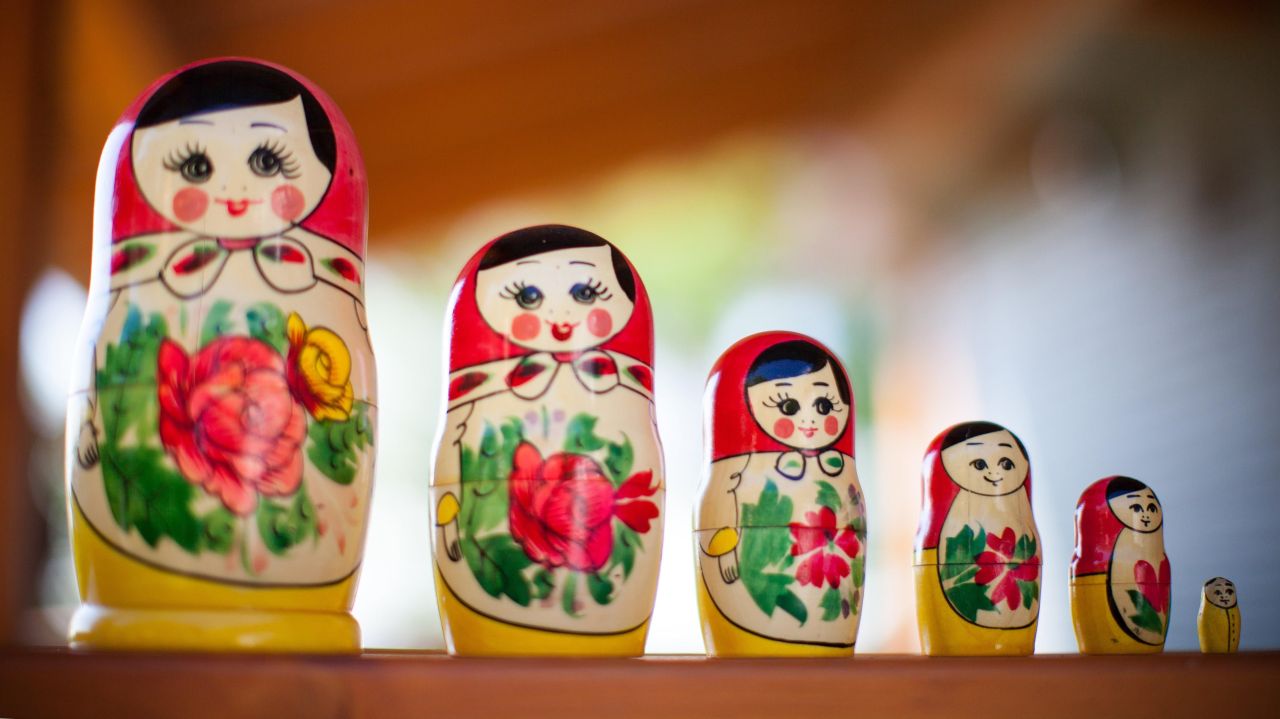 Whether you call them Russian, nesting, or Matryoshka dolls, it turns out their roots are actually in Japan. Probably — again, we’re relying on lore here. Still, the story goes that the artist credited with popularising these dolls got the idea after being gifted a Japanese daruma doll. The signature of the daruma doll is — surprise — smaller dolls hidden inside it. Dressing, cocktails, dolls…it seems like you can take anything Americans call “Russian” and open it up to find a different history hiding inside. 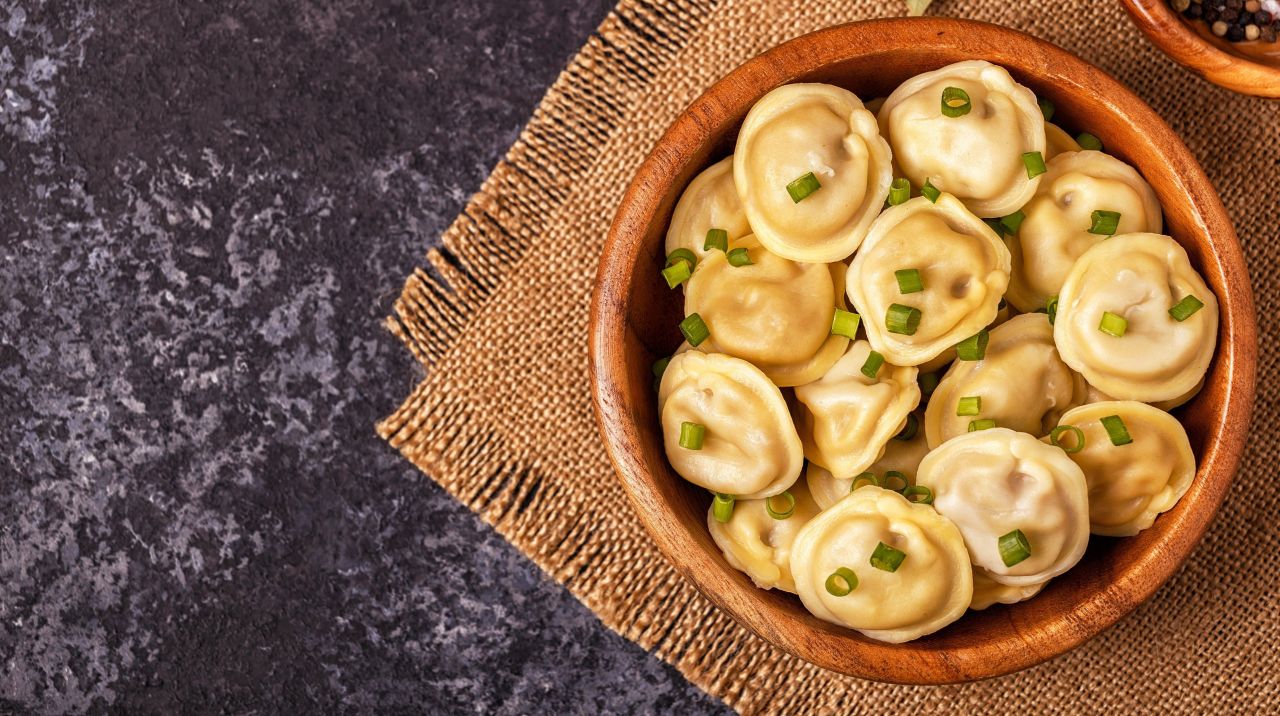 This one is up for debate. Most cultures independently developed some form of food that resembles a dumpling over the years, so it’s no surprise that the true origin of pelmenis — meat dumplings that are widely popular in Russia — can in fact be traced back further east. Just like those Russian dolls, huh? 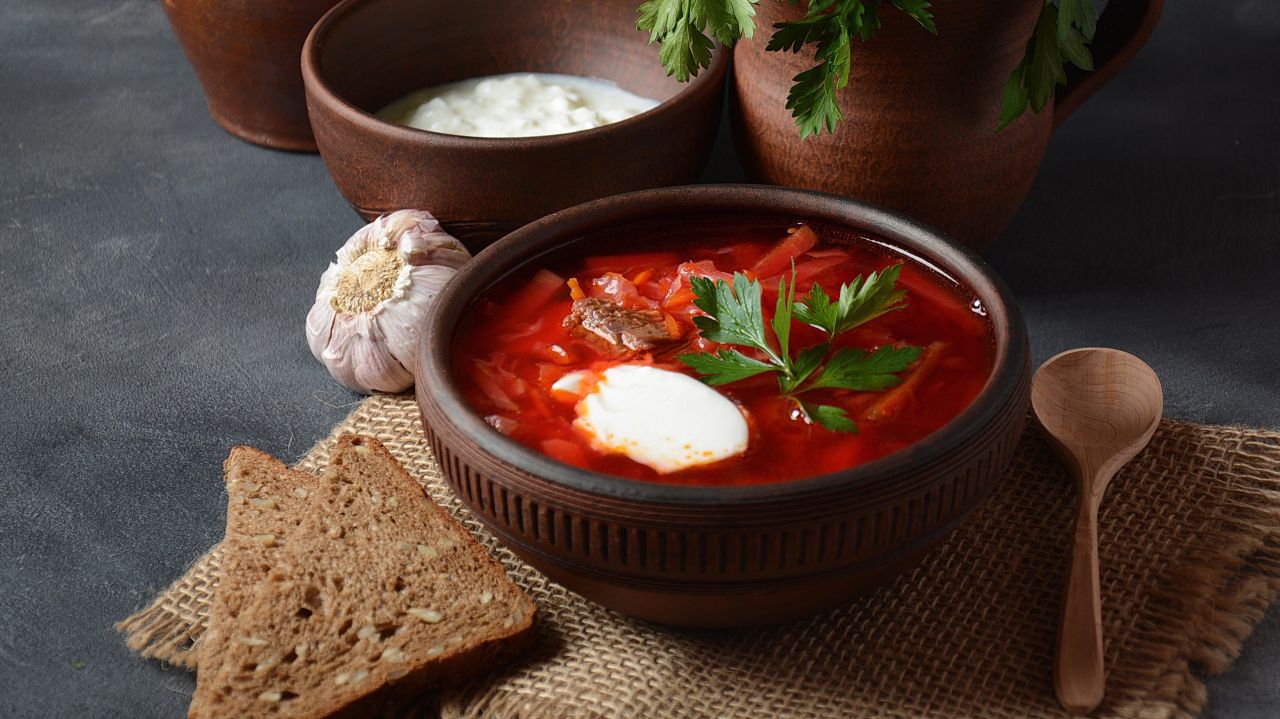 What better way to wrap up a hot topic than with some hot soup? Borscht is a traditional dish made with beets and other chopped vegetables, usually served with sour cream, and — despite my incredibly witty hook — it can be served hot or cold. Although it has strong ties to Russia and Poland, its true place of origin is Ukraine. As covered by the BBC, in 2019 Ukranians spoke out on social media to definitively claim this soup after when @Russia (the official Twitter account for the Russian Federation’s Ministry of Foreign Affairs) tweeted: “A timeless classic, #Borsch is one of Russia’s most famous & beloved #dishes & a symbol of traditional cuisine.” If you want to symbolically stand up for Ukraine, stand up with a hot (or cold) bowl of borscht.