18 Things You Need to Know to Prevent a Home Burglary

The thought of someone breaking into your house and stealing your stuff is terrifying, and a lot of the “conventional wisdom” about how prevent it seems to prey on that fear. It’s not necessarily wrong advice, but it often seems based on our fear instead of reality, and often proposes a lot of (usually expensive) solutions that aren’t necessary to prevent most home break-ins.

Below are 18 simple, mostly inexpensive tips to make your home less likely to be targeted. It won’t make your place into an impenetrable vault, or protect against home-invaders and career criminals set on targeting you, but as you’ll read, those scenarios are the exception not the rule.

Understand who breaks into houses 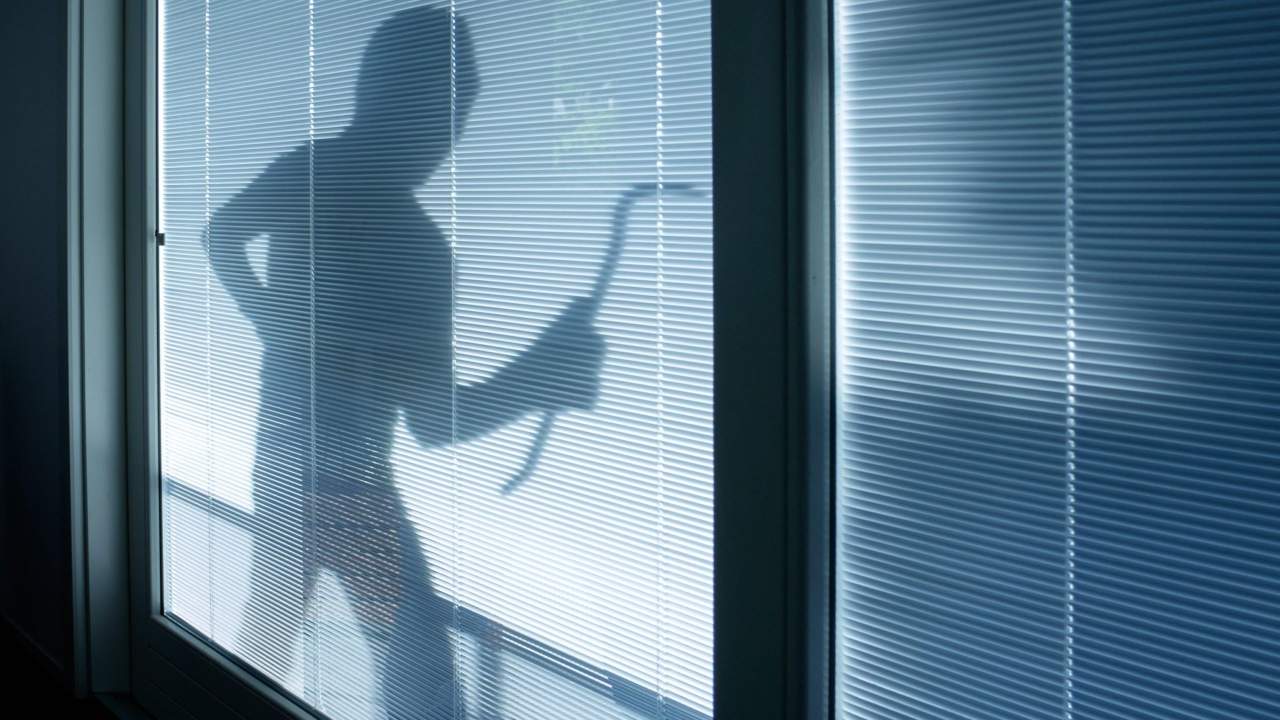 When people think of a home burglary, they often picture a black-clad professional thief casing a home so they can return in the dead of night, cut the alarm cables, and make off with the diamonds. But in real life, only about 12 per cent of burglaries are planned in advance, and they are rarely committed by career criminals. Instead, the bad guy is usually someone the victim already knows, and the majority of break-ins happen during the day.

Breaking into a house and ganking some stuff is usually a crime of opportunity, so the best overall prevention strategies are basically to make your house more of a hassle to rob than your neighbours’ and be more choosy about your friends and handymen.

Understand who is most likely to be robbed 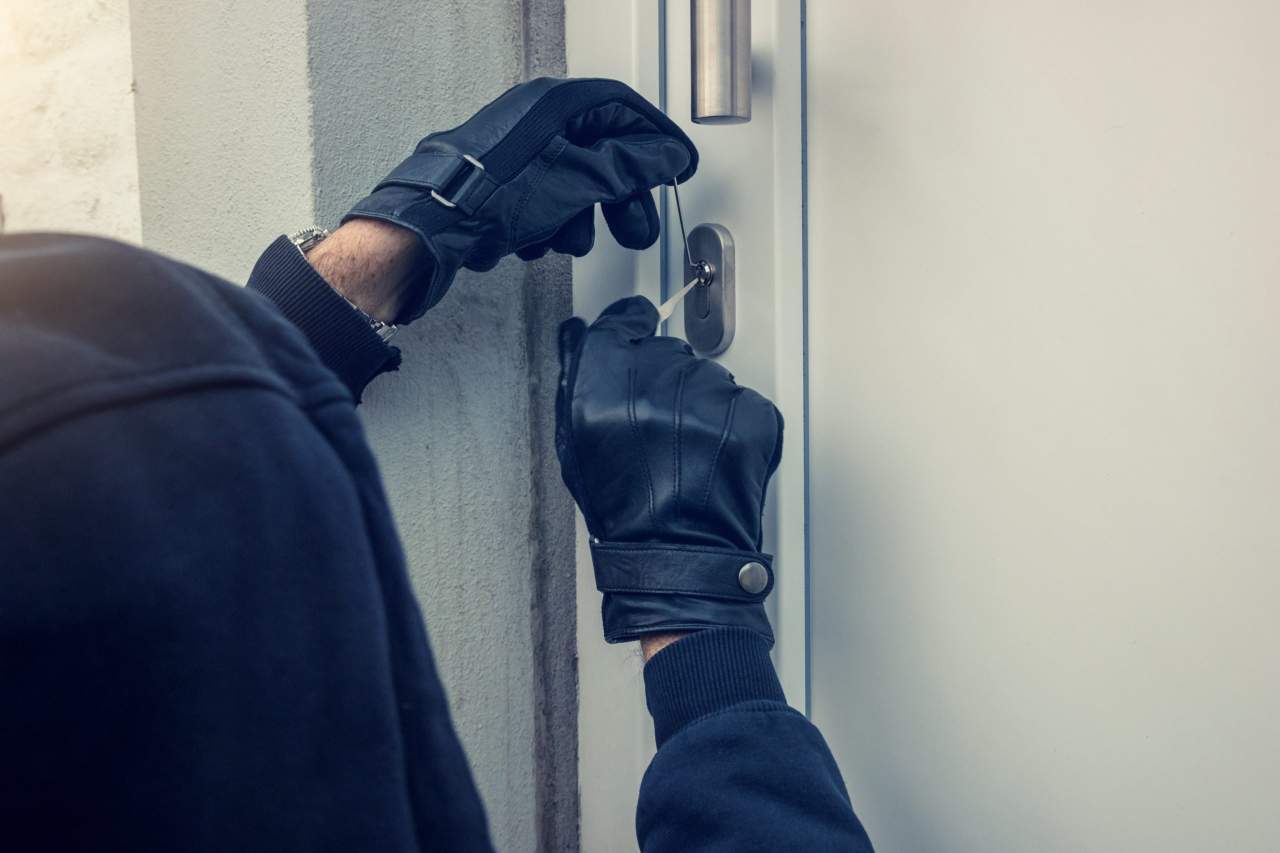 Burglars don’t want to be seen, so they tend to rob unattached homes in the middle of the block (houses on the corner have twice as much traffic) with some kind of cover to hide their activities.

Lock your doors and windows, and change the locks when you need to 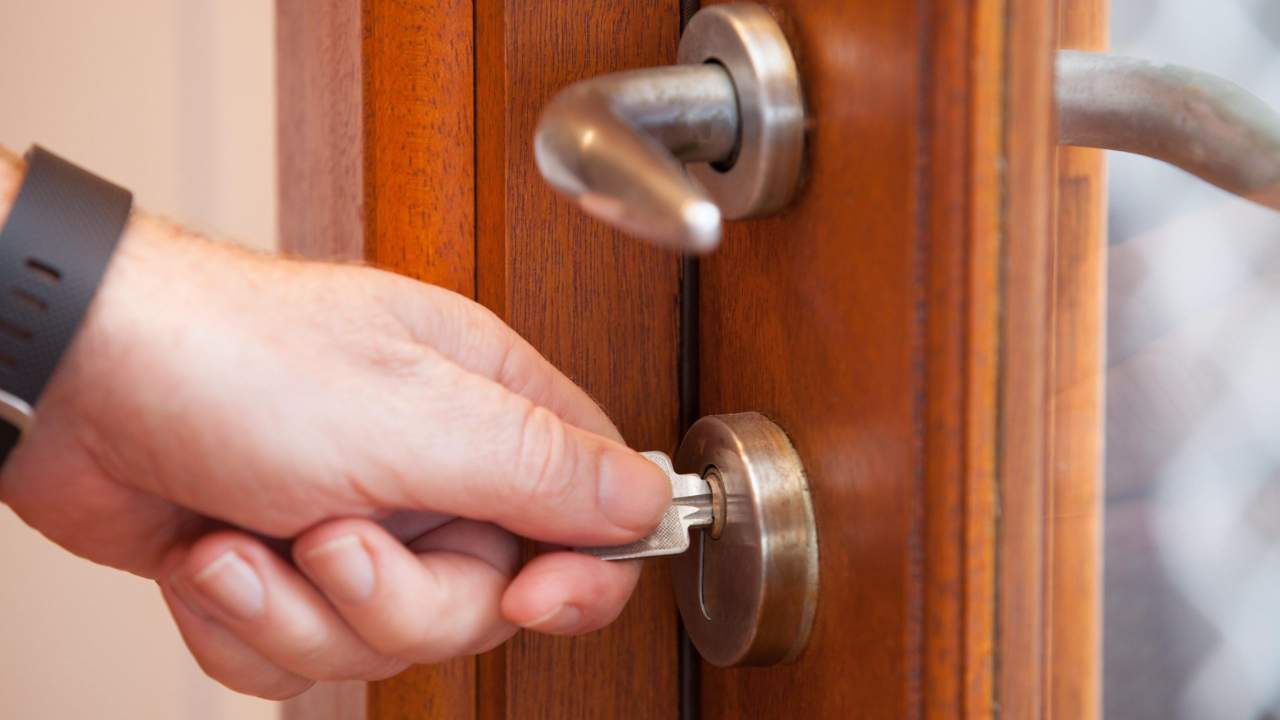 “Keep your doors locked” is obvious advice, but according to the FBI, about 40 per cent of home burglaries don’t involve forcible entry at all, and might have been prevented by remembering to lock up. When moving into a new rental, make sure the locks are changed, and, since most victims know their burglars, you probably should change your locks when a roommate moves out or a relationship ends. 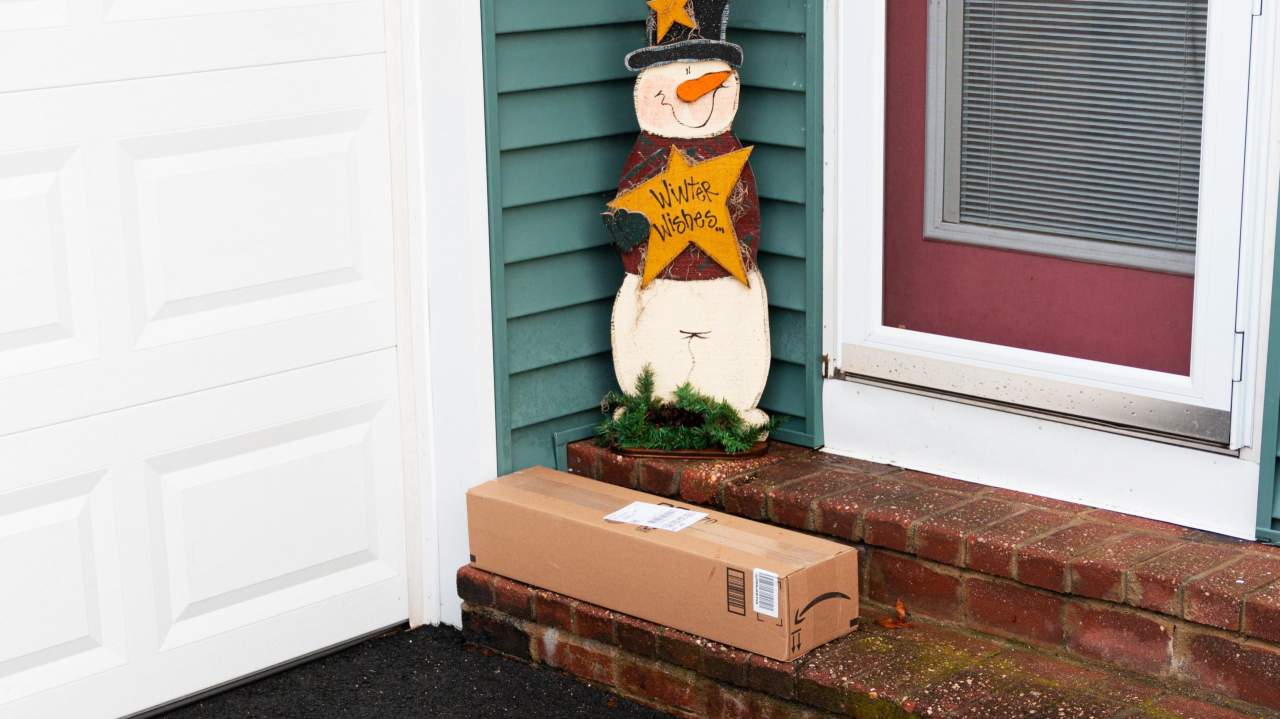 Some jerk stealing your delivery while you’re at work is a way more likely occurrence than a break-in. The easiest way to prevent porch-piracy is to require shipping companies to get your signature for deliveries, but you can also have package sent to a shut-in neighbour, put in a package lockbox (or lock bag), or have the packages sent to your shipper’s receiving service.

Park a car in your driveway 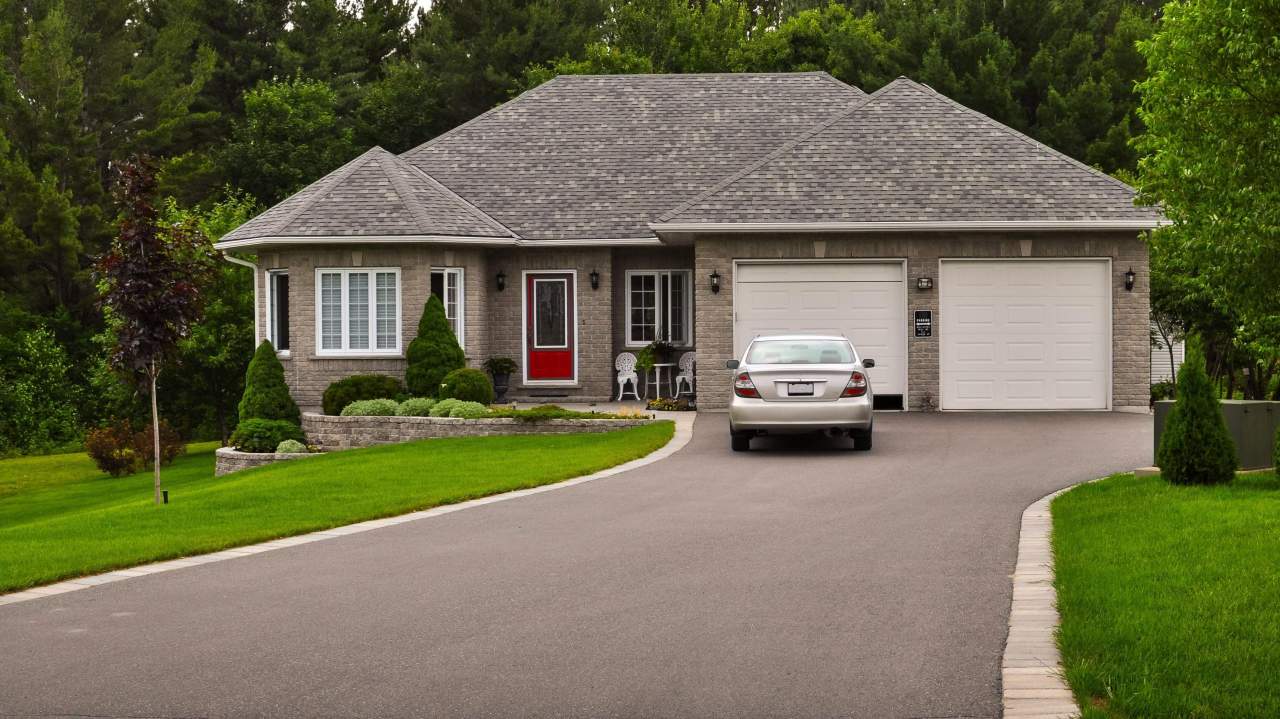 Having a car parked in your driveway may be the most effective way to prevent home burglaries because nothing says “someone is home” louder than a car in the drive. KTVB interviewed 86 burglars, and almost all of them said they’d avoid robbing a house with a vehicle in the driveway.

Leave lights and a TV or radio on 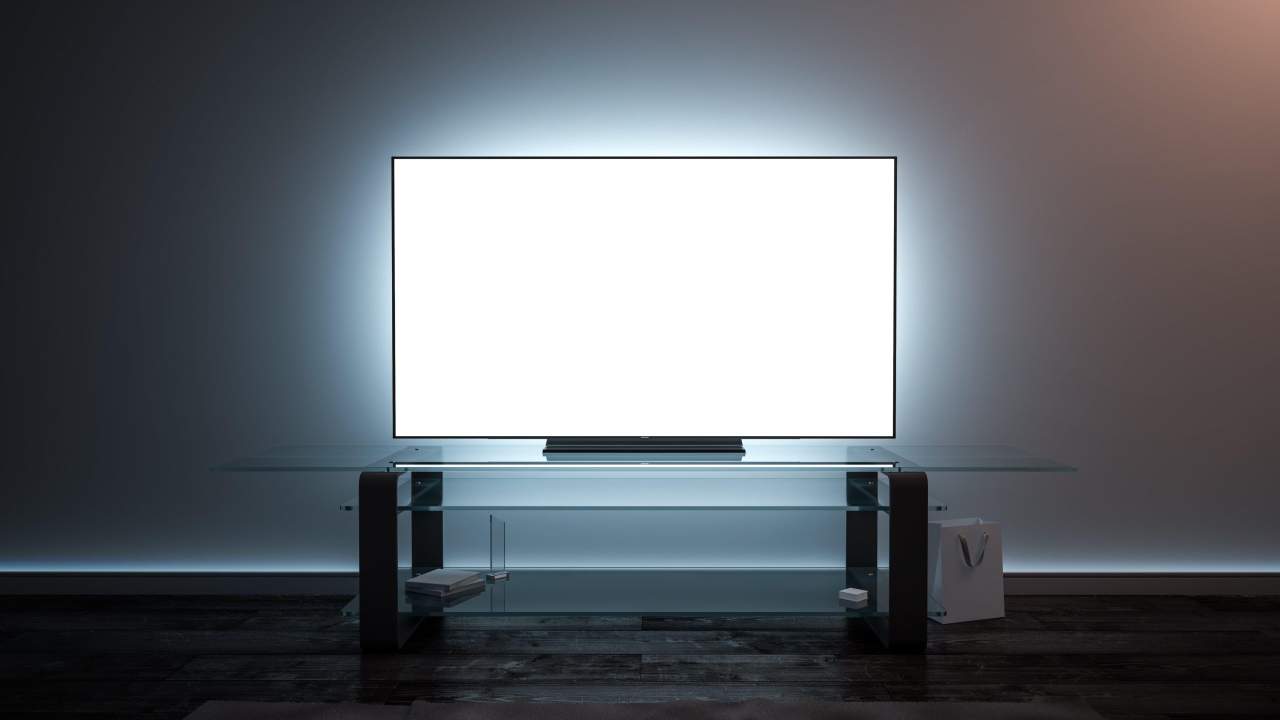 Leaving lights burning and a TV on is an easy way to signal “someone is home” at night. There are light timers and smart home controllers that let you set up a schedule for when things go on and off, and even light display gimmicks that mimic a television being on. Some people say that you should avoid having the lights go on at the same time every night, so no one can pick up the pattern, but if someone is watching your house that closely while you’re on vacation, I wonder how much it would help. So just leave a few things on before you go out for basic break-in protection. 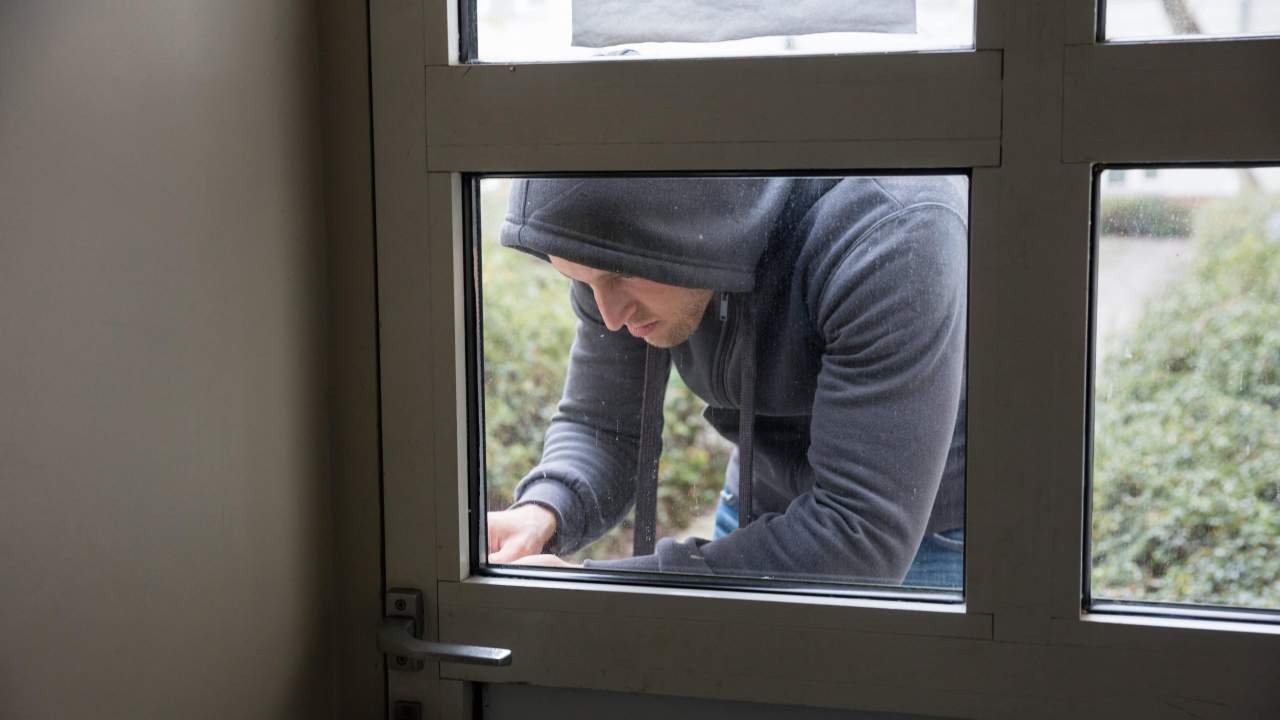 Most burglaries happen during the day because that’s when people are least likely to be home. This means that one of the “standard” protections against burglary — motion lights — isn’t going to matter most of the time. That having been said… 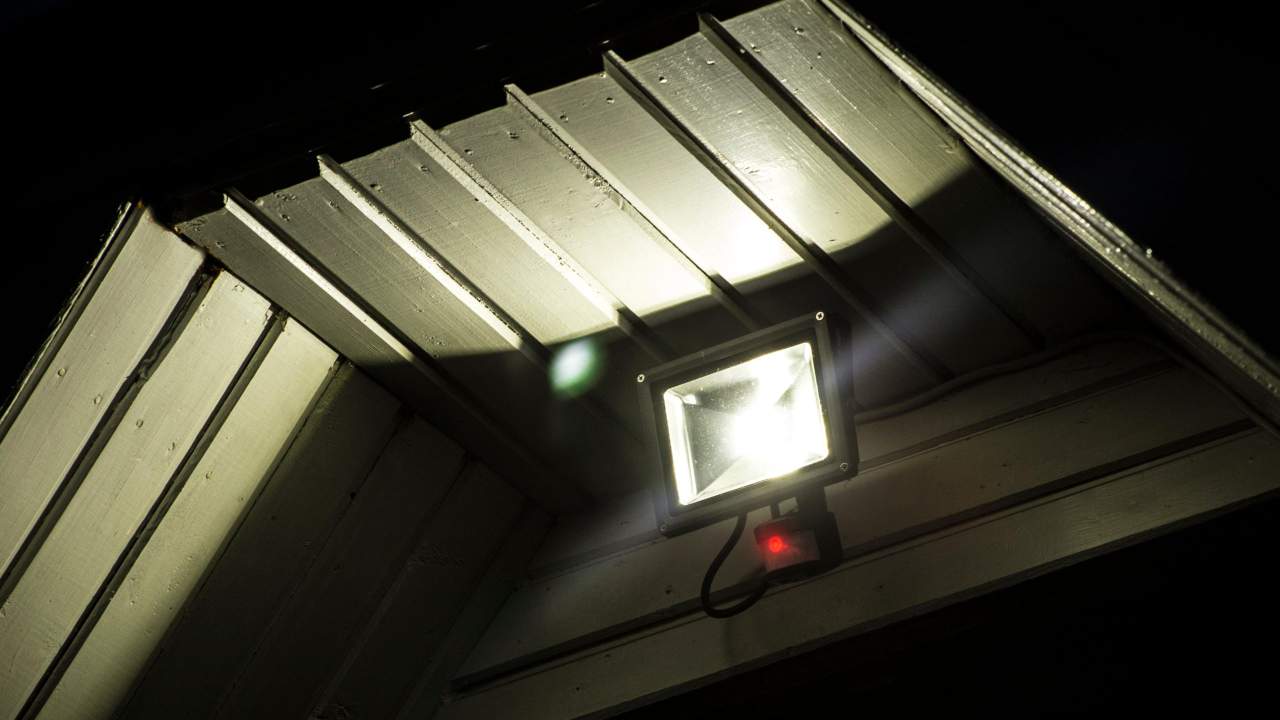 Lighting up the driveway isn’t going to be relevant to most home burglaries, but it certainly can’t hurt. 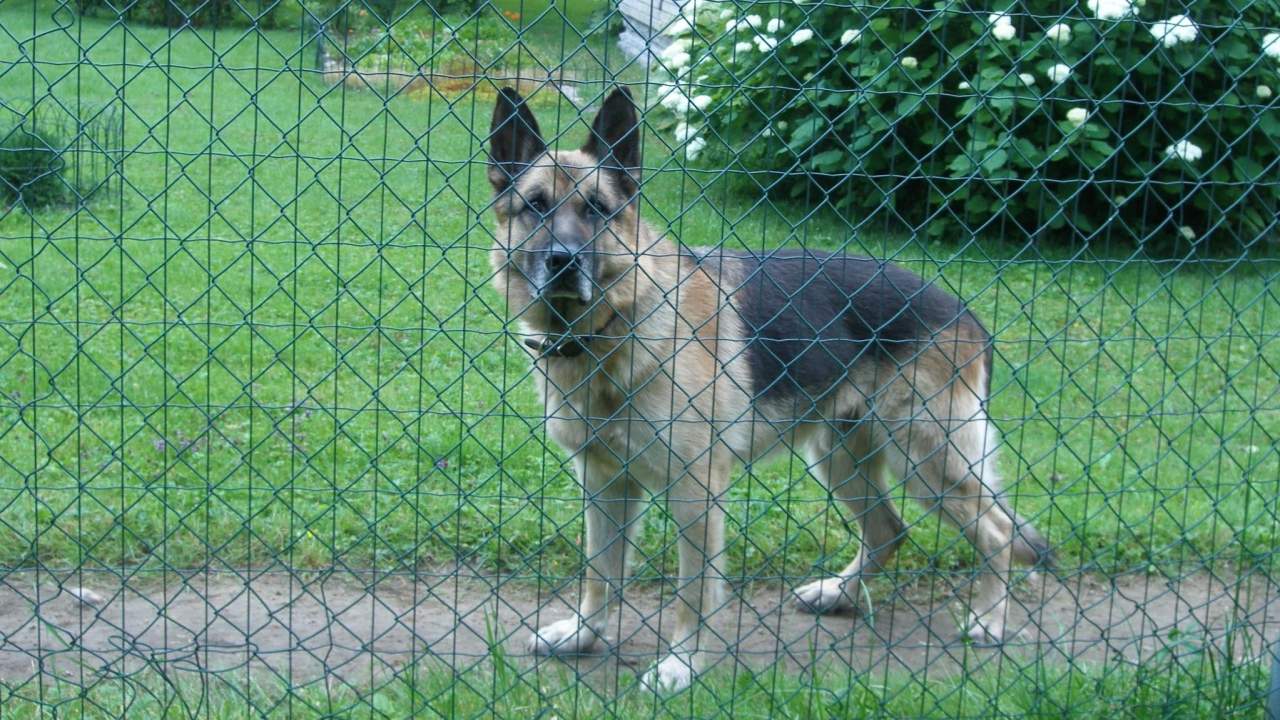 No one wants an encounter with an unfriendly dog, so Fido barking from the living room would be enough to deter most crooks looking for an easy score. Big dogs work better than small ones. That said, training a dog to actually provide security is difficult and expensive, so weigh out the pros and cons of “family pet” vs. “guard dog.” If you don’t actually want a dog, put a “beware of dog” sign up. It might work, and it’s morally acceptable to lie to would-be home invaders.

How much of a home security system do you need? 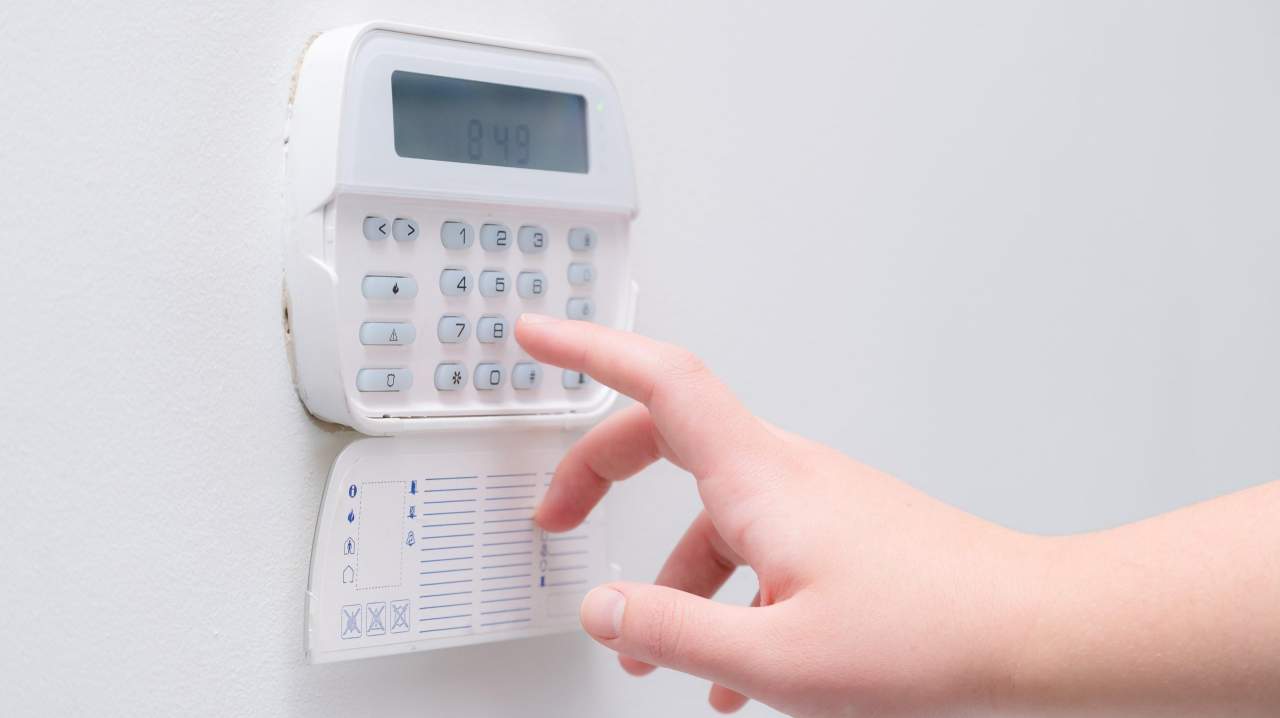 You can buy motion-sensing alarms for about $40, and their piercing siren will send many intruders running. It won’t call the cops or provide any other kind of protection, though.

There’s nothing stopping you from putting up a sign that says you have a security system even if you don’t, but remember to put one on by the back door, too. If it makes you feel better and you have the cash, get a good security system. But don’t sweat it that much. 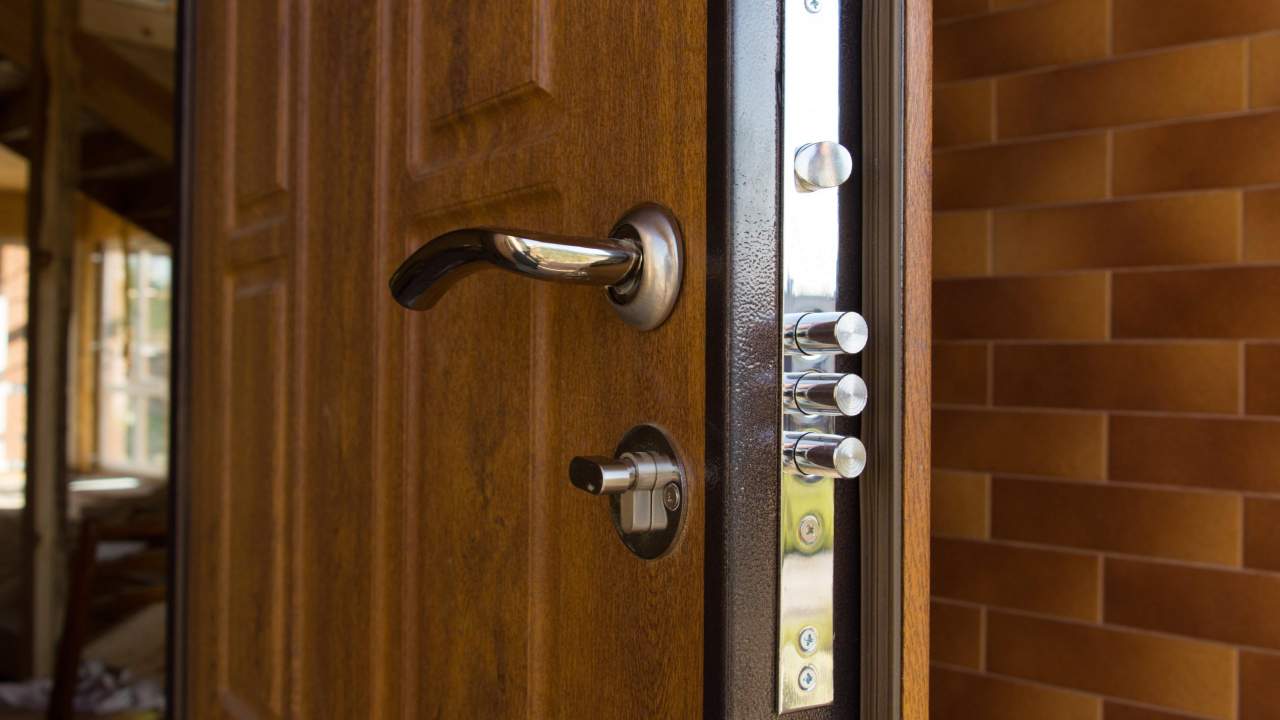 Criminals prefer breaking doors to breaking windows — it’s less noisy and you don’t risk being cut. They aren’t likely to spend a lot of time picking your lock when a crowbar or a kick would do the job, so you should make sure your door is secure. Reinforce the hinges and lock-plate or get one of these door security bars. 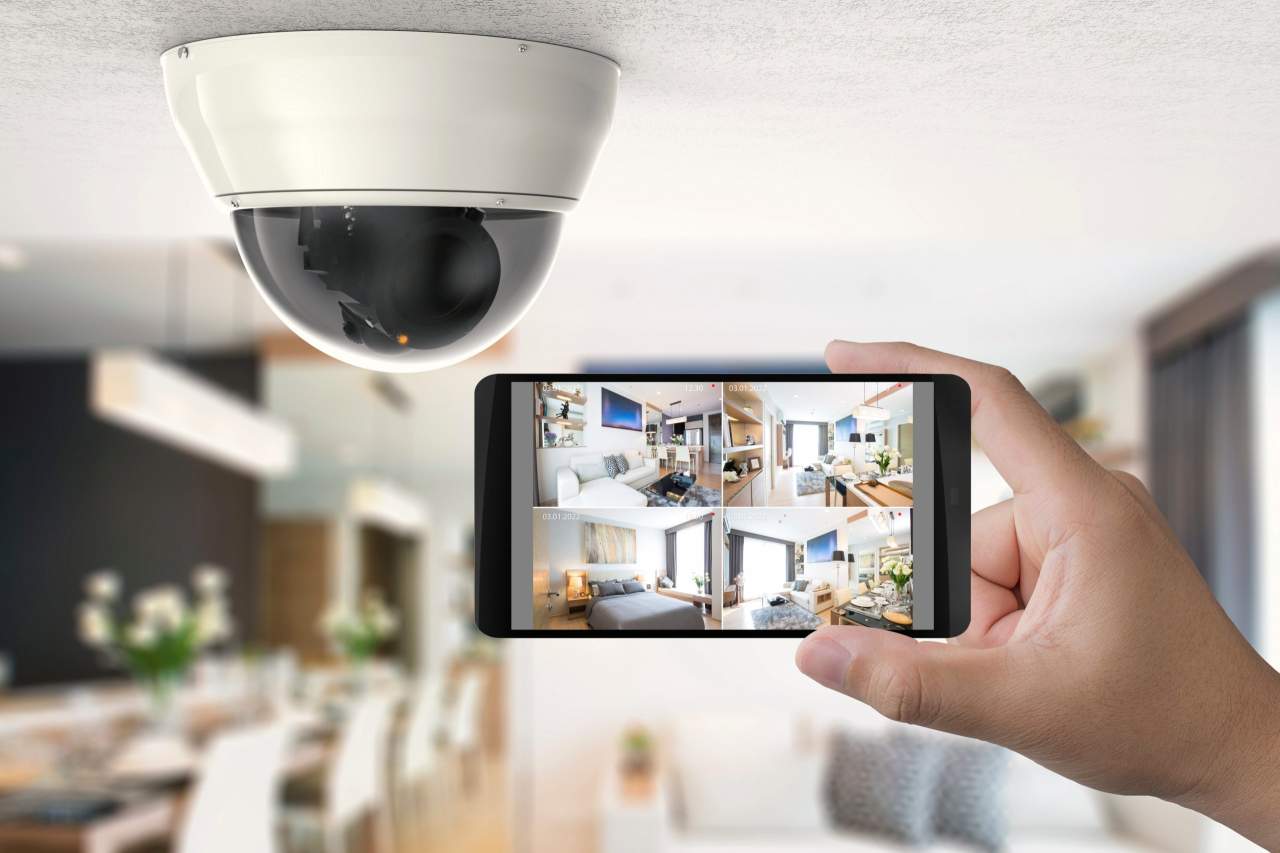 It might be cool to have a lot of cameras monitoring your home, but if some lowlife sneaks in while you’re at work, what are you really going to do with that high res footage of a skinny guy in a hoody making off with your fish tank? Maybe your local police department would launch an investigation and nab the perp, but I’m pretty certain mine would say, “we’ll file a report,” and that would be the end of it. 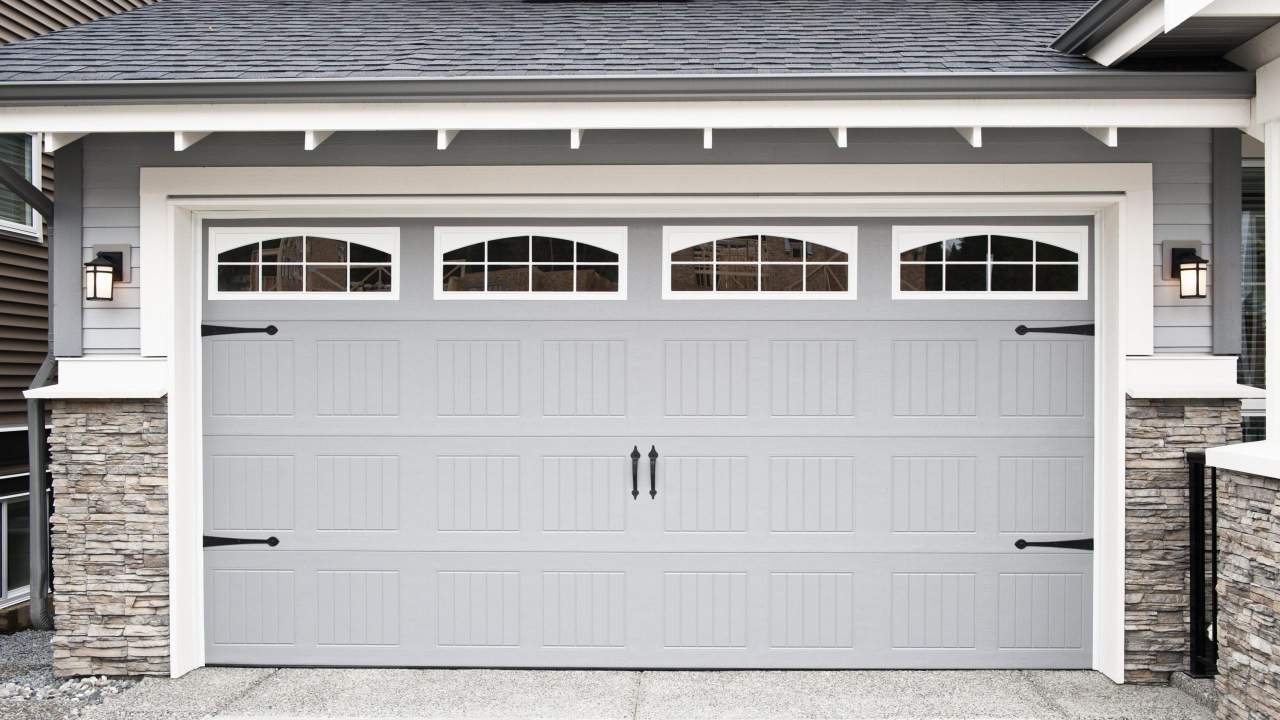 Don’t put a spare key under the mat 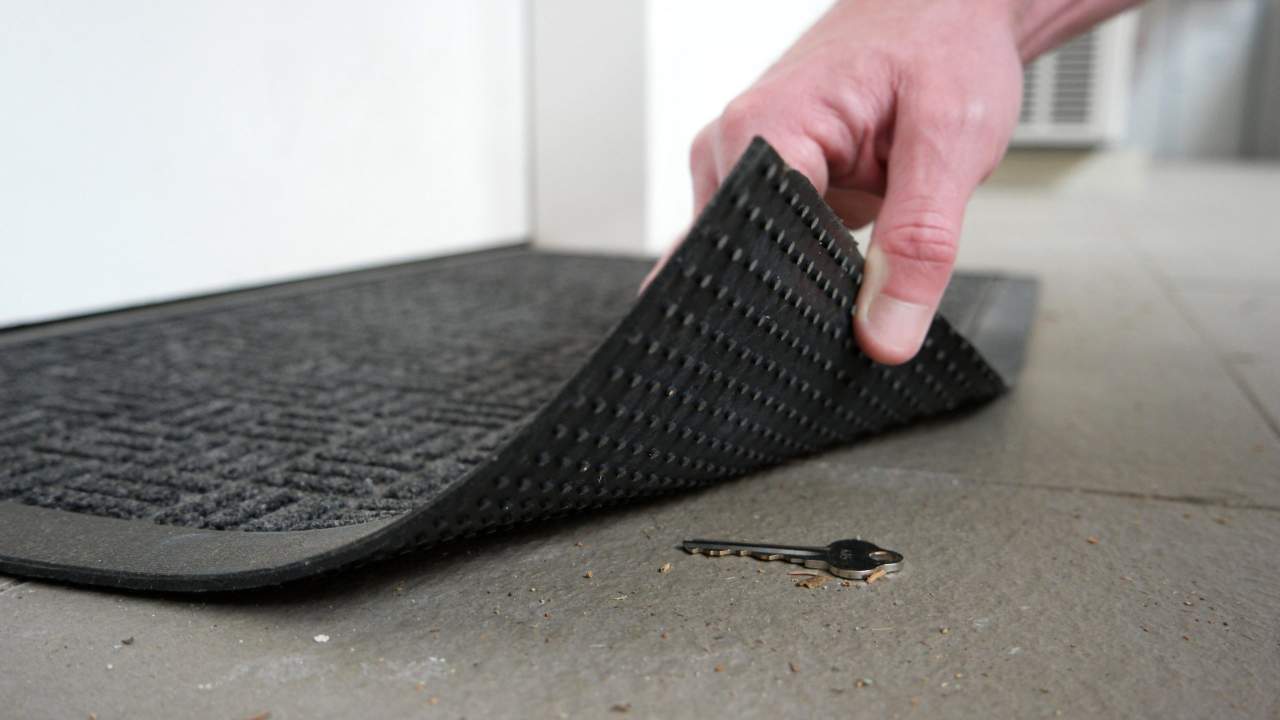 Most home burglars are dumbshits, but hardly anyone is so dumb they won’t look under the mat for the key. Instead, consider giving your spare key to a trusted neighbour or even installing a combination lock on your front door and do away with house keys forever. 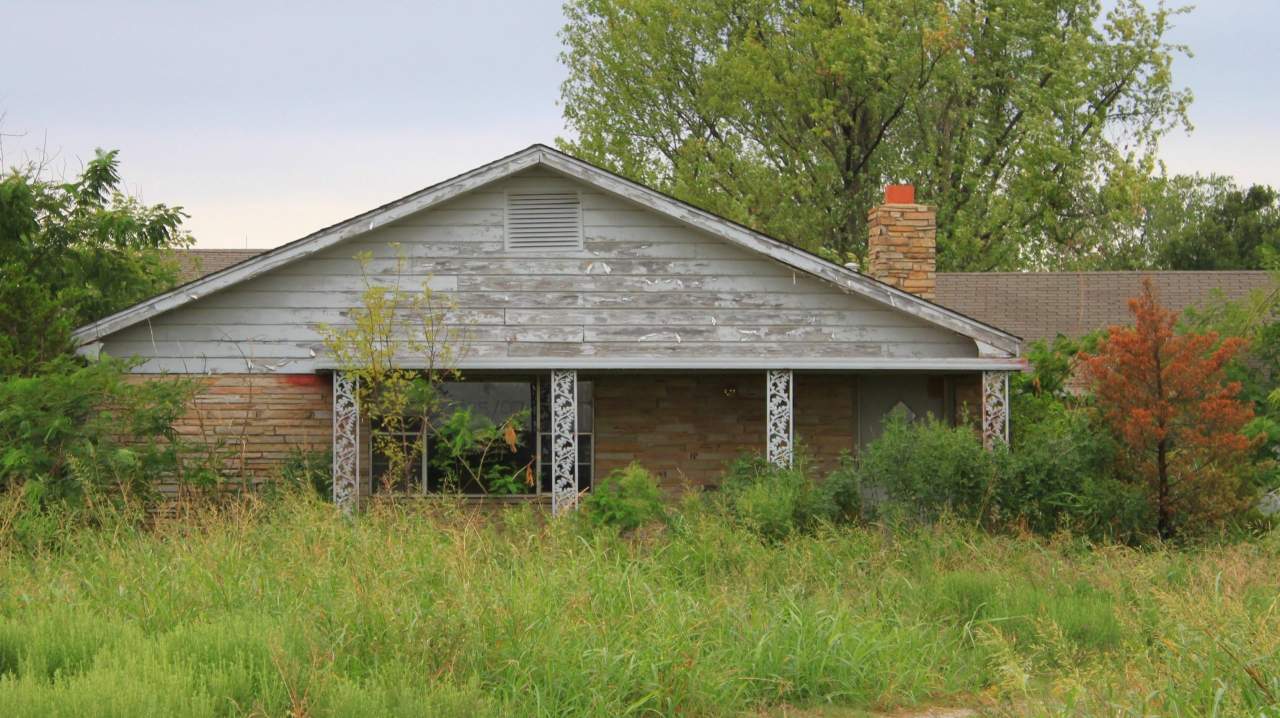 Keep your trees, bushes, and grass neat. First, because you’re not animal, but also because overgrown greenery is a signal that you have not been home in a bit and it can provide cover for a thief to break in.

Get to know your neighbours 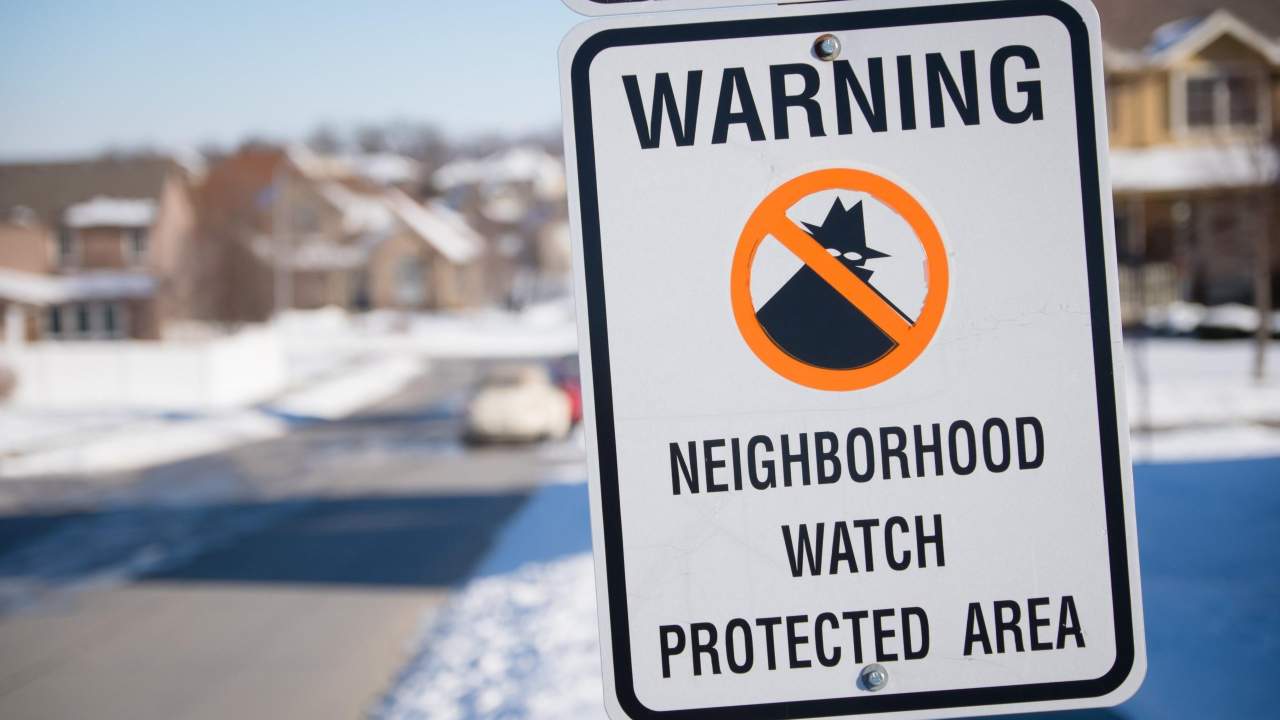 No offence to our nation’s brave Neighbourhood Watch members, but I doubt signs proclaiming that they are protecting the ‘hood do a lot to deter criminals. Actually getting to know your neighbours is a good idea though, so they’re at least looking out for your house (but it comes with the downside of having to talk to your neighbours).

Make sure your possessions are insured 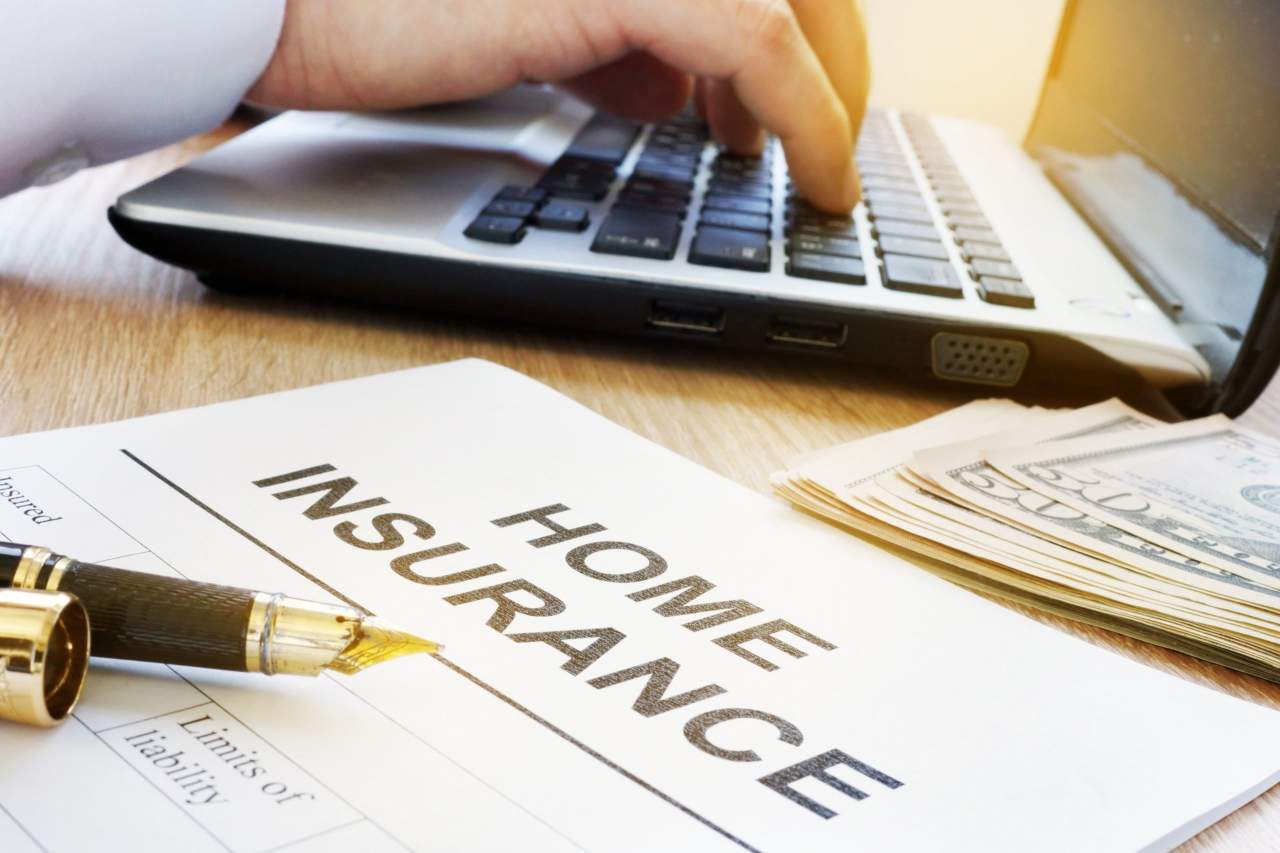 Someone violating your home is traumatic, but there’s no reason you need to take a material loss from it. Homeowners insurance usually covers losses from burglary, but check your policy to make sure. If you rent, renters insurance is inexpensive — just make sure you have your expensive possessions documented so you can prove what they’re worth.