12 Ways to Make iPhones and Androids Get Along Better

Making iPhones and Android devices work together isn’t quite the challenge it used to be, but it can still be frustrating. Apple’s ecosystem is locked; FaceTime, iMessage, and weird file formats make iPhone-to-iPhone communication a breeze, and iPhone-to-Android communication a chore. That said, it doesn’t always have to be a headache — here are some tips to help make working with a device using the opposite OS a little less taxing.

Add your Android friends to a FaceTime call! (iOS 15) 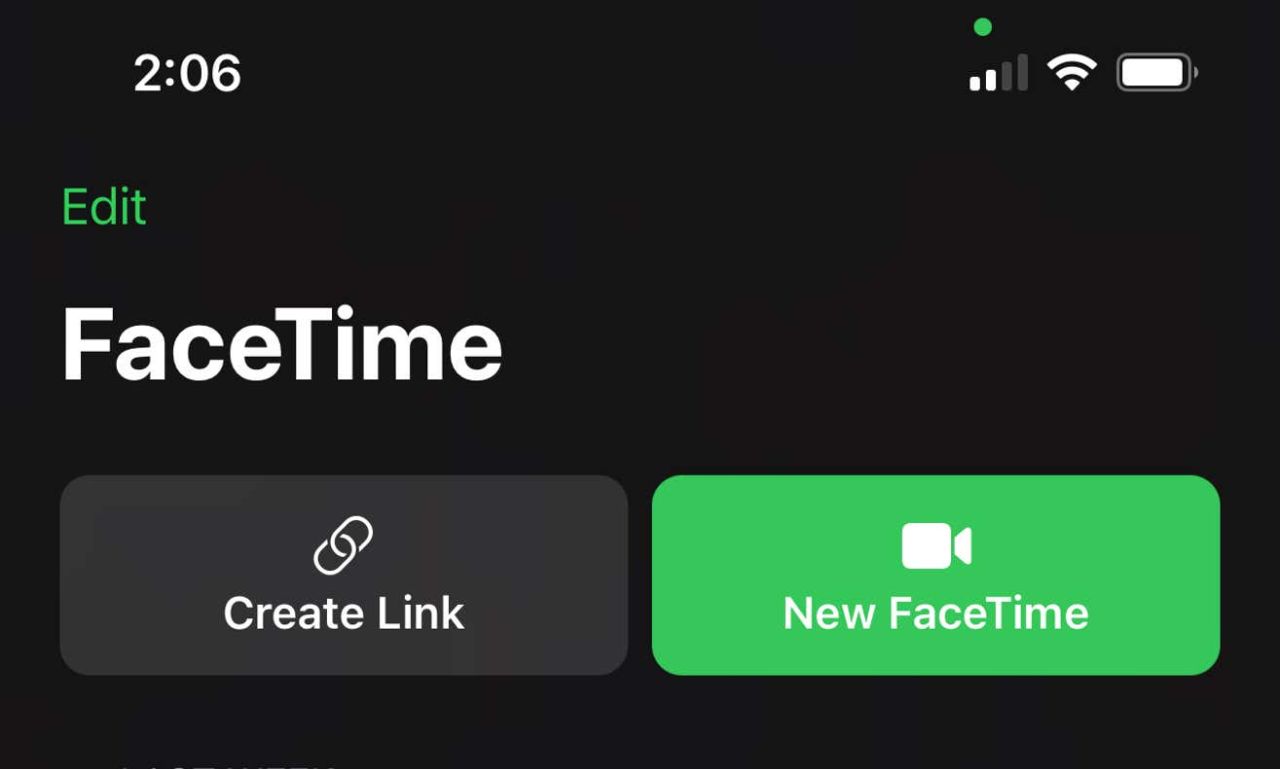 While this feature will be shipping out with iOS 15’s general release later this fall, you can try it out right now by loading the iOS 15 beta.

Use Google Duo on iPhone

If your friend group is mostly made up of Android users, you shouldn’t try to force them all to join your FaceTime call. Instead, meet them on more familiar ground with Google Duo. The app is Google’s closest answer to FaceTime on Android, and while not necessarily the default option for video calls for all smartphones, many Android devices already have it preinstalled.

If you’re on iPhone, just install Google Duo on your device and set it up. Once you do, video calling your Android friends — or your iPhone friends with Duo — is simple. 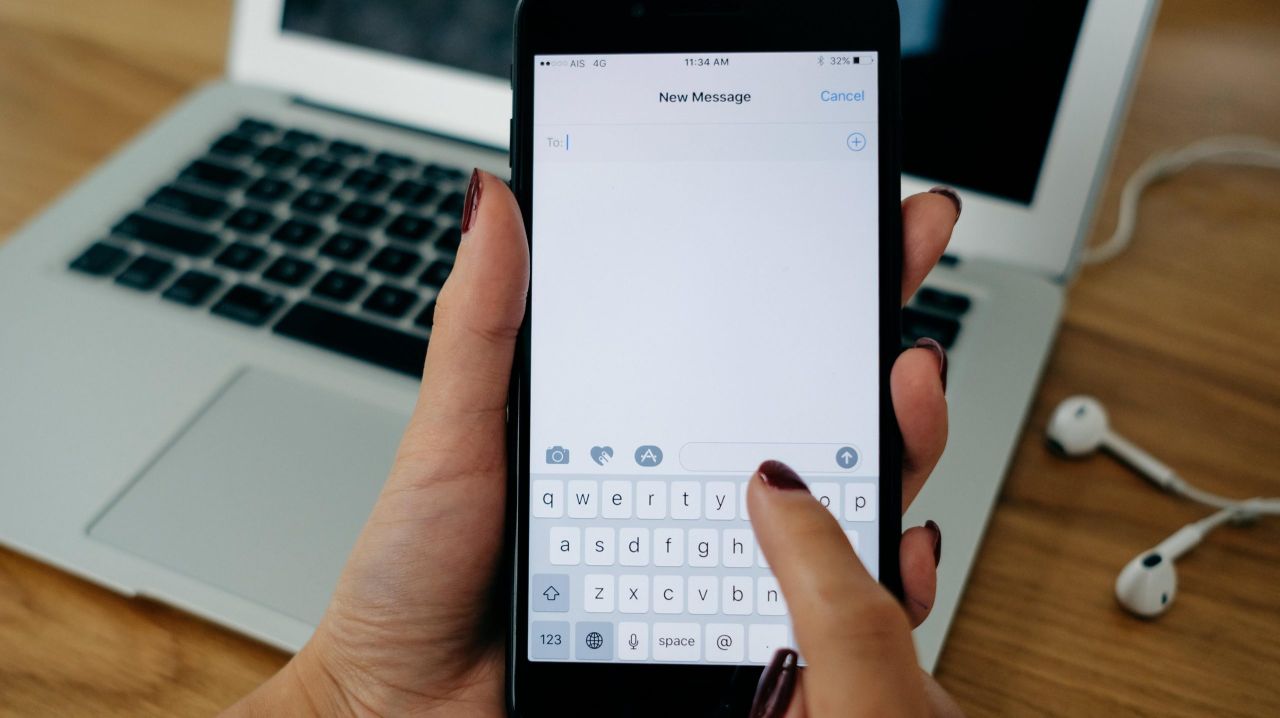 While most of your Android contacts will show up as a green bubble in your Messages app, that’s not always the case. If your friend has another Apple product, like an iPad or Mac, it might default to their iMessages account, even though you’re trying to send them an SMS text. The message will end up on their Apple device, but not be sent to their phone.

To avoid this, you can tell your iPhone you want the message to go your friend’s phone number, and not the email associated with their Apple ID. Just start a new message in the Messages app, then type in your contact’s name. Before tapping their name when it pops up in the results, tap the arrow that appears to the right of it, then choose the correct phone number (which should show up in green).

Use a cross-platform messaging app to avoid this drama altogether 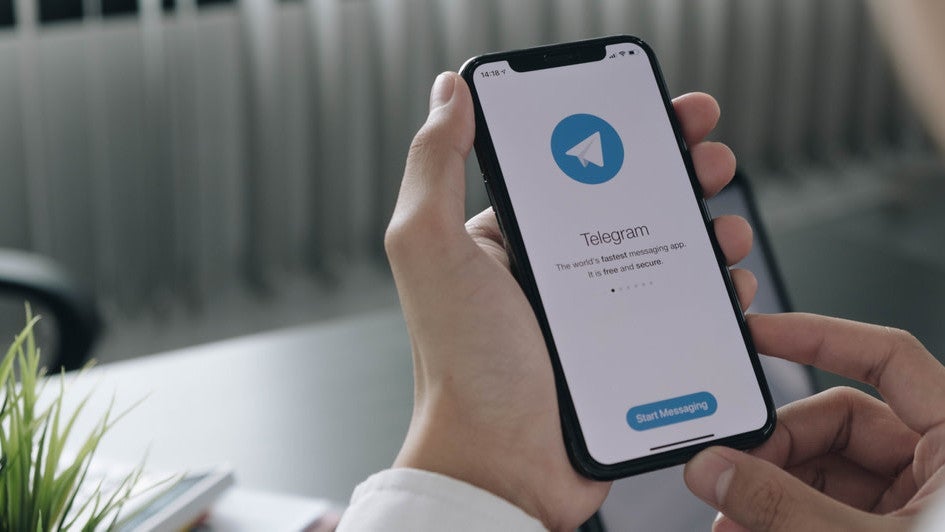 Even when you set everything up right, texting an Android from an iPhone just isn’t as fun. Both sides have to stick to SMS and endure its lack of features, which sucks the joy out of modern messaging.

Instead, consider getting your friends on board with the same cross-platform messaging app. Facebook Messenger, WhatsApp, Telegram, and more offer an iMessage-like experience for all involved. Plus, you can start audio and video calls from these apps, which solves your video calling problems as well. The only tricky part is convincing your whole group text to use the same app!

Set up iMessage on your Android device (difficult, but worth it) No, it’s not necessarily easy. And it’s certainly not Apple-approved. But, yes, it is possible to set yourself up with iMessage on Android.

There are different methods, but they each require a bit of elbow grease on your part. For example, HowToMen has a tutorial on setting up iMessage on an Android device using an app called BlueBubbles. But you can’t just set up a BlueBubbles account and get rolling; you’ll also need to download a Mac server, as well as Google’s Firebase, to actually get your hacked-together iMessage account up and running.

Give it a go, but just know it’s a pretty complicated process.

Use a third-party app to replicate ‘AirDrop’ or ‘Nearby Share’ 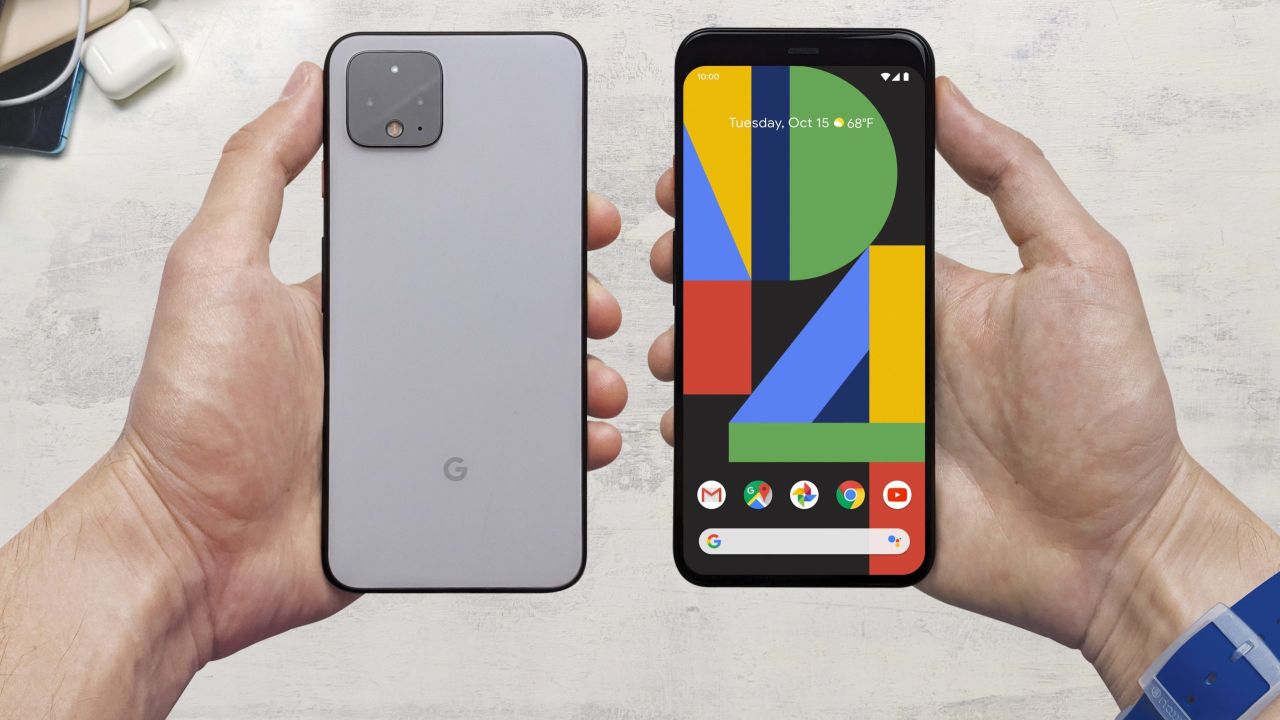 The Apple crowd loves to share files with AirDrop, while the Android community has a similar feature in Nearby Share. But neither utility works with the opposite OS. Bummer.

Luckily, you can use third-party apps to achieve a similar outcome, so long as both parties use the same app. Consider Zapya, which lets you connect to and share files to other devices with Zapya using Bluetooth or QR codes. It even has a feature that pairs two phones if you shake both devices.

Another free option is Xender; it works much like Zapya, but also features a built-in music player. ShareIT is another popular option, but comes with an annual fee of $US5.99 ($8) after the 3-day free trial on iPhone.

Use Google Drive for a more permanent file-sharing solution 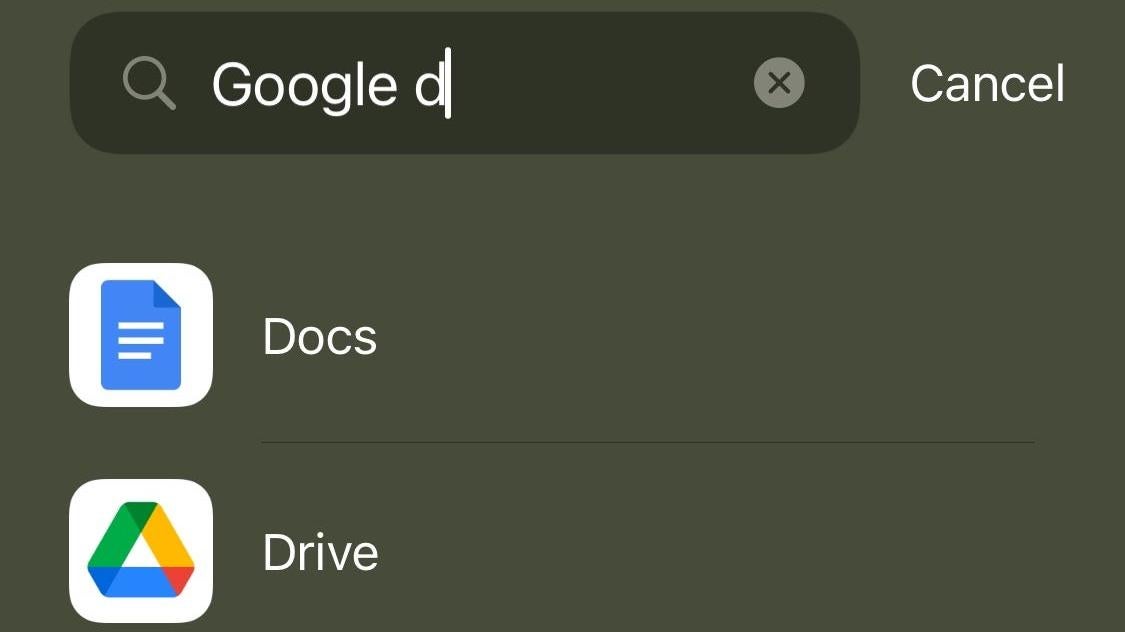 While services like Zapya are great for sharing files to another device in your immediate vicinity, sometimes you need to communicate with phones far away, or you need a central hub for many different files. Your best bet is to go with Google Drive; if you’re on Android, you’ll already be right at home, while those of you on iOS just need to download the app and get set up.

Sure, you could go with a third-party option here as well, but when one OS already has the service built-in, it’s the easiest app to recommend. That said, if you were to pick a third-party option (of which there are many), you might want to consider DropBox, for reasons we’ll explain later on.

Speaking of, Google Photos is the obvious choice for cross-platform image sharing 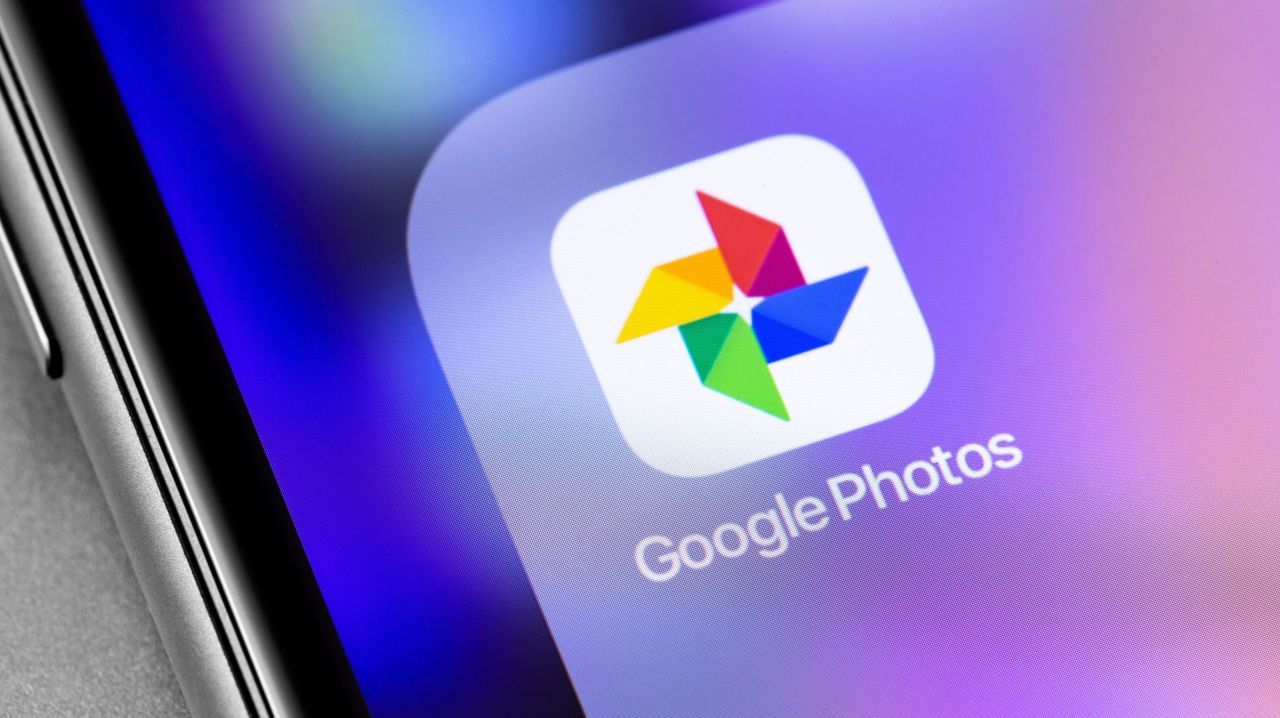 Apple’s Photos offers great features for those in the ecosystem, allowing multiple users to share, view, and comment on pictures and videos placed into shared folders. The big drawback? It doesn’t work with Android.

Google Photos, on the other hand, works with both Android and iOS, allowing you to take advantage of these social features no matter your device type. It’s completely free to use — unless you want to upload your photos in “High Quality” or “Express Quality,” in which case those images will count against your overall Google storage limits. 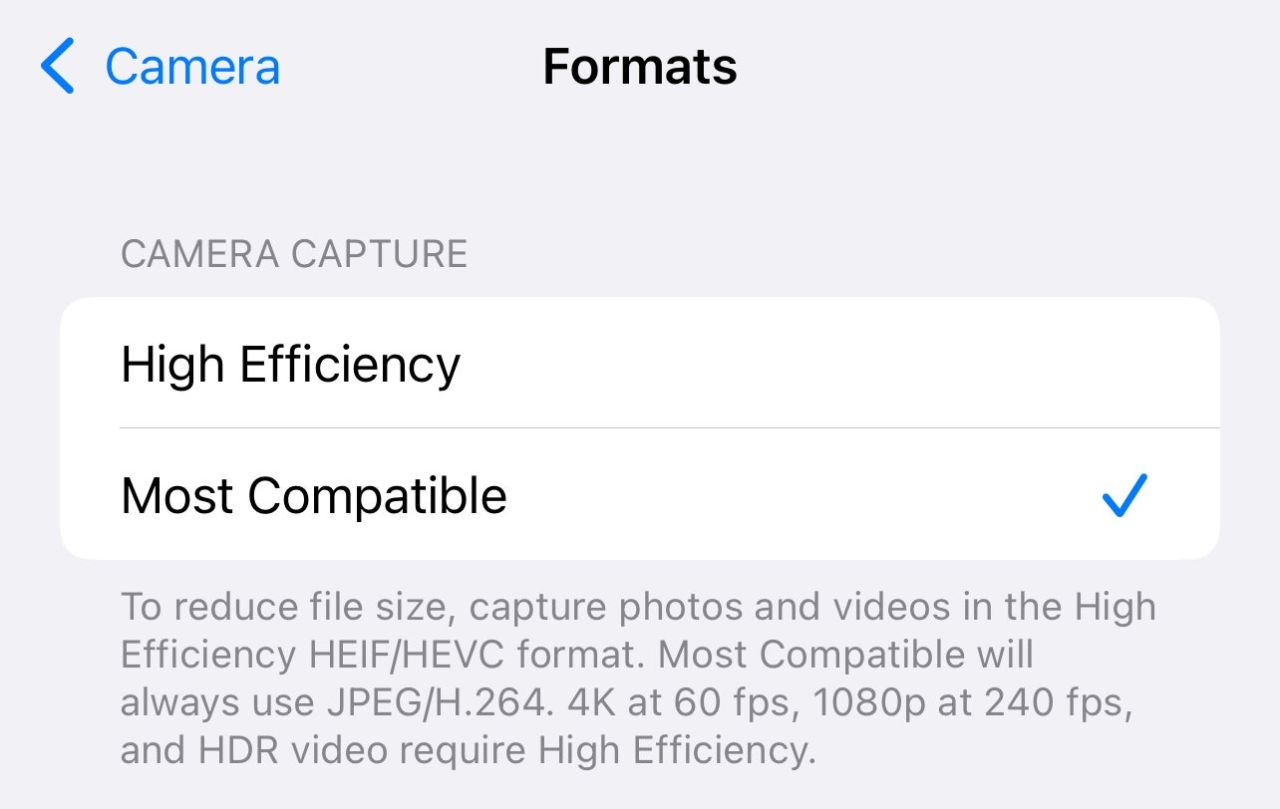 For some time now, Apple has used a highly efficient file format for its photos (HEIF) and videos (HEVC) to help keep internal storage demands down. The problem is, this file format isn’t universal supported yet. In fact, it isn’t supported at all on Android, so any photos or videos shot using these formats won’t open on Android unless you convert them first.

If you use an iPhone, you can avoid this problem by heading to Settings > Camera > Formats and changing Camera Capture to Most Compatible instead of High Efficiency. Now your photos and videos will be shot in a format that Android devices will be able to open and view without a hitch. 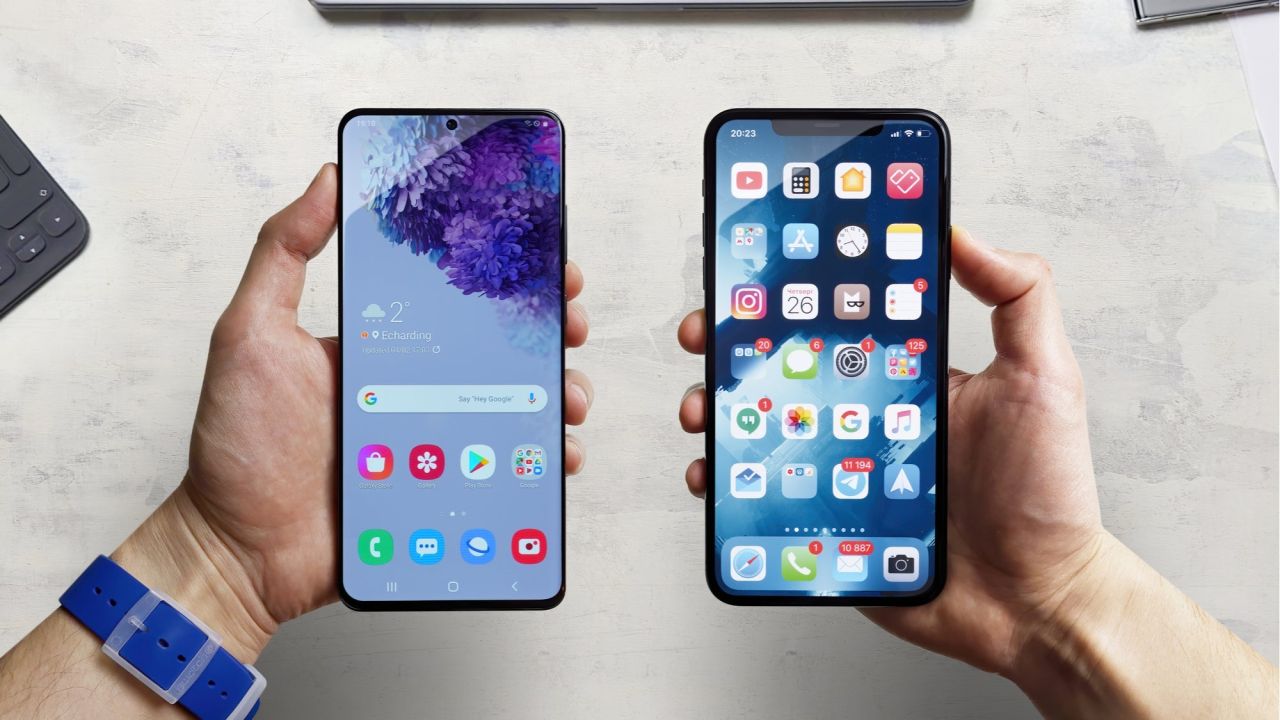 If you have a bunch of HEIF/HEVC photos and videos on your iPhone already, you do have some options if you want to share them. You could run them through a converter, then share them to other devices, but that takes a lot of time and effort. You could email them, but email has such a small file size limit that sharing a large collection would be an exercise in frustration.

Instead, just share these photos and videos with DropBox. The third-party file sharing service acts as a sort of HEIC/HEVC viewer for Android devices, so there’s no need to worry about compatibility.

When you buy a new power adaptor, go USB-C 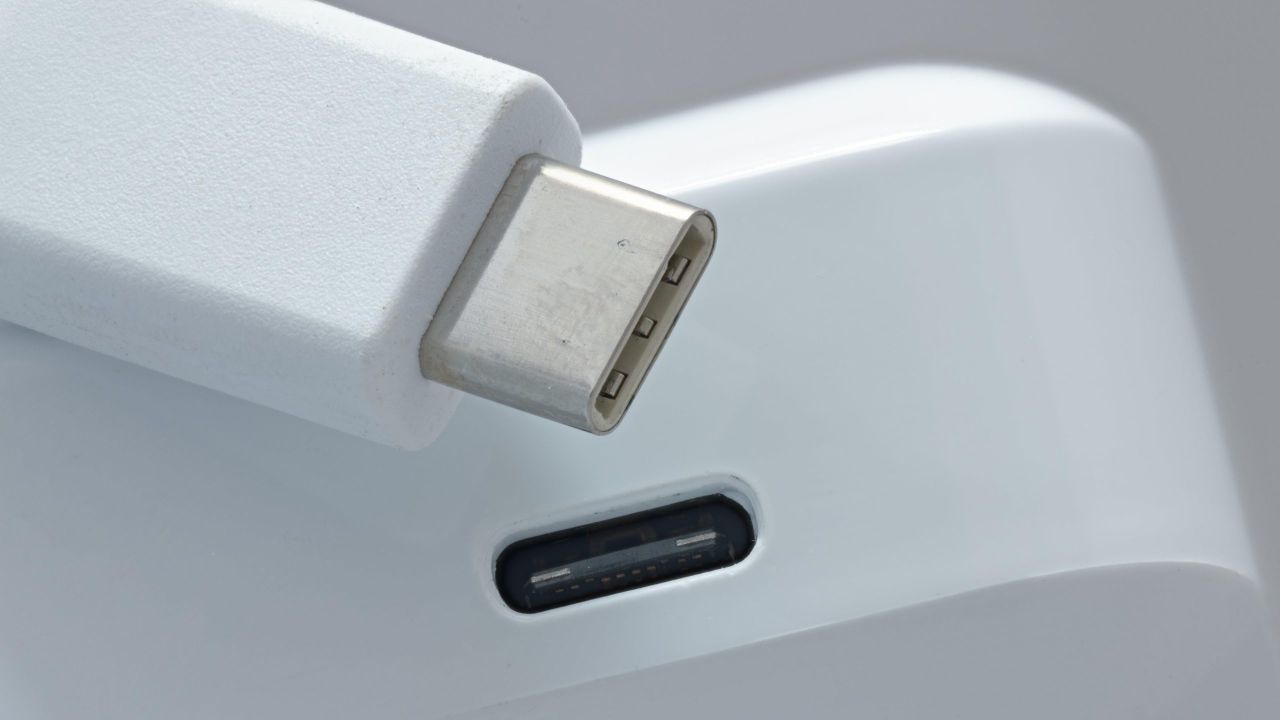 If you have an iPhone 11 Pro or 11 Pro Max (or an iPhone 12 model that forced you to buy your own adaptor), you already have one of these. But for the rest of the iPhone readers here, you might only have a USB-A power adaptor. If you need to buy a new one, we recommend going with a USB-C. Chances are, your Android friends have a device that uses USB-C, and they’ll likely be walking around with a USB-C to USB-C cable.

If your power adaptor has a USB-C port, that will allow both you and your friends to charge up. Now, if only Apple would switch the iPhone to USB-C entirely, finding a charger in the wild would be so easy.

Invest in a wireless charger 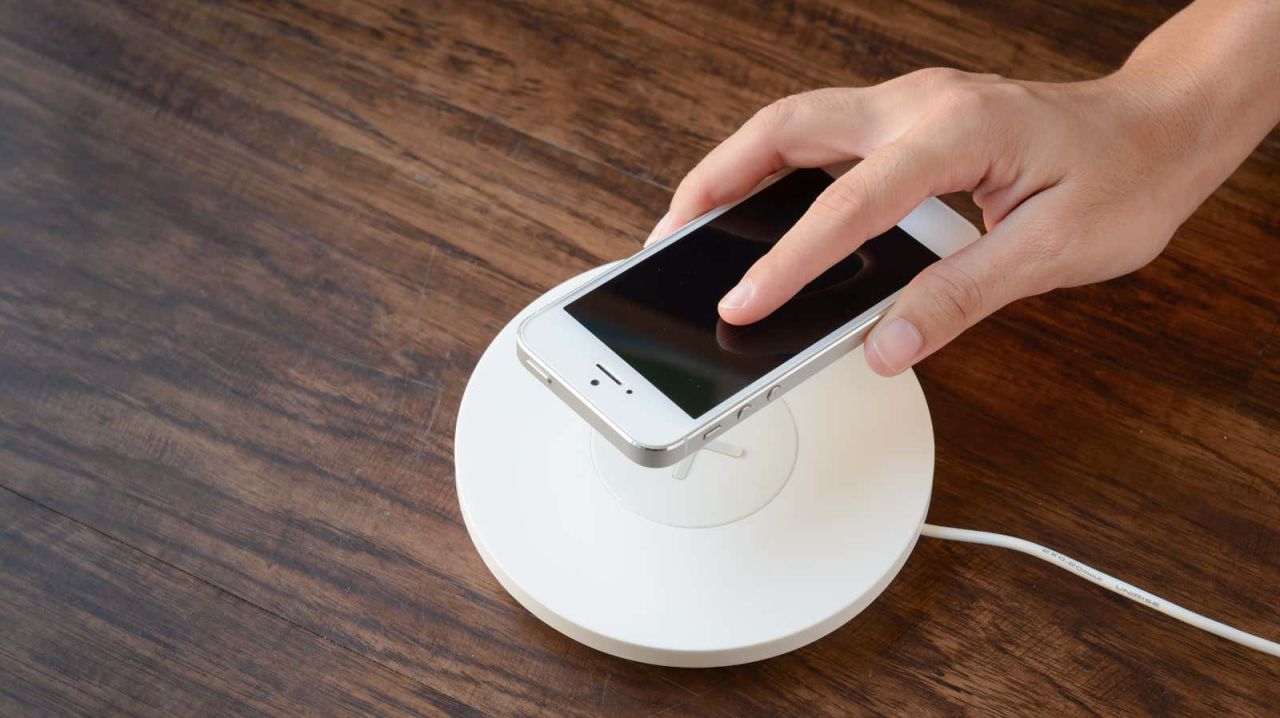 To continue bridging the charging gap between iPhone and Android, consider investing in a wireless charger. Every iPhone since the the iPhone 8 has wireless charging compatibility, as do many, many Android phones. It’s the rare instance of Apple adopting a universal technology into the iPhone, rather than some proprietary tech that locks others out.