Pride Month is more than a colourful parade or a series of parties (though those are great, too) — it’s the commemoration of the people who came before us that made these celebratory events possible.

Why is Pride in June?

If you’ve ever wondered why Pride is in June, it’s pretty simple: Pride, which has blossomed into a global phenomenon in recent years, owes its roots to a watering hole and refuge for the LGBTQ community, which, on a pivotal summer night, became the site of the Stonewall rebellion. The riots took place during the early hours of June 28, 1969 at the Stonewall Inn — an event that many historians now credit as the turning point for the pro-LGBTQ movement (though many LGBTQ communities in other major cities had already begun to organise by this time). 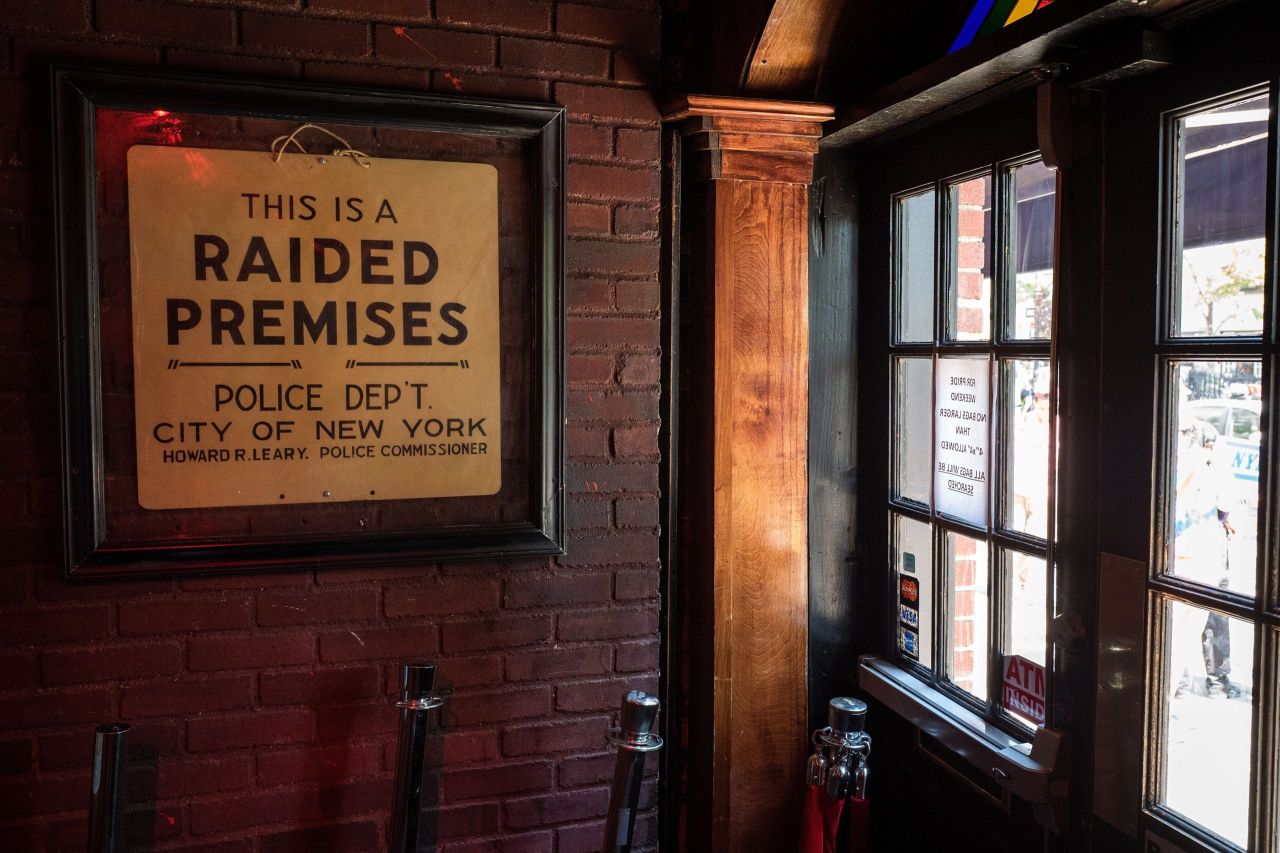 Before the riots, the Stonewall Inn was a safe haven for individuals in the LGBTQ community during the ‘60s. Then, it was a nightclub with no running water, drinks were made with alcohol that was rumoured to be stolen, and patrons were required to sign a guestbook to give Stonewall the appearance of “exclusivity,” though many used aliases. The Stonewall Inn’s owners even extorted its rich customers by threatening to “out” them, which soon became a more profitable business than serving drinks.

Police raids were common during this time, too. Officers often harassed, arrested, and discriminated against the bar’s patrons. This was indicative of the time’s broader social climate, especially in New York state, which enforced a law that revoked the liquor licenses of any bar that served LGBTQ customers. Stonewall operated beneath the fray, however: Like many gay bars in Greenwich Village, Stonewall was owned by the Genovese Crime Family, which opportunistically sought profit by catering to the LGBTQ community when the law forbade others.

To stave off the impact of frequent raids, Stonewall’s owners cut an under-the-table deal with the police, exchanging cash for tips on forthcoming raids; the police also turned a blind eye to the bar’s lack of a liquor licence, a badge of legitimacy that was typically not granted to bars that served LGBTQ clientele. (Stonewall operated as an “open bottle bar,” meaning customers were technically supposed to bring their own hooch).

What was the Stonewall Rebellion?

During the early hours of June 28, police conducted another raid on the bar. The events of that night are mostly a puzzle made up of different personal accounts, and you’ve likely read conflicting facts about how exactly the riots started. According to a 1989 interview with Sylvia Rivera, a transgender activist who was at Stonewall that night, it started as any other raid.

It was, per History’s retelling, a typical crackdown, with the NYPD arresting 13 people, “including employees and people violating the state’s gender-appropriate clothing statute (female officers would take suspected cross-dressing patrons into the bathroom to check their sex).”

On this night in June, however, the bar’s patrons fought back and a crowd formed outside the Stonewall, throwing cans, bricks, and other objects at the police who were forced back into the bar for protection. Many different sources attribute transgender activists, Marsha P. Johnson and Rivera, among the first to begin the rebellion. (Johnson later said she had joined the riots while they were already underway. Still, she played an important role according to many personal accounts.) 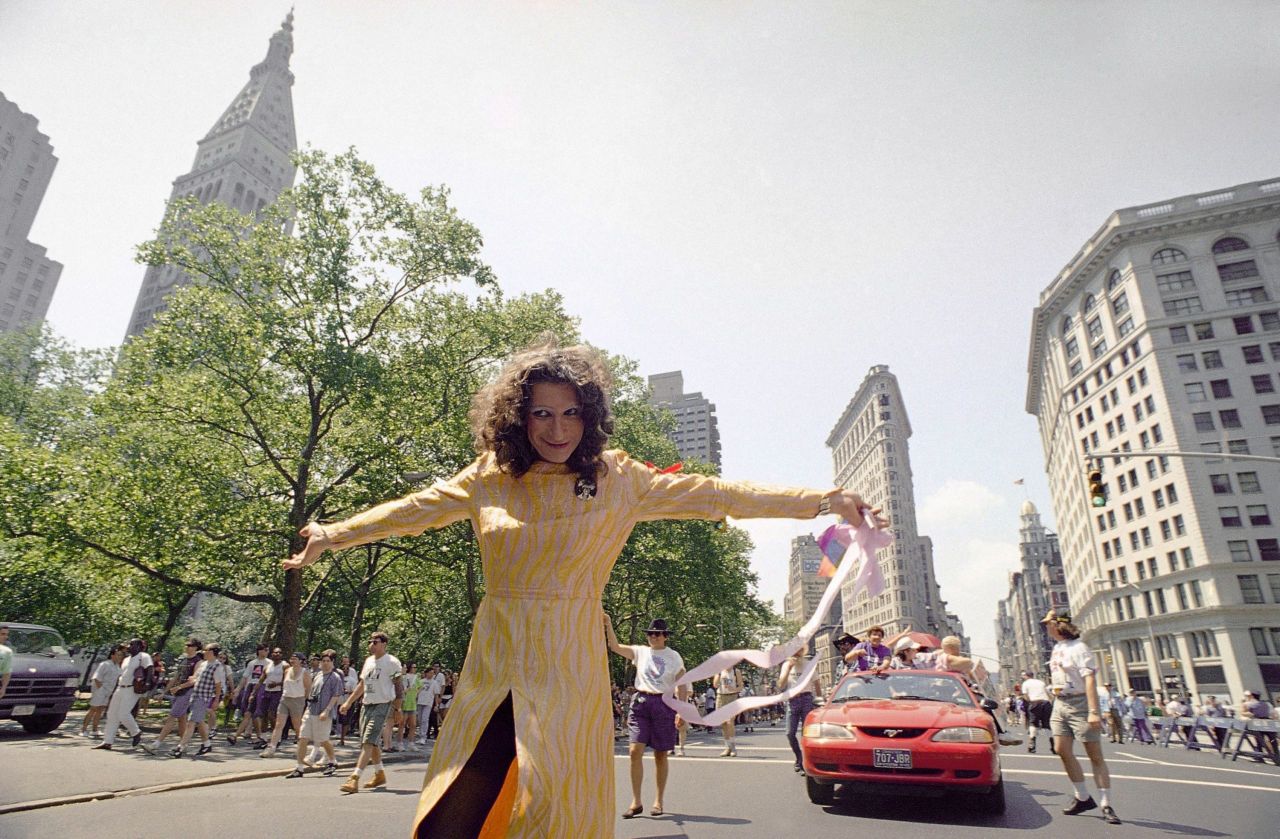 Sylvia Rivera at a march in 1994 (Photo: Justin Sutcliffe, AP)

What is Pride today?

In the months following the rebellion, at least four different LGBTQ organisations formed in solidarity, including the Gay Liberation Front, the Gay Activists Alliance, Radical Lesbians, and the Street Transvestite Action Revolutionaries (formed by Johnson and Rivera). This was hardly a first: The first gay rights organisation in the country’s history, the Society For Human Rights, was established in 1924, while just four years before Stonewall, the first American gay rights march took place in Philadelphia when around 40 LGBTQ activists rallied in Philadelphia outside of Independence Hall on July 4, 1965.

Precisely a year after the riots, the Gay Liberation Front organised the first Christopher Street Liberation Day March (later known as the Gay Pride March), along the street where Stonewall Inn is located. Similar marches took place in cities across the globe shortly thereafter, giving rise to the events of Pride Month as we know them now. Still, Pride wasn’t officially recognised as such for over 30 years; former President Bill Clinton eventually declared June “Gay and Lesbian Month” in 1999. Former President Barack Obama expanded this moniker to become more inclusive in 2009 with “LGBT Pride Month.”

By 2016, Obama designated the Stonewall Inn a national monument, too. “Stonewall will be our first national monument to tell the story of the struggle for LGBT rights,” he said in a statement. “I believe our national parks should reflect the full story of our country, the richness and diversity and uniquely American spirit that has always defined us.” 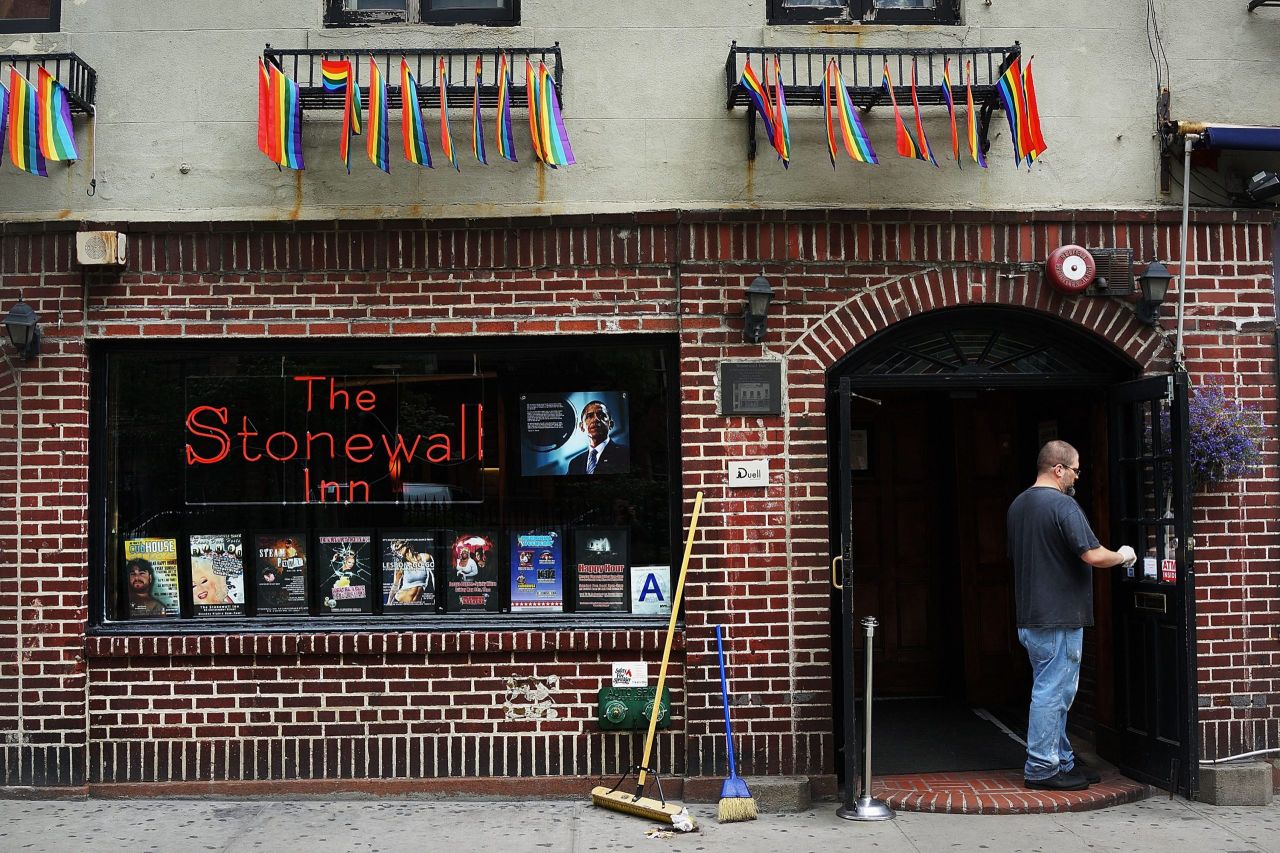 In recent years, the pivotal role of people of colour and transgender individuals during the riots, including DeLarverie, Johnson, and Rivera, has come more to the forefront of the conversation, reversing some of the whitewashed, cisgender-focused narratives of what happened that night.

Today, what was once a one-day parade has expanded into a month-long series of Pride events around the world. These days, Pride has been thoroughly mainstreamed, with major corporations lending solidarity in the form of sponsorships, albeit with a dose of cynicism at times. Many cities also hold memorials to remember LGBTQ individuals who died from AIDS/HIV.

This June is especially significant in that it marks the 50th anniversary of the Stonewall Inn rebellion, with New York City hosting World Pride for the very first time, the only global Pride event.

How to celebrate Pride

If you want to find events around you, you should do an online search for local Pride events or organisations and remember to honour those figures who’ve paved the way for LGBTQ people everywhere; one way to do this is to support pro-LGBTQ causes, like the Sylvia Rivera Law Project, which seeks to empower and provide legal resources to low-income people and people of colour who are transgender, intersex or gender non-conforming. Pride is a time for hard-earned celebration, but it’s also a time to reflect on the work of those who came before us, and strategize for how much farther we still have to go.