I tuned in to Google I/O this year with privacy on the brain. Chalk it up to the recent drama of Facebook-exec-turned-Apple-employee-turned-unemployed-employee Antonio Garcia Martinez, who famously said in 2018:

“Here’s the reality: Most people don’t care about privacy. Media elites care about it, underemployed Eurocrats care about it. And the entire privacy-industrial complex — there’s an entire set of very loud voices who are constantly beating the drum and building media careers around this.”

He’s right, but I wouldn’t take quite such an accusatory tone. True, most people haven’t really thought a ton about privacy, but only because it’s not something that they’ve been made to think about. They would reuse passwords everywhere because they didn’t know about a better way to make and store them; they wouldn’t sign up to receive notifications about compromised accounts because they had no idea they could; they didn’t really care who was doing what with their data as long as they were able to browse the web, read email, and play games without interruption. But that’s changing.

I’m glad more of the mega-platforms are starting to put privacy front and centre, but there’s still so much more that could be done to hold the hands of those who simply use their devices without really thinking about data security or privacy. So, that’s the lens — not the Google Lens, that’s a different thing — through which I gazed at today’s I/O keynote. And I found a few interesting tidbits worth discussing (beyond the usual PR about how Google keeps your data on the device whenever possible, and doesn’t sell your data to companies, etc.)

Lock down images in Google Photos

It’s great Google is bringing the concept of locked folders directly into Google Photos. I wish they also added that they plan to “revert our decision to kill your free Google Photos storage” to their suite of announcements today, but they did not. Alas.

What this means is you’ll now be able to create a “private folder” of sorts where you can store any photos you don’t want other apps to be able to touch. These photos also won’t show up in your photo feed within the app — so no more accidentally scroll-stumbling across something you didn’t mean to show when, say, you’re showing your friends your best cat pictures.

With Locked Folder in @googlephotos, you can add photos to a passcode protected space and they won’t show up as you scroll through Photos or other apps on your phone. Locked Folder is launching first on Google Pixel, and more Android devices throughout the year. #GoogleIO pic.twitter.com/yGNoQ8vLdq

I will leave it to your imagination as to what kinds of photos should be reserved for this new, protected space.

Use a password manager, already (and change compromised passwords in a snap)

Google is adding a new Import tool to its Chrome-based password manager, which you can use to dump a .CSV file’s worth of logins into the tool. We’re getting the point where you don’t really have any great reason to not use a password manager, and this should make it easier to get started with one (or switch over from using something else).

If one of your passwords has been compromised, a new feature in Chrome on Android can change them for you with just one tap. Look for the Assistant button next to supported sites in your Password Manager. #GoogleIO pic.twitter.com/hKgpY0SnDn

In addition to that, Google’s password manager will now make it even easier to change your compromised passwords — with one caveat. If said password manager allows it (not all websites and services are supported), you’ll be able to jump directly to the password-reset page for wherever you happen to have a less-than-secure account. Google won’t change the password for you, unlike the ever-helpful Password Changer tool you’d find in the paid Dashlane app. Still, it’s just one more way to get people (you) to do something important (change your broken passwords), with minimal fuss.

Quickly delete what you just did on Google-dot-com 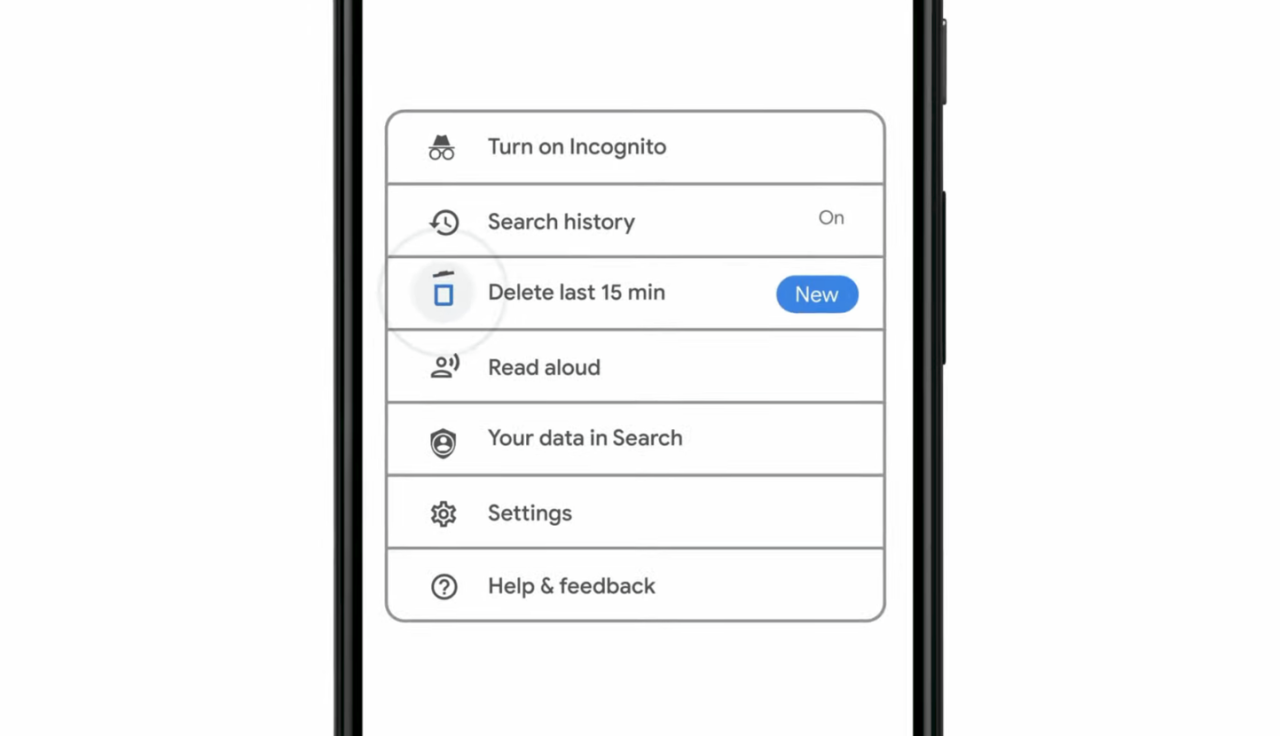 Within the Google Search app, you’ll soon be able to tap on your little profile icon in the upper-right corner and use a to-be-debuted option that will delete the last 15 minutes of whatever it is you’ve been doing online. If you have a extensive history you’d like to clear out, you’ll have to do it the old-fashioned way (or remember that Incognito mode exists).

I presume this is coming to both Android and iOS, but Google didn’t have specifics to share. 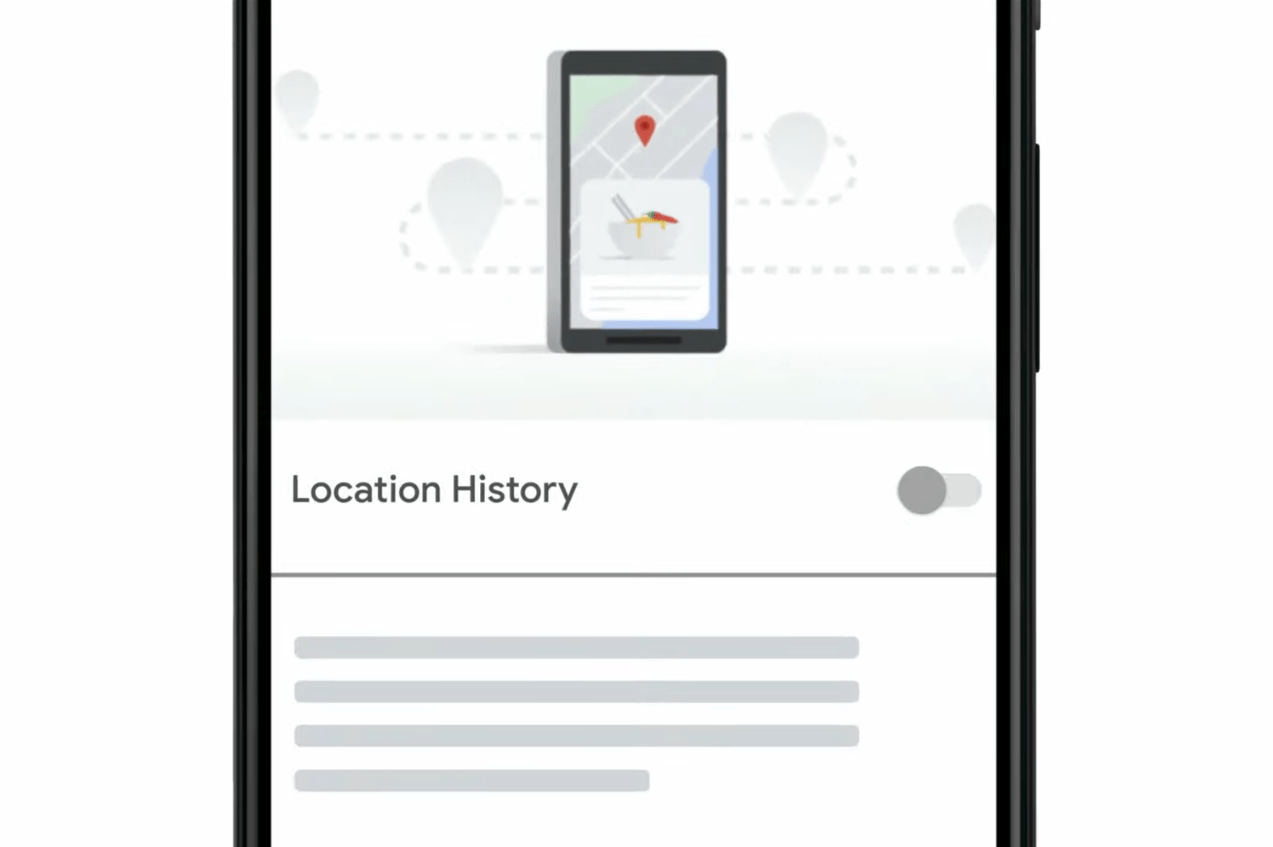 Another neat addition Google is adding to its apps is a more blatant reminder of when apps are using features that might put your privacy sensors on alert. For example, consider when Google Maps is using your Location History to do something, like offer suggestions of places to check out. You’ll now see a little icon right in Maps that you’ll be able to use to turn said Location History on and off. You won’t have to go digging through all sorts of settings menus to find it.

Google only shared this one example at I/O, but I’ll be curious to see what other privacy options get dropped into its other apps (and how much it’ll take to trigger them).

Control your mic and camera from Android 12’s Quick Settings

I love that Google has basically built a kill switch for your device’s camera and microphone directly into Android 12 (now in a beta preview). Basically, within Androids swipe-down Quick Settings, you’ll now see two new options: 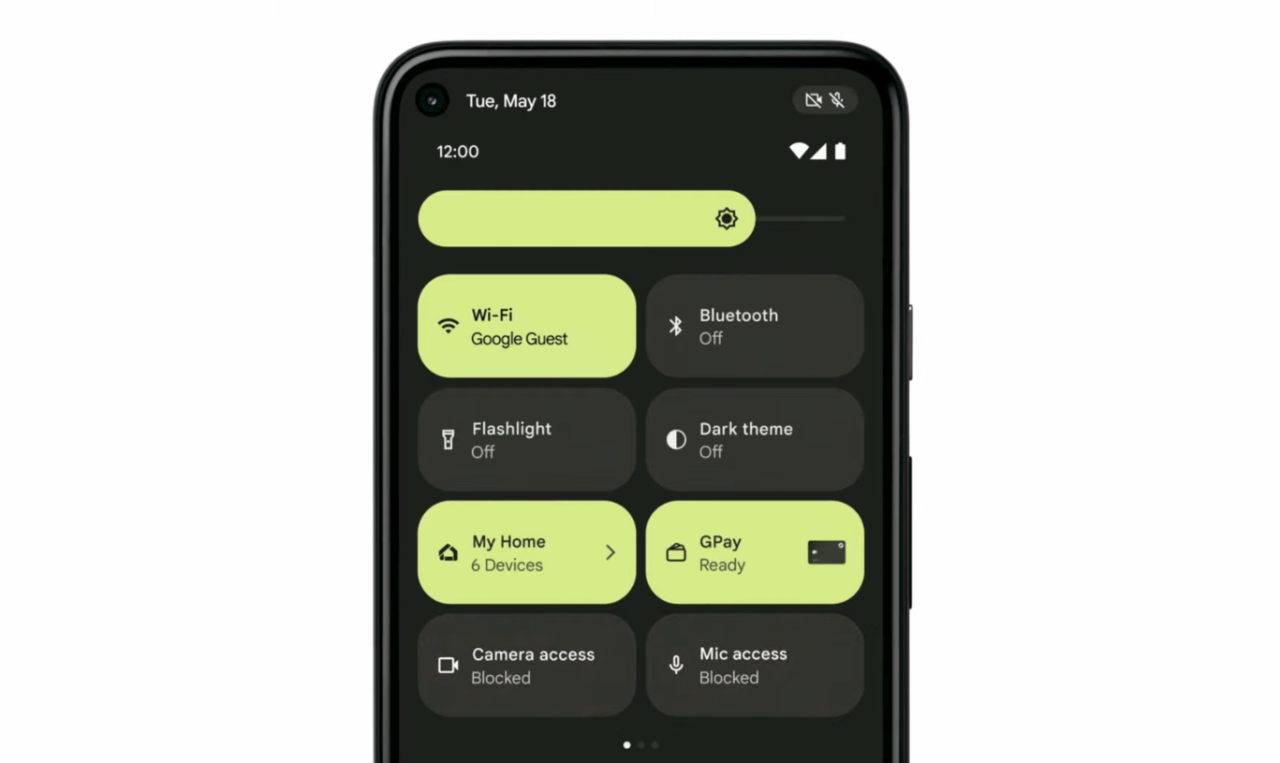 Tap either, and you’ll immediately prevent any and all apps from using either your camera or your mic regardless of what permissions you’ve previously granted them. Disable the setting, and your permissions will resume as normal.

Beyond that, Android 12 is also getting this lovely new privacy dashboard that will show you exactly when and which apps accessed various data (including Google’s built-in apps). 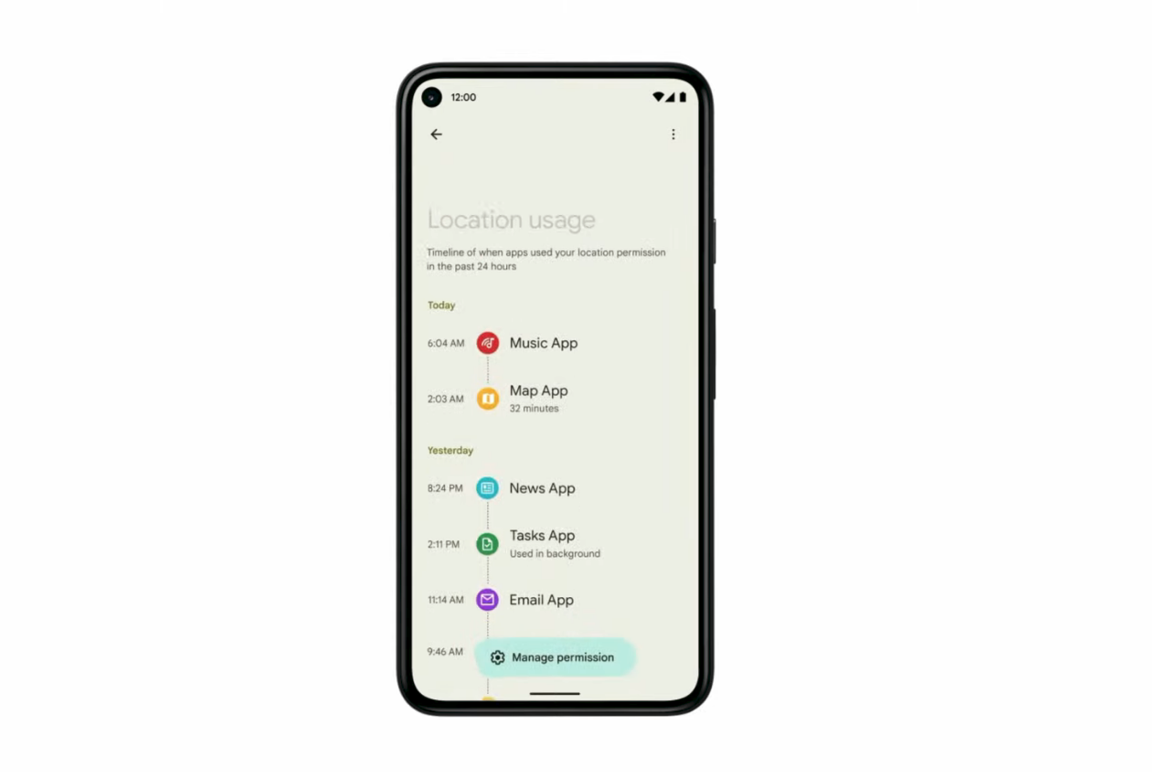 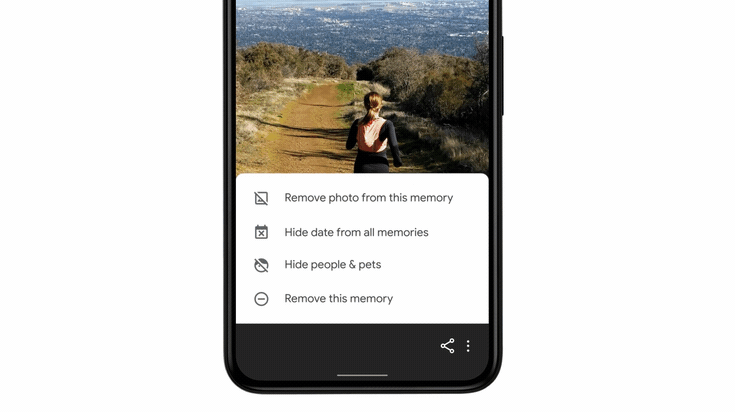 Ah, memories. Who doesn’t love seeing an ex pop up in one of those “remember this day?” prompts that you get around the social web? Within Google Photos, at least, you’ll soon be able to either wipe entire memories out of existence (if you especially hated them), change said memory’s name, or remove individual photos within a memory, in case you liked everything about that big trip you took except the person you went with.