Why You Should Add Alt Tags To Twitter Images

I’m a lazy tweeter, it’s true. I don’t use the service much, and when I do, I’ll occasionally upload an image with some pithy comment and call it a day. But that’s wrong on my part. I, like you, should also spend a moment to add alt tags to my tweeted images.

Why should you take this extra step? Because you’re a good person, that’s why. It’s easy to do, it takes hardly any extra time, and it helps those with visual impairments better understand the context of your tweet.

An alt tag, for those unaware, provides an audio description of an image to those with screen-reading devices or who are using any kind of voiceover feature on their computers or smartphones. You set that description via an image’s alt tag, which can help add useful context to whatever it is a person is reading/listening to. Without a tag, the screen-reading program or voiceover function will skip right over the image.

For a tweet, especially one that’s basically a sort-of-but-not-really caption or a snarky reaction to a photo that doesn’t make sense without the visual context, an alt tag is essential. And you can easily add them on the web or using Twitter’s iOS and Android apps, so you really have no excuse not to use them.

On the web, upload an image to your tweet and click on the Edit button in the upper-right corner. When you do, you’ll see a new column that says “ALT.” Click on it and you’ll first see this screen: 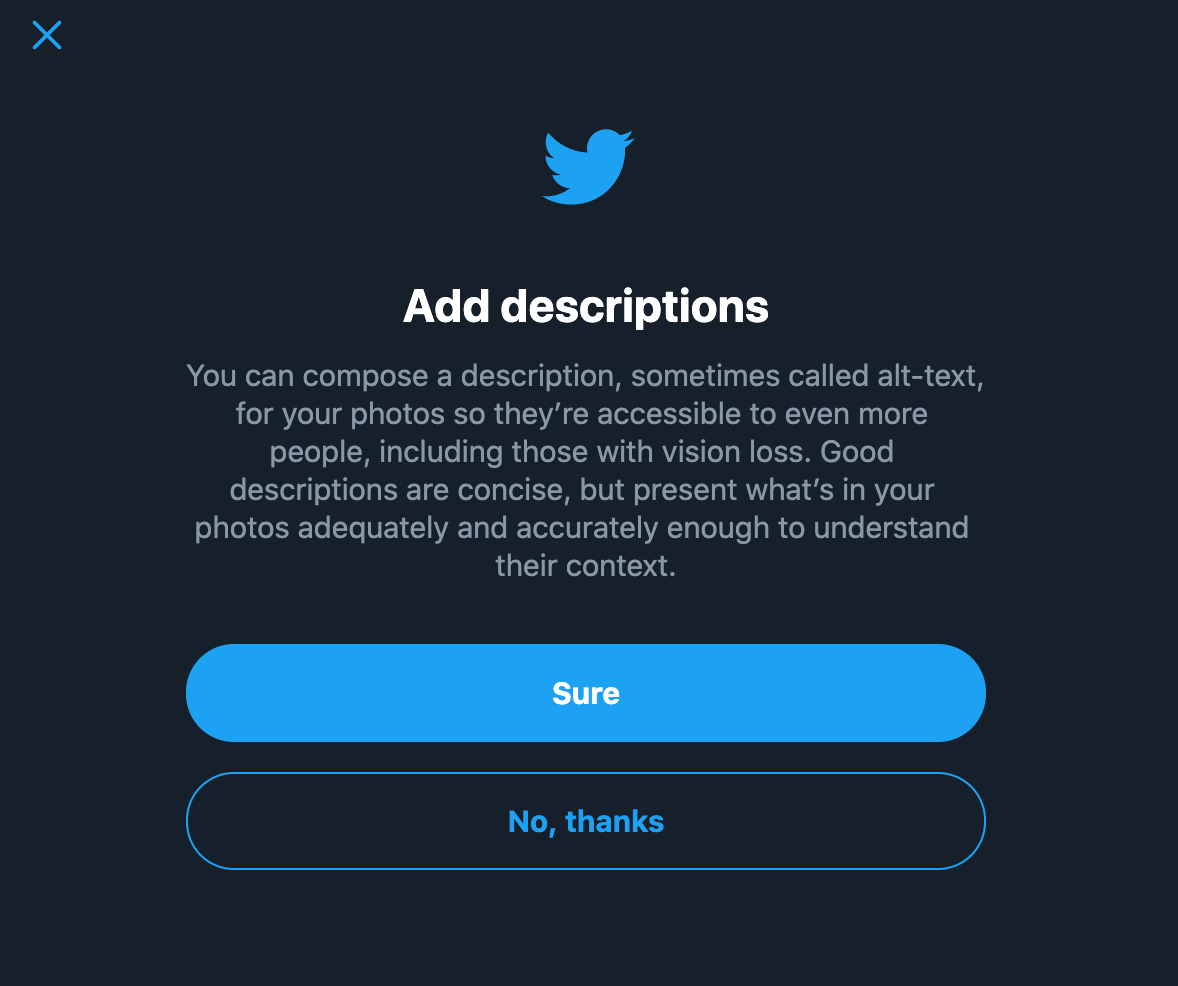 Click on “Sure,” and you’ll then be prompted to add your alt tag. Save your Twitter snark for your tweet; an alt tag should be a clear description of whatever your image is. Keep it short, but not too short.

The process is just as easy on iOS and Android. Using the former as an example, start composing a new tweet and add an image to your post. Tap on the hard-to-miss-it “+ALT” button, and type in your description. 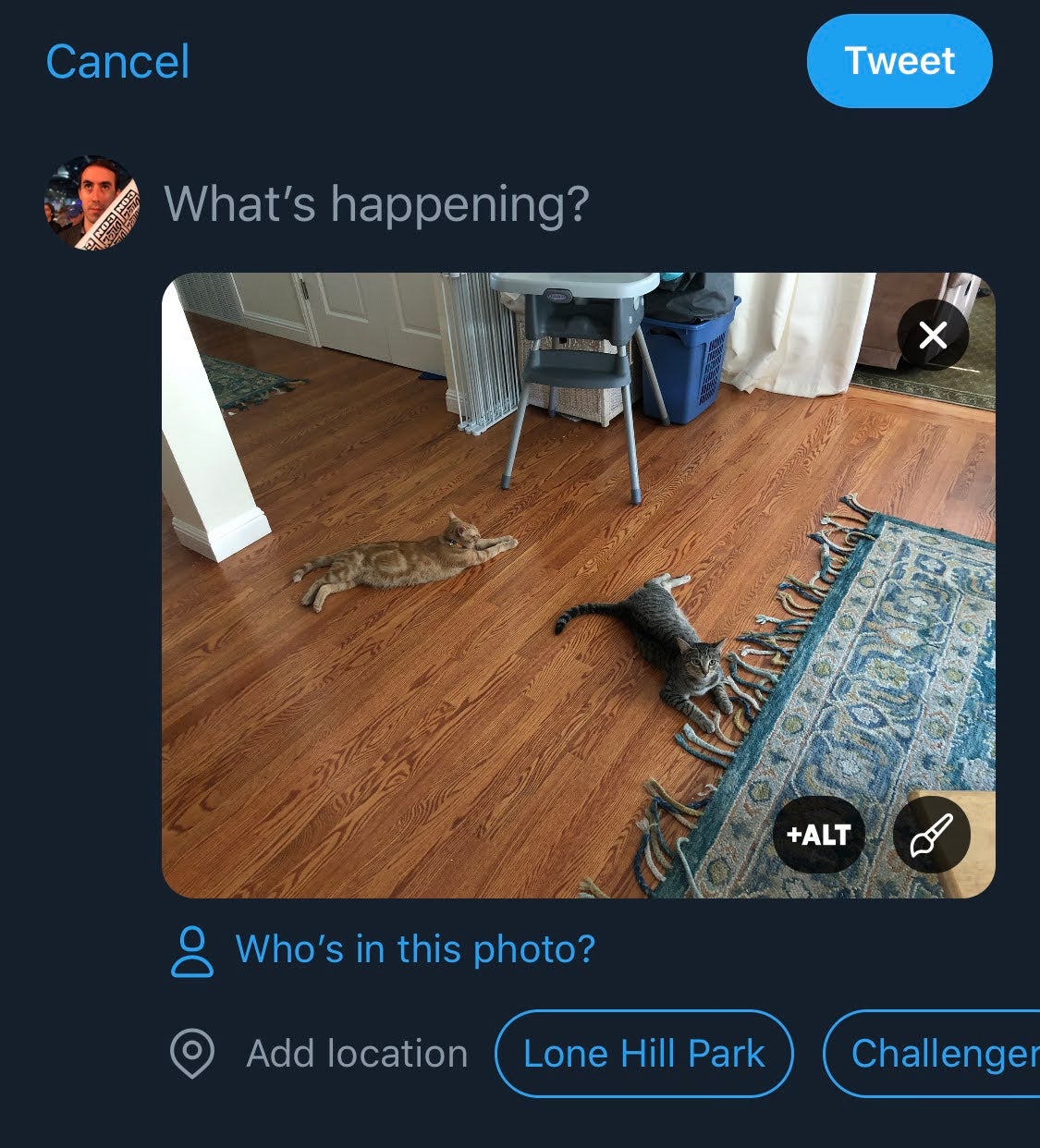 ALT tags won’t count against your tweet character limit—but, again, you don’t need to write an essay here. A simple sentence that clearly describes what’s in the photo should suffice. Remember, someone—or something—has to read these, after all.