How to Write Alt Text on Twitter That Doesn’t Suck

Twitter has had the ability to add alt text to your images for years, but if you don’t use a screen reader, you probably weren’t able to read what anybody else’s alt text says. Recently, though, the “ALT” icon began appearing in the corner of images, and now anyone can tap it to see the alt text for an image. So what is alt text, and what should you put there?

What is alt text, anyway?

Alt text is text that is meant to be an alternative (get it?) to viewing an image. It’s especially useful for people who use screen readers because they are blind or have vision-related disabilities.

For an idea of what it’s like to browse Twitter while blind, this video from Cayla With a C may give you an idea. A voice reads the content of each tweet, usually at a rapid speed so you can scroll through quickly. Screen readers can read the alt text of images out loud (on Twitter and otherwise), so that people who can’t view images don’t have to miss out on selfies, memes, graphs, screenshots, and the like.

What should I include in alt text?

I’ve been adding alt text to my images on Twitter for years now, and my guiding principle is always “what would I want to hear if I couldn’t see this image?”

If you can answer that question, you already know what to type. But let’s go through a few examples:

If the image is a screenshot of text

Alt text should be the text, of course. If you just took the screenshot from an article, it’s only a few more clicks or taps to copy and paste the relevant text. Twitter’s image descriptions can be up to 1,000 characters (more than three and a half tweets’ worth) which is almost always enough for whatever you want to screenshot. If you can’t quite fit it all in, edit as needed, or add a second tweet.

If the image is a meme 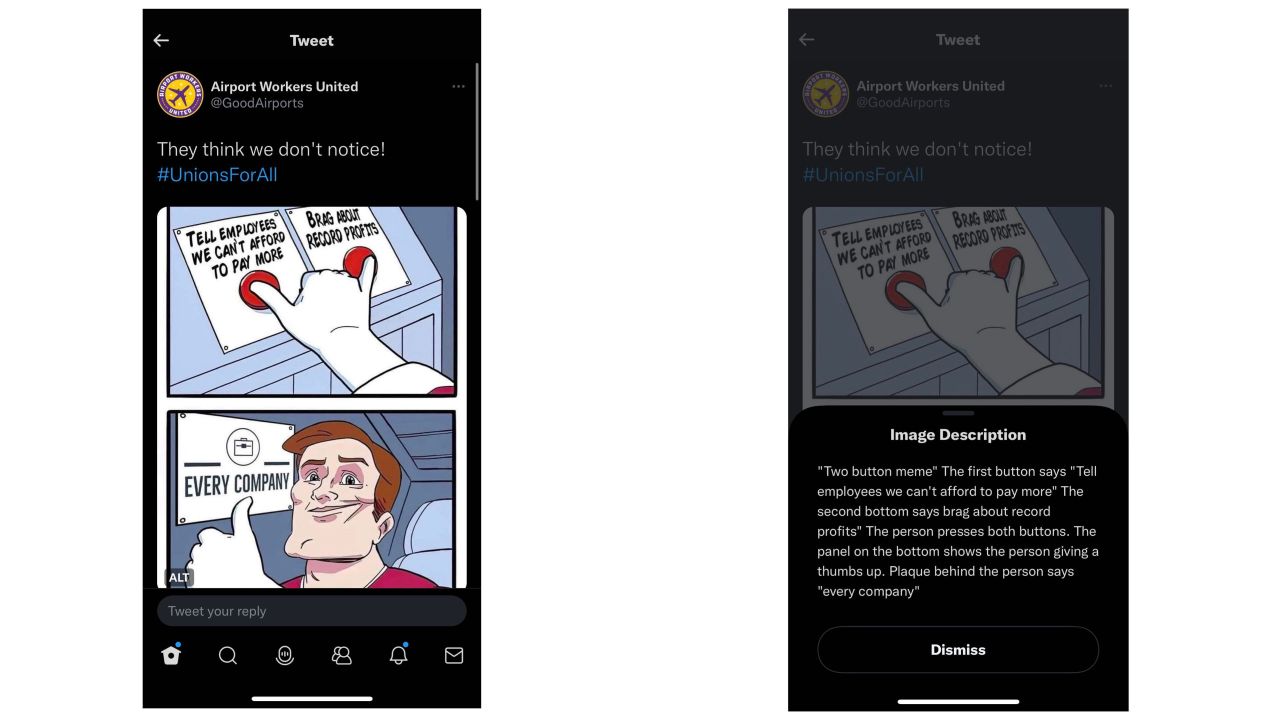 Meme formats already tend to be widely recognised, so sometimes it makes sense to refer to what people know: “Kermit sipping tea meme.” If there are words in it, just say who is labelled as what. Describe the meme the same way you would if you laughed at it and your partner who was washing dishes over in the kitchen asked what you were laughing at, and you didn’t want to get up.

If the image is a photo 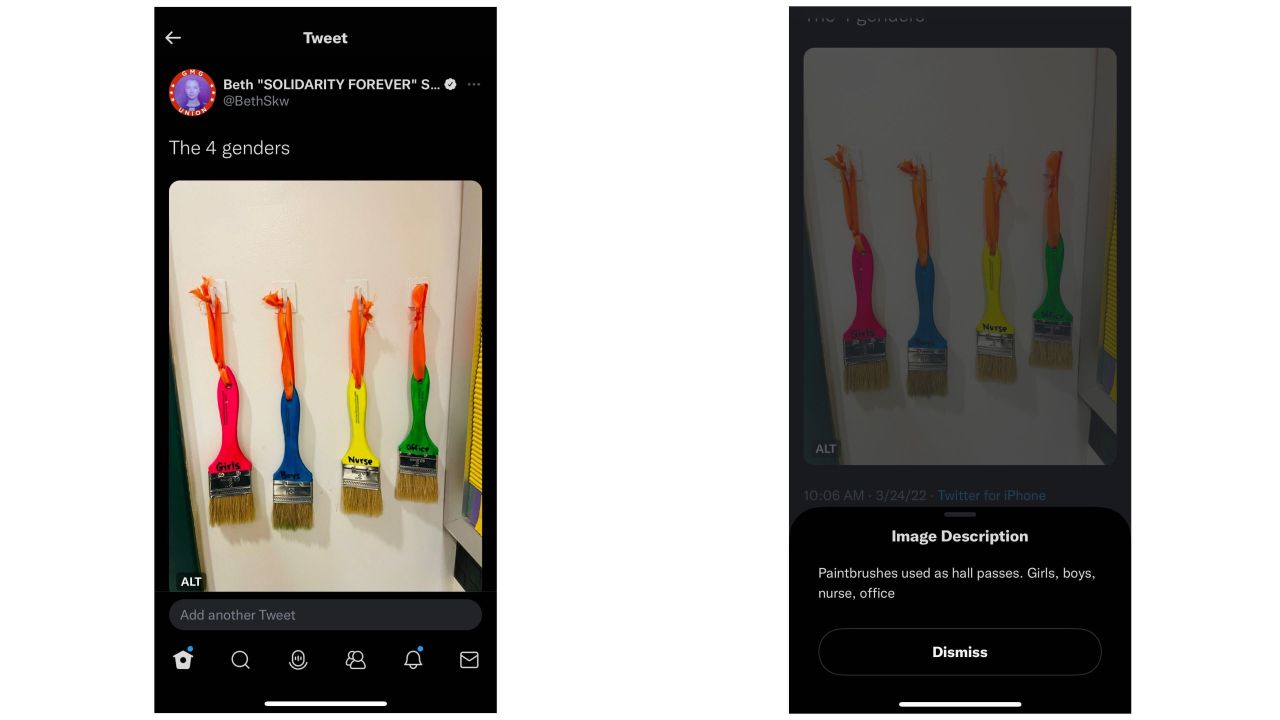 Alright, here’s where you have to use your judgment: Describe whatever it is that actually matters about the photo. Some people will give a detailed description of everything in frame. That can make sense if it’s a photo with a lot of little details and the whole point is to share how visually rich it is. But most of the time we share an image just to make a point (or a joke) about one or two things in it.

So, for example, a gym selfie might just say “Gym selfie, I’m flexing, my biceps look good.” Or if you’re flaunting your vacation locale, you might say “my legs in the sun at the beach.” On the other hand, if you’re posting a photo and asking in the tweet “What kind of flower is this?” you might put a detailed description of the flower in your alt text.

If the image is just there for decoration

Sometimes an image doesn’t really add information; it’s just there for decoration. You can still describe its mood if that seems relevant (“crowd of happy people”). Otherwise, this is one of the cases where it can actually be OK to leave the alt text off.