Every Xbox Series X, PS5, Switch And PC Game That Just Got Announced

June is set to be a killer month for games. While world events have led to large-scale presentations being postponed, pushed back or outright cancelled there’s still plenty of excitement happening online. Sony, IGN and Steam are just a few of the big name companies set to announce great things this month.

As new announcements hit the airwaves, we’ll update this post with news. Stay tuned for a complete list of all the big titles coming your way soon.

Sony’s PlayStation 5 line-up was announced mid-June with a bunch of trailers for fantastic-looking games. These included the highly-anticipated Horizon Zero Dawn sequel, a Spider-Man sequel starring Miles Morales and a surprise return for Ratchet and Clank. Here’s every big trailer from the event.

While we’ve seen some of these games before, many of them are new and original properties.

IGN’s kicked off this month’s game announcements in true style with a bunch of new titles being revealed — including some classic releases on retro pinball machines.

Mortal Shell is an upcoming action RPG that features warriors who can inhabit the bodies of forgotten warriors with incredible abilities. It recieved a slick new gameplay trailer.

During the event, the latest Total War game, Total War Saga: Troy was unveiled with a six-minute gameplay first-look.

Voidtrain will let you take control of an interdimensional train.

The glorious return of SEGA icon Alex Kidd was a surprise reveal at the event with the announcement of Alex Kidd in Miracle World DX, a rework of the classic Master System title.

Metal: Hellsinger is a combined FPS rhythm game with “face-melting metal riffs” that’s sure to be very entertaining.

Chivalry 2 is a medieval warfare sim and sequel to the original 2013 hit.

The Waylanders is a tactical fantasy RPG that takes players through a gorgeous-looking fantasy world.

Beyond Blue is a narrative adventure that lets players explore the ocean and its many inhabitants.

Demon Turf is an intriguing action platformer that makes use of both 2D and 3D graphics for a very unique look.

Werewolf the Apocalypse – Earthblood is based on the Werewolf: The Apocalypse RPG, companion title to Vampire the Masquerade. It’s described as a werewolf action-RPG but the cinematic trailer doesn’t contain any gameplay clues.

Dual Universe is a starship creation and fighting sim where you’ll battle enemy squadrons and manage your wily crew.

Pathfinder: Kingmaker Definitive Edition arrives on Xbox One and PS4 on August 18. It includes a new turn-based mode.

Arcade 1Up will also be releasing new retro arcade cabinets including Ms. Pac-Man, X-Men vs. Street Fighter, Marvel Digital Pinball and more. You can check them out in all their polished glory below.

Nintendo has unveiled Paper Mario: The Origami King for Nintendo Switch. It’s the latest in the wholesome Paper Mario series and is set for release on July 17.

You can catch up on all the latest game announcements for 2020 below.

Everything Sony Announced At The PlayStation 5 Reveal

After months of giving the loudspeaker to Microsoft, Sony's long-awaited reveal of their PlayStation 5 launch games -- and what the console can do -- finally aired.

The latest episode of Inside Xbox revealed a stunning look at several new and exciting games coming to the Xbox Series X. It's the largest content drop we've seen for the console and includes brand new properties from developers like SEGA, Deep Silver, Bandai Namco and Bloober Team. Here's the full rundown of every game announced.

All The Australian Times For Not-E3 2020

E3's a lot more complicated this year. Sure, the event we know as E3 2020 was officially cancelled, but all the announcement and showcases you know and love haven't been. Sort of. Here's all the local dates and times to mark in your calendar.

This article will be updated as more games are announced.

What games are you most excited about? 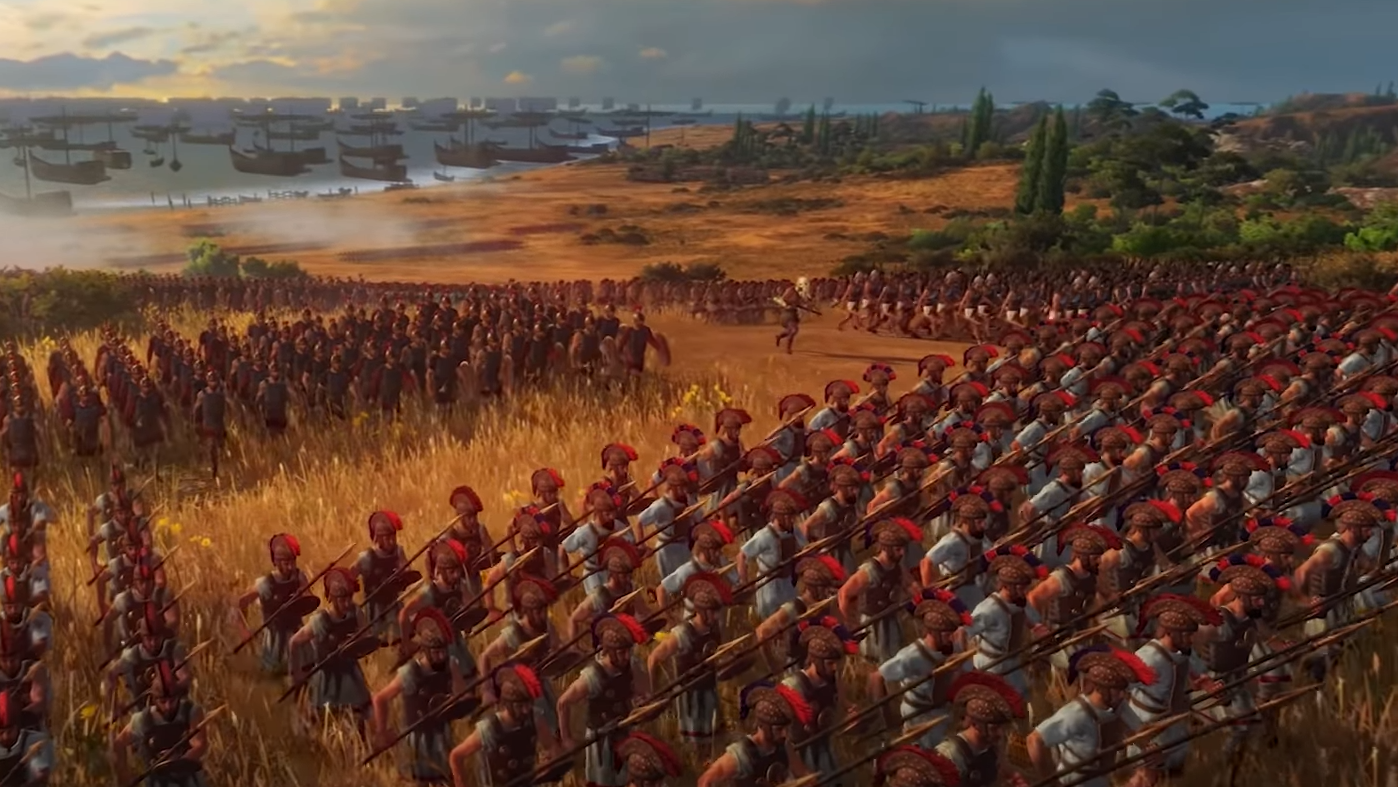 The Next Total War Game Is Having A Very Weird, Epic-Exclusive Launch

Having previously been a series that we first associated with DVD drives and then Steam, the next release in the Total War series—the spinoff A Total War Saga: TROY—is going to be a 12-month Epic Games Store exclusive. And it’ll be...free?