Encourage Mathematical Thinking With These Board Games For Little Kids

familylittle kidsmathoffspring
To sign up for our daily newsletter covering the latest news, hacks and reviews, head HERE. For a running feed of all our stories, follow us on Twitter HERE. Or you can bookmark the Lifehacker Australia homepage to visit whenever you need a fix.

The best way to help young kids understand maths concepts isn’t by standing in front of a white board and rattling off multiplication facts. Rather, it’s by letting them see maths in action. Board games are a great way for little learners to get a grasp on skills such as pattern recognition, spacial reasoning, problem solving and visual perception.

Here are some of the best board games for kids under 8 that encourage mathematical thinking, according to maths educators and parents.

Note: The ages listed are from the game creators. Kids can often start playing earlier if they show interest, or you can make modifications to games such as playing on teams, playing cards face up or eliminating the time component. 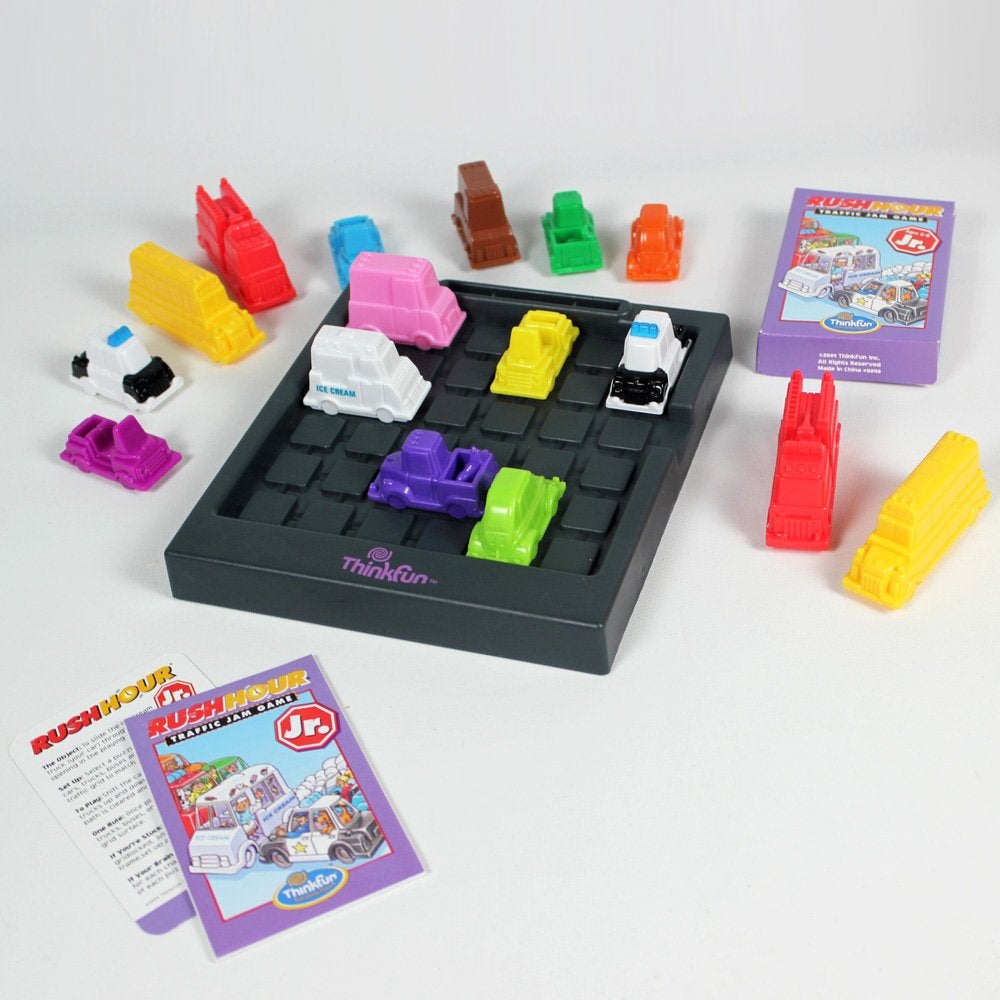 Rush Hour Jr. presents kids with a true dilemma: The ice cream truck is stuck in traffic. To get it out, they must shift blocking cars and trucks out of the way (no lifting them allowed!). It’s simplified version of the classic game with challenges ranging from easy to “super hard.”

Zeus on the Loose 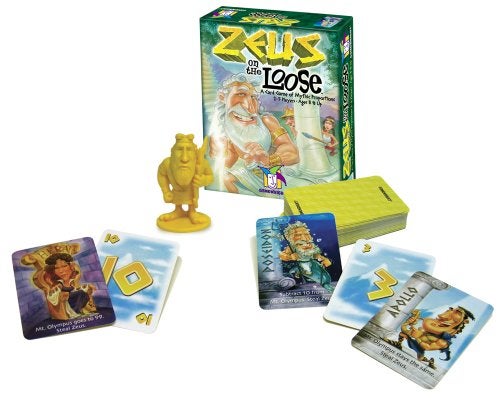 A great game for helping kids develop strategic thinking. In Zeus on the Loose, players add numbers as they climb up Mount Olympus, and “steal Zeus” when the total reaches a multiple of 10. The player who is holding onto Zeus when the sum hits 100 wins. To make things interesting, some cards have special power s— for example, Poseidon and Hermes change the value of the mythic mountain. 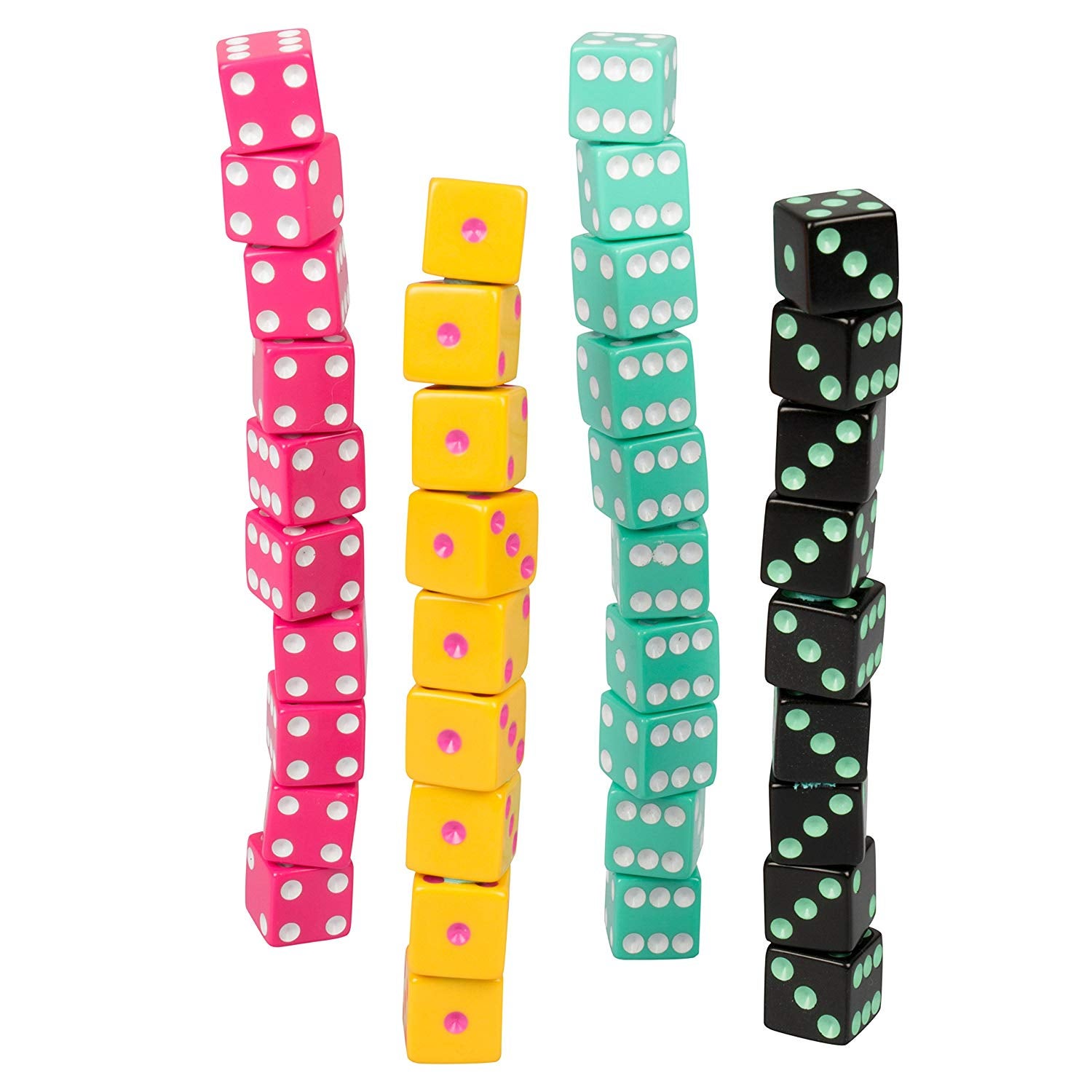 Tenzi is a game can be played straight out of the package. Players keep rolling their 10 dice until they all land on the same number, and if they’re the first one to do so, they must shout out “Tenzi!” It forces kids to think about probability, but they usually have too much adrenaline to notice. You can get rid of the speed component for younger players, and take turns instead. There are tons of variations to try. 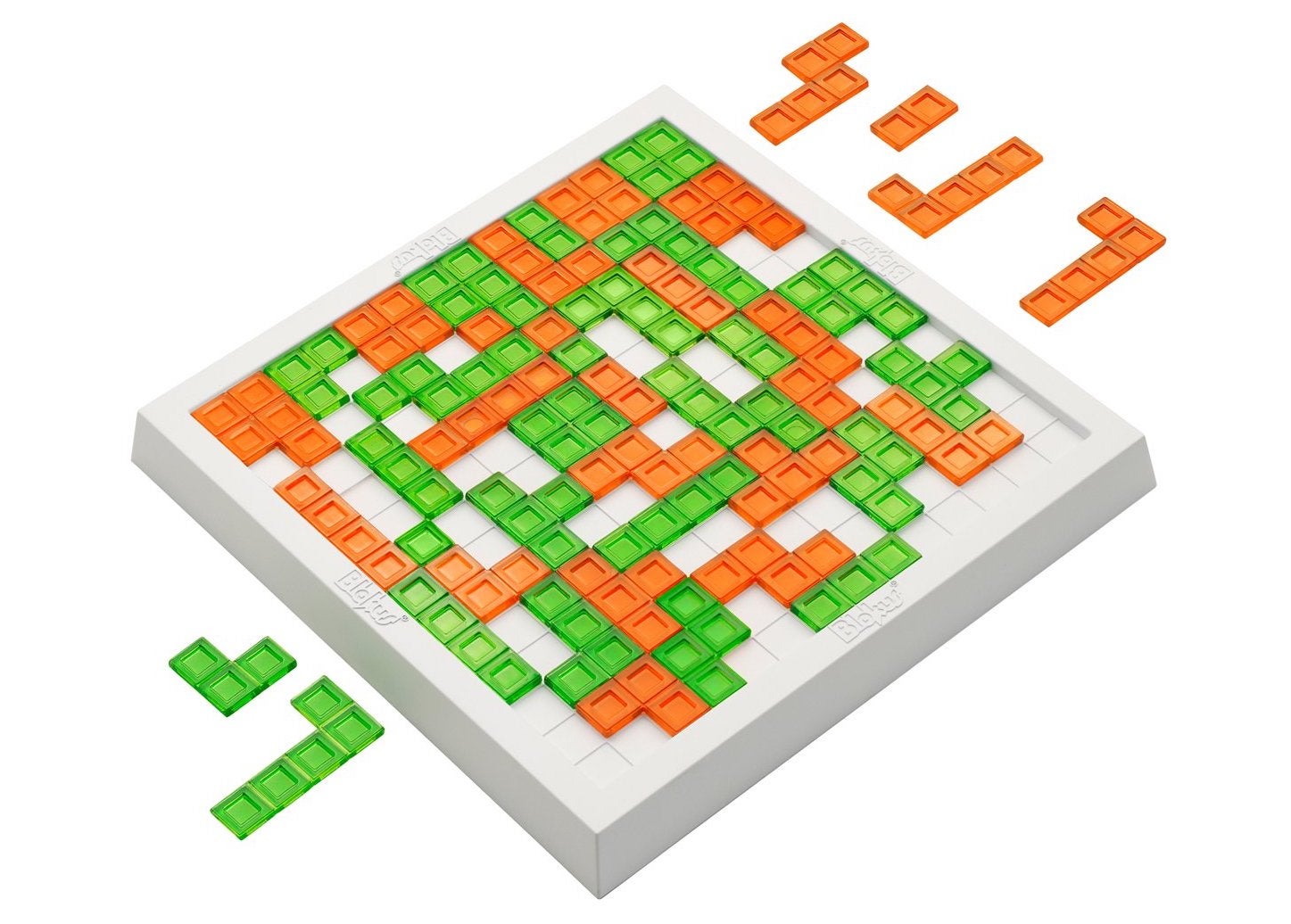 Young kids may be able to play the original Blokus — it’s for ages 5 and up — but the junior version is nice because it comes with 10 mini games designed to help them build some skills before they face opponents. While the game is simpler than the classic version, players have the same objective: Fit as many of your pieces on the board as possible by placing each piece corner to corner.

In Sum Swamp, players are stuck in a swamp and the only way out is to roll the dice — two numbers and one maths symbol — and do the maths. There are challenges and short cuts throughout the journey. 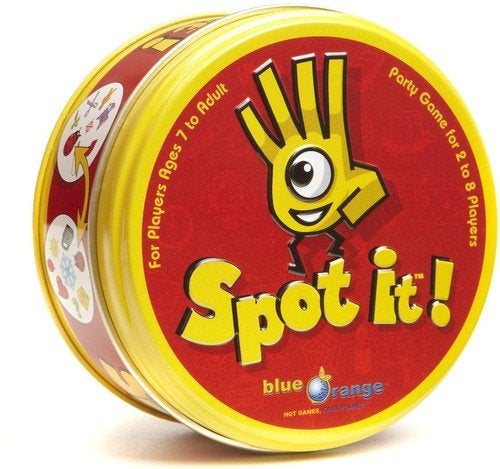 Spot It! is one of the most popular family games right now for good reason — it’s easy to learn and addictively fun. The objective: Between any two cards in the deck, there is always “one and only one” matching symbol. Spot it fast to win.

Smithsonian.com has a breakdown of how the game is rooted in the logic puzzles of 19th century mathematicians. If you want to really geek out, you can even make your own Spot It! set using a Python code. 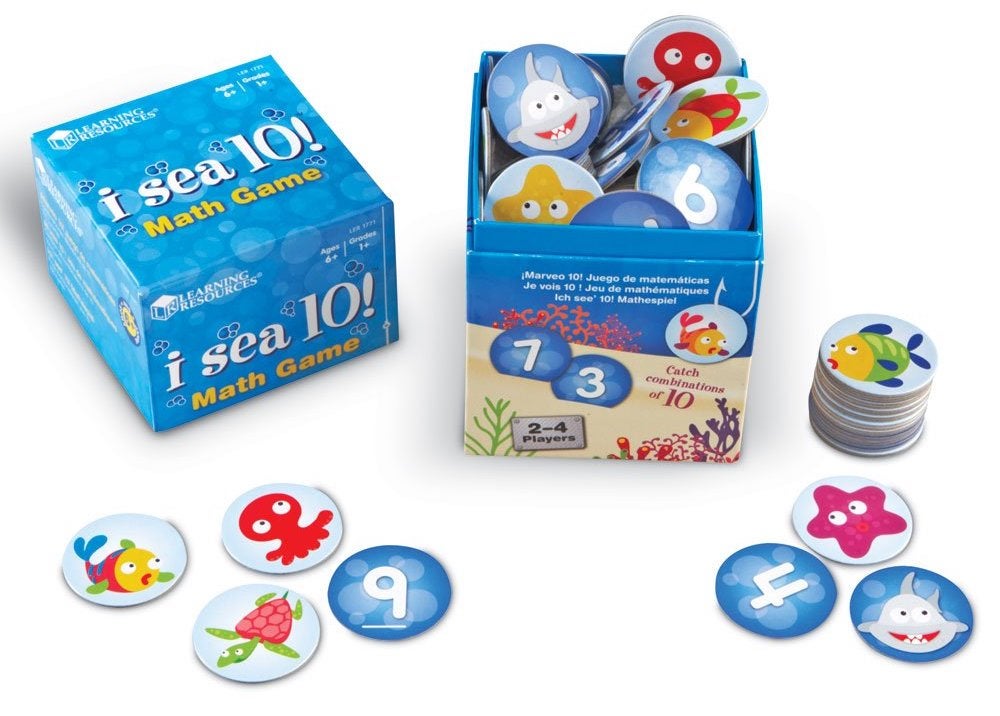 The game can be easily made more challenging if you’d like—for instance, you can try “I Sea 20 (using more than two cards)“ or “I Sea 1 (using subtraction).” 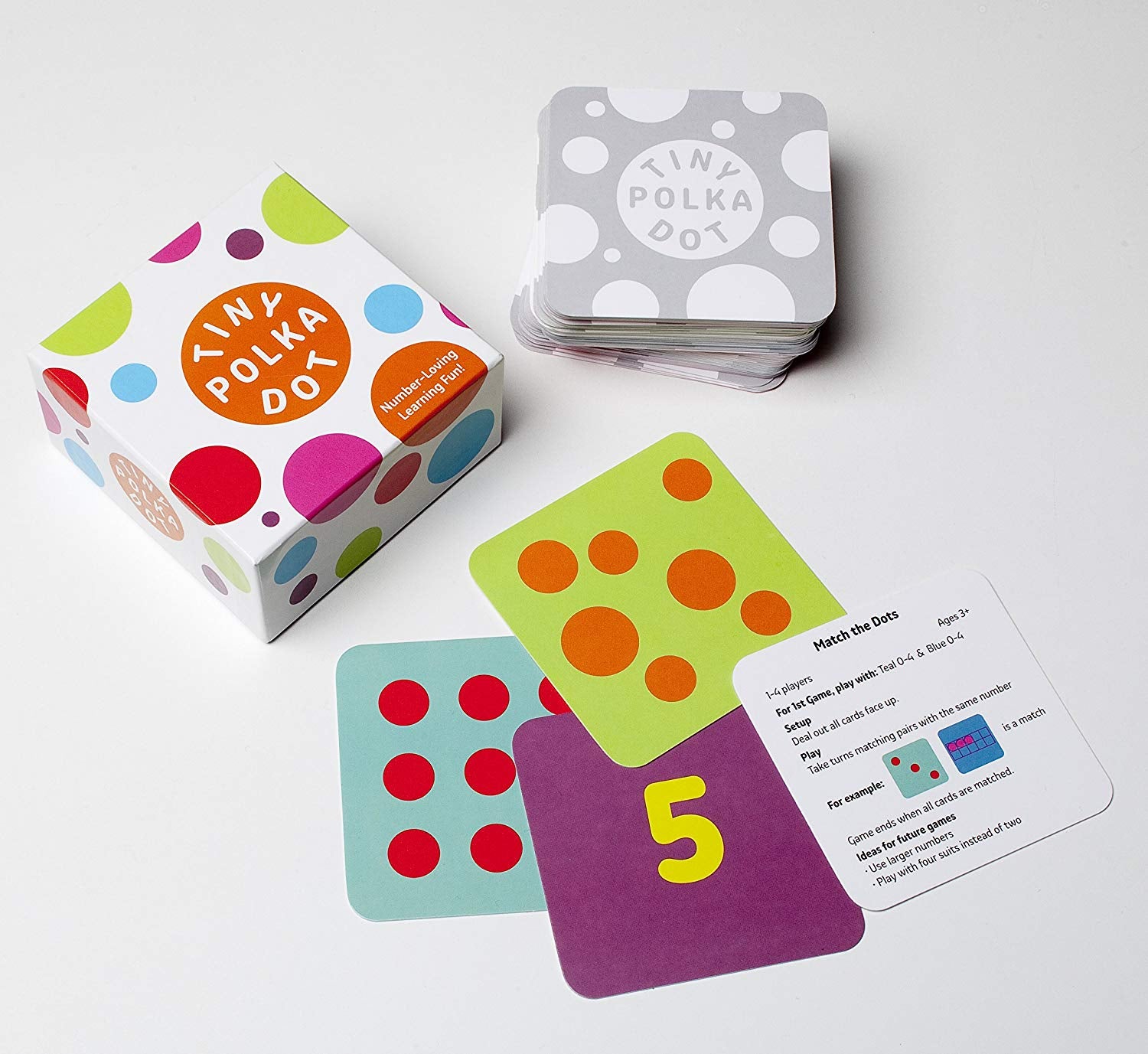 Tiny Polka Dot is a collection of mathematical games designed to help the youngest game players develop number fluency in a natural, engaging way. As a parent, you might help your preschooler move from counting dots to matching dots to putting numbers together to make new numbers.

Kindergarteners and first graders can play more challenging games such as Polka Dot Tens (find pairs of numbers that add to ten among face down cards) or 15 Supreme (put together strings of cards to reach 15). 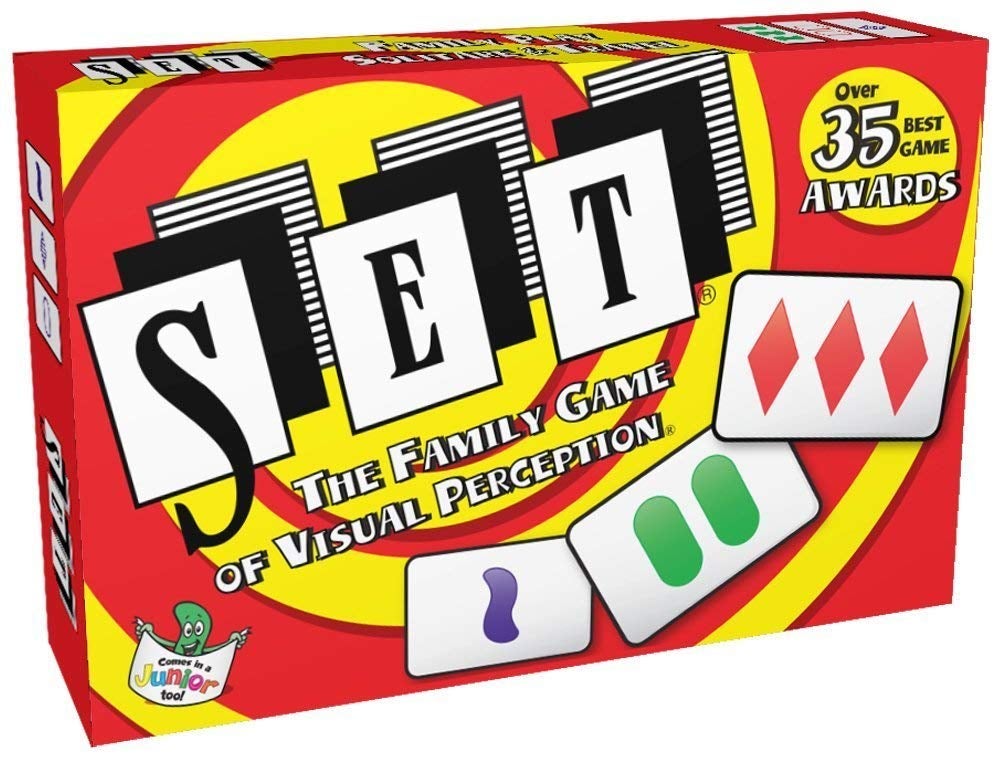 Set is a popular pattern-matching card game that’s easy to learn and quick to play—kids can get a round in if they have 15 minutes before dinner is ready. The game’s 81 cards consist of one, two, or three symbols of different shapes (diamond, oval, squiggle), shadings (solid, striped, open), and colours (green, purple, red).

To win, players must race to find “sets” of three cards of which each characteristic is the same — or different — on all the cards. The game can be modified for younger kids by picking out easier groups of cards to start (e.g., the solid cards). Then, once they get the hang of it, you can add in the other cards. 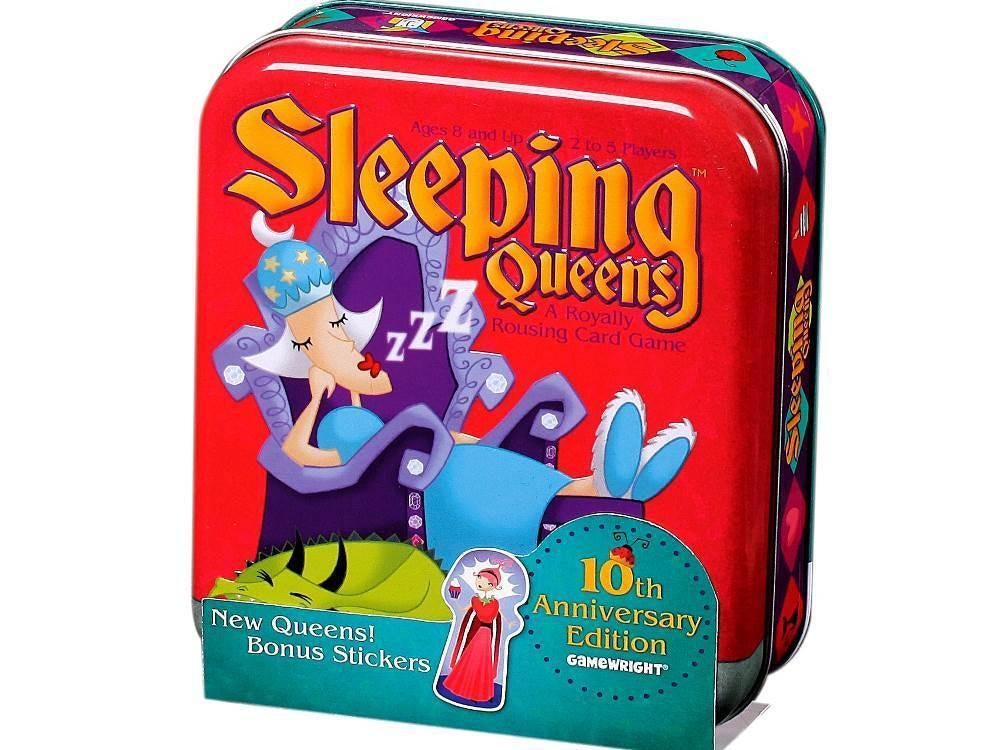 The goal of Sleeping Queens — a quirky card game invented by a 6-year-old — is to wake up the most queens. Since the queens are worth different amounts of points, players add, subtract and make simple equations.