Today I Discovered The Racist Origins Of The Pointy Witch Hat

Why do witches wear tall pointy hats? You’ve probably never questioned it through years of Harry Potter and Hocus Pocus, but it has to have come from somewhere, right? As it turns out, that hat’s probable origin, like a lot of human history, is pretty racist.

While witches and their aesthetic are pretty trendy these days, that wasn’t always the case. You don’t have to go back too far in history to reach a point where witches were associated with all things vile and despicable – most prominently the Prince of Darkness, Satan himself. 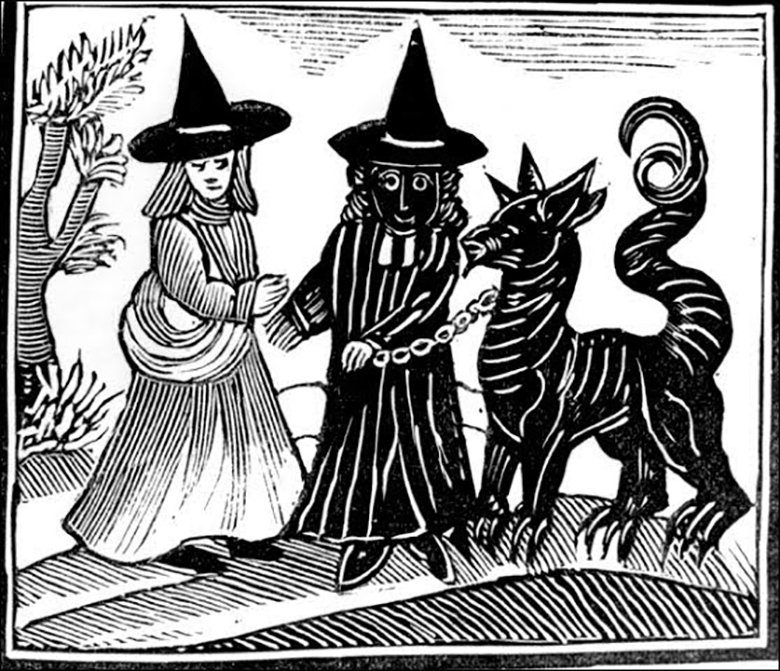 And, going back even further, witches were not the only group to be associated with Satan by the Christian church, either. Another group commonly accused of consorting with the devil during the Middle Ages were Jewish people. 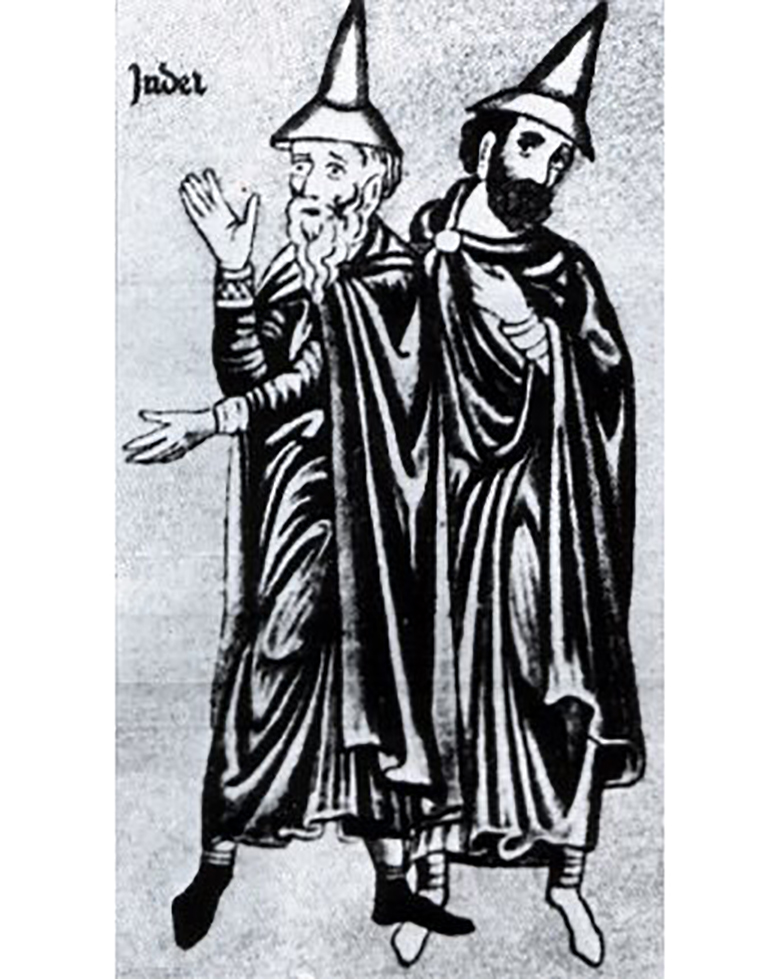 During this time, a version of the ‘satanic panic’ of the 1980s existed in many European Christian countries, though at that time it was Jewish people who were considered the culprits. Starting around the 12th century it was a common belief that Jewish people possessed magical powers gained from deals with the devil.

So what does this have to do with pointy hats? Before the more well-known yellow badge that denoted a person was Jewish in the Middle Ages, a type of cap called a judenhut or Jewish hat was often worn to signify someone was Jewish.

[clear] While initially Jewish people brought this fashion with them as they immigrated and wore it with pride, later they were forced to wear the caps to make sure they were distinguishable from the Christian population. 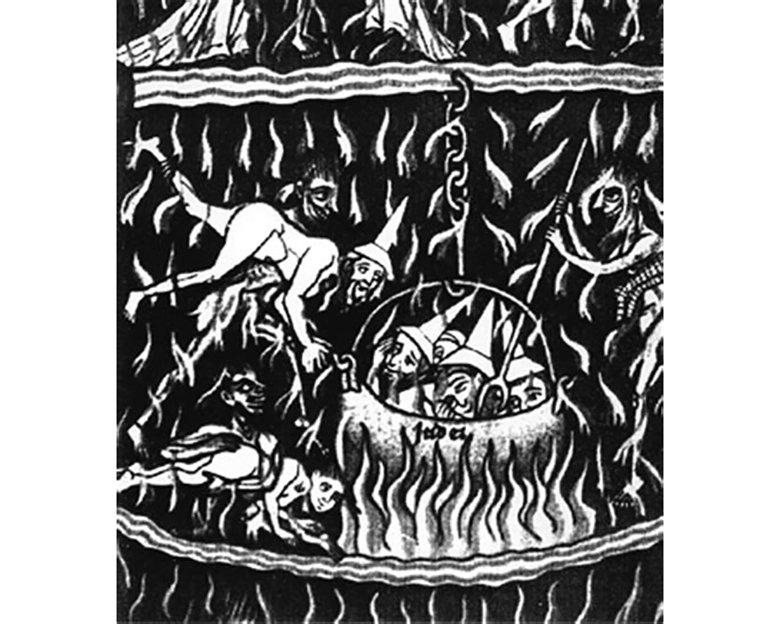 A depiction of Jewish people in the judenhut being tortured in Hell. Public domain

The judenhut takes a lot of different forms, some with a skinny peak with a ball on top, but others look almost exactly like the witches hats we know today. So when Jewish people were depicted in medieval art taking part in Satanic rituals, they often wore these pointy hats – sometimes even the devil was depicted in one himself.

Another common artistic motif was a scene of Jewish people being burned alive – again, wearing their pointed hats, and again a scene that is also common to that of witches.

The hats themselves were sometimes seen as demonic in themselves – their Latin name pilleus cornutus or ‘horned skullcap’ directly links the style of hat to the Horned One himself, and horns were one of the easiest shortcuts for depicting something as demonic. 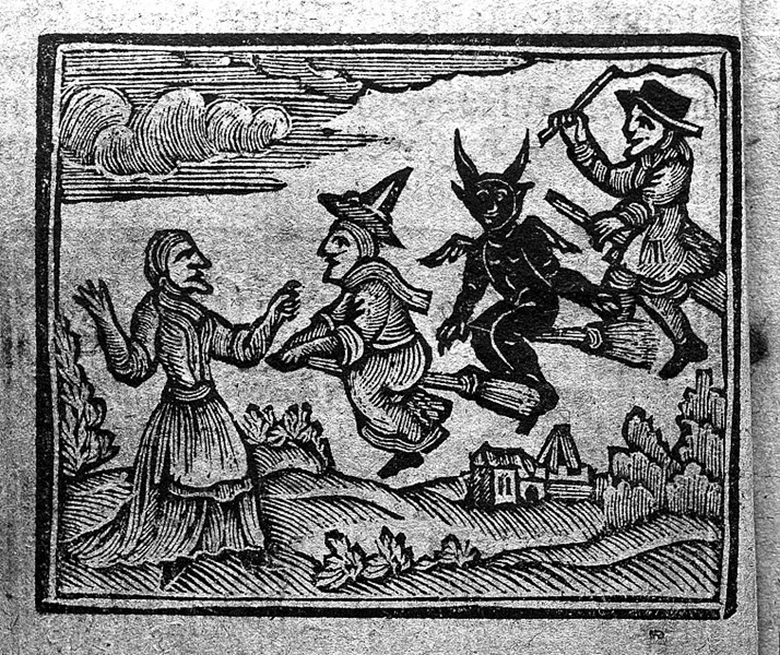 An 18th century depiction of witches riding broomsticks with the devil. Public Domain

That being said, the pointed hat wasn’t regularly connected to witchcraft until centuries later, but it’s likely that the anti-Semetic imagery that persisted through the centuries was a strong influence on this symbolic choice.

The image of a witch riding her broomstick off into the night is one that we all take for granted, but do you know where the association between witches and brooms comes from? Turns out it's less to do with the occult than with ye olde experiments with homebrew hallucinogens. You'll never look at Harry Potter's Firebolt the same way again.