The image of a witch riding her broomstick off into the night is one that we all take for granted, but do you know where the association between witches and brooms comes from? Turns out it’s less to do with the occult than with ye olde experiments with homebrew hallucinogens. You’ll never look at Harry Potter’s Firebolt the same way again.

There are a few levels to the whole broomstick thing, and most of them are pretty raunchy. As the targeting of witchcraft in the middle ages often was used to punish women’s independence, outspokenness and sexuality, this probably doesn’t come as a surprise.

On the base level, the broom was symbolic of two things. It was a symbol of domesticity, which was uniquely the women’s domain, but it was also undeniably phallic – and those witches were known for their sexual proclivities, even down to consorting with the Devil himself. 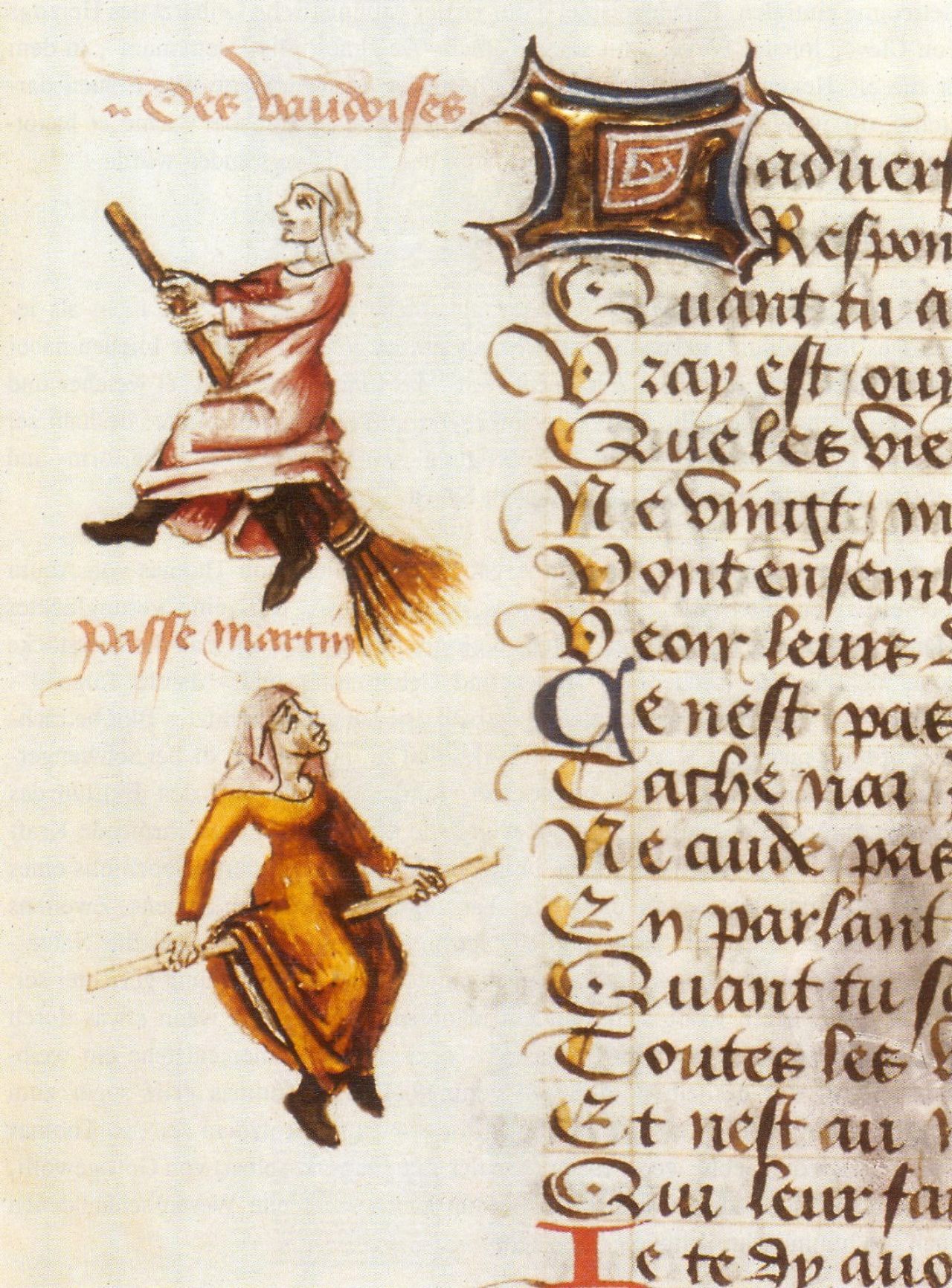 However there’s another element that’s not so common these days – medieval texts on witchcraft used to mention ‘witch’s brews’, which the aforementioned witches would smear on their broomsticks and then fly off to their witches covens to do Satan’s bidding. Now the latter didn’t necessarily happen, but the ointment definitely existed – it was just used to get high in a very different way.

It shouldn’t surprise you to hear that people have been finding creative ways to get high through all of human history. In the middle ages, this originally from bread – more specifically, a type of fungus called ergot that could infect bad rye grain. In high concentrations, ergot will kill you, but at the right level it’s a potent hallucinogen.

While accidental outbreaks of ergot have caused some odd events of mass hysteria over the years (some have even blamed it for the Salem witch hunts), some resourceful people thought to cultivate its psychedelic properties for recreational use. This, along with other ingredients commonly associated with witches like nightshade and mandrake could be used to make a hallucinogenic ‘witch’s brew’.

The users of these drugs at some point discovered that it was easier to absorb these drugs through the skin, which caused fewer negative side effects than ingesting them. And the places that most easily absorbed the drug were the armpits… and the genitals. Thus, sitting astride a broomstick could be a very convenient method of delivery for these hallucinogens.

A 15th century text by Jordanes de Bergamo, quoted by the Atlantic.

“The vulgar believe, and the witches confess, that on certain days or nights they anoint a staff and ride on it to the appointed place or anoint themselves under the arms and in other hairy places.”

Another 14th century text has a similar story:

“In rifleing the closet of the ladie, they found a pipe of oyntment, wherewith she greased a staffe, upon which she ambled and galloped through thick and thin.”

Note that neither of these actually mentions flying as a particular – that detail may have come from the investigators fantasy, or it may have been the accused recollections of their hallucinogenic trips, during which it is very possible to believe one is flying.