With Samsung announcing the debut of its foldable-focused Galaxy Z Series this week, and the recent CES gadget show being all about foldable laptops, tablets and phones, it’s clear that the tech industry is fold obsessed. But who is driving the push for this physics-defying trend, and what are the challenges?

According to Taejoong Kim, Samsung’s VP of the next generation product design team: “Customers’ needs for smartphones are becoming more varied; they want a bigger screen and at the same time greater portability. To accommodate these various needs we focused on foldable technology.”

Carolina Milanesi, an analyst with Creative Strategies, has a different take on whether it’s customer demand or R&D departments wanting to do something new.

“I think it’s more of the latter at the moment,” Milanesi says. “Everybody’s concerned about stagnant sales and how you’re going to revamp the market. 5G will get us there, but it’s a long tail. Not everybody’s going to rush, it depends on the networks and so it’s going to take time. So, you need something that is going to get people excited.”

Another problem with foldable phones is that users have become used to being able to drop their phone on the floor a few times before the screen shatters, and not have to think twice about putting it in their gym bag with a leaky water bottle. When it comes to foldable phones you can’t do that; they don’t have IPX ratings because it’s near impossible to seal all the openings. As Samsung discovered when they had to delay the launch of the Galaxy Fold, durability can be a problem for folding phones. Kim kept that in mind when designing the new Z Flip. 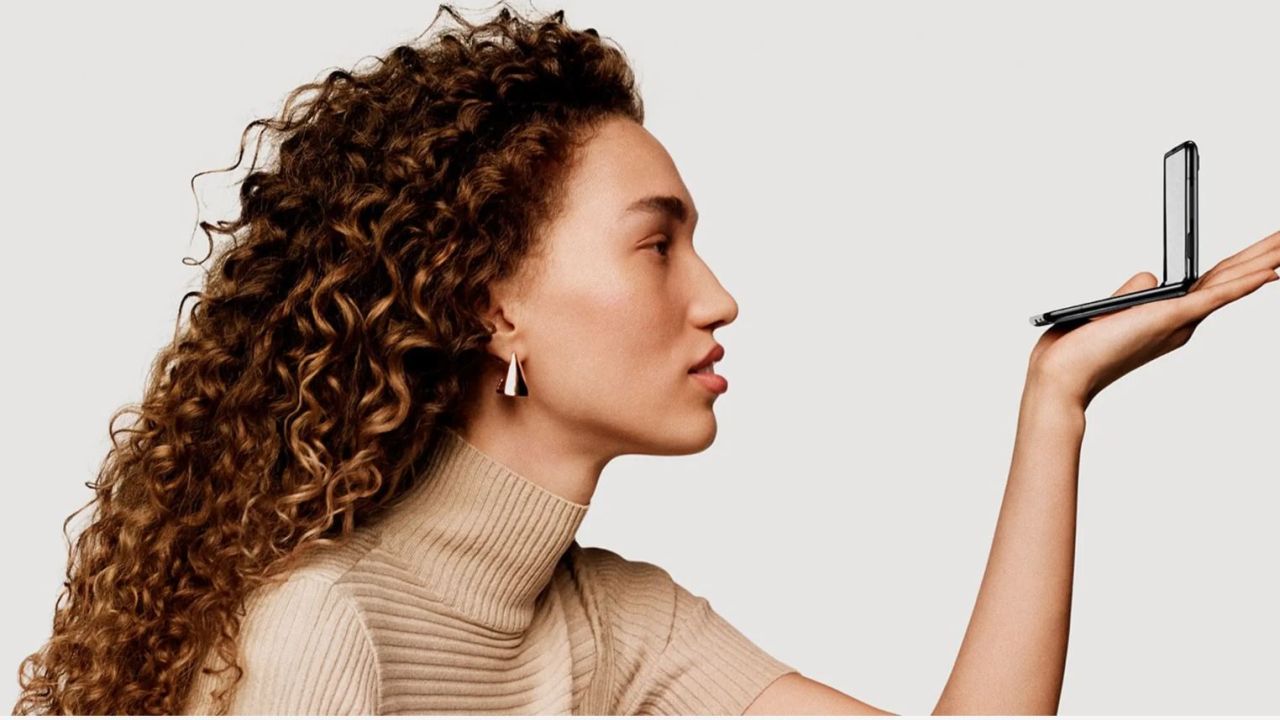 A cynic might suggest that one reason the tech industry is so keen to get us to buy $2200+ folding devices is precisely because they break. Lenovo tested its folding laptop by rubbing sand in the hinge and screen, and Samsung claims the Z Flip can be folded more than 200,000 times, but the new Motorola Razr recently failed an (admittedly sketchy) test conducted by CNET that showed the hinge survived fewer than 27,000 folds.

Milanesi doesn’t think fragility is the goal of these gadgets, though, and believes easy breakages would only cause either apathy or irritation instead of higher sales numbers.

“[On current] phones the glass breaks and people still use it with broken glass, right? You don’t even have to upgrade the phone, you just have to spend 50 bucks to change your glass, but people don’t even do that,” she says.

“There’s definitely an intention to get us to upgrade now, and get that excitement.”

Whoever wants foldable phones, it’s more than likely that we haven’t seen their final form yet, as designers use trial and error to see what customers really want.

“I think it will be interesting to see if we’re going to have foldable, or dual screen, with the Surface Duo coming out,” Milanesi says.

Samsung’s other big hope is that 5G will convince customers to upgrade, predicting that while only 1 per cent of smartphones sold in 2019 were 5G capable, 20 per cent of the phones sold in 2020 will be. Milanesi isn’t so sure, saying that 5G’s impact will be very small, other than for people who want to get a high-end flagship phone.

“But, you know, if the second half gets us an iPhone 5G, then obviously sales will go up,” she says. “If you count China, maybe 20 per cent is possible. My gut feeling was more 8–10 per cent, maybe 12 per cent, but perhaps China will make more of a difference than we think.”

Samsung’s Galaxy S20 series, available in both 4G and 5G flavours will, be available in Australia next month with the foldable Galaxy Z Flip a few months after