Last week, we caught our first official glimpse of Samsung’s folding Galaxy smartphone at SDC 2018. Now, a leaked memo has revealed the release date and pricing for this intriguing gizmo. The ‘Galaxy F’ will be available to buy in March 2019 alongside a 5G-powered Galaxy S10. It will also cost well north of $2500 in Australia. Yikes.

Korean news outlet Yonhap News is reporting that the Galaxy F – formerly known as the Galaxy X (and that name may change again) – will hit store shelves on March 2019.

The launch will reportedly coincide with a tenth-generation Samsung Galaxy S10 that will to be 5G-capable in countries that have their networks up and running. (According to Yonhap News’ sources, all iterations of the Galaxy F will stick to 4G.)

If the report can be believed, the Galaxy F will cost 2 million won – which works out to around $2500 in Australian dollars. When you add GST and the dreaded ‘Australia Tax’ to the mix, the local pricing is likely to be closer to $3000. It could even break through that ceiling, particularly if high-capacity versions are offered.

For those who missed last week’s coverage, the Samsung Galaxy F uses a tough and flexible version of composite polymer called Infinity Flex Display which is reportedly thinner than any mobile screen in existence. This allows the phone to fold from a 7.3-inch tablet to a 5.4-inch smartphone.

When folded, a third OLED screen on the back provides normal smartphone functionality. It will have a native resolution of 840 x 1960 pixels and a screen density of 420 dpi. 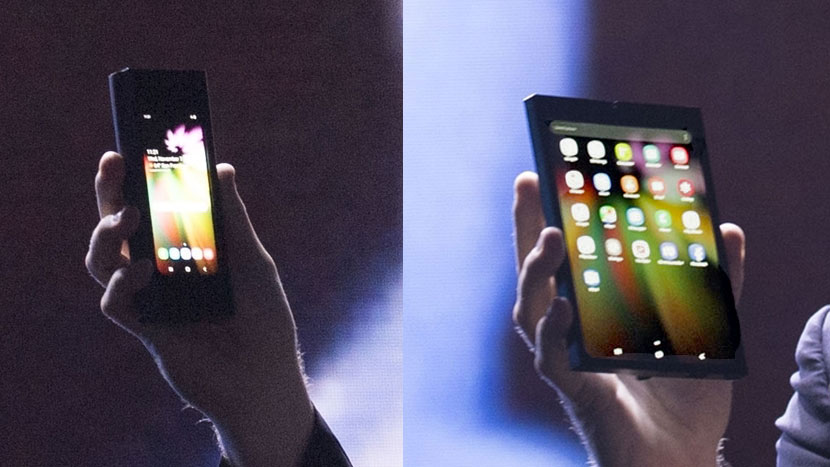 The folding screen was officially unveiled at the Samsung Developer Conference in San Francisco last week, but the reveal was exceptionally brief – we only saw the device on a darkened stage for around half a minute. We should be getting a much better look at the device at Mobile World Congress in February.

The development of folding phones is being billed as the biggest leap forward in mobile display technology in the last 10 years. Whether the average consumer is ready for this leap remains to be seen. The version that was shown off at SDC was much thicker than a traditional smartphone which may put off many users.

To date, Samsung hasn’t revealed a compelling use case or “killer app” that would make this an essential upgrade. When we asked why people would want this phone at SDC 2018, the best it could come up with was the ability to use three apps simultaneously.

On the plus side, the company has already invited hundreds of third-party developers to work on the platform which should hopefully result in plenty of innovative, fold-centric applications at launch. We fully expect some additional tricks to be revealed at Mobile World Congress 2019.

Samsung's Folding 'Galaxy X': Everything You Need To Know

Today, Samsung finally showed off its first foldable smartphone which has been unofficially dubbed the Samsung Galaxy X. Having seen the actual device in person we can now put all those rumours and alleged leaks to rest. Here are all the official facts that you need to know about.