What To Do If Your Kid Hates Crust

My son, like many children, has had an ongoing love-hate relationship with bread crust. More emphasis on the hate, though, especially recently. When he was a toddler, I avoided them completely by making his sandwiches on “sandwich thins.” But that only worked if I was able to find the variety that didn’t have any visible grains or seeds, which were also offensive.

Then, in honour of his love of dinosaurs—and because I was tired of picking oats out of bread—I moved onto this dinosaur sandwich cutter. It was great and he loved it, but it’s really a one-size-fits-all solution despite bread not all being produced in one size. It was slightly too big for most normal loaves of bread so it often either left some crust behind or I stood at the counter trying to, ever-so-slightly, stretch each piece of bread enough to fit just outside the boundaries of the cutter.

Finally, once my son reached an age at which he could be better reasoned with, I explained that I was officially out of the seed-picking and crust-cutting business. If he wanted a sandwich, it was going to be square with crust around all edges, which I explained was really just bread that turns a little darker in the baking process. He got over it and ate lots sandwiches and I got to stop thinking about crust.

That is, until about a month ago when I stumbled upon a bread massacre occurring all over my kitchen table. “It’s fine,” he said. “You don’t have to cut them. I’ll just tear them off.” All of a sudden, after literal years of eating crust, he decided he was no longer having it.

I tried to ignore it, but it really was wasteful. He was pulling off huge chunks of bread, meat and cheese along with the crust; but when I said I was out of the crust-cutting business, I meant it. And even if I relented and cut them for him occasionally at home, I knew this destruction was almost certainly happening in the school cafeteria every day with half of his sandwich ending up in the trash.

Several weeks into this nonsense, my husband texted me an idea: “You know, if he’s gonna be a bird about crust, can we make his sandwiches on hamburger buns?”

After being initially resistant to the idea (IT’S JUST CRUST), I realised there really is no reason a sandwich has to be made specifically on the sliced version of bread. My kid might not like crust, but he does like a nice hamburger roll. And really, who doesn’t? They’re soft, they’re easy to handle, and they’re uniform in texture and colour. A hamburger roll is a perfect bread, and it makes for a delightful sandwich experience for kids and adults alike. 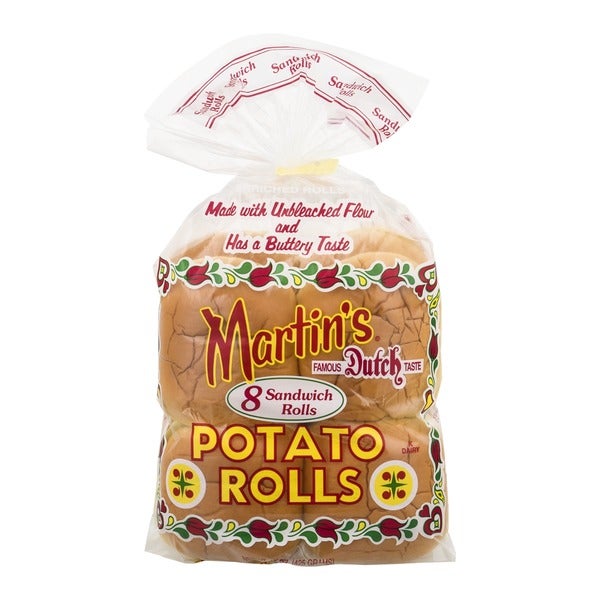 These are our favourite rolls, but feel free to opt for a healthier, whole grain variety. (Photo: Martin’s)

So I went out that day, I bought a pack of Martin’s “sandwich rolls(!!)” and casually asked my son, “Would you like me to make your sandwich on a hamburger roll?”

And he, I am not exaggerating, sighed in happiness.