How To Catch A Funnel Web Spider

It’s funnel web season and the Australian Reptile Park has warned the recent weather conditions have provided the perfect situation for the deadly spider to thrive. Here’s what you need to do if you see one in your house.

What is a funnel web spider?

The funnel web is regularly considered the most dangerous spider on the planet in relation to human bites. The fully-grown male is said to have the most toxic and life-threatening venom, while female and juvenile spiders are less potent. If you’ve never seen one, they’re characterised by their dark brown to black body, horrifying fangs and chonky boi legs.

The females reach around 35 millimetres in length while males are a bit smaller at 25 millimetres. 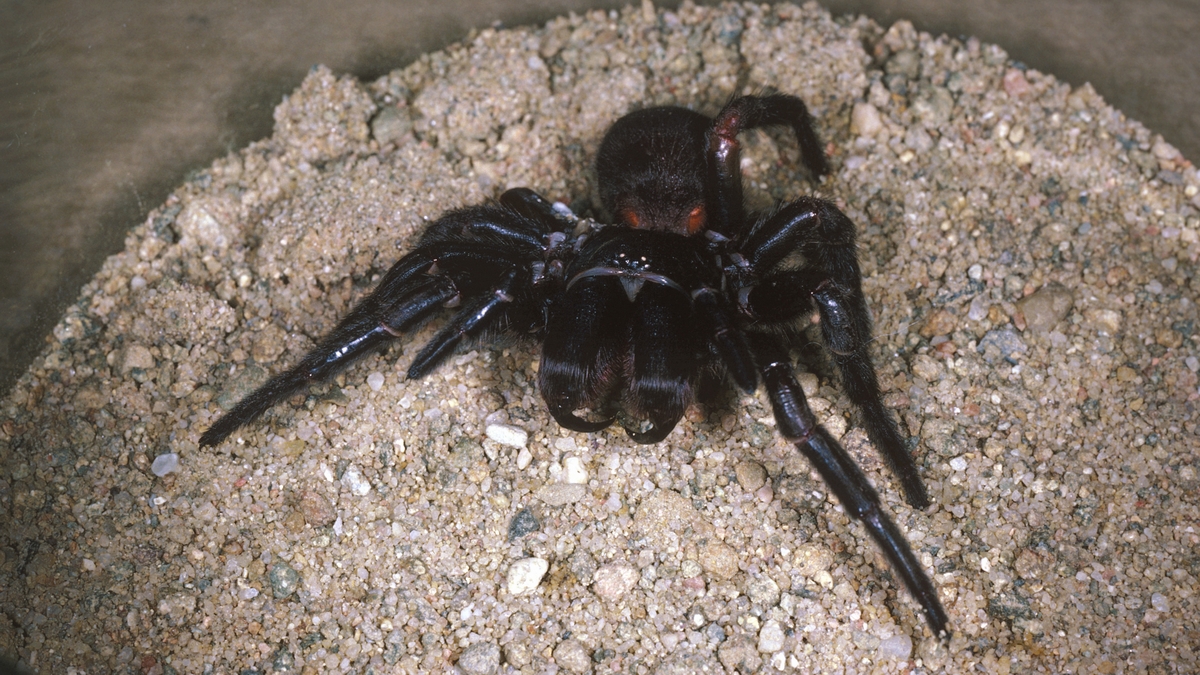 Where are funnel web spiders found?

Thankfully for most Australians, it’s just the city and greater Sydney folk who have to deal with this threat. The spider’s natural habitat is wholly located within NSW and while the concentration is primarily thought to be the Sydney, Blue Mountains, Central Coast, Newcastle and Wollongong regions, it can be found as far south as Nowra.

“The wet weather over the weekend has seen an increase of the number of spiders wandering about,” a spokesperson from the Australian Reptile Park (ARP) said in a press release. “The [ARP] sanctuary is asking for any collected spiders to be brought to the park to contribute to the lifesaving antivenom program.”

The spiders likes to dwell in cool, shady spots that hold humidity. Rainforests and wet bushland are its preferred choices but given there’s a densely-populated city where it lives, it makes do in well-vegetated private gardens. It can also be found in damp places in the house like laundries, garages or shoes left out on the ground.

What should I do if I see a funnel web spider?

While most people will likely hightail away upon seeing a funnel web spider, sometimes that might not be possible if it’s in your living or work space. In those cases, it’s important not to kill the spider but instead, capture it safely.

It sounds like a scary risk but ARP’s spider keeper, Jake Meney, explains it’s actually quite simple if done in a safe manner.

“If you are an adult and feel safe to do so, please catch the funnel webs using a big glass jar and keeping your hands away from the spider, coax the spider into the jar using a long stick and bring it to us at the Australian Reptile Park or one of our drop-off points in Sydney, the Central Coast or Newcastle,” Meney said.

“Funnel webs cannot climb up glass or plastic so once you put the lid on tightly, the funnel web can’t get out. You can help us save Australian lives.”

These funnel webs are then milked for their venom so the park can produce antivenom to save anyone who has been bitten.

What if I’m bitten?

Since the antivenom was created in the early 80s, no one has died in Australia as a result of the spider’s bite. Still, it’s important you take yourself to a hospital immediately as the venom is still dangerous.

It’s important to remember this type of bandage should only be used with a funnel web bite and no other type of spider bite.

Huntsman Spiders Are Great (No, Really)

You’re driving along and you open the sun visor. You’re cleaning at home and bump a painting hanging on the wall. Suddenly, out runs a huge, hairy spider. Australia’s huntsman spiders are the stuff of myths and nightmares. But these are also the most interesting of their family, and deserve their place in the pantheon of Australian wildlife.