Apple posted its roundup of the best iOS and iPadOS apps and games for 2019, which gives us a look into the trends that drove the year’s best apps. It’s a good read if you have the time, as it reveals some surprising figures—Mario Kart Tour was the most-downloaded game on the App Store, for example, and users were drawn to multimedia creation and self-publishing apps more than any other categories in 2019.

Since Apple neglected to include any download links to the apps it showcased in its announcement, here’s how you can grab all of Apple’s “best of the year” apps and games: 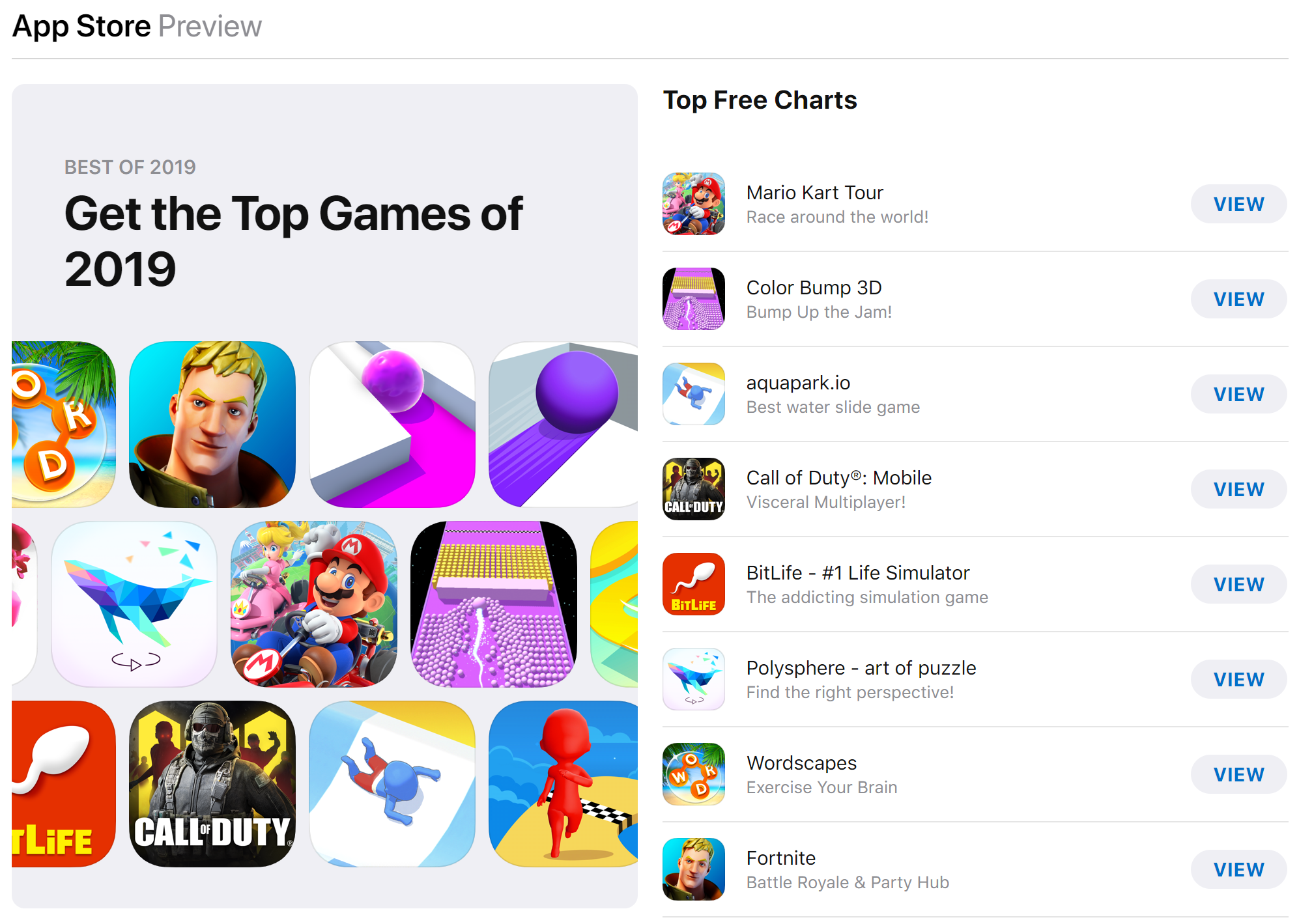 If you need more apps to download, Apple also published its top charts for 2019, detailing the most popular apps and games across the free and paid categories. Give them a look!