If Apple’s three-month free trial for new Apple Music subscribers hasn’t been enough to get you to abandon Spotify, how about a six-month trial?

Thanks to a creative workaround, originally found by 9to5Mac, you can use a special Shazam promotion to double the length of a typical free trial for Apple Music. That’s plenty of time to make up your mind—or, at minimum, a quick way to save some cash. As long as you don’t mind rejiggering your playlists, there’s no reason why you can’t cancel your current streaming service and enjoy six months of Apple’s streaming on the house.

To get started, download Shazam for iOS. Pull it up and use it to identify a song—any song—that’s playing. When it does, it should automatically add the song to your Shazam library. Look toward the bottom of the result for a little “Open in Apple Music” button (with the word “Apple” replaced by Apple’s little logo). Tap that. 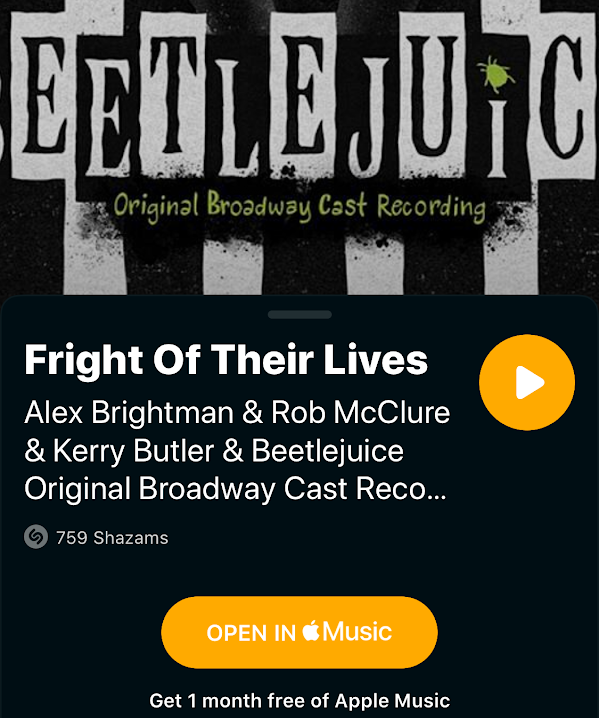 I also do not like Brigadoon. (Screenshot: David Murphy)

The screen that appears seems to give different people different promotion lengths—some have reported a screen that offers a full six-month free trial for Apple Music, others (like me) report four months, which isn’t always four months. I’ll explain. 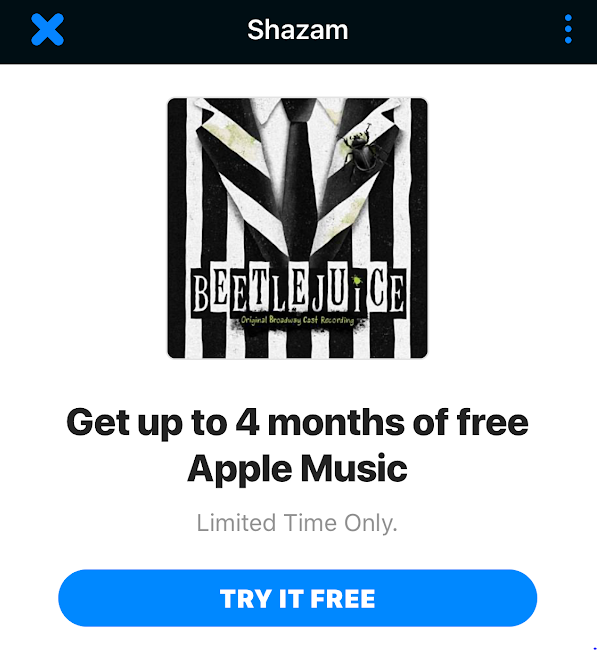 When you tap on the “Try It Free” button, you’ll be sent to a redemption screen that already has the promotional code filled in. Cross your fingers on this part, because your promotion could drop to a meager one month (likely for those who have already subscribed to Apple Music at some point, as I did). If you’re lucky, you’ll get at least four free months, and possibly even the full six months. As one commenter described:

“I got 6 months on my phone, my daughter only got 1 month. I have never had any type of subscription to Apple Music, maybe that’s why I got the 6 months. The offer on my daughter’s phone said she would get 4 months, but in the end she only got 1 month. We both went through the same process. I think she previously had a 3 month trial. We’re in the USA.”

Another person had slightly better luck, even though they probably shouldn’t have:

“6 months for me – already had Shazam, did previously have a 6 month free Apple Music via my carrier. Only really interested because it means I can use my watch with it – frankly for anything else Spotify owns Apple Music.”

Some have even reported that you can cancel your Apple Music subscription—assuming it concludes before the end of this month—and then use this method to sign back up for another free trial. This might get you an extra one month; you might get more.

Remember, cancelling your Apple Music subscription isn’t enough to make yourself eligible in this case. If you opted in for an annual subscription, you won’t get an immediate cancellation and a prorated refund. Rather, your subscription will be active until its last day, and odds are good that’s not within the next eight days for most people.

If you’re a current Apple Music subscriber and you want to try taking advantage of this little loophole, it’s worth a shot (if it works). Otherwise, don’t stress it. There’s always some way to save money with Apple purchases and subscriptions from time to time; there will certainly be other deals.