Gin And Tonic Probably Isn’t As Healthy As You Think

Gin – which is traditionally made from juniper berries – has long been noted for its health benefits. According to a raft of scientific studies, it can improve everything from blood circulation to your liver and kidneys. It’s also a low-calorie spirit, making it the dieter’s tipple of choice.

However, if you’re a die-hard G&T fan, you might want to take a closer look at the ingredients in your beverage. Specifically, the sugar levels.

Most people assume that Indian tonic water is low in kilojoules. After all, the G&T cocktail was popularised by officers of the British East India Company who were trying to mask the horrible taste of quinine in their military-issued tonic water. How could something called ‘tonic water’ which is a very acquired taste be bad for you?

As it turns out, commercial tonic mixers are considerably more sugary than their East Indian progenitor. For example, Schweppes Indian Tonic Water, a staple in pubs and bars around the country, contains 8.6g of sugar per 100ml.

To put that figure into perspective, Coca-Cola – one of the most sugar-laden soft drinks on the market – contains 10.6g per 100ml. Despite its bitter, medicinal taste, the Schweppes product contains just two grams less sugar than Coke.

So does this mean you need to drink gin straight? Not quite. Adding sugar won’t nullify the health properties of gin – and you can always use a diet variety when you make your own cocktails at home.

But when you’re drinking at a bar, be mindful that the trusty G&T isn’t quite as healthy as you’ve been led to believe. (Especially if it’s your fifth!) 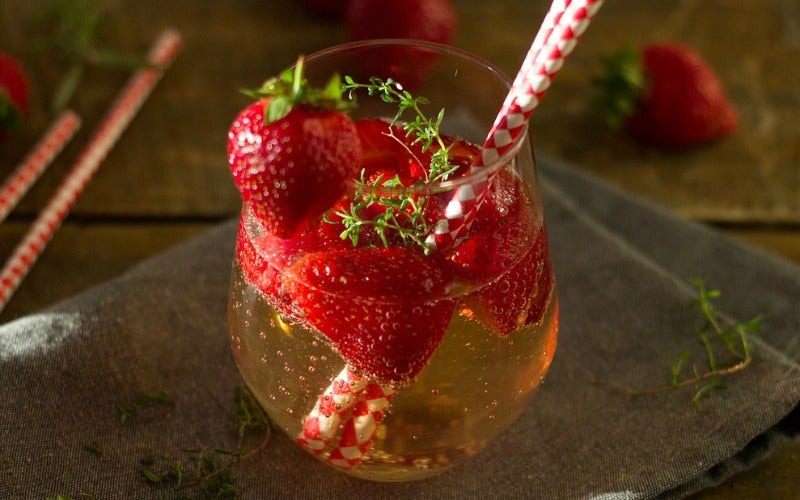 Have A DIY Gin & Tonic Bar At Your Next Party

What's better than serving gin and tonics at a party? Having a whole gin and tonic bar, that's what. A few weeks ago I went to a media event for Beefeater. They had your traditional bar there, with a bartender mixing up fancy cocktails. There was also a DIY Gin & Tonic bar. You could ask the bartender for just a glass with ice and gin in it, and then use the assortment of tonic waters and accouterment on the table to build your own. The idea was so fun I started doing it whenever I had friends over… and it was a big hit.