The Best Thing You Can Do To Support A New Book 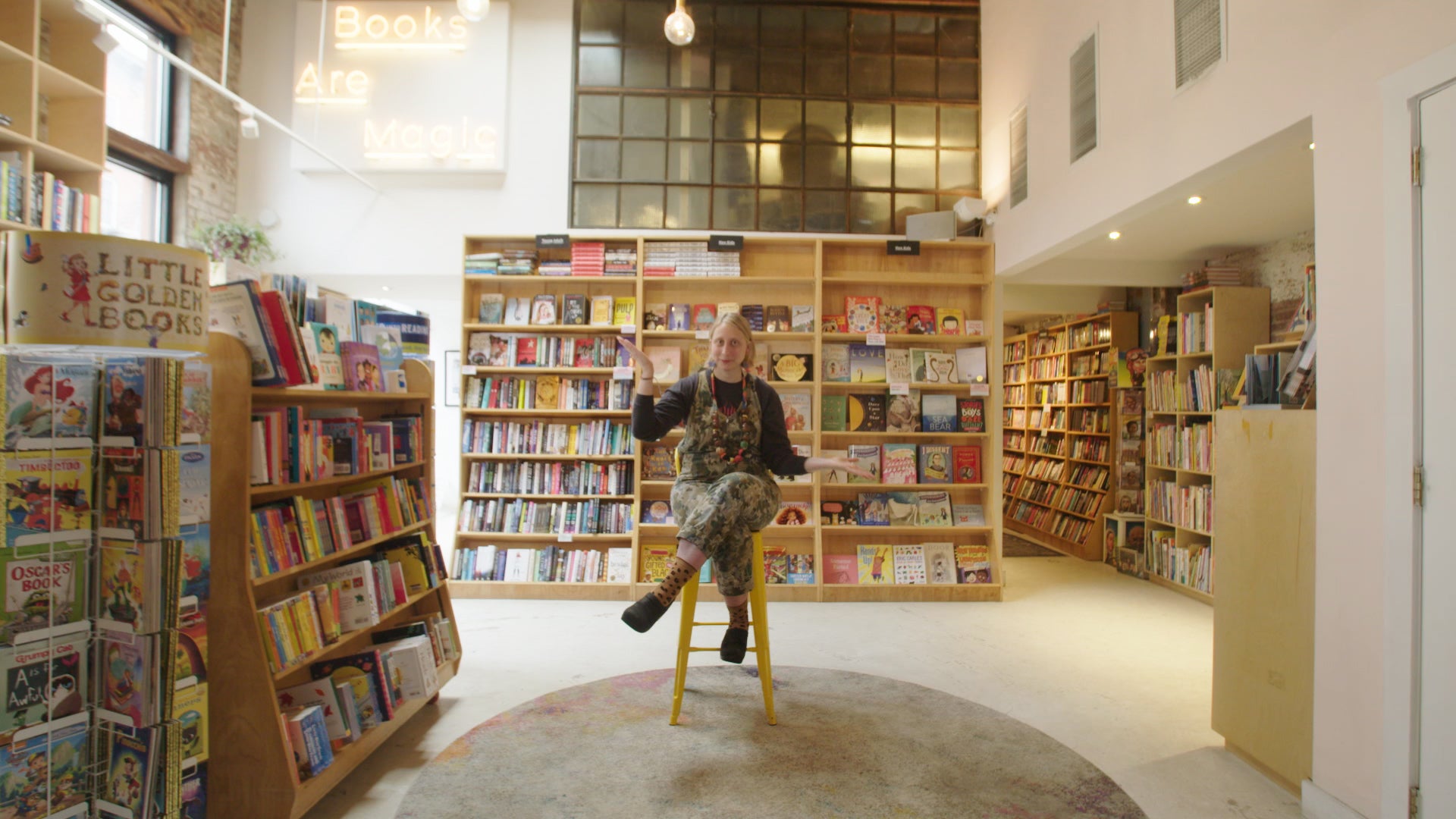 If your favourite author has a new book coming out, there are two easy things you can do to support it:

This isn’t about , recently explained on Twitter why she hopes people pre-order her book from an indie store.

A human bookseller will notice

When you pre-order a book at an independent store, an actual human who sells books for a living will notice. And that matters a lot.

When you preorder from one of those, an actual human sees the sale and thinks, "There's local interest in this book! I should look into it." Maybe they'll be inspired to devote some table space to it when it comes out, or even to read it themselves and make it a staff pick. /3

There are a lot of books published every year. Over 300,000, not counting the self-published ones. Booksellers have to judge which of those books anyone wants to buy, and stock those. They can’t just stock everything in a warehouse like Amazon does.

So if your favourite author isn’t already a huge deal”we’re talking Danielle Steele level”there’s a chance your local store won’t stock their new book, or will only stick one or two copies on the back shelves, instead of in a prime spot on the front table.

But if you”and your fellow fans”pre-order the book, the bookseller has some hard evidence that there’s a following, and that they should stock and help promote that book. They might even read the book so they can personally recommend it, or host an event for the author.

BUT WILL THEY STOCK IT? That's where your preorder makes a huge difference: It puts it on the bookseller's radar and makes them more likely to stock it! But even if they decide not to put it on shelves, they will order it just for you and let you know when it's in. /6

After the book comes out, it still helps a little to buy independent. But by then, there’s less room for the seller to respond, and new books are already taking up their time. The further ahead you order, the more you’re helping to promote the book.

â€œWe absolutely pay more attention to authors who do pre-order campaigns with us,â€ says Emma Straub, co-owner of Brooklyn bookstore Books Are Magic, over email. She says that booksellers â€œnotice and appreciateâ€ when a particular author is getting a lot of pre-orders. They not only pay attention to the book, but want to support the author back.

Pre-ordering on Amazon still helps, Bartz says. The publisher notices how many pre-orders its books are getting across every store and platform, and the more early interest they see, the more they invest in marketing that book. (Again, it’s about telling the book industry where to dedicate its limited resources.) But Amazon can stock pretty much everything, and it’s more likely than a local store to charge publishers for extra promotion. So it’s less likely to market a book more for free based on pre-orders.

The New York Times will notice

The New York Times bestseller lists are some of the best publicity a book can get. Avid readers, critics, and booksellers all pay attention to those lists. They always include a few celebrity biographies and the latest airport books by James Patterson or John Grisham. But depending on that week’s competition, a good debut novel, memoir, or other non-celebrity book can break through. And there’s a trick to landing on that list.

The Times list is not just a list of the books that sold the most copies. The Times polls a secret list of bookstores and wholesalers, and tweaks its list according to a famously secret algorithm. One tweak is to weight independent bookstores more heavily. (The stated goal is to keep authors and publishers from gaming the system with bulk orders and other tricks. Some writers accuse the Times of a political bias.)

So if you order from an independent store, you have a higher chance of helping it get onto the bestseller list.

Of course, if you buy a book on Amazon, you might help it get on Amazon’s list. But that’s seen as a less dramatic way to increase sales. Plus the list goes a long way down, so there’s not a dramatic cutoff point that a book needs to beat. As of 2016, a book marketing consultant lengthily described how to get on the Times and Wall Street Journal lists, but didn’t mention Amazon’s list. (To support a book’s Amazon sales, leave a review on the site.)

If you know and love a specific bookstore in your area, you can pre-order at the register. They’ll call or email you when the book comes in. That means you’re guaranteed to get a copy on day one.

â€œAll bookstores do pre-orders!â€ says Straub. â€œWe have lots of customers who order books from us because they know they’ll be signed and personalised for them at an event, and then we ship them out the next day.â€

If you’re too busy to order in person, you can often buy on the store’s website, and even have them ship the book to your home. It’s just like ordering anything over the internet.

If your local store doesn’t have online ordering, or you don’t have a particular store in mind, you can also order from IndieBound, a site for independent stores that can distribute some of your payment to its members. This helps keep the bookselling market bigger than one big superstore”which helps authors and publishers in the long run, and helps people who like to buy their books in person.

You can even order from a store far away, Straub points out, such as a store you visited on a trip. â€œLove romance? Make The Ripped Bodice your local, even if you live in Des Moines! If you love the idea of a tree inside a bookstore, order from Skylight! If you like pink and neon, order from us!â€

And finally, you can order ebooks and audiobooks through independent stores as well. Check your local store’s site, or order through Kobo or Libro.fm. After signup, the process isn’t too different from Amazon’s.

Bartz wrote her Twitter thread, she tells me over email, because friends and family kept asking what the most helpful way to buy her book was”and asking things like â€œIs Amazon an indie?â€ She realised that things that seemed obvious to her weren’t obvious to all book buyers. And she says she’s also thankful to anyone who buys her books on Amazon or Barnes & Noble, or borrows them from the library.

Of course, Bartz’s viral thread also got more attention to her own upcoming book, The Herd, which is set at â€œan exclusive New York women’s workspace.â€ (So, the Wing.) It’s exactly the kind of interesting book that benefits from early buzz.

Sometimes buying from an indie will cost you more than on Amazon. It’s OK if you need to buy on Amazon to save money. But many indies have membership programs and discounts. And supporting those stores keeps the book industry healthier. Indies are big supporters of small books, new voices, and local talent that can’t compete with the Grishams and Pattersons. Indies host all kinds of community events that have value way beyond what the Amazon warehouse can offer. By buying through indies, you make books better.