The Best Advice I Learned From My First Powerlifting Meet 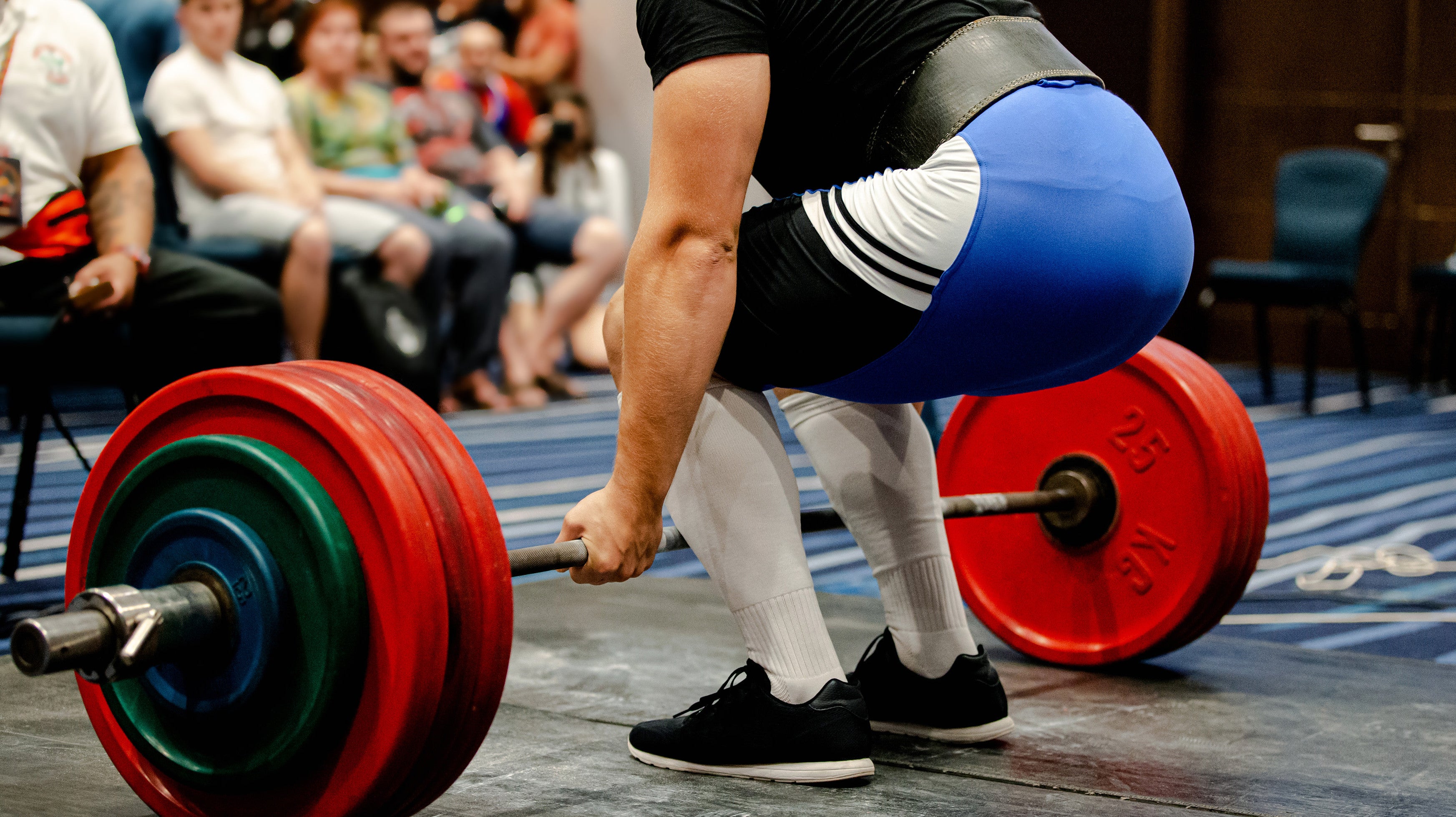 I’ve been lifting for a long time, but only really got serious about my squat, bench, and deadlift a little over a year ago. Last week I finally did a powerlifting meet. I had a great time, learned a lot, and put a lot of the beginner advice I’d been given to the test.

Powerlifting is the sport in which you do a squat, a bench press, and a deadlift. At a meet, you get three attempts at each, and the highest weight you lift on each one is added together to make a total. Because you can train these lifts at a normal gym (unlike olympic style weightlifting), it’s a fairly popular sport these days, and I know probably a bunch of you are wondering if you should do a powerlifting meet someday. Based on my own beginner experience, here are the best bits of advice I’d like to pass on.

The standard advice is not to wait too long before you sign up for a meet. You’ll have fun, and nobody will judge you for being new. If you lift lighter weights and place last in your class…so what? You’ll still have had the experience of challenging yourself.

I was on board with that advice but I didn’t feel ready to sign up until I had made some friends who were also into powerlifting, who could answer my dumb questions and help me know what to expect. I also learned about the different federations: USAPL is one of the best known in the U.S., but they have a controversial policy banning trans lifters and have attempted to silence protests about that ban. I decided I don’t want to give them my money, so instead I went with the other big U.S. federation, USPA.

Once I made that decision, I just went through the calendar on uspa.net and picked a meet based on date and location. (One thing I didn’t realise at the time: some USPA meets are drug tested and some are not. If you want to set drug-tested records or qualify for other drug-tested events, you can’t do that at untested meets.)

Train with the competition in mind

You don’t need a specific training plan; you can just show up and do your thing. But if you’re a person who likes to do a million different things in the gym (hi) signing up for a meet can give you a focus. I don’t have an in-person coach, but I use an online coaching service that gives me workouts and answers questions. As the meet approached, all the fun accessory lifts disappeared from my programming and I just got to do lots and lots and lots of squat, bench, and deadlift. In the final weeks, I was benching, and I promise this is not a typo, six times a week.

When I’m training, I think about those competition lifts. You have to follow certain rules for each lift, and there are commands from the judge: for example, at the end of each lift, you have to wait for a “down” or a “rack” command before you are finished. At the meet I saw more than one person do a perfect bench press and then rack the bar before they got that “rack” command. That’s a no lift.

So every time I squat in training, I squat to a legal depth (hip crease below the top of the knee, otherwise it doesn’t count). Every time I do my competition style bench, I bring the bar to my chest and pause it there for a second (waiting for an imaginary judge to give me a “press” command) before pushing up. At the end of every deadlift set, I stand up straight with the bar in my hands for a second before putting it down. Sometimes my program will call for something else (like touch-and-go bench) as an accessory, but I’m trying to make the competition-legal version of the lift my mental default.

It turns out that the days leading up to a lifting meet are mentally difficult in much the same way as a marathon taper. You’ve done all this training, and now that the hay is in the barn, an unhelpful little part of your brain starts looking for reasons to panic.

Look ahead in your training plan. The last week tends to be light: just one or two workouts, and you probably won’t lift anything heavier than your planned opener. It’s important to follow the plan, and not get excited and lift too much or throw in extra workouts.

That means the week before the last week—so the second-to-last week—is your last chance to freak out. It’s also the time you should be figuring out what your opening attempts will be, so that when the final week comes, you lift your openers and rest.

During these last few weeks, make all your plans. If you’ll be travelling, make a packing list. Decide what time you’ll head over to weigh-ins (this may be the morning of the meet, or the previous day). Decide on some normal food, that you normally eat, that you’ll eat for breakfast and/or bring with you.

There is a lot of advice out there for choosing opening attempts, but especially when it’s aimed at beginners, the advice boils down to don’t miss your damn opener. A few ways I’ve seen this phrased:

At my meet, I saw somebody in my flight just absolutely crush her squats. She was so strong, and her squats were so good, and then…she missed her opener on bench. You can’t lower your attempts, so she tried the same weight for her second attempt, and then her third, and didn’t get it any of those times. After that, she was done. Didn’t even show up for the deadlift portion. The lesson: pick an opener you know you can do.

This isn’t part of the standard advice, but I’d like to add it: warmups give you a chance to test out your opener. You can do as many lifts as you’d like in the warmup area, at any weight you want, although you’d be smart to not tire yourself out. Your last warmup should feel smooth and easy, and then you’ll know that you’re ready for your opener. If you want to be very, very sure of your opener, you could even lift it in the warmup area before you go out and lift it on the platform.

Know the order and be prepared to wait

Between lifts, there will be a lot of waiting around. Both USPA and USAPL split lifters into flights, and flights into rounds. I learned a week or so before the meet that I would be in flight A.

The way it works is this:

After all the flights have done squats, this process repeats for the bench press and then the deadlift.

Within each flight, attempts are ordered from lightest to heaviest. That means that if you’re lifting a light weight—very possible if you’re new and it’s your first meet—you might have to go first. The meet organisers will probably post a list showing who is going in what order, or if they don’t, you can visit the judges’ table and ask. I was second on squats, fifth on bench, fourth on deadlifts. But no matter where you are in the list, pay attention to whose name they are calling and be ready to go.

In between lifts, you may have to wait for an hour or two. I brought sweatpants so I wouldn’t be sitting around too cold, crosswords to pass the time, and snacks to fuel myself because the meet goes on all day. After deadlifts, I even stuck around for the awards ceremony, because I ended up being the only person in my weight class. I came in first and last.