How To Prepare For A Big Race Without Losing Your Mind 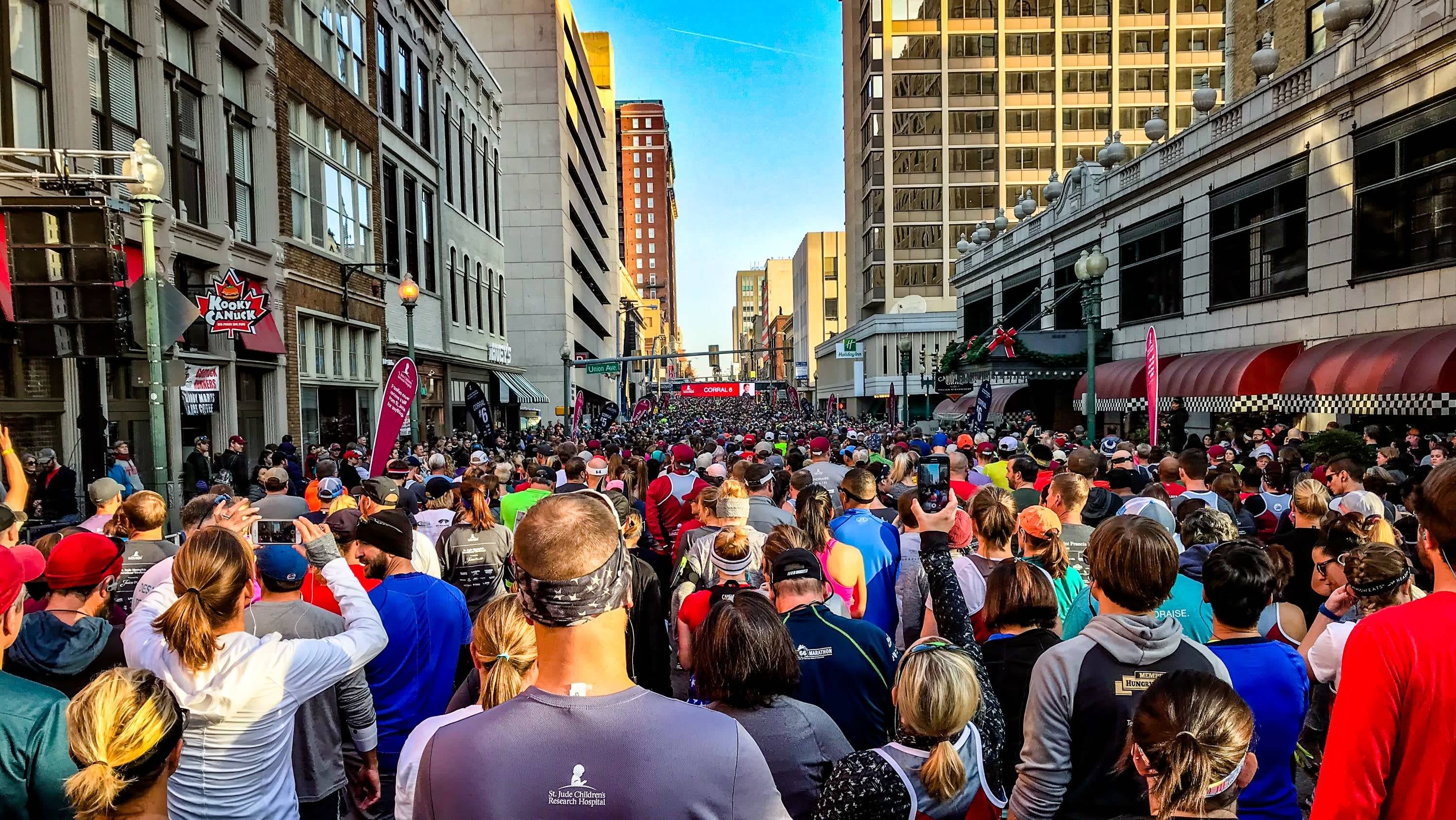 The last few weeks before a marathon are a special kind of hell. For months, your top priority has been training consistently. Now, all of a sudden, your runs are getting shorter. Some of them drop off your calendar altogether. It’s new territory, both mentally and physically, and it’s totally normal to kind of freak out.

This period of time is called the taper, and it’s a standard part of any marathon, half-marathon, or triathlon training. (Other sports have their own version of this; weightlifters may talk about their “deload.”) All you really have to do is stick to the plan and wait for race day, but that’s easier said than done.

Every workout has two major consequences: you get stronger, but you also damage your body (slightly) and have to take time to recover. Both take time—on the order of days to weeks. When you’re in the middle of your training, that’s fine: you won’t see the gains from today’s workout for another couple of weeks, but today you’re seeing last month’s hard work pay off.

As race day approaches, though, you want to tie up the loose ends. You want to recover from the workouts you’ve already done, without adding any extra stress. There’s no point to doing any more tough workouts if you won’t see the gains from them until after race day. So three weeks before a marathon, your training is effectively done. (Or to use an old coaches’ saying: the hay is in the barn.)

During those last few weeks, you’ll run less. Not zero, because you’d really freak out, but instead of 32km long runs on the weekends you might do 12 and then 8 and then 4. It’s ok to keep up the same intensity as before, but you’re aiming to do a lot less of it.

Expect your thoughts to go everywhere, but stay positive

The goal is to arrive at race day with fresh legs, energised and excited, sports psychologist Andy Lane tells Lifehacker. I interviewed him while I was tapering for my own race, and I was like…excited? What’s that? I was second-guessing every detail of my race plan, regretting all the workouts I skipped, and reading way too much into every number on my running app.

It helps to understand why your thoughts go haywire. Say you go for an easy run, Lane says, and it feels hard. Well, workouts are hard sometimes! Even when the taper is in full swing, you’ll be recovered and able to run well, but that doesn’t mean it will always feel great. You just have to trust the plan and stick to it.

Rather than stewing in your regrets and disappointments, write them down or discuss them with friends. In a Facebook running group he’s in, “People will start off, ‘I got a cold this week. I don’t think I’m going to make it.’ … and then within about ten minutes, 400 other people will say ‘I’ve got a cold too.’” It helps to see that other people have similar doubts, but odds are that most of them will start and finish the race just fine. You don’t even have to post online, just read what other runners are saying.

While you’re sticking to your training plan, don’t forget mental preparation. Take your mind out of the present and work on your race day checklist: when will you wake up? What will you eat? What will you wear? Three weeks out is not too soon to start writing up your checklist and getting supplies in order. (By the beginning of my taper I already had two granolar bars and an extra package of my favourite coffee in a paper bag in my kitchen labelled “BETH’S RACE DAY FOOD, DO NOT EAT”)

And think about the 30 minutes before the start. Lane advises figuring out how you’d like to prepare and warm up: maybe you jog around the block, or you stretch, or do some exercises or meditation. Start tacking that warmup onto your easy runs, now that those runs have gotten shorter. Then on race day, you’ll be able to do your familiar routine.

Mentally plan the race route, too. Sure, you can just follow the butts in front of you, but it helps to know where certain landmarks are, which are the tougher parts of the course and which are the most fun. Lane suggests searching Youtube for race course preview videos. If nothing else, try doing some of your easy runs in new places: “Running in new places is a skill worth getting comfortable with.”

Set a range of goal times

It’s easy to get attached to a particular time on the clock. I felt tempted by the possibility of a two hour half-marathon, for example. And if it were perfect weather, and if I did everything exactly right, and if I had maybe trained a little bit more, perhaps it could have happened. But on Lane’s advice, I went in to the race with a range in mind: anything under 2:11:00 would be a PR, and anywhere between 2:00:00 and 2:10:00 I would be thrilled.

Because the truth is, your finish time depends on a lot of things that aren’t under your control. Even the things you can control, you can’t always predict. (Lane also points out that the slower you are, the bigger the range of possibilities. Elite runners can predict their time to within a minute or two; you or I might have a half-hour question mark.) In the end, you kind of have to just run by feel.

Have a special restaurant order

The day before the race can be chaotic, especially if you’re travelling. A lot of runners like to have a pre-race dinner at a restaurant, so Lane suggests that you think of a meal you can order just about anywhere, and have it be the same. (Fish and a baked potato, he suggests.) That way you’re not taking a chance on a new dish that might not agree with you, but you can still have the fun of going out.

While you should stick to your plan, nothing in life is ever totally predictable. Expect something to go wrong, and prepare to roll with it. I wanted to start the race with a 2:05 pace group, but I couldn’t find them—so I lined up just behind the 2:00 group and ran by feel. (I finished in 2:08:28 and felt great about it, thanks in part to setting a goal range rather than a goal time.) As race day approaches, Lane says, think about why you wanted to run the race in the first place. You were excited when you signed up for it, so channel those feelings now and get excited for race day.