How To Get Started In Microsoft’s New Office App Beta

Microsoft’s new Office app for iOS and Android, currently in beta, is supposed to be a “one-stop shop” alternative to the mobile Word suite. It combines Office’s three most popular programs—Word, Excel, and Powerpoint—and throws in a bevy of mobile-minded features, like the ability to scan text and tables off paper documents using your phone’s camera. (You can even use Office to take notes, too.)

The core experience of using Word, PowerPoint, and Excel is pretty much identical in Office relative to the current office apps.

The Office app adds a number of extra features to solve various common “Office” problems that we’d normally address using another app or service. For example, when you press the big “+” sign to start a new document, you’re asked if you want to write a note, which pulls up an Apple Notes-style interface; take a photo; or start a new Office document. The app’s home screen is a feed of all the Office files you’ve worked on, so when you start using it for notes and photos, in addition to documents, it takes on the Evernote-like feel of a digital journal.

So a note, a photo, and a Word Doc walk into a bar… (Screenshot: Mike Epstein)

There are also a number of small, but useful tools related to processing documents, bringing them into the Office app, and shipping them out.

For example, Office can take pictures of text or Excel-style tables and transpose the information into documents for you. In the actions tab, you can turn any kind of file into a PDF. You can also use Office to add a digital signature to documents.

These tools aren’t necessarily everyday game-changers, but just like bringing the Office apps together, it’s easy to see how these pieces all fit together and why it makes sense that you’d want them all in one place.

So while Microsoft is technically combining three apps into one with its new Office app, the goal is to have you use this app as the single source for whenever you need to write, process, or keep track of day-to-day.

You don’t have to use it that way, of course—I’m not sure that I want the random lists of pitch ideas and receipts I keep in Notes and Evernote interspersed with my drafts—but I can see how it could be useful to keep everything in one place, and the Office app does a good job making all that information easy to sort through.

Office isn’t quite feature-complete, though 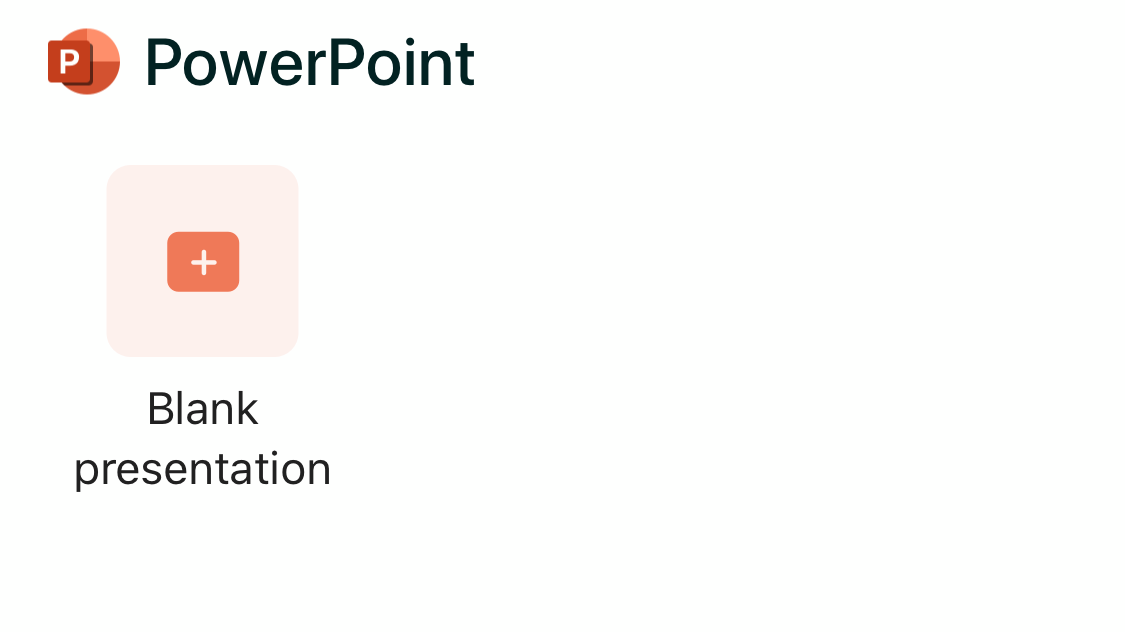 According to Microsoft, the Office App will let you do anything and everything you can in the individual Office apps, but this is not the case at the moment.

The beta version of Office is missing a few features, such as the ability to create a new document, presentation, or spreadsheet based off of Office’s many templates. To be clear, you can create new documents, spreadsheets, and presentations, but you have to start with a blank page. As someone who primarily uses Office to write stories like this one in Word, that’s totally fine by me, but you may want to keep your individual Office program apps for now until Office’s beta adds a bit more.

Those apps will continue to exist and receive support after the Office app is complete, too. If you only use one of the three and don’t need its new logistical support features, it is quicker to jump into a new doc and start working from the Word, Excel, or Powerpoint apps, if only by a couple taps and a few seconds.

How to Get In

The Microsoft Office app is in public beta for the time being. Android users can join the beta’s Google Group to get access. Microsoft also has a TestFlight beta for iOS users, but it’s already full for now. You can check back occasionally, though, in case the program expands.