Get Ready For Windows 10’s Next Big Update

Microsoft is readying the public release of its next major Windows 10 update, version 1909. These major releases show up twice a year, first in spring then again in the fall, and tend to include a number of new features, updates and patches. However, they can also come with some major bugs and annoyances, so it’s worth taking some time to prep your PC before you plunge into Windows 10 version 1909.

First, let’s talk features. Windows 10 version 1909 will add lots of new calendar and notification shortcuts, plus a number of security tune-ups for various Windows 10 apps. This Windows 10 update is much smaller in scope than previous Windows updates of its kind, so it’s also possible that it will be free of any major bugs.

Still, if the last several updates are any indication, then we should expect something to go wrong. Here are couple precautionary steps you should take to prepare your PC for Windows 10 Version 1909 — and any Windows 10 update, really. 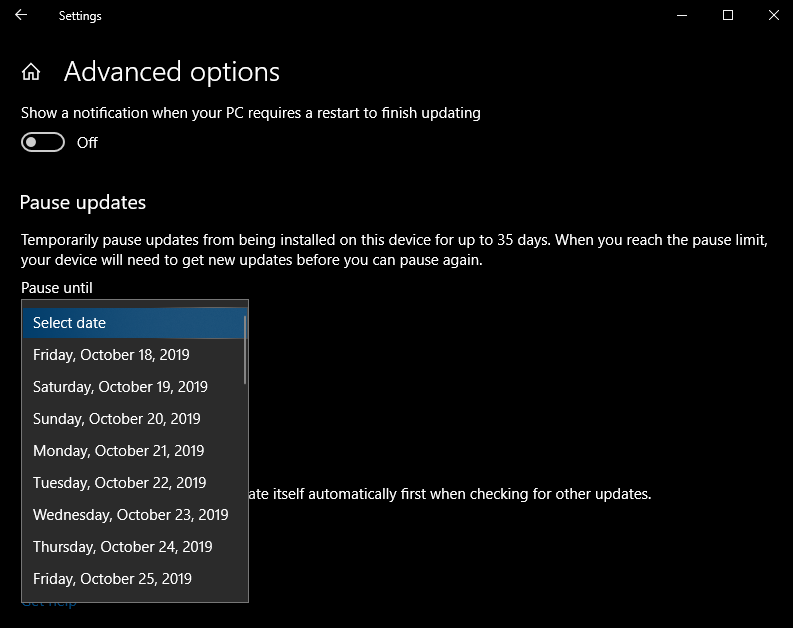 That’s right — the first thing you should do to prepare for any Windows 10 update is to delay automatic updates in Windows. Doing so will keep you safe from any zero-day bugs or unforeseen stability issues that may be discovered by everyone else who took an early plunge.

You’ll be able to wait and see if the update is safe to install; if it’s not, hold off until patches have been distributed. The last section of our guide on uninstalling Windows updates will show you exactly how to do this.

While changing this setting will technically sent more of your usage data to Microsoft, it’ll be helpful in those first few days after updating to a new Windows 10 build. If any bugs or stability errors are present, having as much diagnostics data as possible to send to Microsoft will help them fix said bugs much quicker. You’ll find this by going to Settings > Privacy > Feedback and Diagnostic, then changing the setting to “Full.” (Note: this feature is disabled for Windows Insiders.)

Back up your files

Whether you manually copy your files or use the built-in Windows 10 tools, always back up your files to an external hard drive or a cloud drive service like Onedrive, Google Drive, or Dropbox before installing a major update. It’ll be a lot easier to restore your most recent data later if something goes wrong. Speaking of which…

What to do if a Windows update borks your PC