We are scratching our collective heads as to how the Windows 10 October Update ever made it past Microsoft’s QA teams. According to numerous reports, something about the update could delete the contents of your Windows 10 user folders — you know, your documents, photos, music, videos and so on.

As I mentioned in another post, the upgrade wiped %userprofile%documents and pictures, which were not used as the default folders (i.e. as part of the “My documents”, “My pictures” libraries). My default folders have been and are still within OneDrive and weren’t touched by the upgrade. Only the folders within %userprofile% were deleted, even though they were not empty.

Wild speculation ahead: Maybe the bug isn’t that Setup mistakenly deletes stuff, but that it does not migrate certain folders thinking they aren’t in use anymore? I’m not familiar with the internals of the upgrade process, but I could imagine that Setup first copies the old stuff to “Windows.old”, then removes the old installation (thus deleting all files), performs a clean install of the OS and finally restores user data from “Windows.old”. This would explain why I cannot find my files in “Windows.old” – due to some unknown condition being met, Setup did not copy them in the first place and thus wasn’t able to restore anything later on.

I lost my D:Document folder. It is not configured as a documents library and it’s not even in system drive! I do not have backup for this because I think the system upgrade should never ever touch non-system drive.

Regardless of why these deletions are happening — and Microsoft is “actively investigating” the issue — here’s how you can steer clear of this big Windows mess.

Back Up Your System Before Major Updates

I’m lazy. When a big system update arrives, I’m always eager to punch the “Check for updates” link and let all those sweet new features and fixes flow down to my desktop from Redmond (or wherever). The Windows 10 October Update is a great reminder to me, and to all, that we should be backing up our systems before installing any major updates.

If you can make a full clone of your primary hard drive, great! You’ll be able to revert back to your previous version of the OS should anything go horrible wrong with the update. Otherwise, you should at least regularly back up your critical files.

Programs and apps can be reinstalled, but any of the major folders within C:Users[your name] such as Documents, Pictures, Videos, Desktop and so on should also live elsewhere. Maybe two elsewheres.

Make a reminder to copy them to a cloud storage service every week. Regularly back them up with an app such as Backblaze. Create a duplicate archive of your huge photo gallery on an external drive or a network-attached storage device. No matter how you do it, there’s no reason why files you can’t fathom losing should only live in one place. No no no.

Lifehacker Pack For Windows: Our List Of The Essential Windows Apps (2018)

How To Restore Files Windows 10 Deleted

If you just installed the Windows 10 October update and found that it nuked some (or all) of your critical user folders — and you didn’t back them up elsewhere — stop what you’re doing right now. Don’t do anything else.

Go download the free version of Recuva. Install it, run a scan on your Windows drive, and you might be able to save your data. No promises, but it’s the best option you have right now. 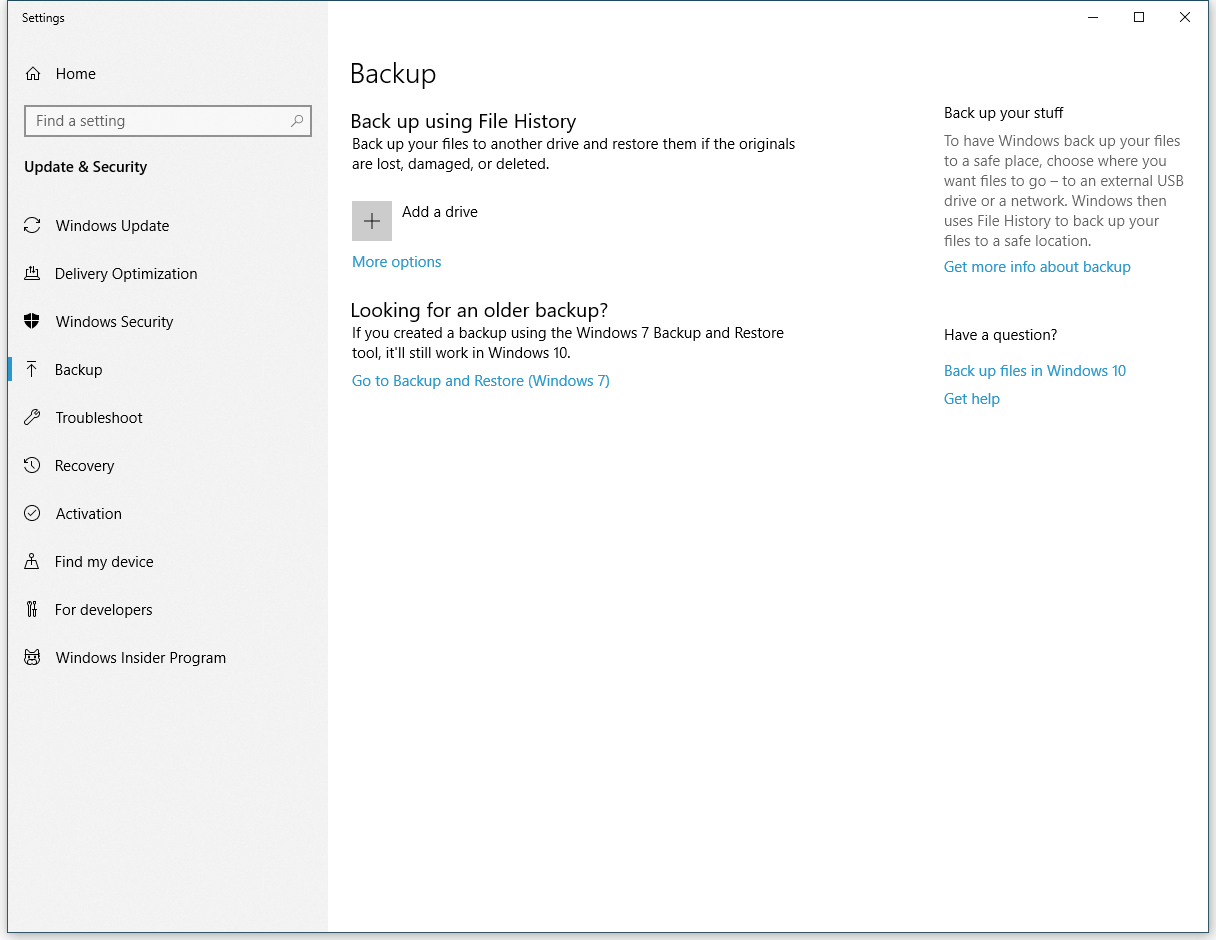 You might also luck out if you previously turned on Windows’ built-in File History tool, which allows you to recover older copies of files and folders. You can turn File History on via the Settings app > Update & Security > Backup. To restore a folder that File History previously saved, navigate to its parent folder in File Explorer, right-click on it, select Properties, and click on the “Previous Versions” tab.