Make A Fancy Fruit Paste Out Of Mushy Brown Pears 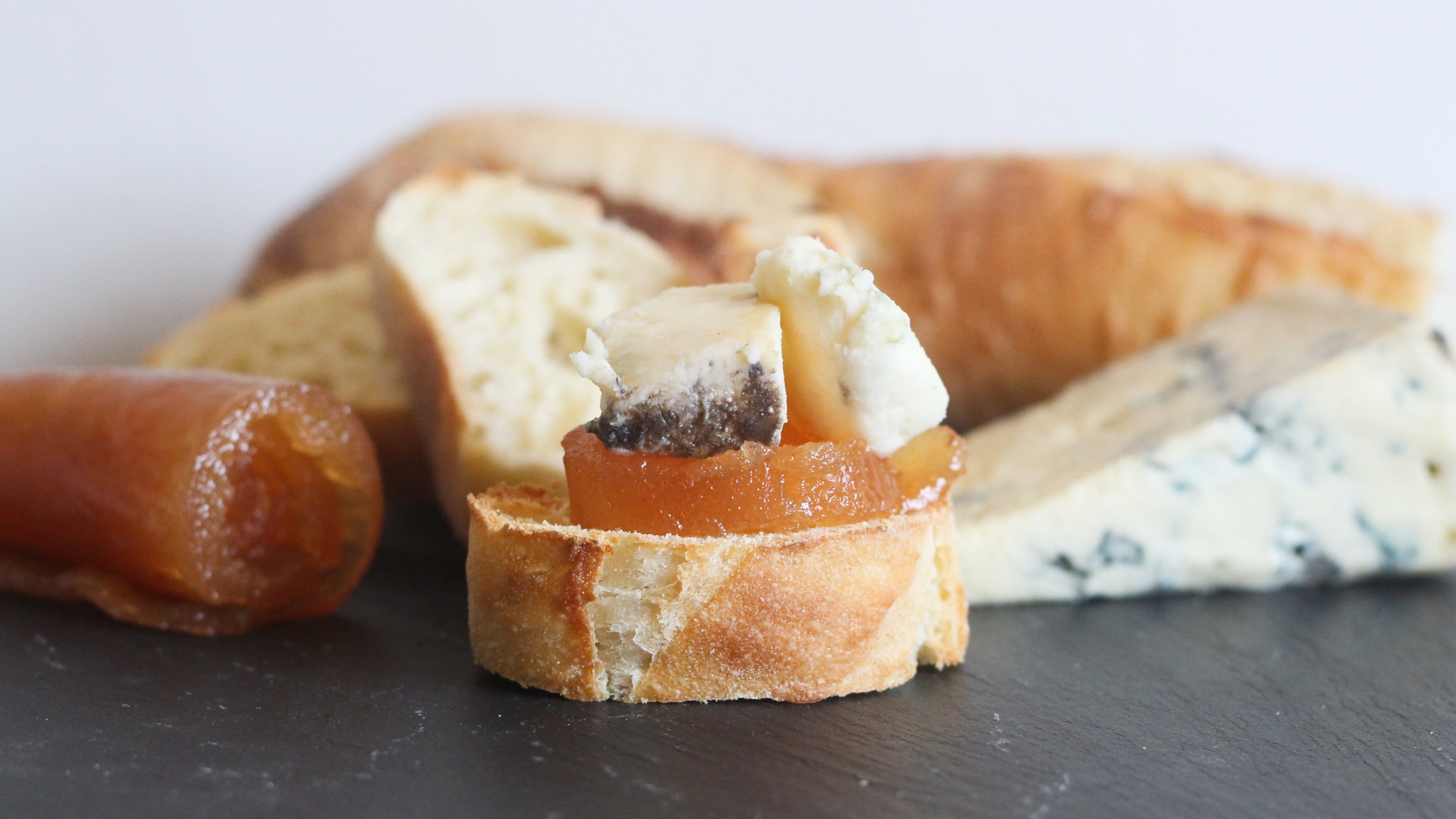 Having a garden seems nice, but the thought of having to deal with the sudden appearance of 74 tomatoes activates my anxiety in a real way. This is why being friends with gardeners, and taking a modest eight tomatoes, a single pound of blackberries, or four pears from their gardens works well for me. (And even then, it sometimes does not work that well, because I am bad at time/fruit management.)

When Gianna invited me over to do just that, I was thrilled. (Gianna has really good hair, a house, and a PhD — she is arguably my most adult friend, and she always feeds me.) I was going to collect a reasonable amount of fresh produce, and then eat it or preserve it in a timely fashion. I made it through the tomatoes and blackberries without a problem, but I held off on the pears, as they just weren’t quite ripe yet. Then I went to Los Angeles for a week to shoot some video.

When I came back, the pears were very sad. They were mushy, squishy, and mottled with brown spots. But they weren’t mouldy, which meant I could do something with them. That something, it turned out, was making pear paste, which is similar to quince paste — also known as membrillo — a thick, bouncy and sticky fruit substance that is an absolute banger when paired with sharp and funky cheeses.

When I was a child, I would eat slices of sharp cheddar cheese rolled up inside the “healthy” off-brand fruit roll-ups my mum would buy. This was met with disapproval and scorn, so I felt vindicated when I later discovered fruit pastes on cheese boards. Not only is it a delicious combination, but it proved that I had always had an intuitive palate that was far more developed than my peers’. (If you only take away one thing from this blog, let that be it.)

Anyway. Pear paste is easy to make, and you can make it with truly sorrowful pears, as long as they are mould-free. You are essentially making a giant, sticky, sweet and tangy bougie fruit roll-up.

Just peel the pears, puree them, and simmer them with lemon juice, sugar, and some pectin. I based my method off of this recipe, except I skip the part where they have you poach the pears, as these pears were so soft, I could have pureed them by squeezing them in my weird, chubby, childlike hands (but I didn’t). To make your own pear paste, you will need:

Peel the pears. If they are super mushy, this might be hard to do with a y-peeler, but do your best. Remove the core from the pears. I was able to pry the cores out with my fingertips, so mushy were these pears. Chuck the mushy pears into a blender and whirr them into a puree.

Pour that puree into a measuring cup and note the volume. Pour the puree into a small sauce pan. For every cup of puree, add 2 tablespoons of lemon juice and 3/4 cup of sugar. Bring that to a boil.

Once the mixture is boiling, reduce to a simmer and stir in the pectin. Cook, stirring frequently, until the mixture darkens in colour and you can create a path that does not fill for a few seconds by dragging wooden spoon through it.

Pour the hot, sticky mixture onto a baking sheet lined with parchment, and smooth it out to the best of your ability. Aim for a thickness of about 1/4 inch. Let that set overnight, then cut the paste into strips. I like to roll those strips up, then slice off pretty little pear spirals. Pair the pears with sharp and pungent cheeses.

Pear paste will keep in the fridge for several months.