Chill Your Beverages Perfectly With This Calculator 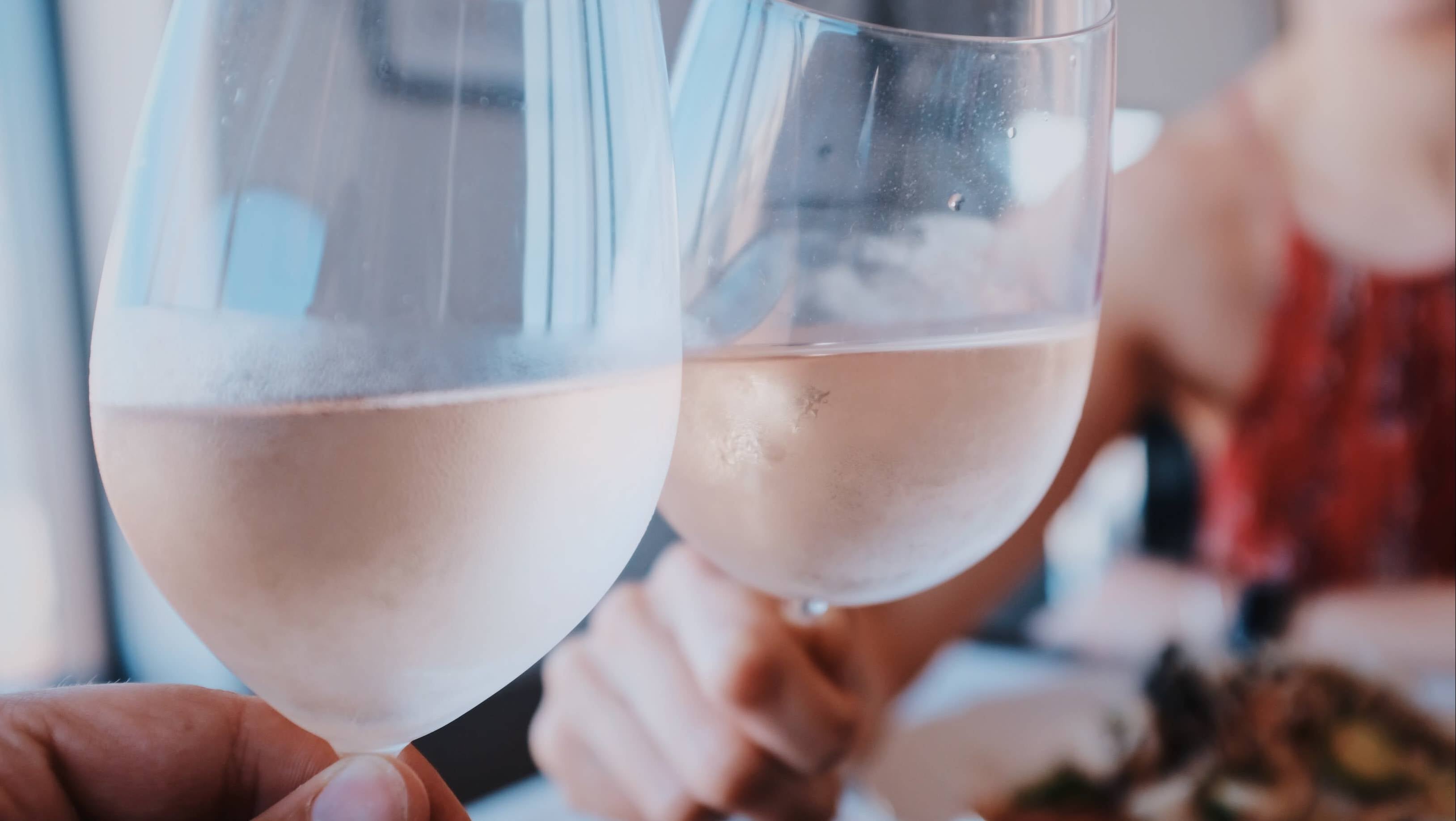 I will never forget the time I asked for ice at a Patisserie Valerie. It was a particularly hot day in Oxford, and I had grabbed a Coke from something that looked like a fridge, only to discover it was quite tepid. The woman working at the cafe went to the little freezer, took out a cold pack (like the kind you’d find in a lunch box), and reached for the scissors.

I said nothing. I had never seen the inside of a cold pack before, and I wanted to see if the woman would follow through with her plan, and squeeze the gel into my glass. Tragically, her manager stopped her, found two sad ice cubes, and plunked them in a glass, where they were melted by the lukewarm soft drink in a matter of minutes.

I tell you this story to illustrate the perils of improperly chilled beverages, so that you might better appreciate this Chilled Drink Calculator, which was developed by physicist Álvaro Díez and drink expert Tibor Pal.

Using science and maths (an area of study sometime referred as “physics”), the two created an easy-to-use calculator that predicts the amount of time you need to chill a liquid, based on that liquid’s optimum temperature, your chilling method, the liquid’s current environment, and the volume you wish to chill.

For example: If you wanted to enjoy a bottle of red wine that has been sitting out on a hot day (around 30 degrees Celsius), it would need to hang out in the freezer for 54 minutes to reach 16 degrees Celsius, which — according to the supplemental sidebar provided by Díez and Pal — is the ideal serving temperature for most red wine. 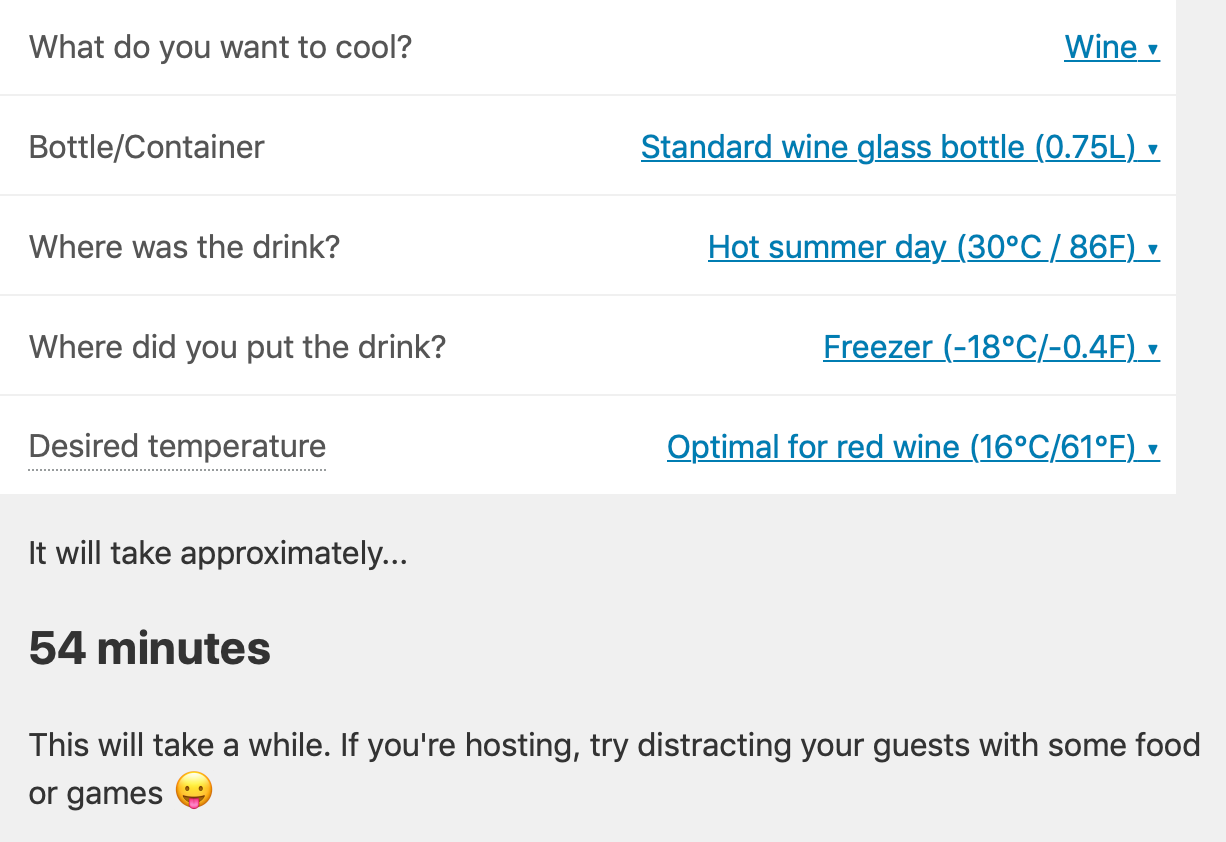 Díez and Pal also provide chilling hacks, such as the classic “wet paper towel around the bottle” and a salty ice bath, which is a nice touch.

The calculator is most useful for beverages you wouldn’t want to add ice to — like beer and wine — but it’s still fun to play around with other drinks, like juice and fizzy drink. As someone who likes to enjoy Diet Coke straight from the can, it’s nice to know that I can take my drink from unpleasantly warm to perfectly frosty in a mere 16 minutes.