There are so many movies on Netflix that your typical Friday night is probably spent trying to find something to watch, as opposed to actually watching something. The streaming service has a huge, rotating selection of movies both old and new. It is hard to navigate through Netflix’s massive library of movies and unfortunately, Netflix hasn’t come up with an innovative way to make your search easier. Here are the 17 best movies on Netflix you’ve probably never heard of.

Note: If you’re using the Australian version of Netflix some of these titles unfortunately won’t be available. To get the US version in Australia, you’ll need to sign up to a VPN. Not sure which service to join? Here are three viable and affordable options. 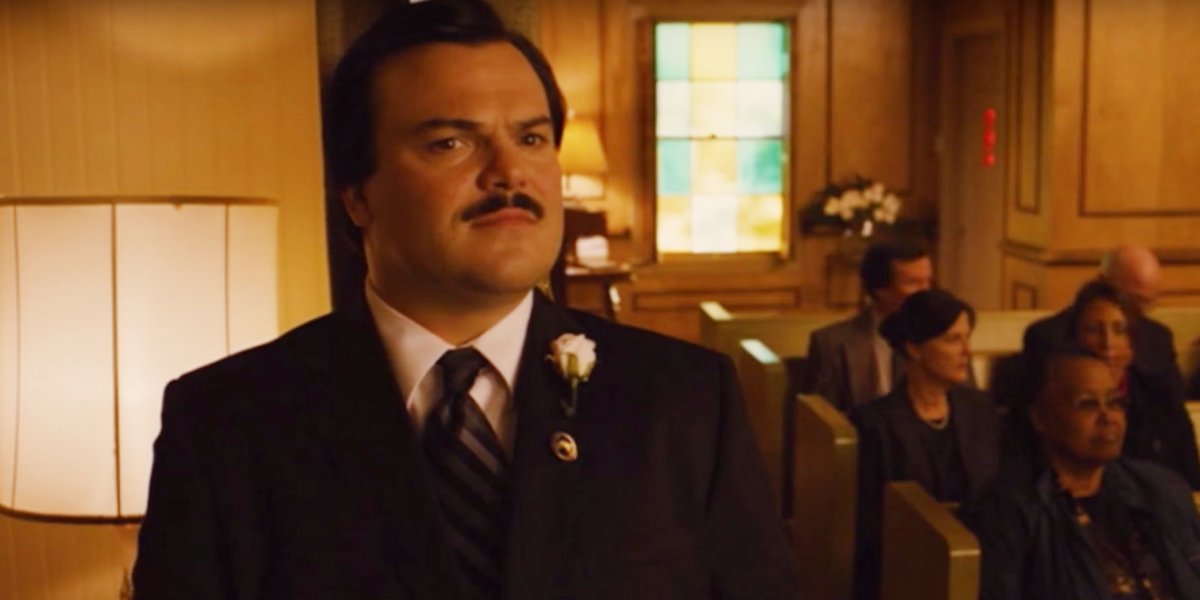 What it’s about: Based on a true story that shows that truth is stranger than fiction, a mortician (Jack Black) is accused of murder.

Why you should see it: Bernie is hard to describe in a short sentence, which is part of what makes it so brilliant.

This is a dark comedy that is also a crime drama and a mockumentary in which actors act alongside real people. Meanwhile, Jack Black gives the best performance of his career, one that could’ve been Oscar worthy if awards opened their hearts up to comedy. It is also one of the best movies Richard Linklater has ever directed, and he also did ‘Dazed & Confused’ and ‘Boyhood.’ Synopsis: After her codependent best friend (Mickey Sumner) starts to go her own way, aspiring dancer Frances (Greta Gerwig) couch surfs her way through New York City, trying to figure out how to navigate adult life.

Why You Should See It: Director Noah Baumbach (‘The Squid and the Whale,’ ‘Greenberg’) became much more energetic once Gerwig joined him as a collaborator. ‘Frances Ha’ proves just that. This is a bright, funny, and earnest take on a topic that could have easily been cliché and saccharine. The film seems to be speaking to a very specific audience (people in their 20s who live in Brooklyn), but it is a lot more universal than it seems. After all, who hasn’t had to run to an ATM in the middle of dinner to get cash? Anyone? 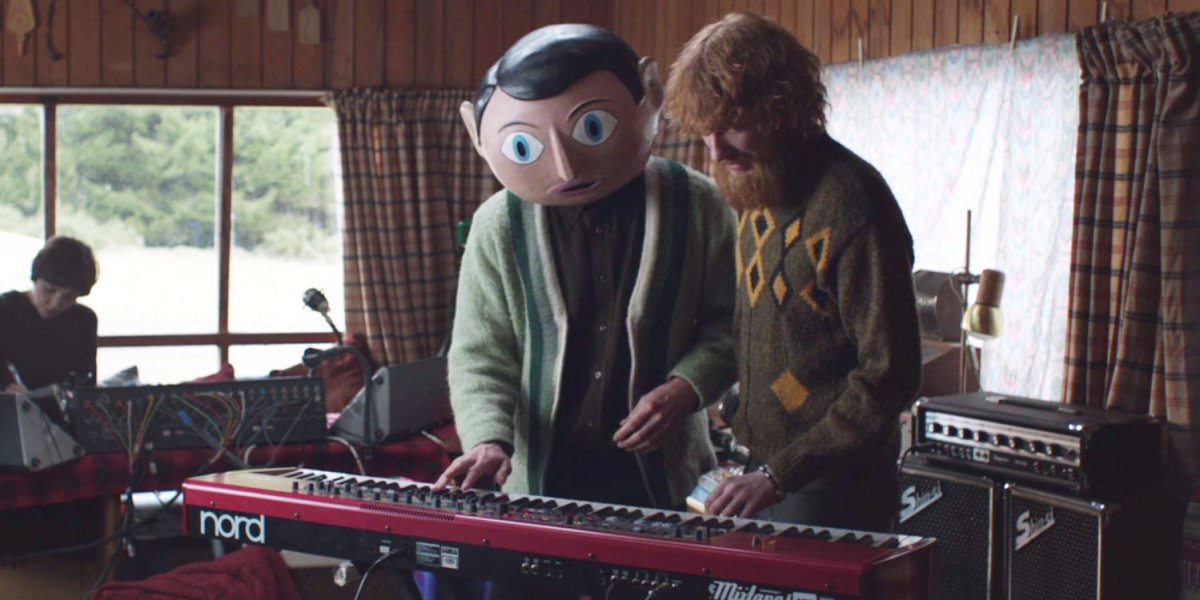 Why You Should See It: As Frank, Fassbender is so good that it sometimes feels as if his mask has emotions; you can feel him frowning through it. The film itself is a unique look at genius and ambition. Synopsis: In this Danish thriller, a teacher (Mads Mikkelsen) watches his friends, family, and community turn against him after a vicious lie spreads.

Why You Should See It: I will not call ‘The Hunt’ a pleasant film. In fact, I have had trouble revisiting it since I first saw it. Yet this does not mean you shouldn’t see it. The ‘Hannibal’ star gives a quiet yet electrifying performance. The film itself is one of the greatest thrillers I have ever seen, leaving you breathless. It is the kind of film that asks a lot of tough questions about human nature and about how quickly we react to lies. There are no heroes in ‘The Hunt,’ just hunters and the hunted. What it’s about: Jiro Ono is the world’s greatest sushi chef. The documentary explores his life and his restaurant, which is located inside a Tokyo subway station. 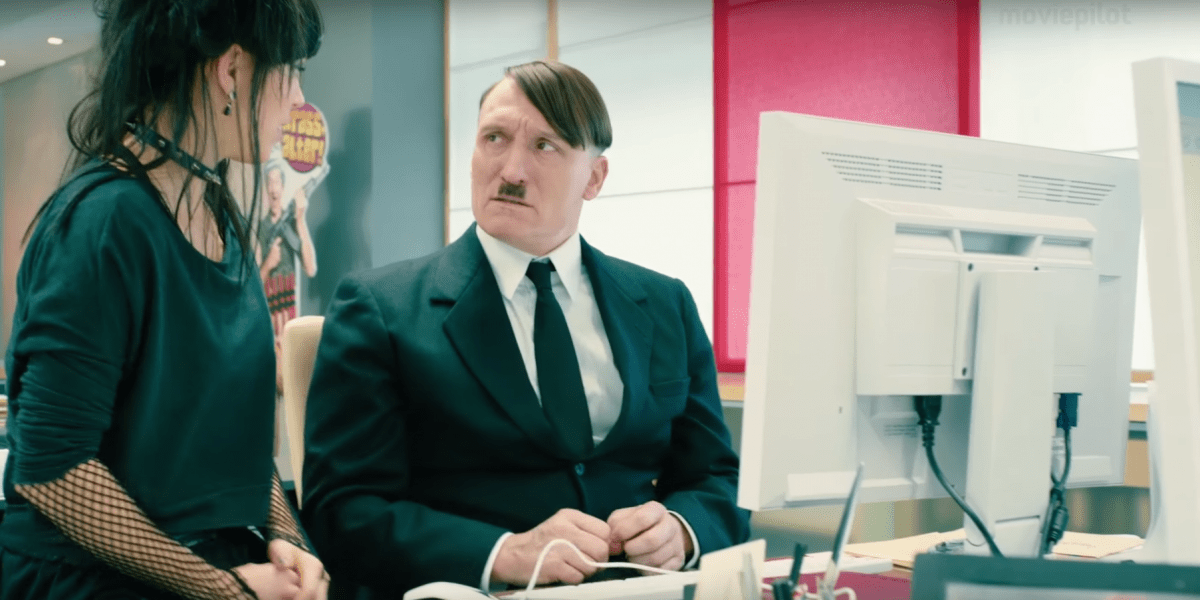 What it’s about: Adolf Hitler finds himself in the 21st century and immediately earns widespread media attention.

Why you should see it: The premise of ‘Look Who’s Back’ is a lot to take in. It’s funny, gleefully offensive, and unexpectedly necessary to watch. This is the story of how bad people rise when people don’t take them seriously. It’s sadly very relevant this year. 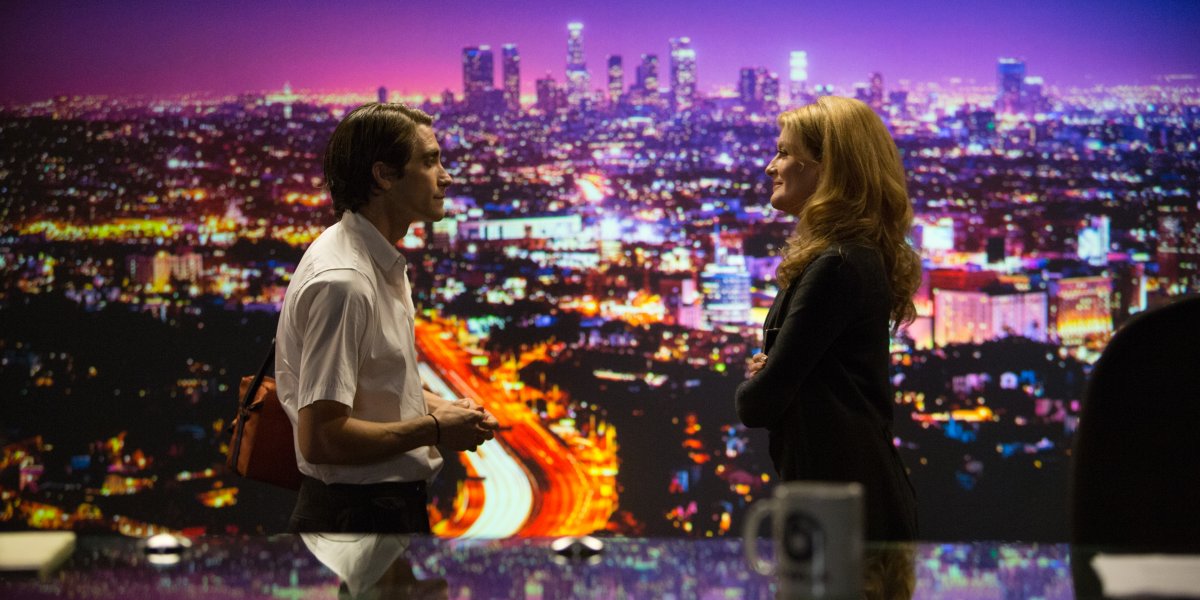 Synopsis: Lou Bloom (Jake Gyllenhaal), a man with a video camera, works hard to make his way to the top of Los Angeles crime journalism. But his ambition is often terrifying.

Why You Should See It: The fact Gyllenhaal wasn’t nominated for an Academy Award for ‘Nightcrawler’ was perhaps the most egregious snub of 2014. He really makes this character his own. Gyllenhaal brilliantly plays Lou as the kind of guy who understands business more than he understands people, to a sometimes tragic degree. 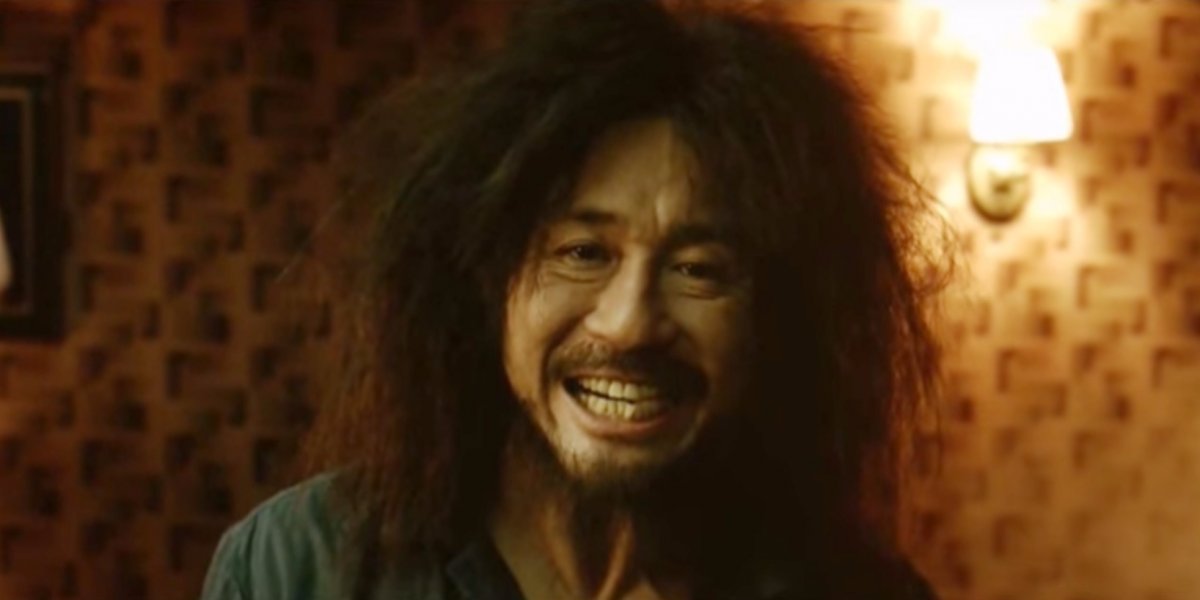 Synopsis: After 15 years of imprisonment, Oh Dae-su (Choi Min-sik) is released and given five days to get revenge on his captor.

Why You Should See It: Capped off by one of the most shocking twists in cinematic history, ‘Oldboy’ has yet to be topped; even an American remake couldn’t do this Korean film justice. The violence in this is so unfiltered and over-the-top that it even manages to make ‘Kill Bill’ look tame. ‘Oldboy’ may be the only film you watch in which a man eats a live octopus whole. 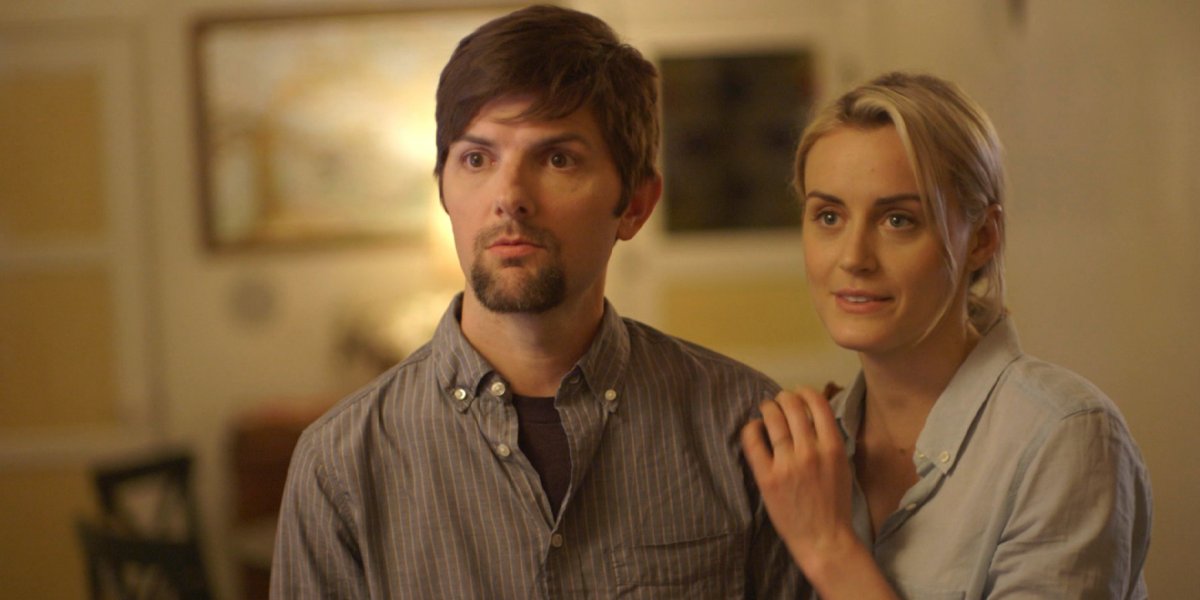 What it’s about: A couple new to the neighbourhood (Adam Scott, Taylor Schilling) meets a mysterious couple (Jason Schwartzman, Judith Godrèche) who shows them the weirdest night of their life.

Why you should see it: Mainly focusing on four people, ‘The Overnight’ knocks it out of the park with crude, uncomfortable humour. And at just 80 minutes long, it is a testament to the fact that more movies could benefit from being shorter. 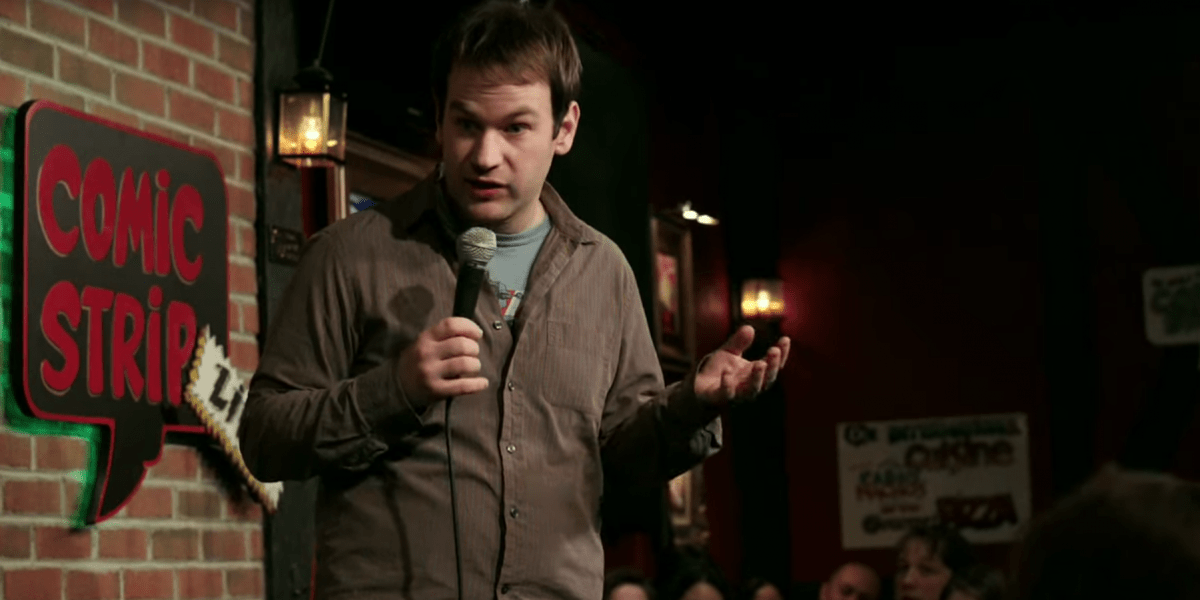 What it’s about: Based on Mike Birbiglia’s real life, comedian Matt Pandamiglio (Birbiglia) rises through the standup comedy ranks while dealing with a toxic relationship and sleep issues.

Why you should see it: If you’re a die hard comedy fan, then you likely already know this story through Birbiglia’s book and ‘This American Life’ episode of the same name. If you’re not, this is a charming, funny, and moving movie that is also a great introduction to one of America’s funniest comedians. 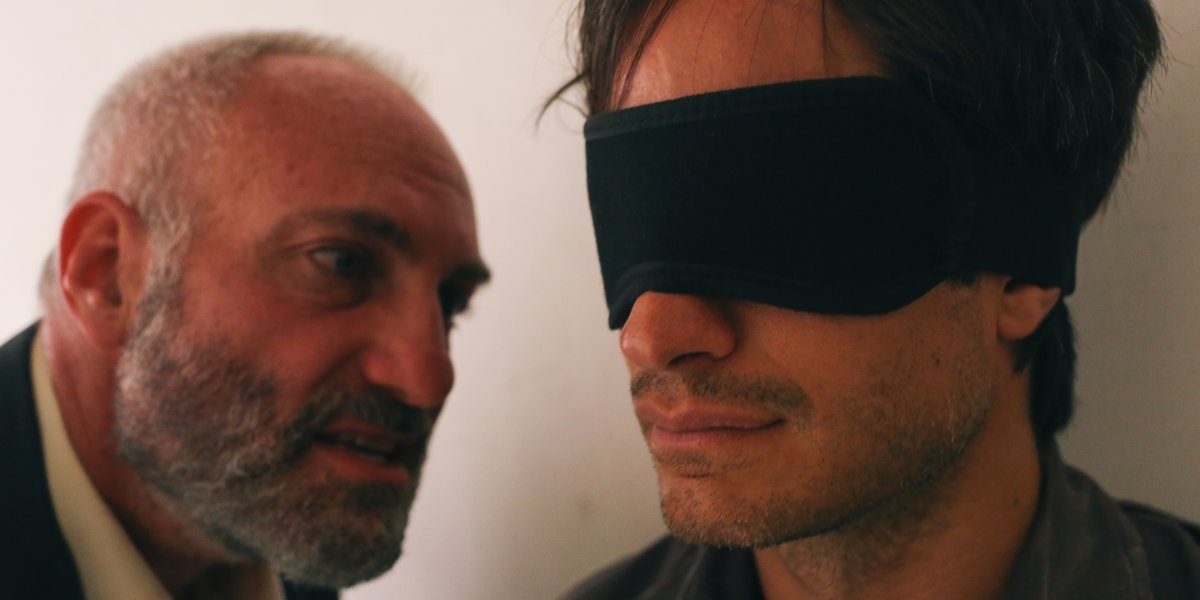 What it’s about: Journalist Maziar Bahari is accused of being a spy and detained in an Iranian prison.

Why you should see it: Jon Stewart took a summer off from hosting ‘The Daily Show’ to film ‘Rosewater.’ The story is incredibly close to his heart: Bahari starred in a ‘Daily Show’ segment which was used as evidence against him by the Revolutionary Guard. The movie is flawed, but it’s also personal, empathetic, and important. It will also make you do a little more reading on an incredible story. 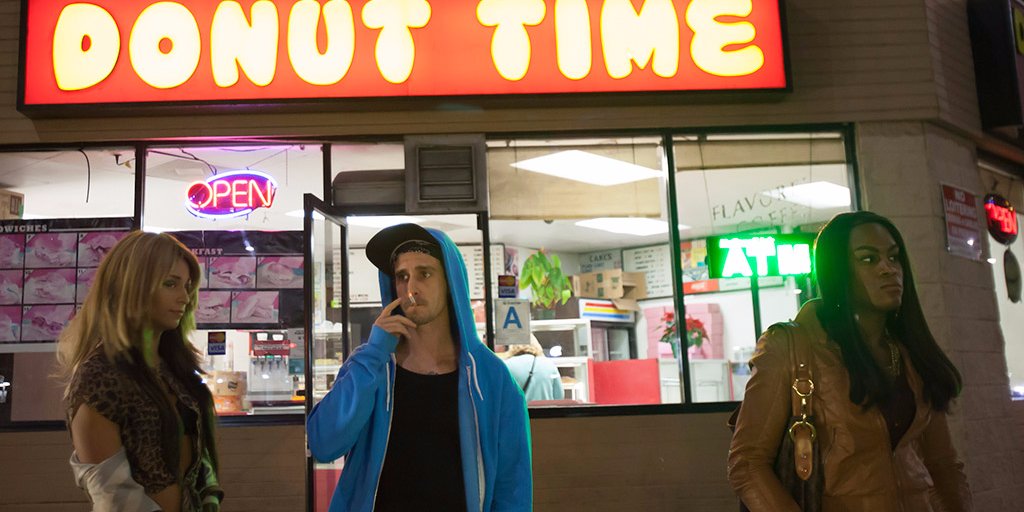 What it’s about: Two transgender sex workers roam the streets of Los Angeles looking for love.

Why you should see it: ‘Tangerine’ is shot entirely on a iPhone and follows two transgender characters. Yet, it never makes a big deal out of either of these things. It’s the most low-key groundbreaking movie you’ll ever see. What it’s about: This animated sci-fi short film portrays a mind-bending distant future.

Why you should see it: ‘World of Tomorrow’ was actually nominated for the Academy Award for Best Animated Short Film. The odd 17 minute long movie has beautiful animation from Don Hertzfeldt, who deserves to make a feature length animated movie already. Synopsis: After trying to cover up his troubled son’s unfortunate death, a schoolteacher (Robin Williams) accidentally attracts a media circus.

Why You Should See It: One of the last great performances from Robin Williams, ‘World’s Greatest Dad’ sees the actor at his saddest and most subdued. 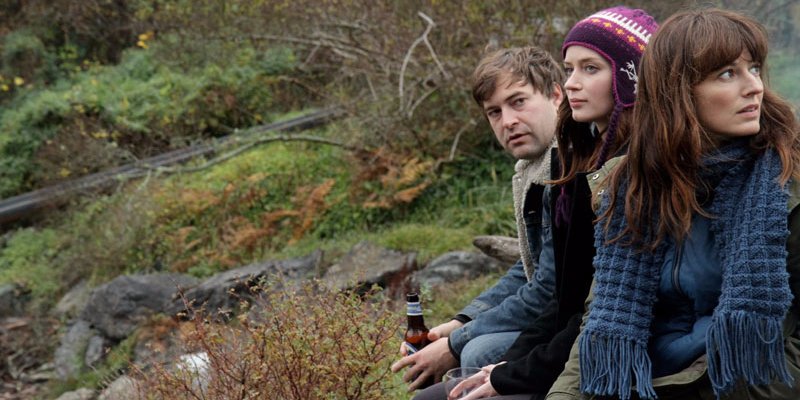 Synopsis: An unlikely love triangle forms between a guy (Mark Duplass) and two sisters (Emily Blunt and Rosemarie DeWitt) during a vacation at a remote cabin in the Pacific Northwest.

Why You Should See It: ‘Your Sister’s Sister’ came out in summer 2012 and was the perfect remedy for anybody who wanted to escape blockbuster season for just 90 minutes. This is a laid-back, stripped-down film that focuses mainly on three characters and a lot of talking. With very few locations and even less of a budget, the indie film proves that a lot can be done with a little. Synopsis: Daffi (Nelly Tagar) works a dull office job in the Israeli army and does everything she can to do as little as possible. For her and most of her coworkers, getting the high score in Minesweeper is more important than achieving higher rank in the army.

Why You Should See It: ‘Zero Motivation’ is one of the most pleasant surprises of the past few years. It finds comedy in unexpected places. Here is a comedy about war that has more in common with ‘Office Space’ than ‘Stripes.’ To this film’s credit, it leaves all Middle Eastern conflict and politics out. This is a dark, timeless war comedy.

The film has some very big fans in high places: Amy Poehler and Natasha Lyonne plan to adapt ‘Zero Motivation’ into a TV series for BBC America. 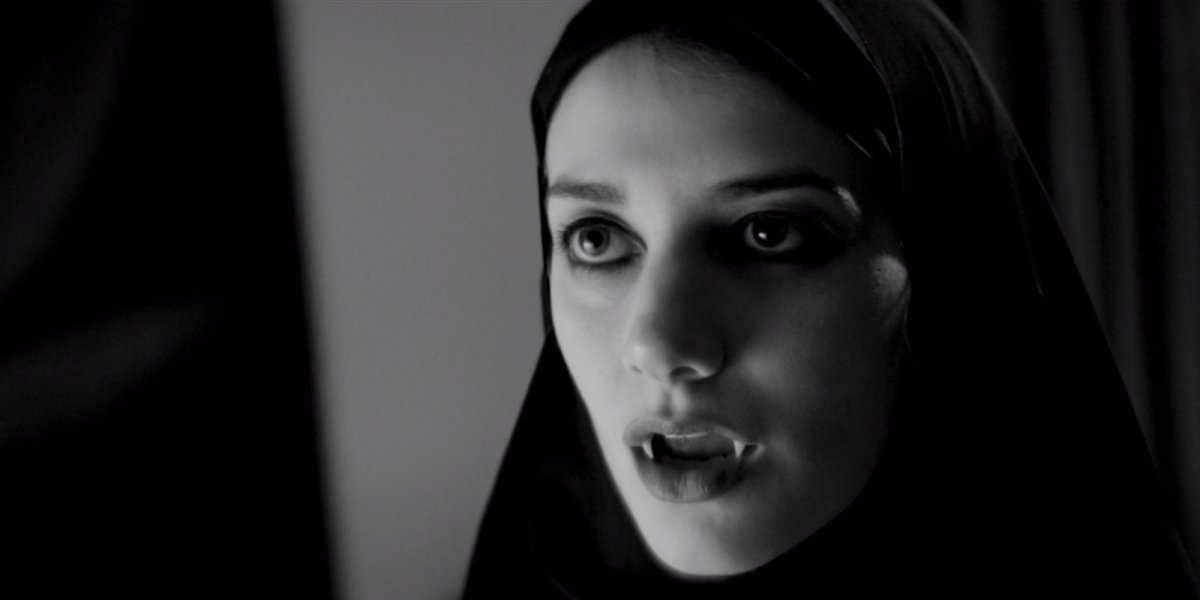 Why you should see it: The film was described as an Iranian vampire Western when it was first released in 2014, making it all the more intriguing. That description may be partially false: It was shot in California, but it was directed by an Iranian-American director, and all the characters speak in Farsi.

‘A Girl Walks Home Alone at Night’ is flawed but also riveting in many ways. Mainly, it doesn’t look and feel like anything else out today. This is Ana Lily Amirpour’s feature directorial debut. Directorial debuts don’t have to be perfect, but they should at least show a lot of promise. And boy does ‘A Girl Walks Home Alone at Night’ show a lot of insanely creative potential from its director.