Spend A Night In The Glass House From Black Mirror

Want to spend a night in the middle of a desert like a tech billionaire in need of a digital detox? If you haven’t binge-watched the new season of Black Mirror just yet, fair warning up top: this post contains spoilers.

On the second episode of the latest season, Billy Bauer, CEO of the Twitter-like social media platform, Smithereens, is on a 10-day silent meditation camp at a retreat in Utah; in the middle of a meditation session, he receives a call from our protagonist in a high-stakes hostage-situation (that, predictably, doesn’t end well for him).

As it turns out, you can stay in the very same glass home—and in the middle of a desert and overlooking a canyon—though it’s actually located in Grenada, Spain. The home is currently available for short term-stays of up to two nights and for two people at 150 euros a night. 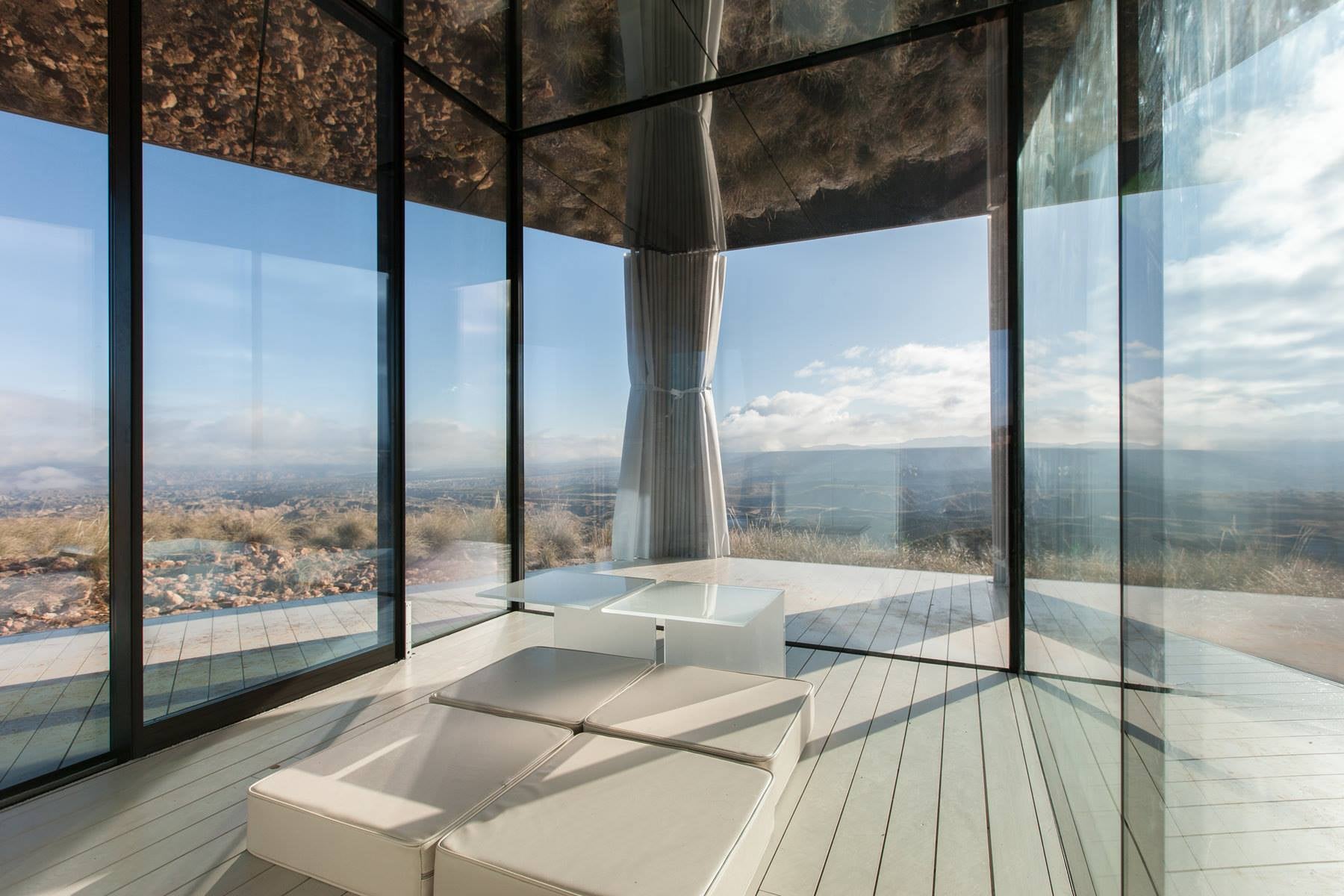 According to its website, La Casa Del Desierto was designed to showcase the ability of glass to withstand harsh weather conditions. (Guardian Glass, makers of the home’s glass, says the building can remain cool in spite of extreme temperatures and against any desert winds, so you don’t have to worry about staying there during the dry summer months.)

The 215-square foot home has one bedroom, one bathroom, a living room, and zero mirrors (who needs one in the desert?). And if you’re concerned about how you’ll charge your phone or laptop, there’s solar-powered electricity in the home. Water is stored in a tank beneath the property. If you’re not one for meditation, the home is a good spot for stargazing and a short-15 minute drive from the nearby Gorafe village, as well. 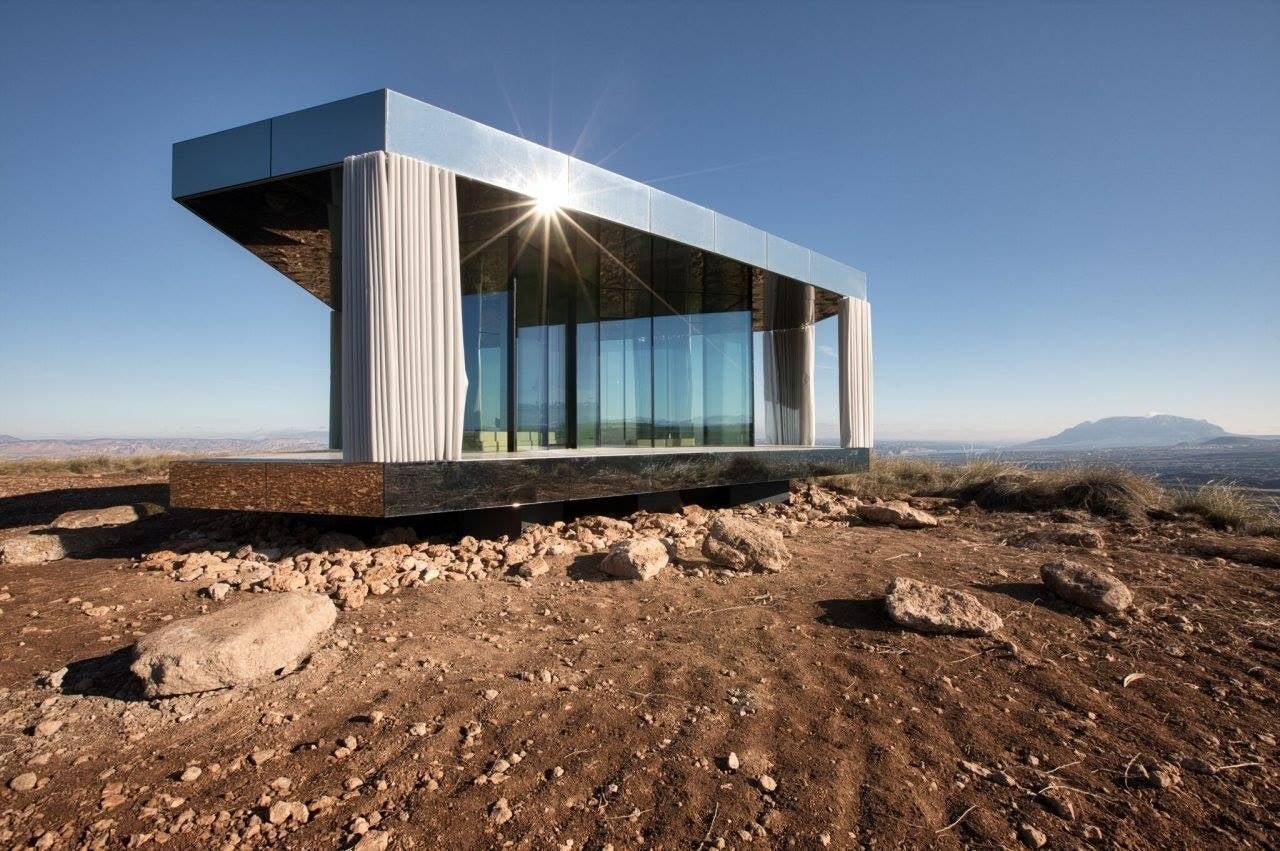 If you want to host your own silent meditation camp, you can make a reservation on the home’s website, which also includes a note that this is not a hotel—meaning you shouldn’t expect typical amenities like housekeeping or room service while on the property.