Using Tech To Break The Poverty And Pollution Cycles

I have to admit that my hackles rise and my BS radar beeps loudly whenever I hear someone talk about how blockchain technology will change the world. Once you get past the cryptocurrency hype many of the potential use-cases sound like someone is trying to force the latest buzzword solution into every problem they see. But a social endeavour takes blockchain tech and applies it to two major global issues; plastics pollution and poverty. That’s the mission of Plastic Bank

David Katz, the founder and CEO of Plastic Bank, spoke at this years IBM Think Summit, about these challenges and how the organisation is using technology to provide a solution using blockchain technology.

Katz says pollution in our seas is something many of us see as a major issue but it’s such a big problem that no matter how many beach clean-ups we participate in or ships we send to the oceans to sweep up the waste, it all seems futile.

“Think about walking into a kitchen with the sink overflowing,” he said. If your sink is overflowing, water seeping into the foundation of the home. Most people would panic. But what do you first? You turn off the tap”.

Cleaning up the mess would be futile without doing that first. Yet, the world plans to produce over 350 billion kilograms of plastics this year alone. Somewhere between 8-12 billion kilos of that will end up in the ocean, adding to the 150 billion already there. The thing is, much of that waste isn’t coming from wealthy western nations; it’s coming from poor nations. 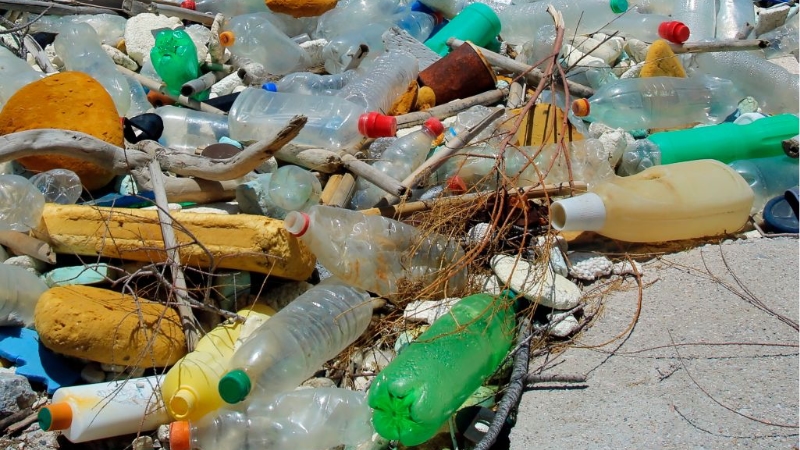 “When you live in abject poverty, as much of the world does, existing on under a dollar day… what possible consideration could you give to recycling?” he asks.

Katz likens the vast amounts of recyclable waste in countries like Haiti to being “fields of diamonds”. The trouble is, there’s no one that wants to buy those “diamonds”.

Plastic Bank is an ecosystem that brings together impoverished people with a massive network of stores. People can used recyclable plastics as currency to purchase goods.

It can be used to pay for healthcare, wifi, school books, cooking materials – almost anything that a family needs to not just survive but to help move them out of poverty. It makes people into “recycling entrepreneurs”. People can use plastic to pay for a doctor’s bill. Or a child’s tuition.

The funds are deposited into an online account, protecting potentially vulnerable people from robbery.

The banking application uses blockchain that allows for the safe and effective transfer of value. So, a collector in one area can safely transfer funds to a family member in another region. The system also allows people to create credit in the system by bringing other people into the network.

It’s even being used by churches in Brazil. Instead of putting money in collection plates, parishioners can bring recyclable waste which is then converted to funds and services the church can use to service its community.